Closer to home and in far more pleasant conditions, Sunday 8th October, saw a group of red & white hooped runners enjoying the Autumnal sunshine around Brontë Country at the well-organised Within’s Skyline fell race. The 6.2-mile race, with its 820ft of ascent, takes in a steep climb and plenty of bogs, as racers slog up to Top Withins, before enjoying some fast downhill trails back to Penistone Hill, via the famous Brontë Bridge. 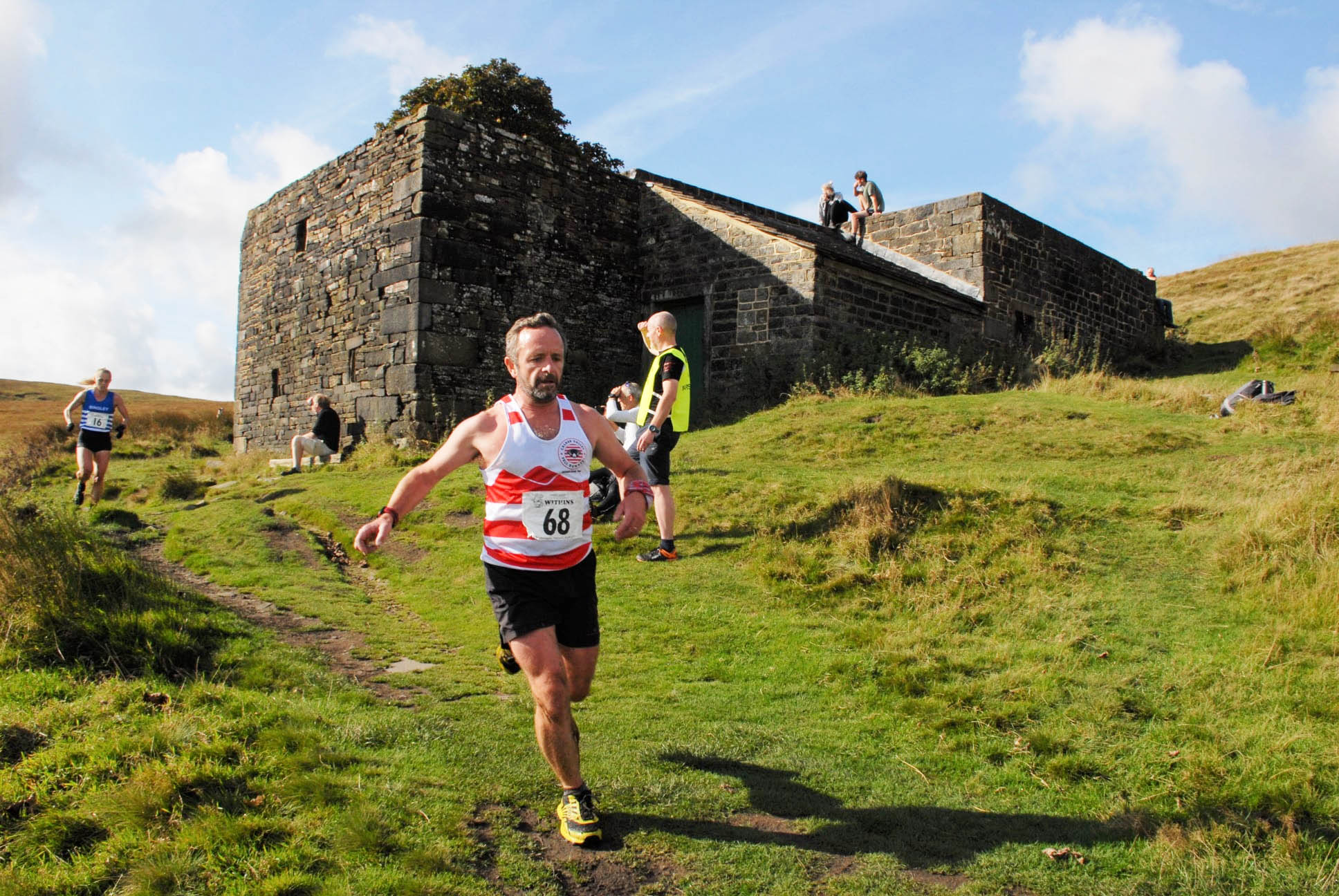 Whilst provisional results had yet to be published on going to press, this year, Phil Wells was the first CVFR over the line in 22nd place overall. He was followed Tristan Watson in 52nd place, with veteran runners Andrew Davies & Anthony Costello respectively 63rd & 74th overall, & Andy Smith the fifth CVFR to complete the course in 120th place overall. 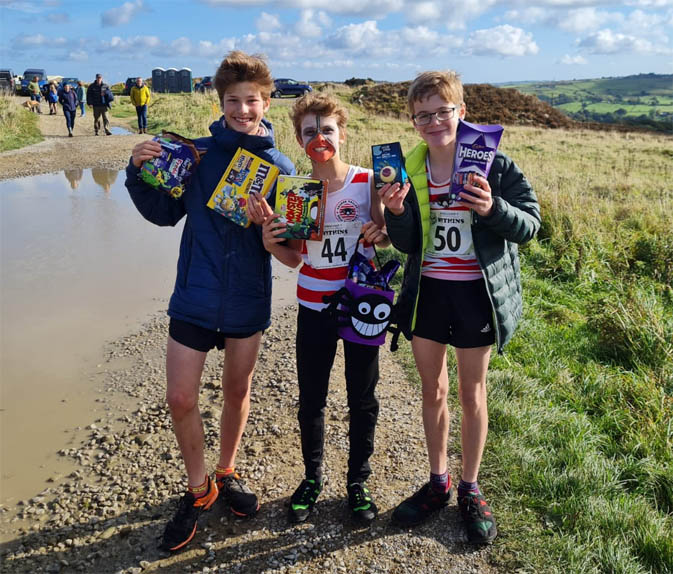 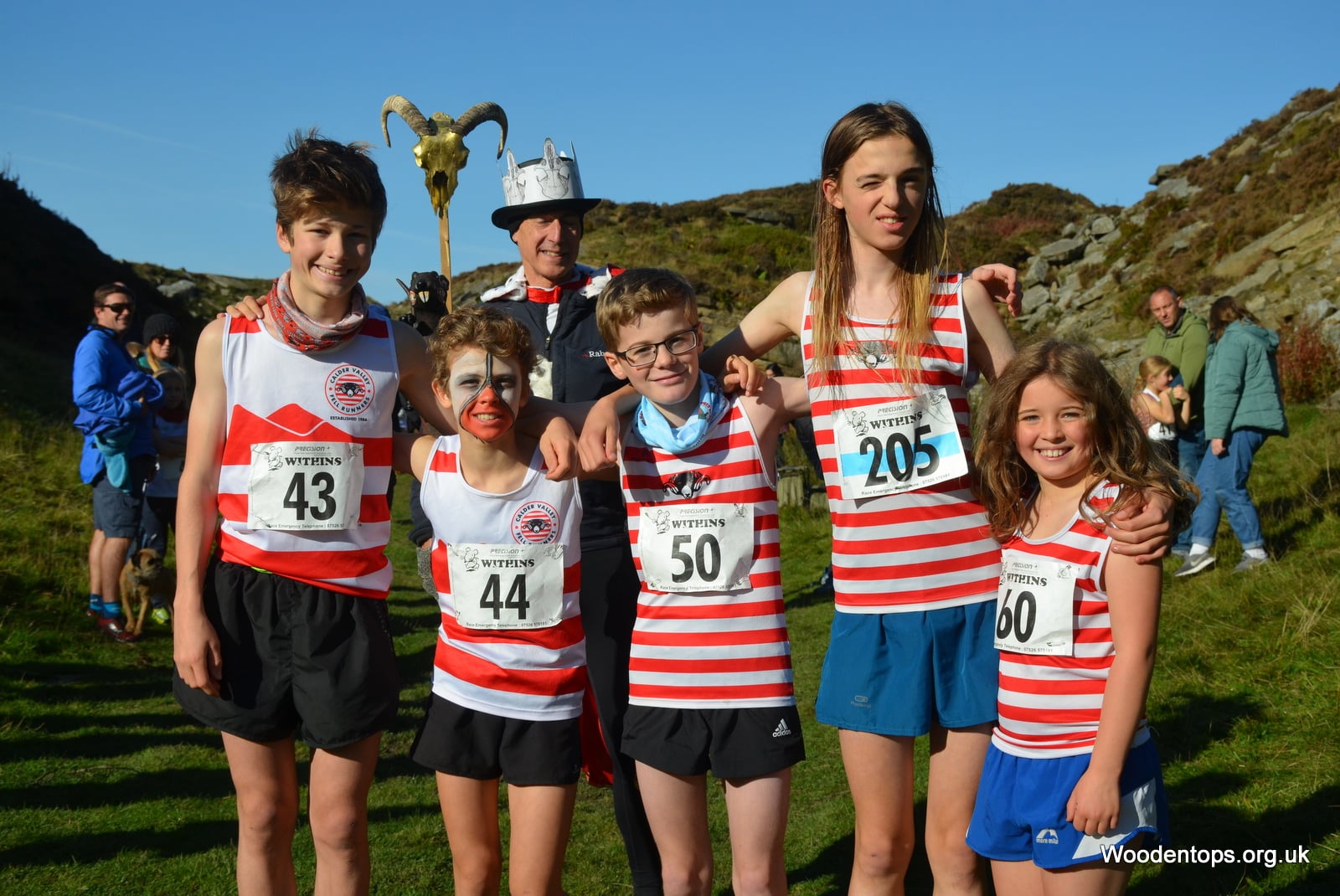 However, the day belonged to the CVFR juniors, who put in a cracking show of force in the day’s earlier ‘rat run’ races around the Penistone Hill quarry. The younger Calder Valley runners won a slew of podium places. Third place spots went to Ishbel Symington in the U9’s girls’ race & to Thomas McKee in the U15’s boys’ race. Second place went to Noah de Wit in the U13’s race. However, it was the pocket rocket, Clara McKee, who once again smashed expectations. McKee topped an amazing ‘squeezed’ season of races by not only finishing first girl in the U15’s (& U13’s races) but crossing the line fourth overall in the U15’s race & shredding the previous girls’ race record time in the process. There were also strong runs from Leo Illstone (2nd Under 17) & his sister Georgie – all in all, an incredibly successful morning’s work for our juniors.