This weekend’s senior races were dominated by the big hitters, the go-big-or-go-home races: The ultras. Two of the most anticipated events in the fell runner’s diary fell on Saturday 9th October: The infamous ‘Lakes in a Day’ & the Three Peaks – with neither race name leaving any shadow of doubt as to what runners should expect. 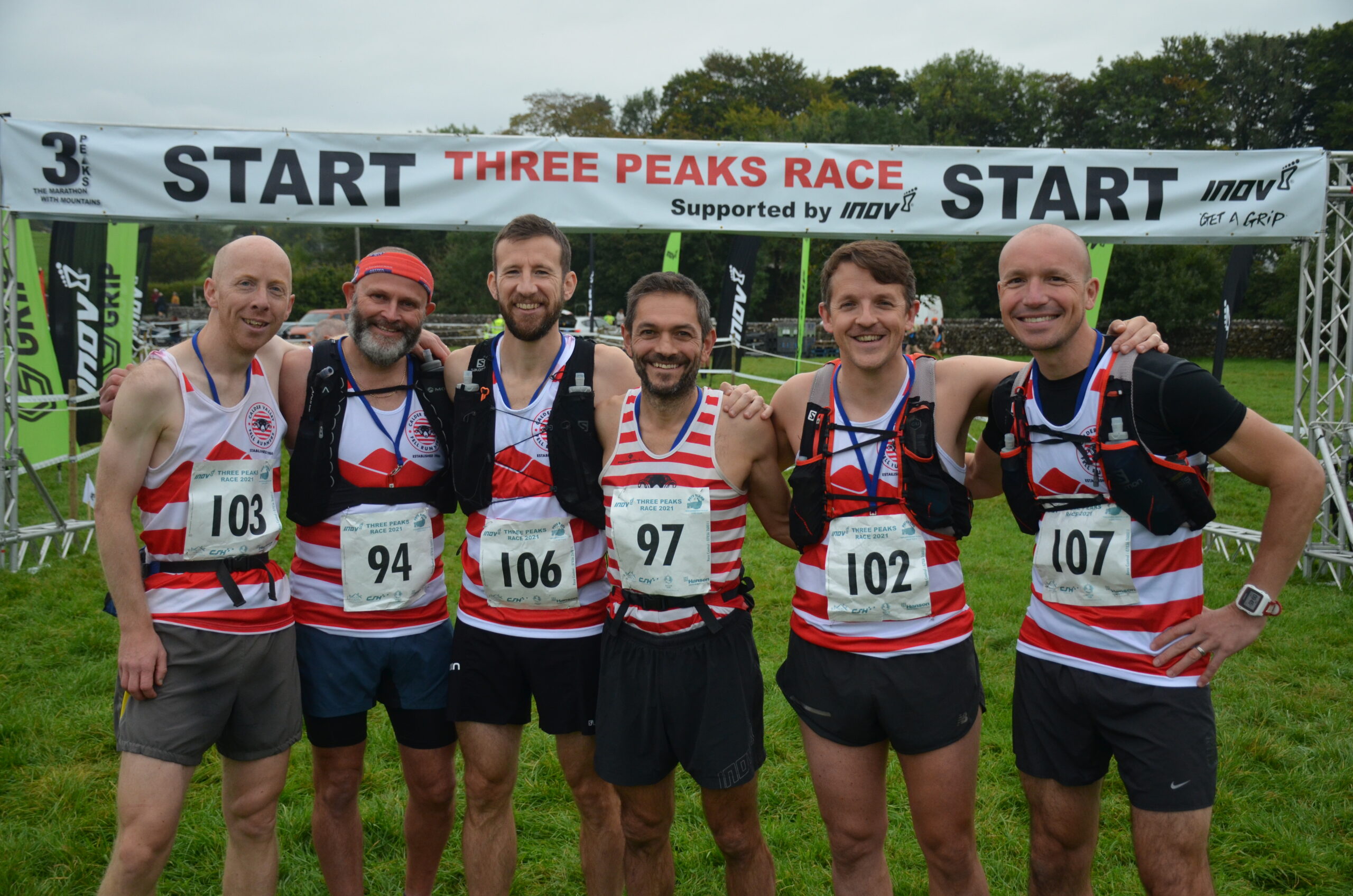 All smiles at the start – photo courtesy of Woodentops

416 runners finished the 66th Three Peaks Fell Race (sponsored by Inov8), completing the 37.4-kilometre rugged course (with its 1608 metres ascent – including a climb up to 723m above sea level). One of the oldest & most famous fell races in Britain, the Three Peaks traverses the famous Yorkshire Dales mountains of Pen-y-ghent, Whernside and Ingleborough. Whilst this is not the toughest of races technically, it remains challenging due to the sections of fast running, broken up by three tough climbs & descents which make it difficult to pace & judge when to push and when to hold back.

An amazing day of running for CVFR culminated with a V50 record for Karl Gray, who finished the race in a staggering 3 hours, 7 minutes & 34 seconds – an amazing feat, especially given the anything but clement weather. Gray finished not only in 4th place overall but outright won the MV50 race by the proverbial country mile – crossing the line 30 minutes ahead of any other MV50 runner.

Reflecting back on the race, Gray, in typically self-depreciating style, highlighted how this ‘superbly organised’ event, with its ‘amazing atmosphere & spectators’ – spurring runners on at various points in the course, really seems to suit him. He reported that on setting off he’d not known what to expect, mindful of his lack of targeted training due to COVID & this year’s condensed championships series. He’d been aware he’d not only not put the usual mileage into preparing for this kind of event, but also not raced anything comparable since June, he is not surprisingly ‘super proud’ at having broken the previous V50 record.

Like the 3 Peaks, the “Lakes in a Day” does exactly what is says on the tin & sees competitors completing an epic journey from North to South of the Lakes District. This year, runners also had rather a lot of typical wild Lakeland weather thrown in for good measure.

CVFR runner, Gill Dickson describes how, after running the race in 2018, in storms and floods, she swore she would never do it again. However, somehow, she & her two racing buddies – Stella Chrisanthou and Diane Wright – ended up talking each other into the 2021 race. 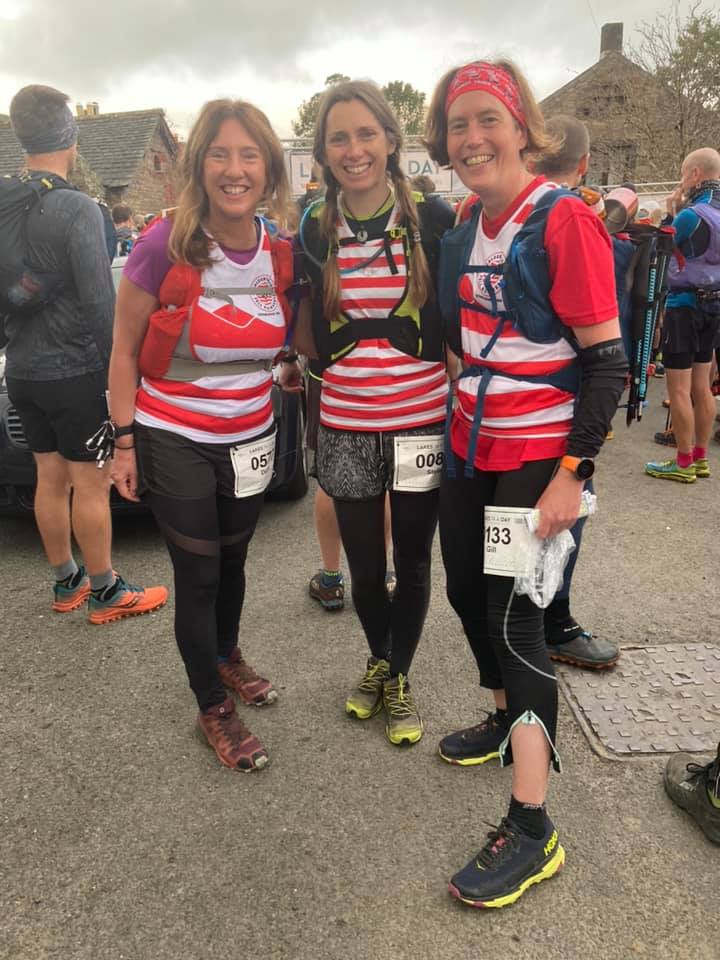 The heavy clag and rain on the tops made progress slow and the trio arrived at Ambleside (30 miles in), after a gruelling 11 hours on the tops. This latter had included the infamous descent down Halls Fell ridge off Blencathra, where Dickson recalls how she had been ‘terrified’ in the mist & rain of falling over the edge, but teamwork got the runners down safely and in one piece. “That last 20 miles, although flagged and relatively low level, was relentless” & it felt at times like they were “never going to make it to the end”. But they persevered & are so proud of themselves for completing the 50 miles with its almost 13,000 ft of climb in under 20.5h.

Storming ahead for the red & white stripes was CVFR’s Cass Chisholm – who was almost at the finish (another 20 miles) when Gill & crew made it to Ambleside. Crisholm, who crossed the line in an impressive 7th place for the female races (5th in the open age category), in only 12h 49 minutes & 54 seconds, commented that whilst it had been ‘a really tough day out’ she was ‘very pleased’ with her result.

Elsewhere, this weekend saw Kevin Hoult run a great race at the Rotherham Round. Hoult finished this 50-mile race in 2nd place overall (& also 2nd in the MV40 category). Whilst this race is relatively flat, it is fast & relentless, kudos to Hoult for finishing in a shave over 7 hours – only 17 minutes behind the winner & an astounding 50 minutes ahead of the rest of the field.