With the start of the summer holidays, this week’s been slightly quieter on the racing front, but there were still some great results for the red & white stripes.

Friday, 23rd July saw a handful of local runners competing in Ambleside’s Wansfell Uphill Only Race. Not one for the faint hearted, this brutal evening event is a real test of strength & endurance, with 400m of climb in only 2km, made doubly hard by the recent heat & humidity.

Andrew Worster (who took a detour on the way to the race to support his partner, Todmorden Harriers’ Kim Ashworth, in the infamous Lakeland 50) may have been Calder Valley’s only runner in this event, but he made it count. The uphill course to the top of Wansfell played to Worster’s strengths & he finished the punishing route in an outstanding 14 minutes & 15 seconds. This secured him second place – only 8 seconds behind the race winner, Chris Richards of Helm Hill Runners. Worcester was ‘pretty chuffed’ at his result, & his £100 cash prize! 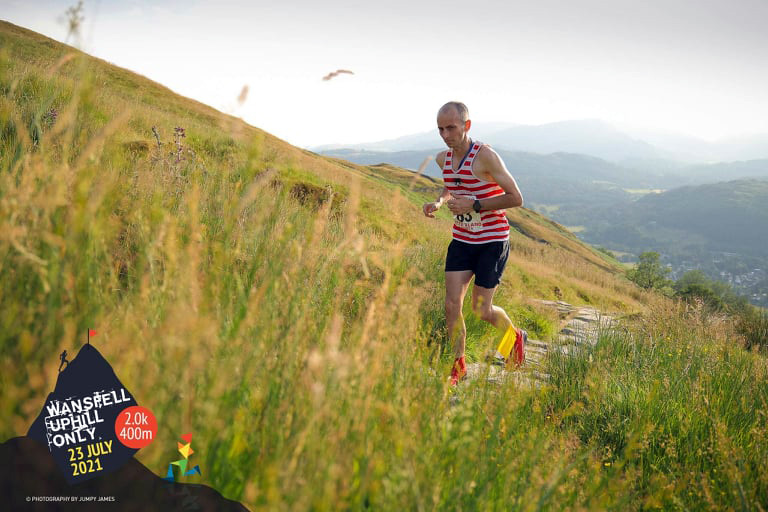 Worster was joined by many more of his club mates running this Sunday, 1st August, at the Pete Bland Kentmere Horsehoe Fell Race. 481 runners lined up to compete in this 19.8km/12.3-mile race (complete with 1006m / 3300ft of ascent) English Championship Counter event. Worster ran another cracking race to take overall sixth place, finishing in just shy of 1hr 30 mins later. Second over the line for Calder Valley, was Darren Kay, in 11th place overall and he was also the first veteran runner to cross the line, outright winning the MV50 race, (as well as finishing before any MV40 or MV45 racers).

Fellow MV50 racer, Gavin Mulholland also ran well, despite not starting as quickly as he would have liked on the steep initial climb, to finish second in the MV50 category. There was also a strong run from the red & white-hooped Adam Osborne, who finished 38th overall & second in the MV40 race in 1h37:37.

Closely on Osborne heels, Calder Valley’s Ed Hyland crossed the line in 40th place overall. Despite bemoaning his lack of skills in the ascent, Hyland had managed to pull back more than 10 places in an impressive descent. There was also a first for the red & white hoops in the MV65 age category, with Stephan Morran completing the gruelling course in just under 2h 5 minutes – an impressive five minutes ahead of the second placed runner in his age category.

In the women’s races, CVFR’s Cass Chisholm finished in just under 2h25 minutes in 75th place (40th in the open women’s category). Second women over the line for the red & white stripes was Charlotte Wetton in 2h42:02 (48th in the women’s open category).

There were also some noteworthy results from newer club members & good runs from several familiar faces. Math Roberts finished in 60th place overall, 6th in the MV40 race. Stephen Morran & Kirean O’Prey finished 201st & 202nd in just over 2 hours. Gavin Ropper finished 311th (38th in the MV40 category), Toby Sydes finish 317th overall (24th in the MV50 category) & Ben Mason crossed the line in 394th. Joe Nerini, who ran well to finish 336th; commented how runners were thankful that visibility remained good, despite the change in weather conditions, as this is the kind of race that offers ‘plenty of opportunities to sprain an ankle’. Nerini was also keen to emphasise how the race was not only very well attended & impeccably organized, but also included a number of ‘touching & emotional tributes to Pete Bland’ – the fell running racing icon & previous organizer of the Kentmere Horsehoe (amongst other races) who sadly passed away at the end of last year from COVID, aged 79. 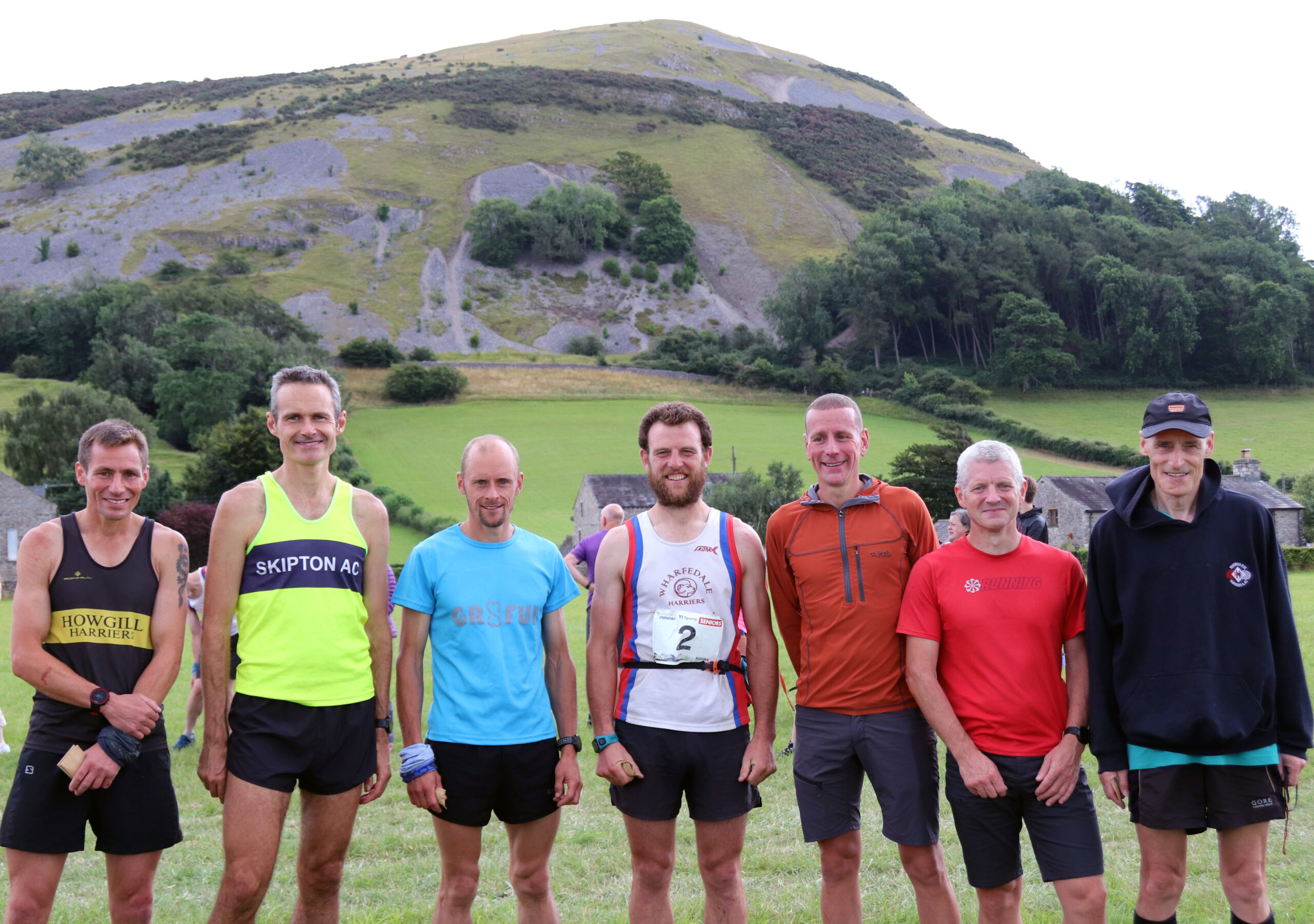 In the U17 race, Euan Logue showed it was ‘like father like son’, running a storming time on the same route as the senior men’s race, to finish fifth boy in an impressive 22:33.