The middle weeks of August are a quiet time in the fell running calendar but Calder Valley runners have been out and about flying the flag and coming home with silverware. 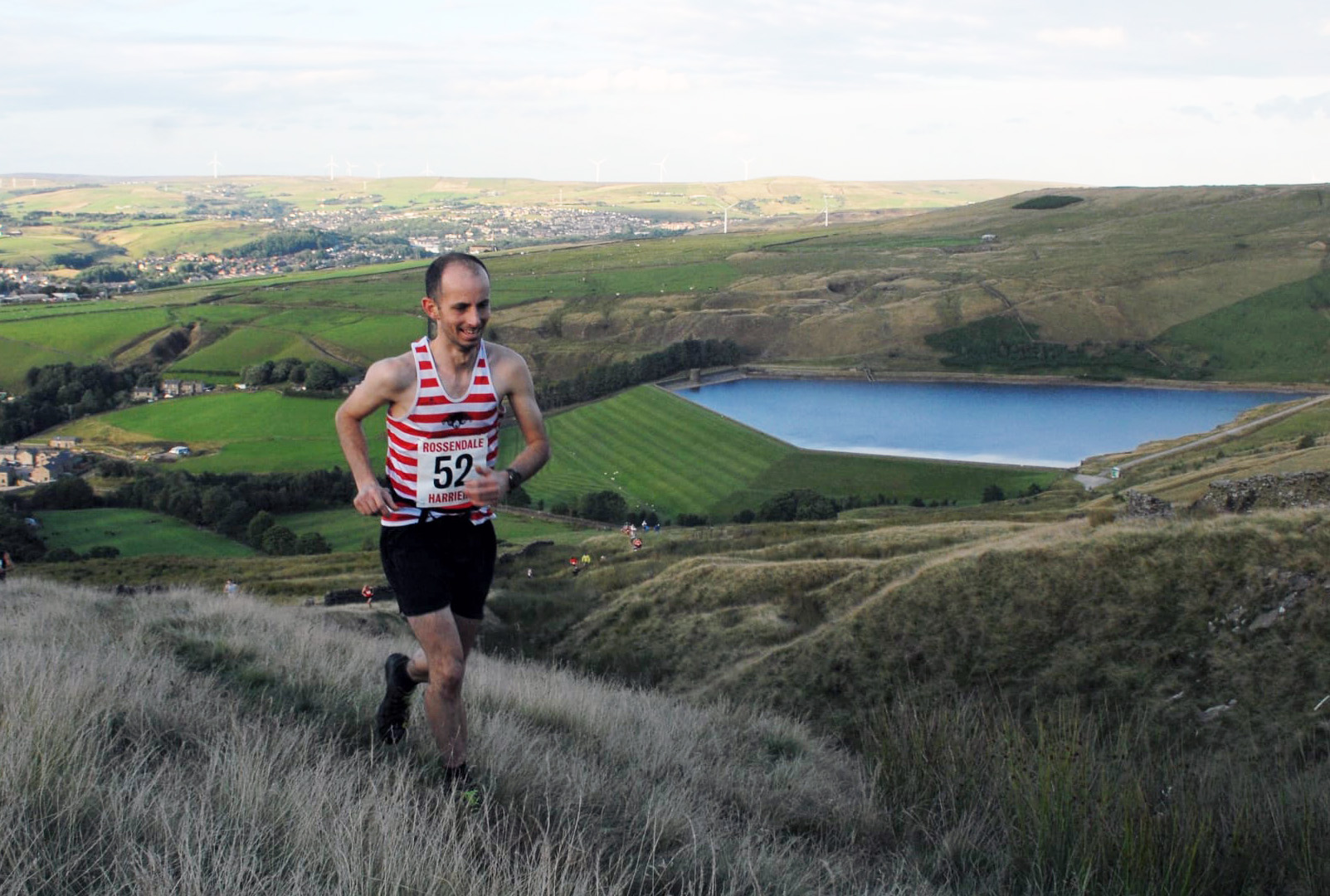 Andy as he climbs to victory – photo courtesy of Mick Fryer

First up was Whittle Pike on Thursday evening – reputedly one of the hardest five-mile fell races in the country – short, steep and over some really tough terrain. Rossendale Harriers know how to put on a challenging event and the 488m of climbing includes a final ascent to the finish line. Throw in plenty of mud, lots of heather, a few bogs and a humid August evening and this proved to be the perfect race for CVFR runners with a clean sweep of the first three spots. The Men’s team prize was completed by a good 10th position for Charlie Parkinson who also claimed the MU23 title. 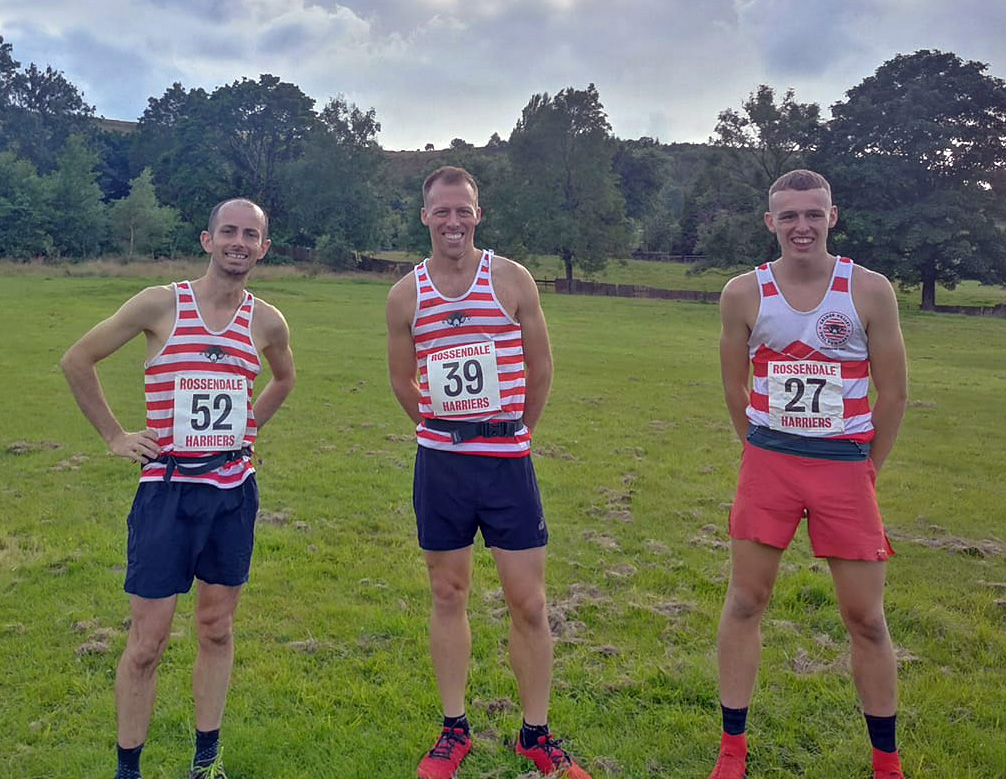 Andrew Worster, Darren Kay and Ed Hyland came in first, second and third respectively with Andrew coming home in a time of 43 mins 44 secs closely followed by Darren who claimed the M50 prize. Also running in club colours were Phil Scarf, Jackie Scarf and Andrew Smith. Jackie was the sole representative of CVFR’s women for the evening and posted a good time of 1hr 8mins to claim the 8th female finisher’s spot.

“A great evening, a tough run and a well organised race – thank you Rossendale Harriers”

The weekend saw club members heading off to Eldwick Gala. Elijjah Peers Webb was outstanding at the 50th running of the Eldwick Gala fell race.

Organised by Bingley Harriers, the race is a 3-mile dash from Eldwick Memorial Hall, up nearby Baildon Moor and back, finishing in front of an appreciative crowd on the gala field.

Elijah climbed strongly, moving easily into the top 10 on the final drag to the finish line, claiming 8th position overall and 1st MU17 with a time of 19mins 27secs. The race was won by Joe Baxter of Pudsey & Bramley with Katie Walshaw of Holmfirth Harriers the first women home in 19mins 30secs.

Other Calder runners included a return to racing for Adam Breaks with a good run and 3rd MV40 and 13th position overall and MV60 Steve Cavell completing the race in just over 30 minutes.