The weekend of the 24th and 25th July turned into a Super Weekender for fell running in general and Calder Valley Fell Running Club in particular. The July heatwave carried through into the weekend making competitive running a really tough option. CVFR had club members racing at Buttermere Horseshoe, Holme Moss and Turnslack with resounding success for some of our more experienced runners and great achievements for fellrunning novice members.

Add in some extraordinary achievements in the Lakeland 100 (that’s 100 plus MILES) in the previous week and a double Yorkshire Three Peaks (see separate report for details) in under nine hours and that’s a recipe for sunstroke if ever there was. 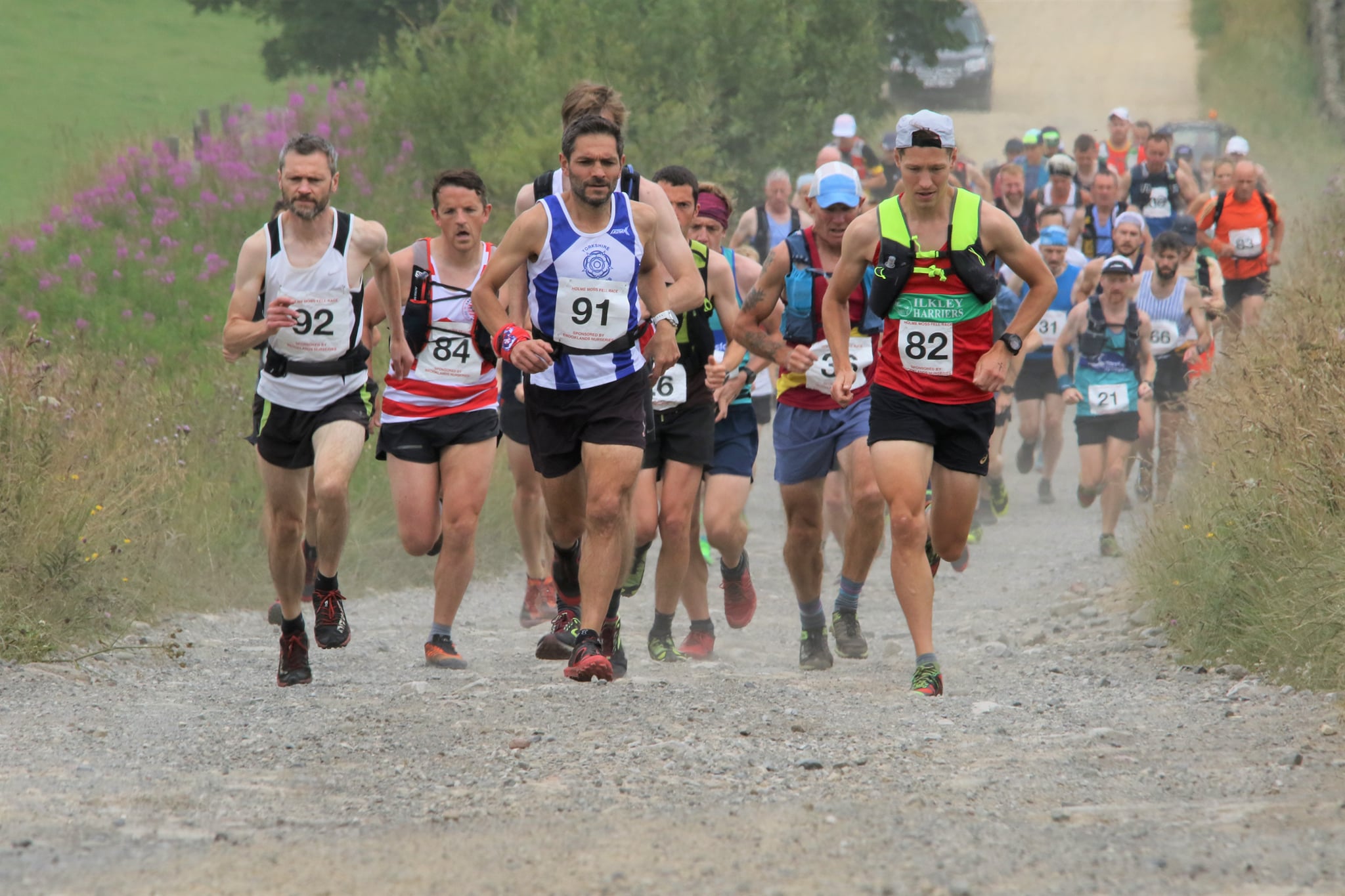 And they’re off at Holme Moss

Fell racing might not yet be an Olympic sport but at Holme Moss (Holmfirth) Calder Valley was represented by a trio of hot shot runners. Karl Gray has been winning races as far back as most of us can remember and he was at it again claiming the gold medal in 2 hours and 40 minutes for the 28.5km course. Karl didn’t have it all his own way with club mate and arch rival Gav Mulholland pushing him the whole way to claim a brilliant silver medal position. With first and second places on the podium sewn up by two Calder Valley Vet 50s, club stalwart Mark O’Connor came in 5th in a respectable time of 3hrs 8 mins giving the club the honour of three of the first five places in a field of 93 runners. 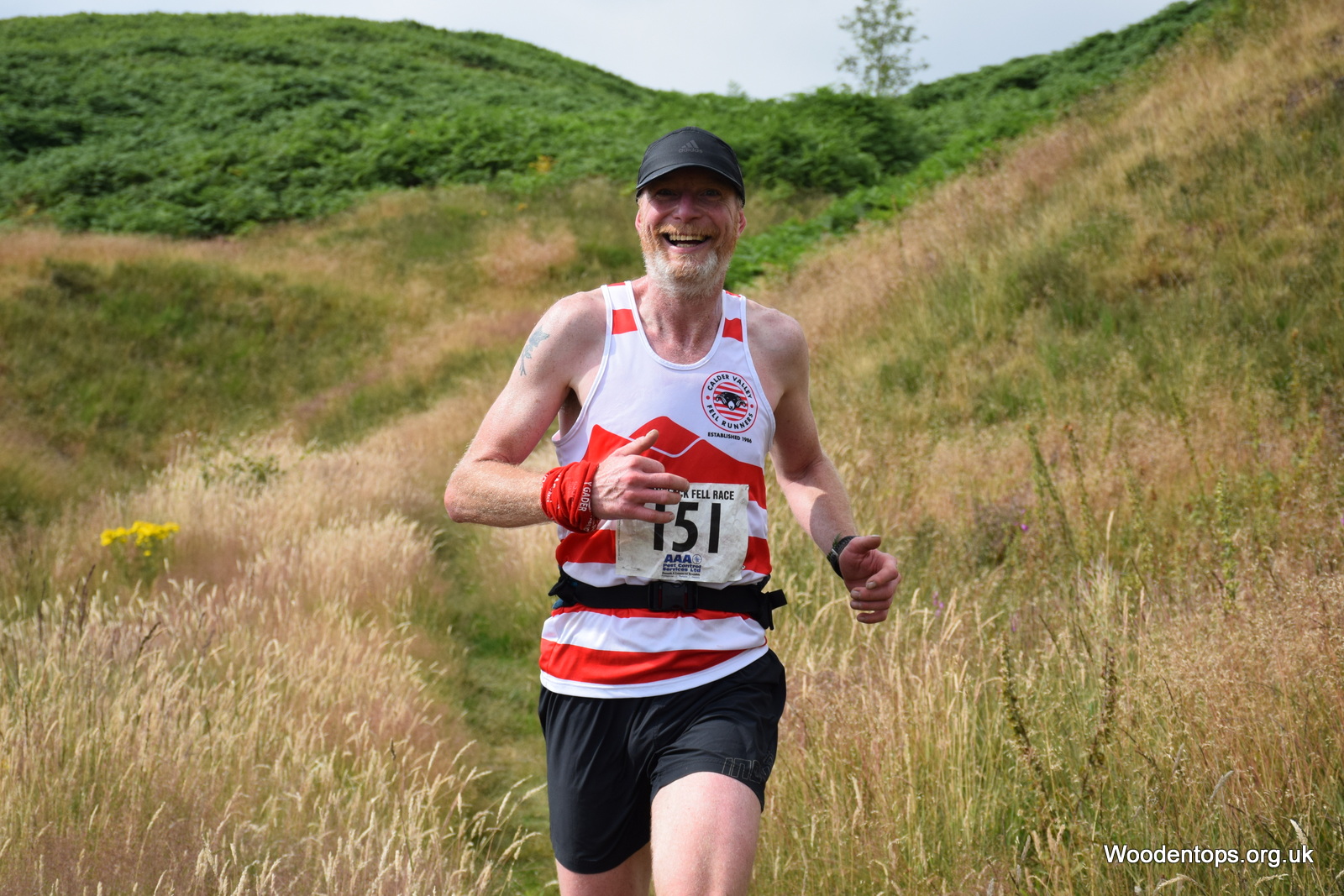 Looks like Wilf is enjoying this far too much!!!

Tortuous Turnslack Toughie is the new strap line for Turnslack Fell Race where Jason ‘Wilf’ Williams got back to the fells after a break and looks like he’s fallen in love with the sport again. Despite forgetting to apply sunscreen in the most obvious places, he claimed 4th place overall and 1st in the vet categories in a time of 1hr 11m. Turnslack is a 12.9km course around the fells of Summit near Littleborough and for some this was the apex of their fell running career to date. 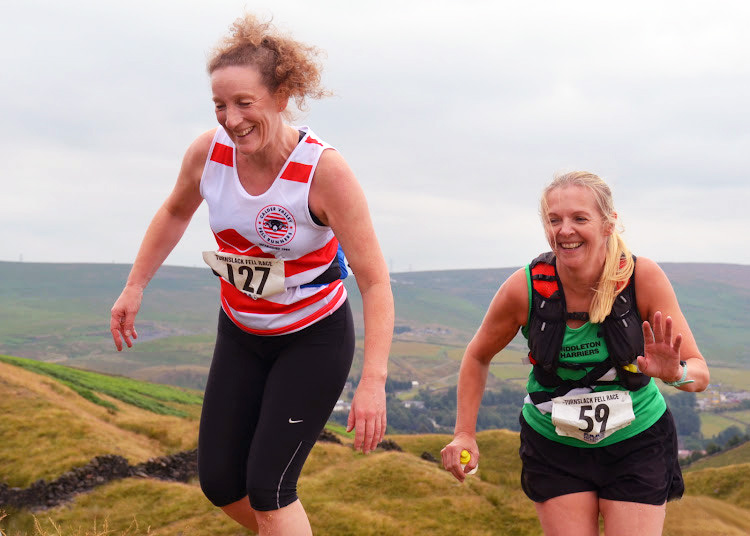 For new club member Zoe Dee, this was only her second ever fell race and what weather to pick for it. Zoe described the experience as “like being run over by a freight train” but managed a smile all the way round. Giles Simon, Jon Wilson and Paul Shaw all had good runs in the CVFR vest in tough conditions. 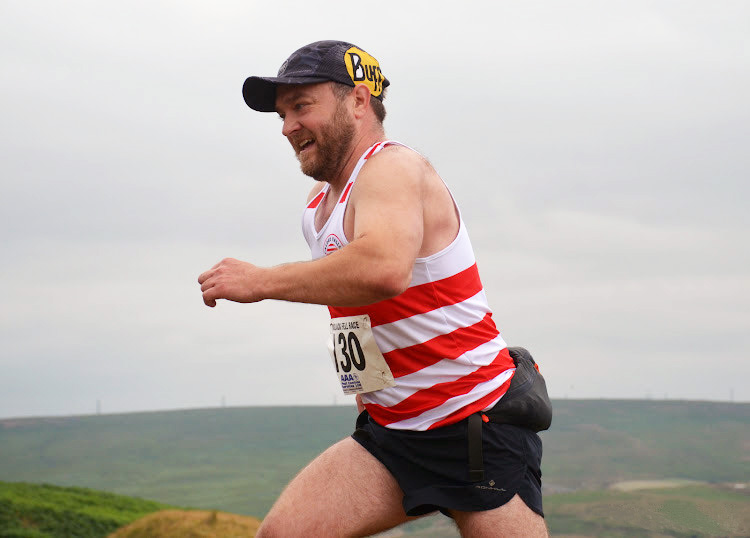 If Turnslack is a toughie the Lakeland 100 was described as “brutal – sweat, sweat and some more” by club veteran ultra-runner Kevin Hoult who completed the 105-mile virtual challenge in 26 hrs 57 mins.  This year’s Lakeland was set up as a virtual event with competitors completing the course within a 7- day window. 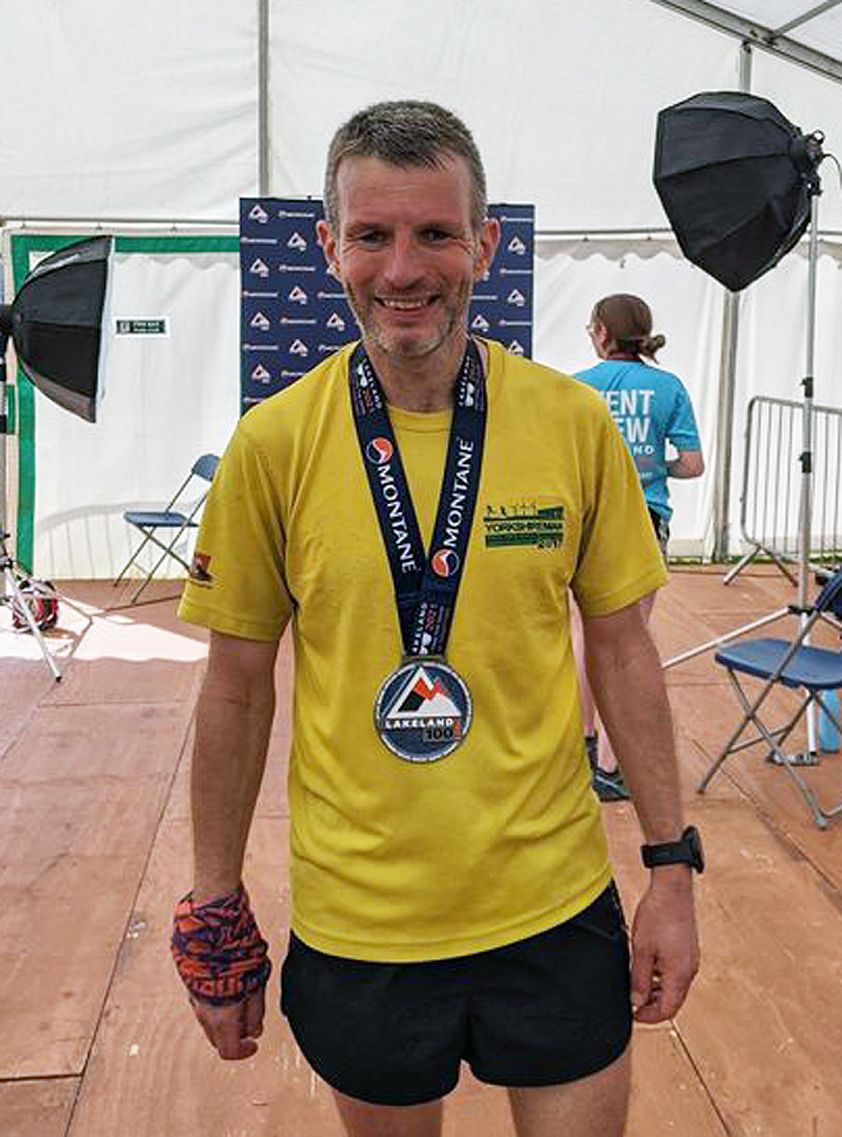 Dougie looking rather chuffed with his 5th place

CVFR was well represented by Dan Biggs, Martin Davies, Simon Bourne and Dougie Zinis with Dougie following-up his Spine Challenger success in 2019 with the fastest Lakeland 100 run by a Yorkshireman posting a time of 22hrs 53 mins to take 5th place overall. Dougie’s verdict was simple  – “heat and blisters”. 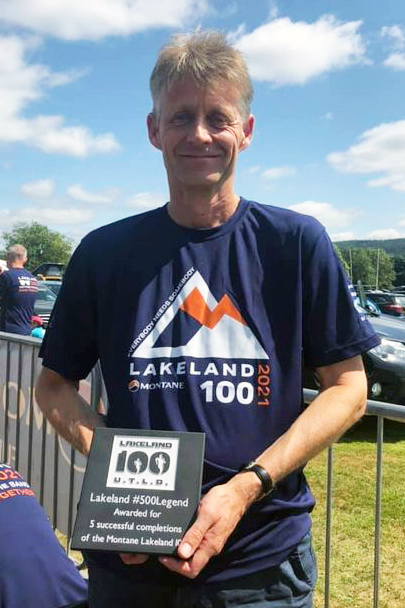 Simon Bourne (28 hrs 34mins) joined the Lakeland 500 Legends Club – runners who have completed the challenge on five occasions. “Almost a perfect weekend – stunning scenery, great company and fantastic support – just 105 miles of sore legs!”. Inspired by Kevin, Simon and Dougie, Martin Davies took up the challenge this week and was doing well over the early stages of the race. A combination of a leg injury and a “navigational detour” pushed him right back down the field and he was happy in the end to complete the race in a respectable 33 hrs 32 mins.

Andy Smith completed the Denholme Doddle, a 27 mile ultra walk and running route over the weekend. Andy entered as a walker and was the first walker home in 8 hrs 24 mins with a few blisters to show for his troubles.