Calder Valley had its specialist short race team out for the mid-week Kettlewell Anniversary Fell Race. It’s great to see experience paying off in fell racing. Darren Kay (36.53) finished third in a strong field and was first in the M50 age category followed closely by Karl Gray (38.19) in sixth and second placed M50.  The red and white hoops are confident of a team victory once the final results are published with Steve Smith making up the trio of Calder Valley M50’s with a time of 47.24.

New club members, April Caulfield and Will Stewart ran in the club vest for the first time. April only started running the fells a few weeks ago and in her first ever fell race posted a good time of 50.45 with Will finishing in 50.26. 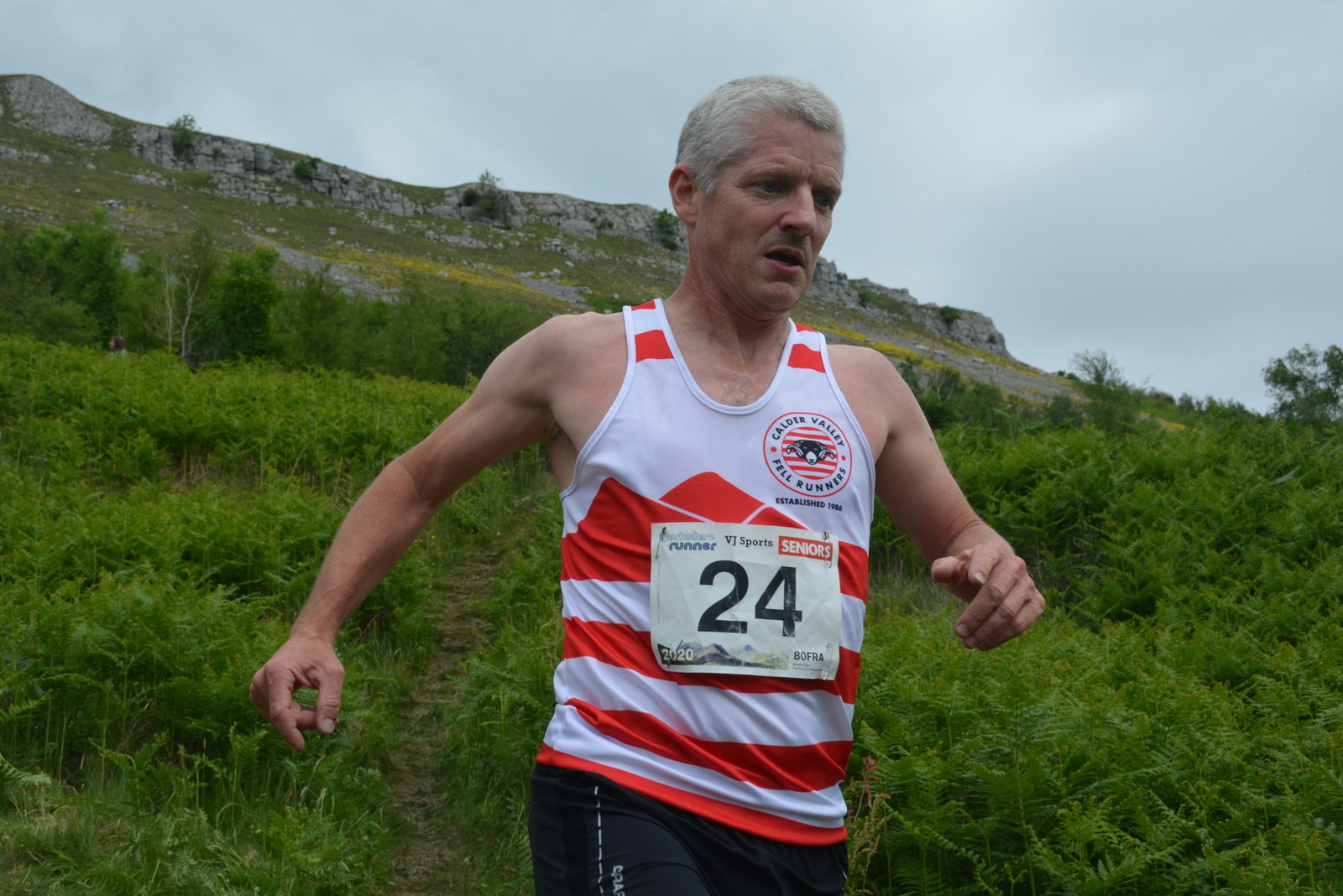 Hawkswick Dash fell race set in the scenic drama of Littondale is one of the shortest, sharpest races in the fell racing calendar. At 2.25 km with 170 metres of climbing, the route starts on a gentle track before a sharp climb up to and along the ridge before a dramatic fast descent to the finish. This years race, as usual, featured both senior and junior races with a good stagger between age groups to allow an unclutter course and good dispersal at the finish. Calder Valley were well represented in the senior race with Shaun Godsman (7th in 12.48) and James Logue (15th in 13.51) coming in first in their age categories (MV45 and MV50) in a race won by Simon Bailey (Staffs Moorland in 11.48). A race of fine margins. Mark O’Connor (14.11), Steve Smithies (14.14) and Dave Hammond (17.48) all had good races making up a strong contingent for the red and white hoops. 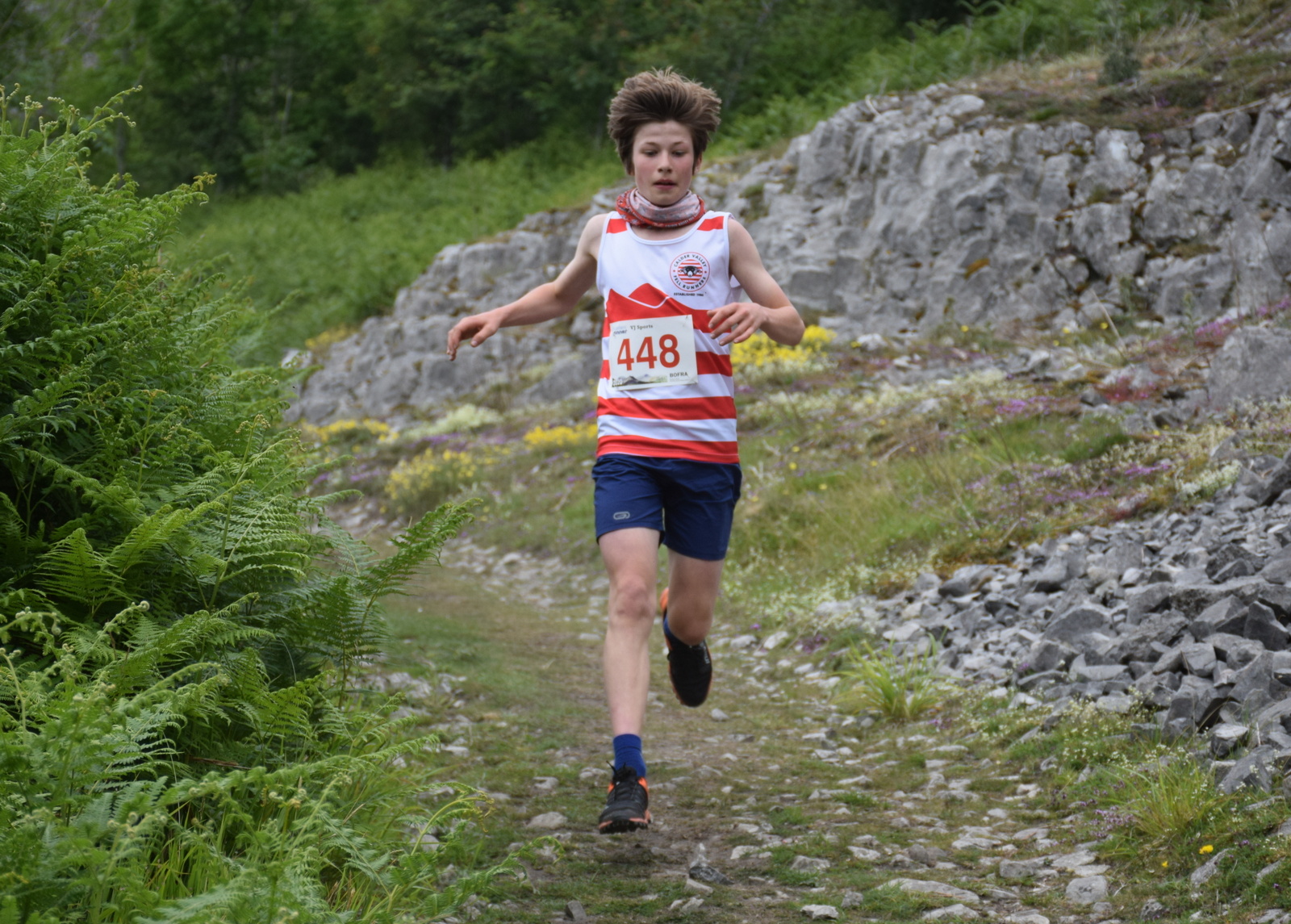 In the junior races, the stars of the show for Calder Valley were Clara McKee winning the U12 Girls race and Charlie Pickens coming in second in the U17 race and Thomas McKee just missing out on the podium in the U14 Boys. Calder Valley was also represented by James Aitken (U17) and Ollie Pickens (U14 Boys) who both had good races in their age groups. 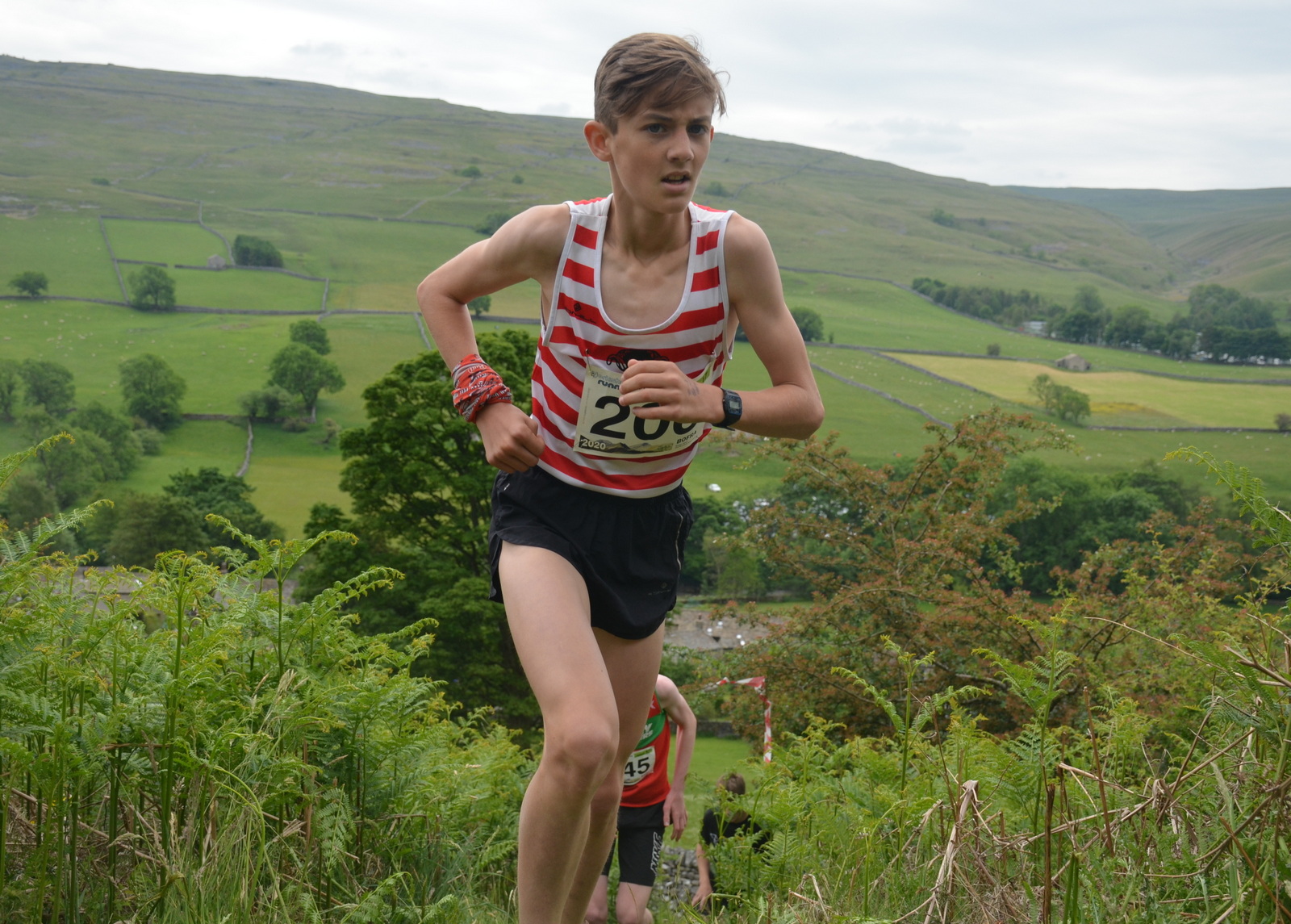 Charlie working hard on the climb 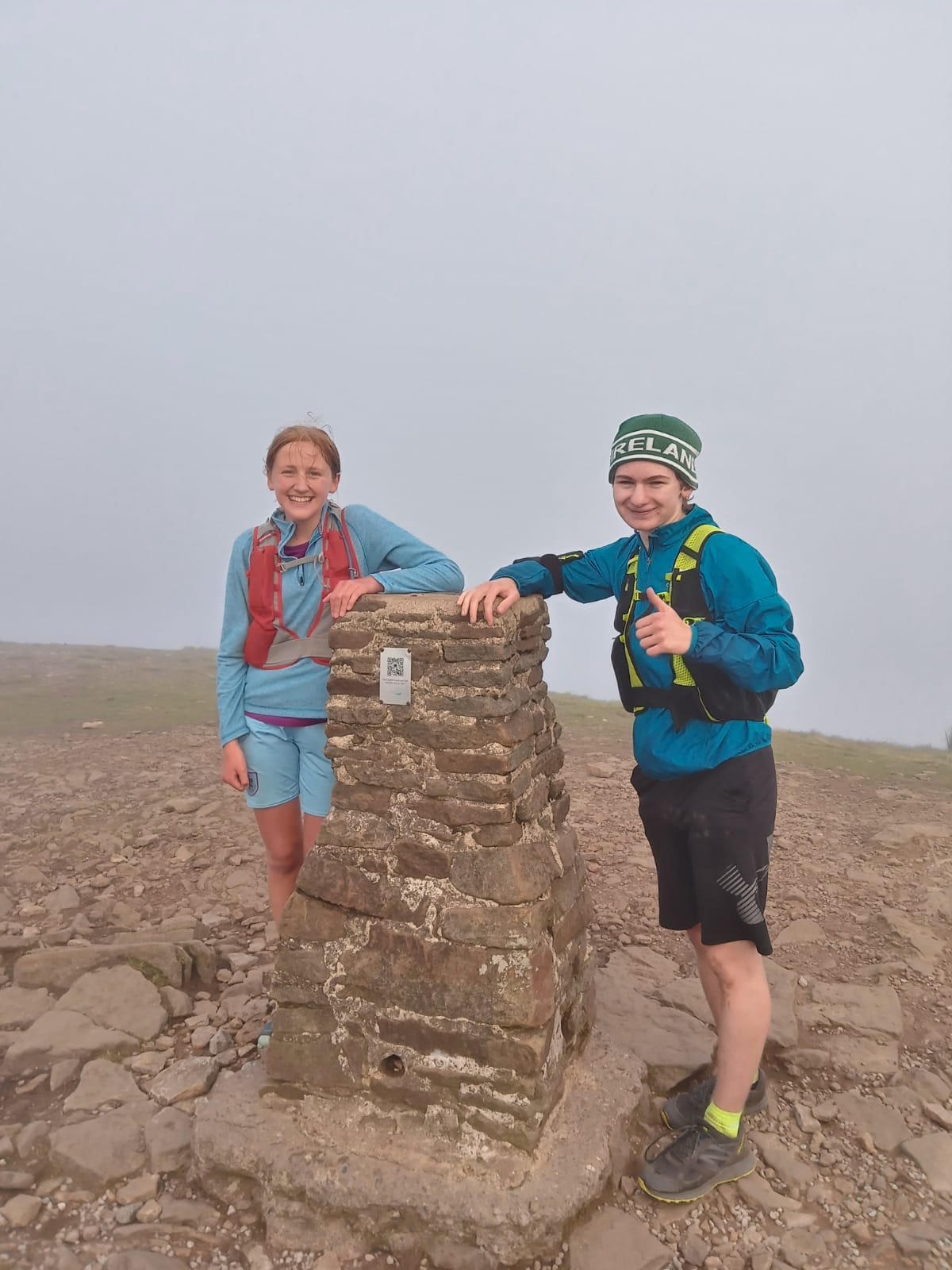 Calder Valley Juniors are really proving their exceptional talent, determination and commitment to the fells. Sixteen year-olds Emilia Wright and JD Anderson-Martin set out to complete a remarkable run at the weekend attempting a Yorkshire Three Peaks (Y3P) double. That’s running the three big peaks in the county not once but twice with just a five 15-minute pit stops at Horton, Ribblehead and Hill Top along the way.

Conditions were spot on for the challenge – fine and not too hot – with the long, light days at this time of year being a real advantage. Emilia and JD started the traditional way round ascending the three peaks of Pen y ghent, Whernside, Ingleborough and then simply turned round and did it all again the other way.

Walkers aim to complete the Y3P challenge in under twelve hours. Emilia and JD took just 15.5 hours to run the three peaks route twice. A great achievement by the young runners.

Former Calder Valley junior Max Wharton had a brilliant weekend competing in his Halifax Harriers vest on the track in the British Athletics Championships at 1500m. As well as being the annual championships, this meet was also the Olympics qualifier so there was everything to run for. Max ran a good heat qualifying for the final in a time of 3.47.46 and put in a good time of 3.45.90 to finish 11th in the final won by John Kerr of Edinburgh in 3.40.72.