Up the Nab Fell Race

CVFR’s junior racers have returned to competition post-lockdown on fine form, with another excellent set of results, this time at the Up the Nab Fell Race at Glossop Rugby Club, in Charlesworth on Sunday, 13th June.

As the second race in the English Junior championship & an under 15, under 17 & under 19 British Inter Counties event, the competition was steep. But yet again, Calder Valley’s Clara Mckee made it look easy. She stormed the 2.4km (150m climb) U13 girls’ race in 15 minutes 50 seconds – crossing the line nearly a whole minute ahead of the second-place runner. 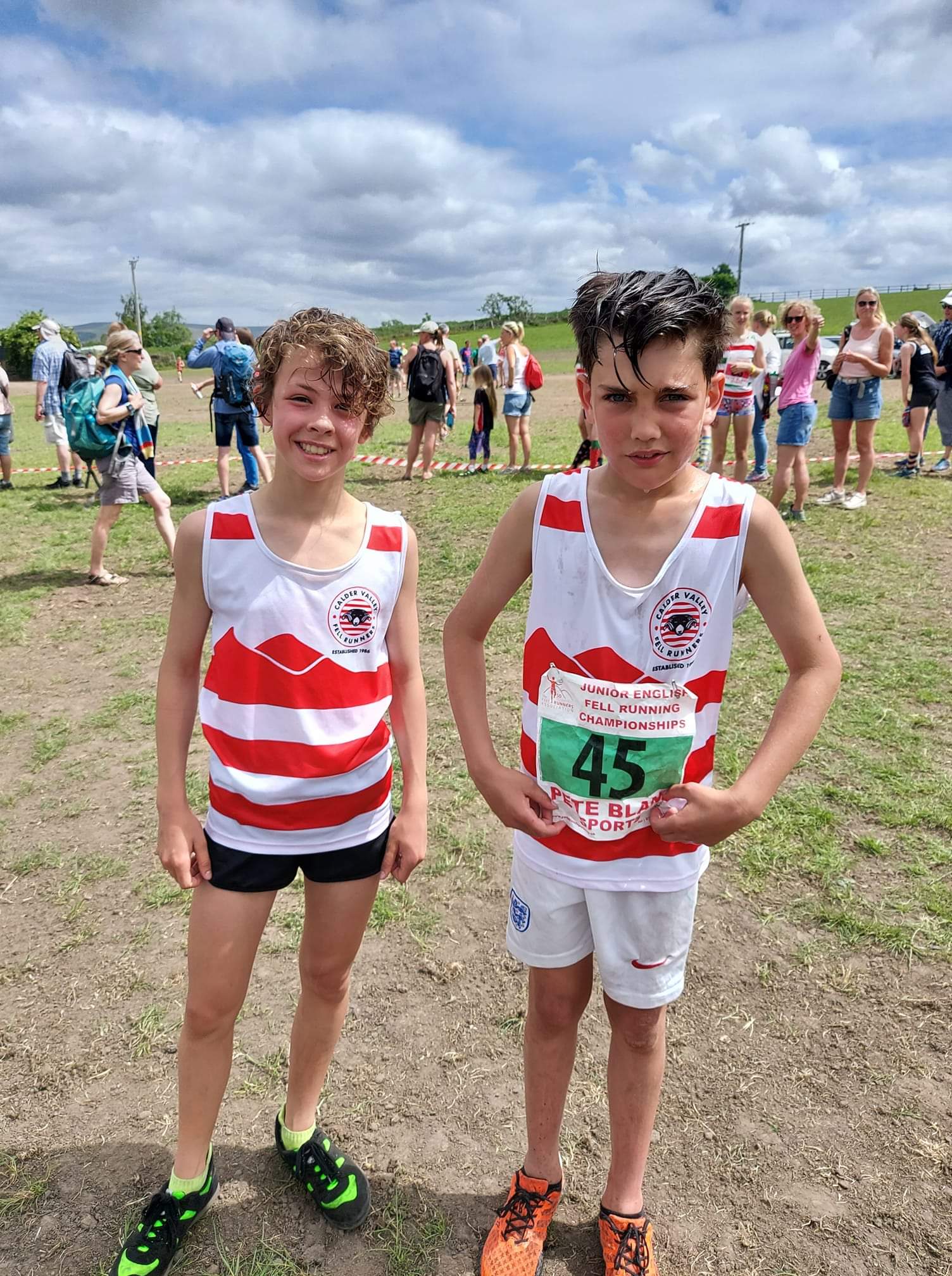 In the boys’ under 11’s category, it was the turn of newcomer Mani Kaler to take the win – at his first ever fell race. Kaler flew round the 1.6km (110m ascent) route in only 7 minutes and twenty-three seconds. Despite taking a tumble coming off the fell, he got up quickly & managed to hold onto first place, pipping his nearest competitors to the line by mere seconds. The youngster was delighted with his first race & a first win (no doubt of many), reporting finding it, ‘tough’, but still ‘loving it’! 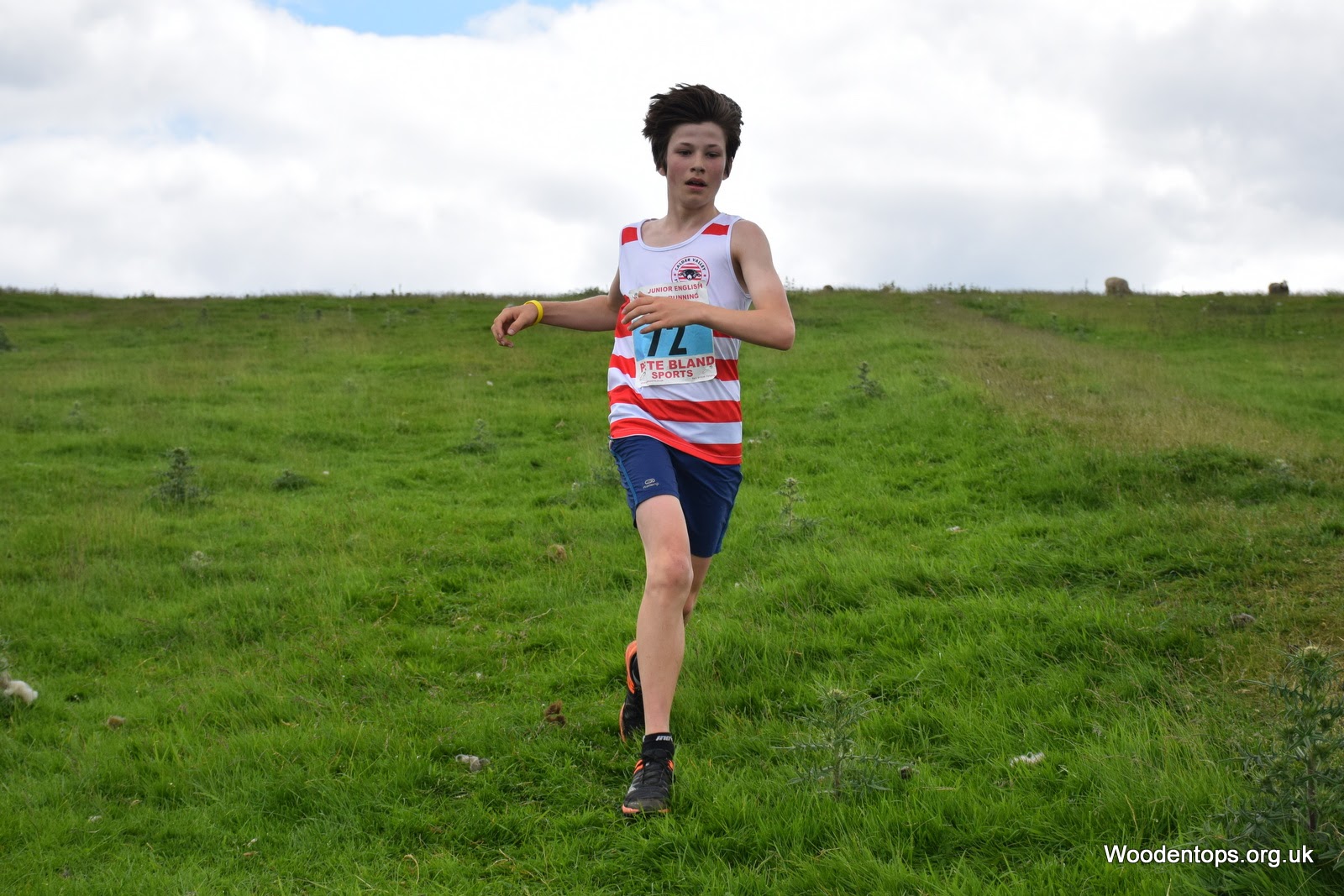 In the U15 boys’ event, red & white-hooped Thomas McKee fought off some stiff competition to finish third in the 3.8km race, with its 220m of ascent in 26 minutes 12 seconds. Ollie Pickens ran well to finish 39th There were also a number of strong runs in other age categories from CVFR juniors. Ishbel Symington finished 7th in the 0.8km U9 girls’ race, completing the route in only 5 minutes 14 seconds. Joseph Stone and Ted Parker ran the U13 boys’ 2.4km race in 8:01 and 10:46 to finish in 13th & 25th place.

And it wasn’t just the red & local Juniors in winning ways. In the Seniors’ competition, Pippa Barrett flew the red & white flag for Calder Valley & was the first female runner across the line, finishing the 5km race in 39:38, winning the female race by 40 seconds.

This last weekend was marked by amazing feats in endurance running for CVFR senior club members. Genevieve Thompson ran the Montane Sprint Spine – ‘an entry level’ challenge event which sees runners complete 46 miles along a route that takes them from Edale to Hebden Bride, with a maximum time limit of 18 hours.

Thompson did well to finish this tough challenge in a little over 14 hours & 54 minutes.  The ultra-runner described this as the hardest event she has ever done, in part due to some pretty difficult weather conditions. She was pleased she found the ‘mental strength to keep going’ but thinks she will probably sign up as a volunteer helper next year, rather than take on the full Spine Challenger! 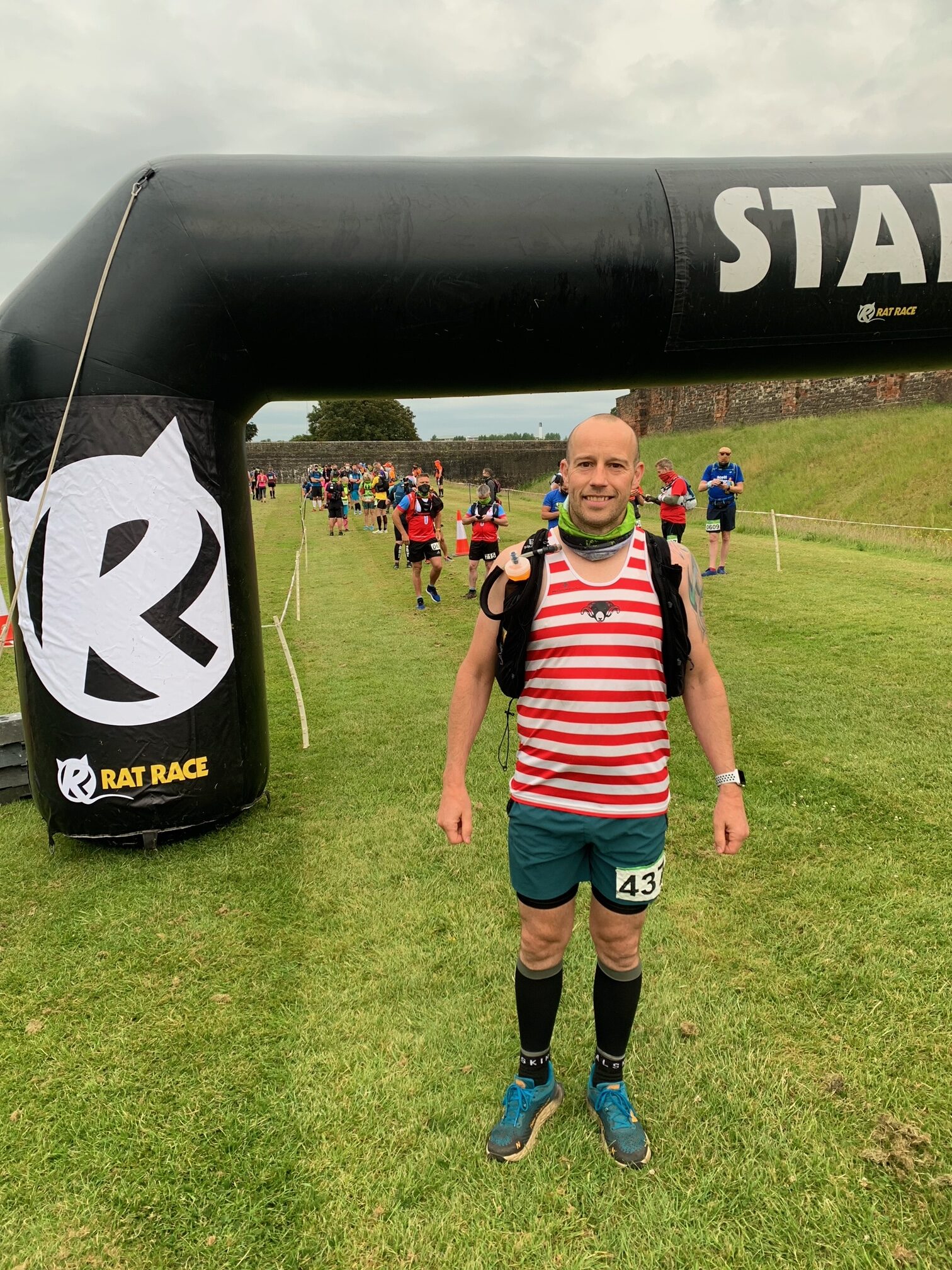 Further afield, this weekend also saw Calder Valley’s Luke Meleschko taking part in the 69-mile Hadrian’s Wall race, ‘The Wall’. Meleschko signed up for this event two years ago & was due to compete in up last year’s race, but due to COVID it was pushed back a year. Hampered by injuries, he was aware that he had not really trained enough, but having waited so long, he did not want to put it off again!

The race started with a bang, quite literally, as Meleschko fell on his backside & slid somewhat unceremoniously all the way down a wet, grassy hill. But he got back up & pushed through, setting off at a blistering pace that felt great for the first 16 miles, but was impossible to maintain, especially with so much road.

From the 20-mile mark, he kept going by sheer will power at first & then ‘decided to just enjoy the day & the amazing views’. Nevertheless, & somewhat inevitably when running 69+ miles in a day, he went through some ‘dark places’. However, about six miles from the end, Meleschko got his second wind & started to ‘claw back’ some places.

He was ‘elated to cross the line in just under 15h and 52 minutes. Reflecting back on the race, the runner was full of praise for the race organisers – for putting on the event in COVID conditions, & ensuring the route was so clearly marked out. He was also very grateful to all the marshalls & those providing refreshments along the way.

Before deciding on his next challenge, Meleschko was quick to emphasise that it will be off road & he will be sure not only to have ‘a decent rest’ first, but also to make sure he trains ‘properly’ beforehand!

This weekend, CVFR’s Andy Wright took on the iconic Paddy Buckley Round – a monster 106km long fell-running challenge in Snowdonia, Wales, which includes a lung-busting 47 summits, which total 8500m of climb. To successfully complete the challenge, runners must complete the route in an eye-watering 24 hours maximum.

Reflecting on his successful attempt after a well-earnt rest, Wright was keen to highlight how much ‘fun’ it had been, whilst acknowledging he ‘cut it super fine’ – finishing in 23 hours & 55 minutes – a mere 5 minutes shy of the cut-off time. However, this time only tells half a story. Wright astounded all of his club mates who were ‘dot watching’ & tracking his progress online back home, by managing to make up a deficit of 30 minutes in the final ‘leg’. He puts this feat down to the encouragement of one of his team of support crew, fellow club member, Helen Buchan, who managed to get him running up the final hills, despite the extreme fatigue. 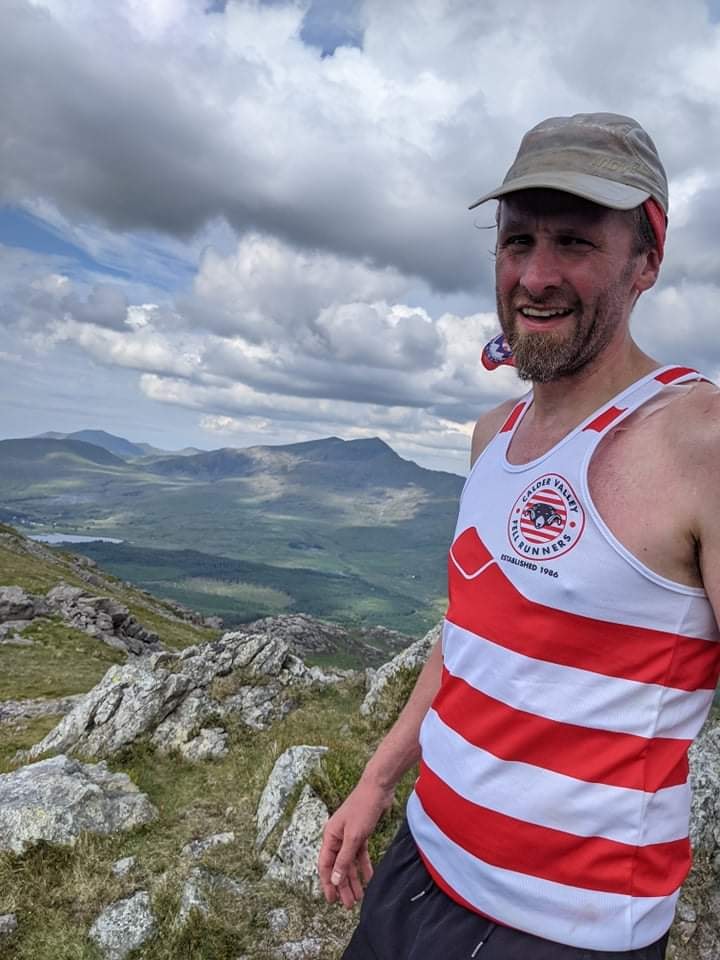 Wright was keen to highlight how much fun the challenge had been. He cannot thank all his support crew enough – not least for how they were willing to bring the whole attempt forward 16 hours to start at midnight on Friday, when the weather forecast made it too dangerous to run it on the Sunday, as original planned! At times it was very much ‘one foot in front of the other, trying to keep moving quickly & also eat & drink’, racing the clock to complete this round – acknowledged to be amongst the hardest of fell-running challenges. Wright certainly deserved the ‘supper’ he sat down to eat as the sun rose on Sunday morning!