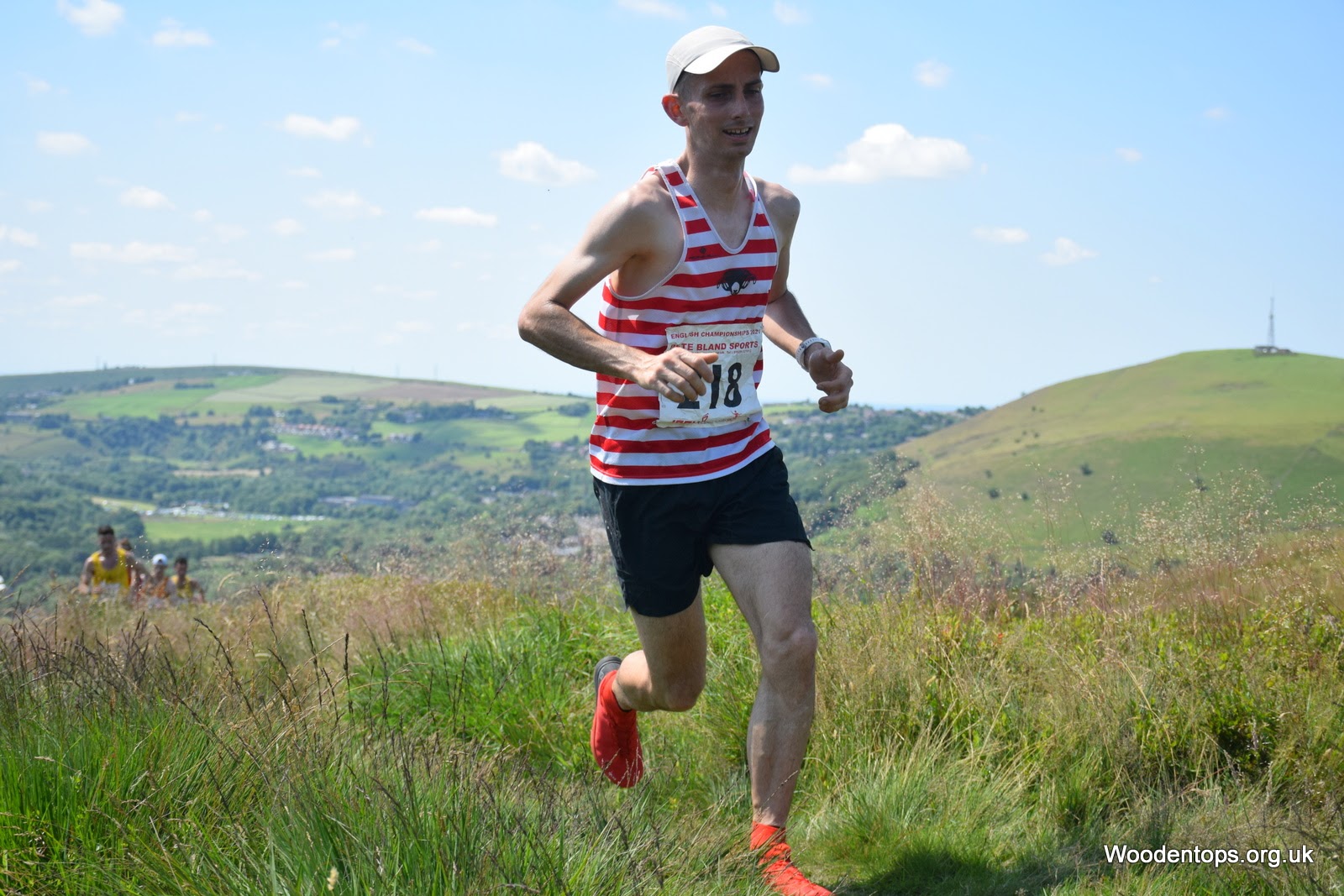 Just two weeks after a misty Blencathra race, Alderman’s Ascent was the next English Fell Race Championship Counter, held in baking hot temperatures last Saturday.  Organised by Todmorden’s Darren Graham the race starts in Greenfield, Saddleworth, passing the intriguingly named Pots and Pans Stone, before a double climb of Alderman’s Hill and a final descent by Yarns Hill back to Greenfield. The 8.5km race with 400m ascent race should not have presented too many problems apart from the 2 killer climbs, and 1 crazy rocky descent. 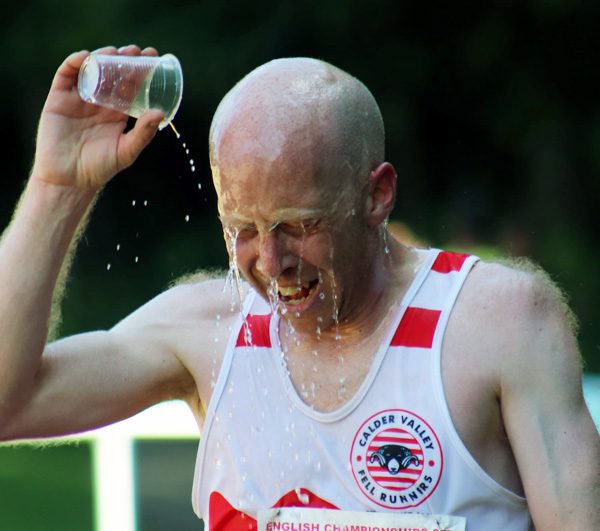 But it was the heat that took its toll with several participants requiring assistance for heat exhaustion. 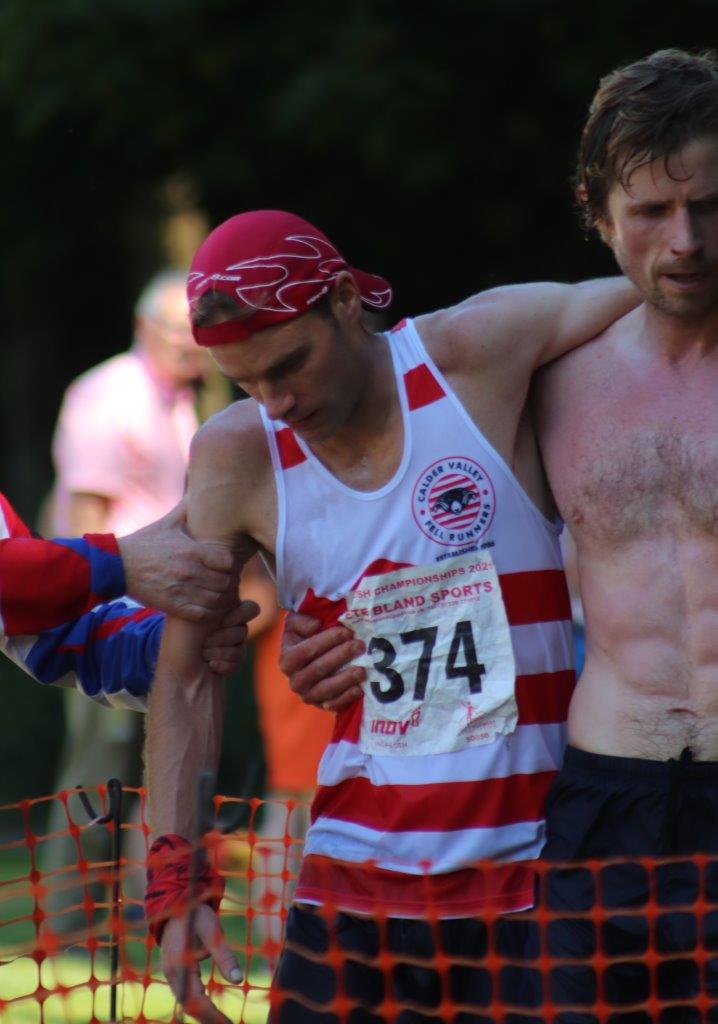 The heat took is toll on many a runner

In the men’s race another great run by Andrew Worster saw him take 11th place. Joseph Dugdale (U23) of Cumberland Fell Runners took the win in 35:52 followed by Blencathra winner, Keswick’s Jacob Adkin 35:55 and Billy Cartwright from Matlock 37:06. 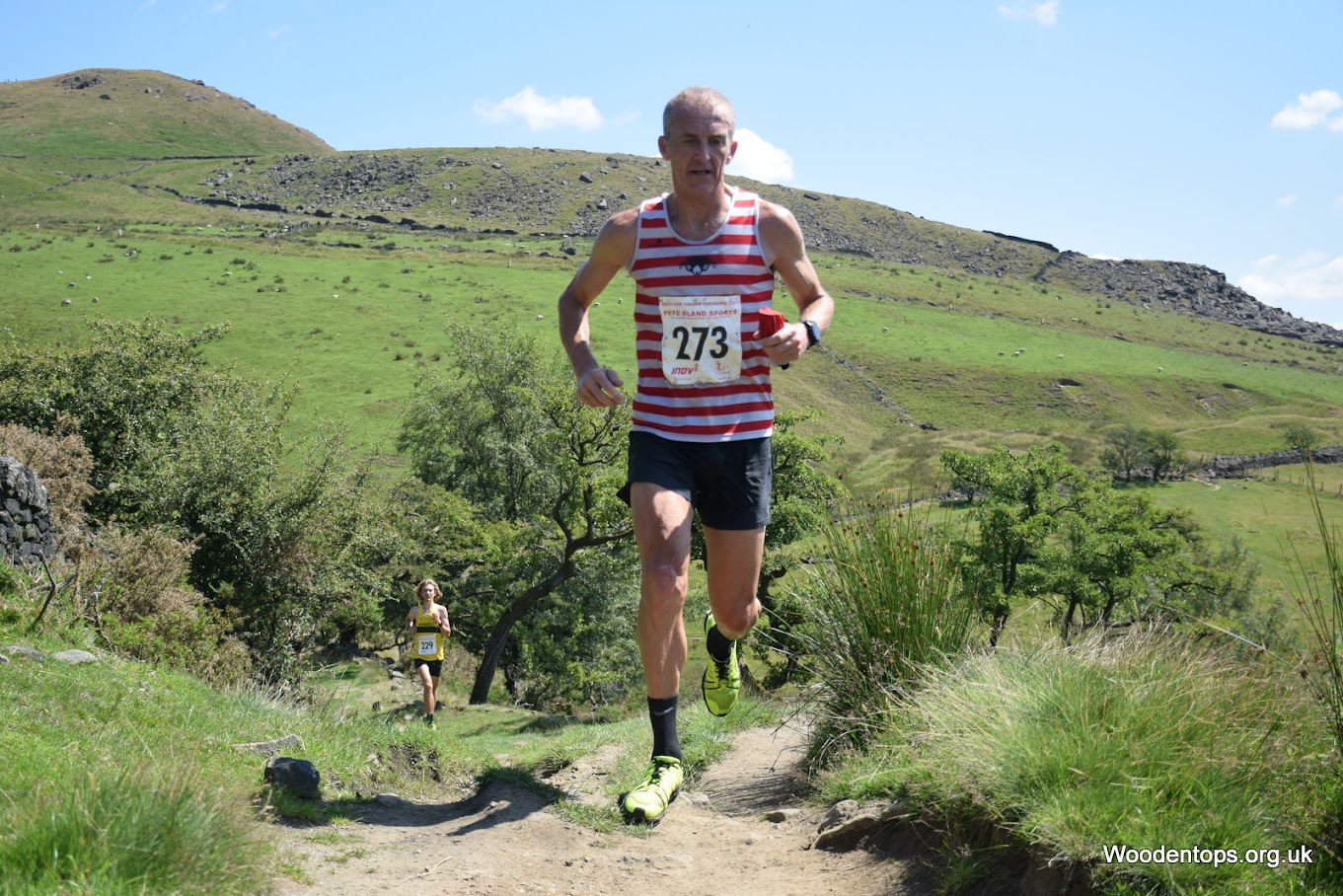 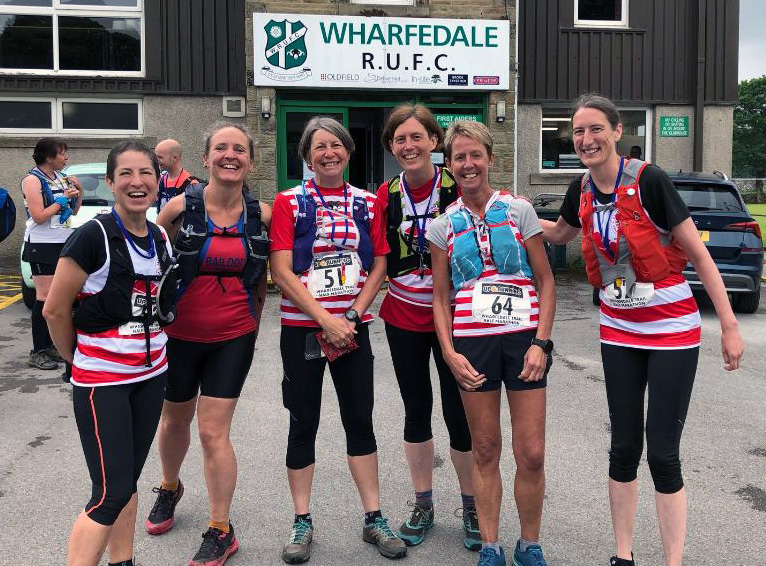 About a dozen Calder Valley Fell Runners women took part in a very warm but overcast  Wharfedale Trail Half Marathon on 10 July. A 13.2 mile route, mainly off road across 2000ft of ascent taking in some of Wharfedale’s finest scenery.  The circular route  is based in Grassington and takes in the Dalesway, Mastiles Lane & Boss Moor.  First CVFR Woman back, and 10th overall, was Catherine Holden in 2:06:04, followed just 1 min behind by Stella Chrisanthou 13th in 2:07:14 and closely followed by Christina Turner 17th in 2:11:20.

Helen Curtis, Jocasta Fletcher, Gill Dickson, Nicki Latham, Gloria Ayuso, Charlotte Wetton, Linda Hayles, Abbi Fernley and Tamsin Cooke all completed the course between 2:15 and 3:02 hours and a grand day out was had by all.

On a scorching hot summer’s day 89 seniors and 129 juniors took part in this year’s Cracoe Fell Race last Sunday.  The race has a deceptively gentle start through fields with a trailer and wall to climb over, then the going becomes rough with ditches and tussocks to negotiate followed by a final short steep climb to the pinnacle, before returning to the start.   All in 2.6 miles. 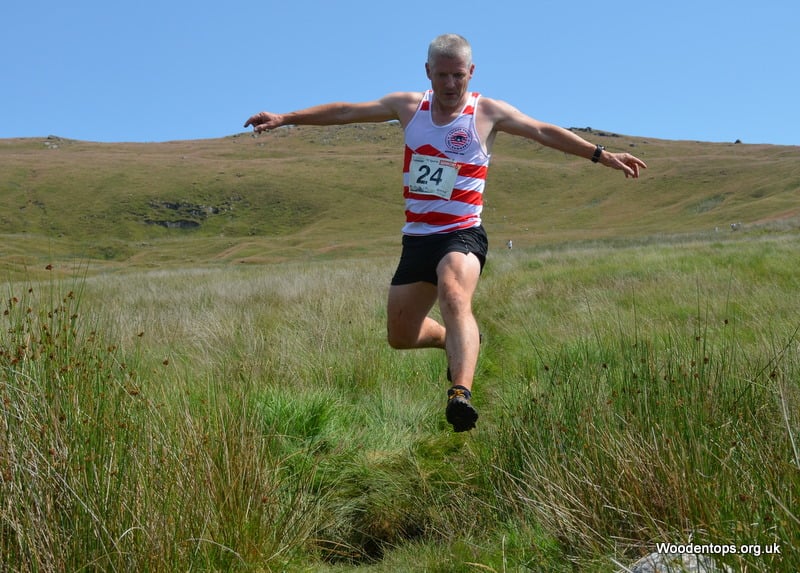 The leap of faith 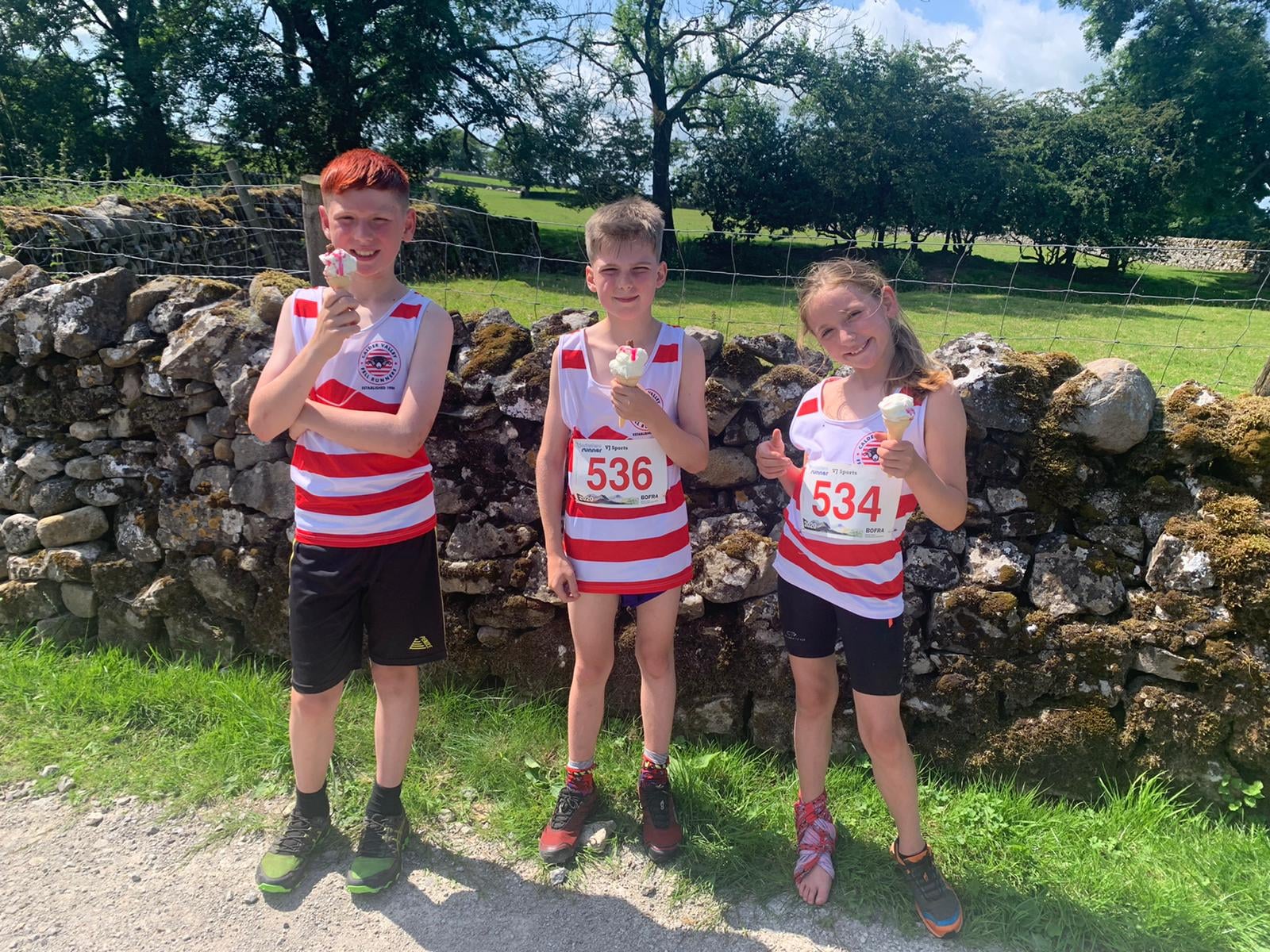