Traditional fell racing may mostly have been cancelled since March & for at least for the next few months, but that has not deterred runners from finding alternative ways of challenging themselves & racing.

Highlights from recent CVFR exploits include Math Roberts’ completion of the second fastest Paddy Buckley Round ever (a long-distance fell running challenge in Snowdonia) & the fastest by a local / Welshman, on Wednesday, 29th July. Roberts completed the eye-watering 100km (67.5-mile route), which includes an astounding 47 summits, in only 17h 37 minutes & 39 seconds (& only just over 2/3rds of the 24h allowed). This feat also included running a sub-4-minute mile & 50km of the 100 in only a sliver over 7 hours.

He reported the round as ‘a belting rollercoaster of emotions’ & recalled how he was 10 minutes up on the record from Llanberis through to Nantmor, before experiencing ‘a cataclysmic destruction of the head gasket on Hebog’, followed by then ‘a brobdingnagian sized recovery on the Snowdon leg’. He was quick to praise the incredible support of his ‘dream team’ of John Rowley, Richard Roberts, Jonathan Moore, Ed Harmerr, Darren Roberts, Noel Craine & Callum OD & Emma Smyth. 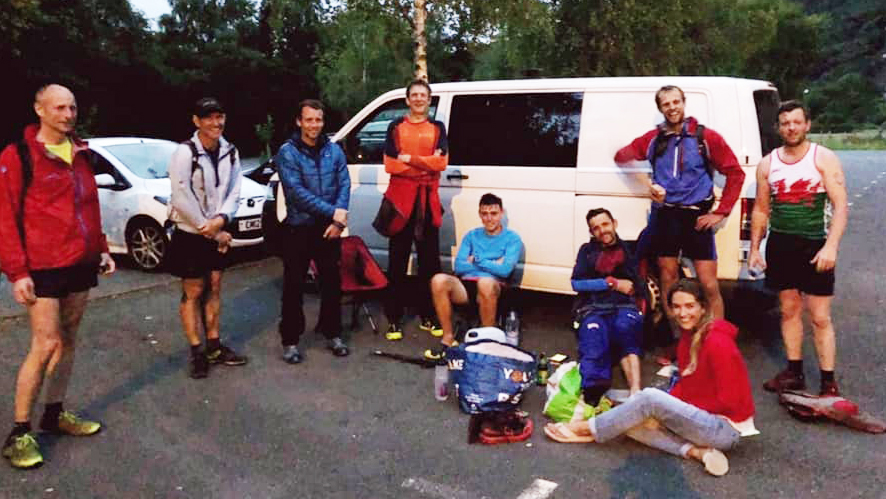 This last weekend saw some of Calder Valley’s newer members in action, with Jill Convey taking an amazing second place female & an impressive 12th overall in the NDW100 – a 100-mile continuous trail run along the North Downs Way from Farnham in Surrey  to Ashford in Kent, including a total ascent of 10,000ft. On a beautiful, if stifling hot day on the North Downs Way, Jill finished this epic race in 23h10 minutes, with a 100-mile personal best to boot.

After the event, Convey reported having ‘absolutely loved’ the experience, despite struggling at times, probably due to not taking on sufficient food & liquid & how at the end she felt ’broken destroyed & super happy’. As Math, Jill was keen to highlight the invaluable support she received from her personal support crew – Caroline, Robin & Cass – plus the excellent race organization by Centurion. 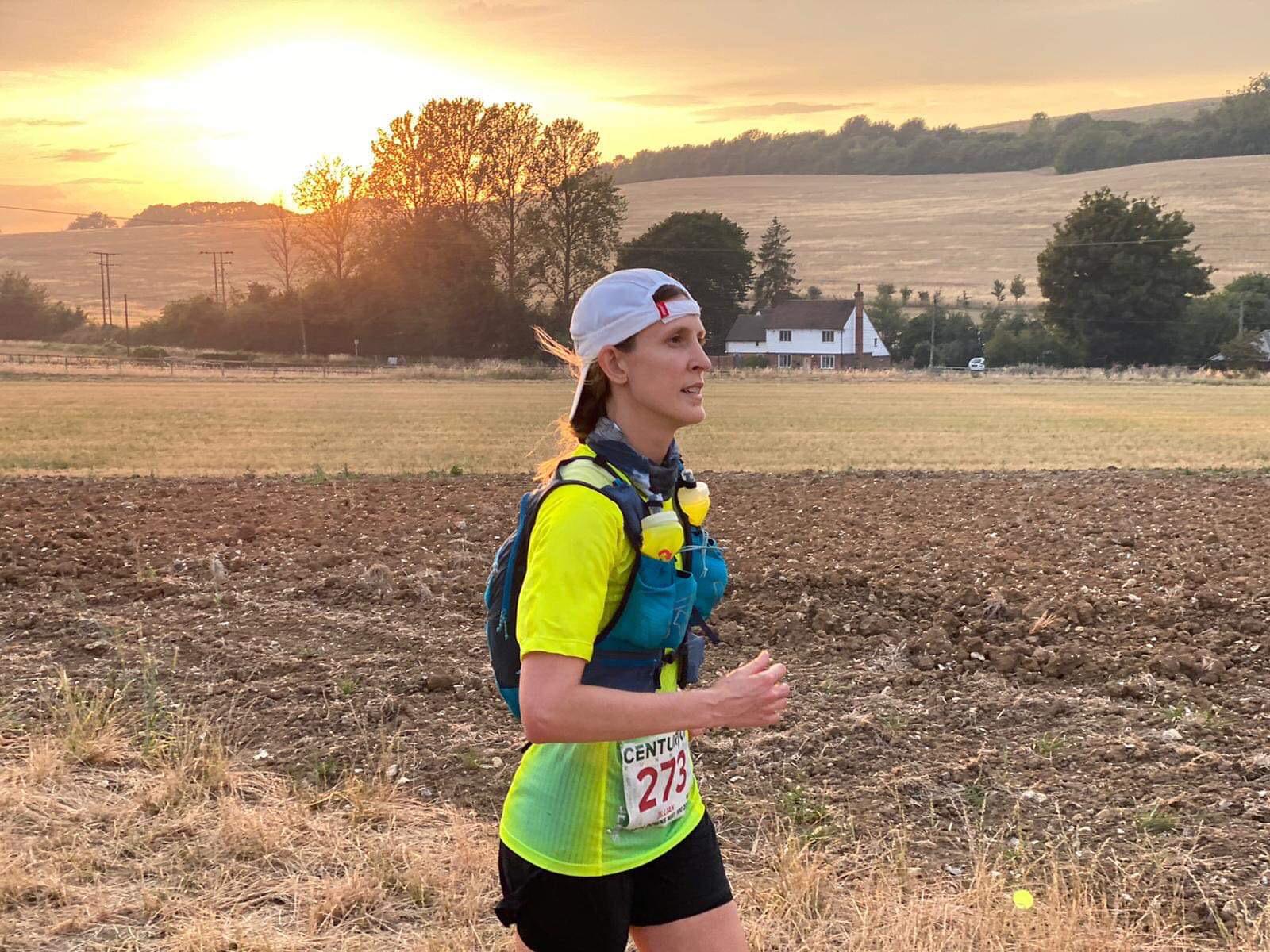 On Sunday, Chris Holdsworth took first place in Lowther Trail & Fell Half Marathon, finishing the 13-mile course through stunning Lakeland landscapes in scorching heat in only 1h19:54. This is one of Chris’ favourite races & he not only relished the opportunity to give his red & white hooped vest its first proper outing, but was generally ‘delighted’ to see physical racing start again, after a six-month COVID break, & praised race organizer Martin Stone for his hard work in making sure this first FRA race since March could not only go ahead, but went so smoothly. 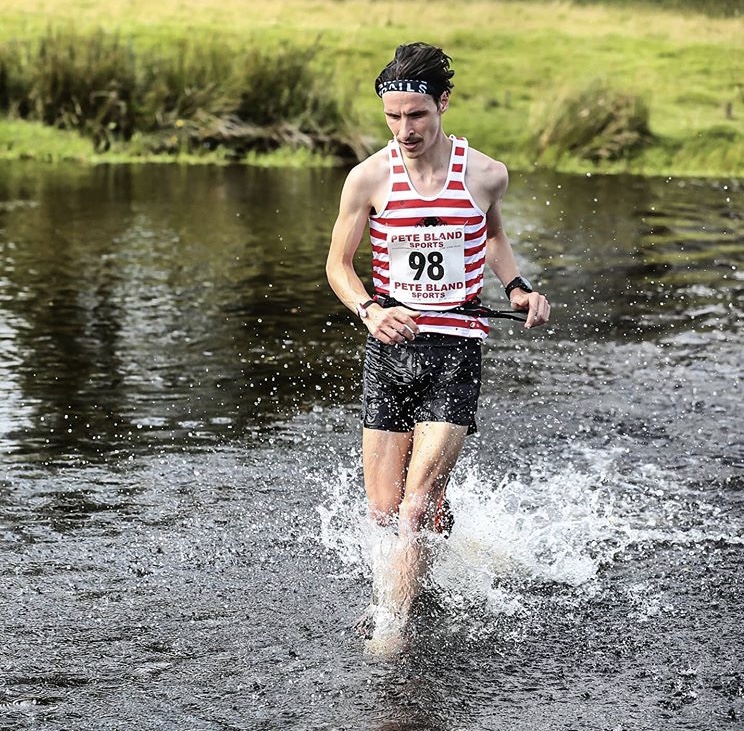 Closer to home, a number of red & white hoops took place in an event this weekend hosted by members of the East Pennine Orienteering club in Hebden Bridge. This weekend’s event was a particularly hilly one, heading up via Bircliffe into Heptonstall. This was the second EPOC socially distanced Lockdown race, with competitors having the whole day on Sunday, 9th August to complete one of three courses: Long (4.5km, 250m climb), Medium (2.8km 100m ascent) & Short (1.4km, 25m climb) – although given the nature of orienteering, competitors typically run over twice the measured distance.

Local, orienteering newcomer James Cooke of CVFR navigated the course excellently, clocking a great time and landing the check points like a professional. The Scarf family all recorded excellent times, with their youngest member, Joey Scarf, winning the long course outright in 46:21. The battle for 2nd, 3rd and 4th place came was a nail-biting one, with less than one minute between three Calder Valley Fell runners. Jonathan Moon’s recent commitment to training gave him the climbing and speed edge & this, combined with his previous experience in orienteering, proved crucial in choosing the best route – allowing him to finish in 49:25. Mark O’Connor followed in third, with a solid run at 50:12 – but up against such talent, there was no room for error. 4th place went to veteran Calder Valley runner Jonathan Emberton (50:15) who made Moon and O’Connor really work for second & third. places The medium course was convincingly won by Brian Ward in just over 29 minutes & the short course by Adam Breaks in just under 15 minutes.

CVFR’s O’Connor said ‘Its great that while things are so crazy, we can still get out for exercise & still have a competitive competition while starting at different times of the day. Anyone looking at orienteering or fell running in the future should look up CVFR and EPOC’.