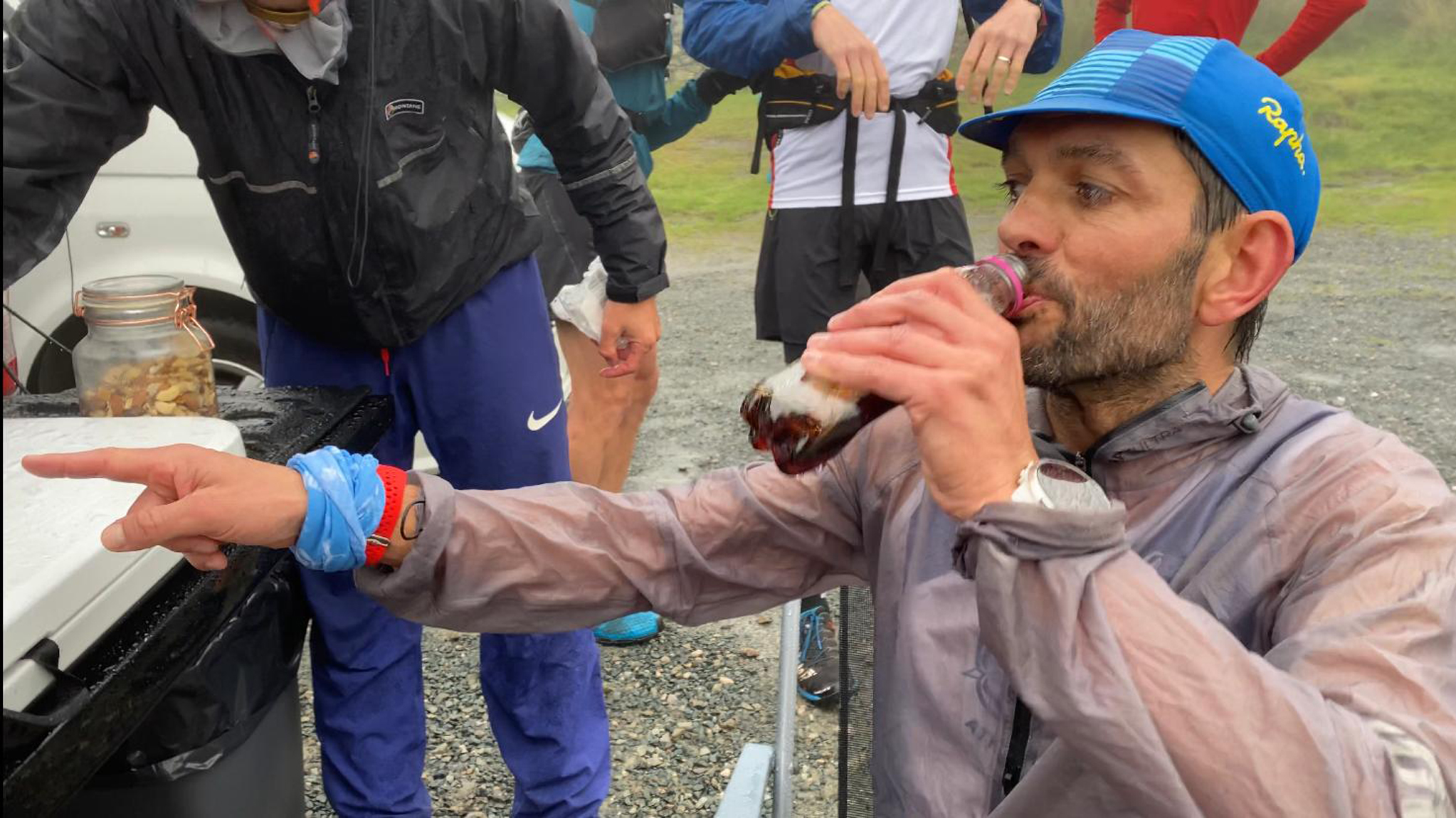 The inaugural run from Pooley Bridge to Wasdale was made by Joss Naylor in 1990, at the age of 54; also in very bad weather with heavy rain and a strong SW wind Joss completed the run to Greendale Bridge in 11 hours and 30 minutes.

The challenge is offered to fell runners over the age of 50 to complete the run in set times according to their age group.  The previous under 55 record was held by Borrowdale’s Andrew ‘Scoffer’ Schofield who completed the route in 10 hours and 20 minutes.  Karl smashed this by a considerable time finishing in 9 hours 32 minutes.  In true fell running style, Scoffer accompanied Karl over the last two legs on the route.  Calder Valley’s Gav Mulholland and Ben Mounsey paced Gray over the first leg. 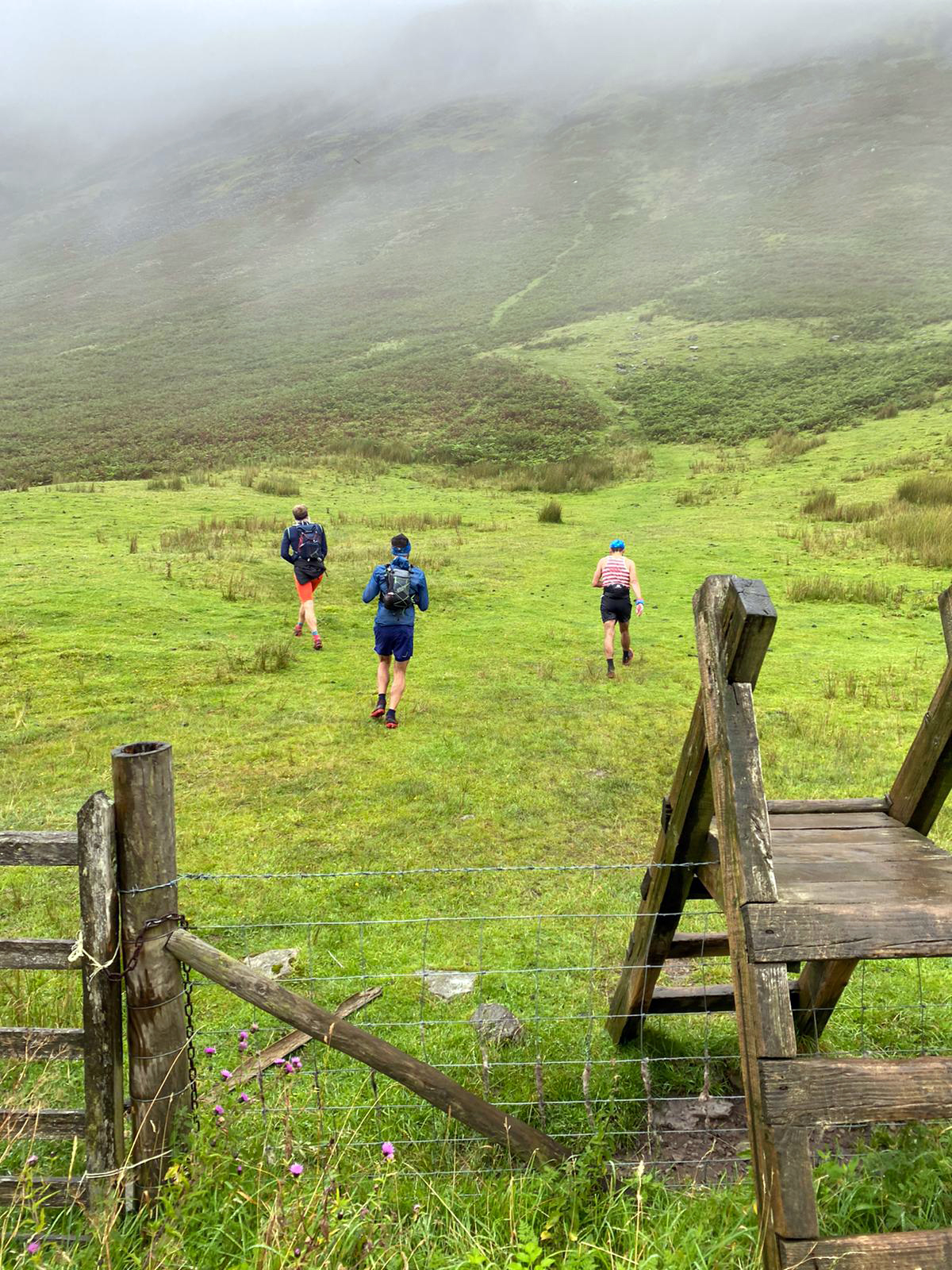 It has been a summer of breaking long distance running records.  The long standing Pennine Way record was broken twice, first by John Kelly then a week layer by Damian Hall in a time of 2 days 13 hours and 35 minutes.  Then Beth Pascall set a new women’s record for the Bob Graham Round in 14 hours and 34 minutes.