After dark days, the sun emerges. Calder’s finest fell runners have seized the new opportunity to get out of the Valley and take on some epic challenges.You have been warned!  Not for the faint hearted!

Last Friday saw 3 CV vet women complete the Abraham’s Tea Round, without consuming even one cup of tea between them. Not as sedentary as it sounds, the round starts at George Fisher in Keswick as a 12,000ft, 30 mile loop of all the peaks that can be seen from the window of Abraham’s Tea room. All finishers are (allegedly) awarded tea, cake and a golden teacup. A bit extreme for a free brew you may think. But, undaunted  Stella Chrisanthou, Di Wright and Gill Dickson set off 8.30am Friday morning, joined by fellow tea enthusiast Jack from Manchester. (Full story here) 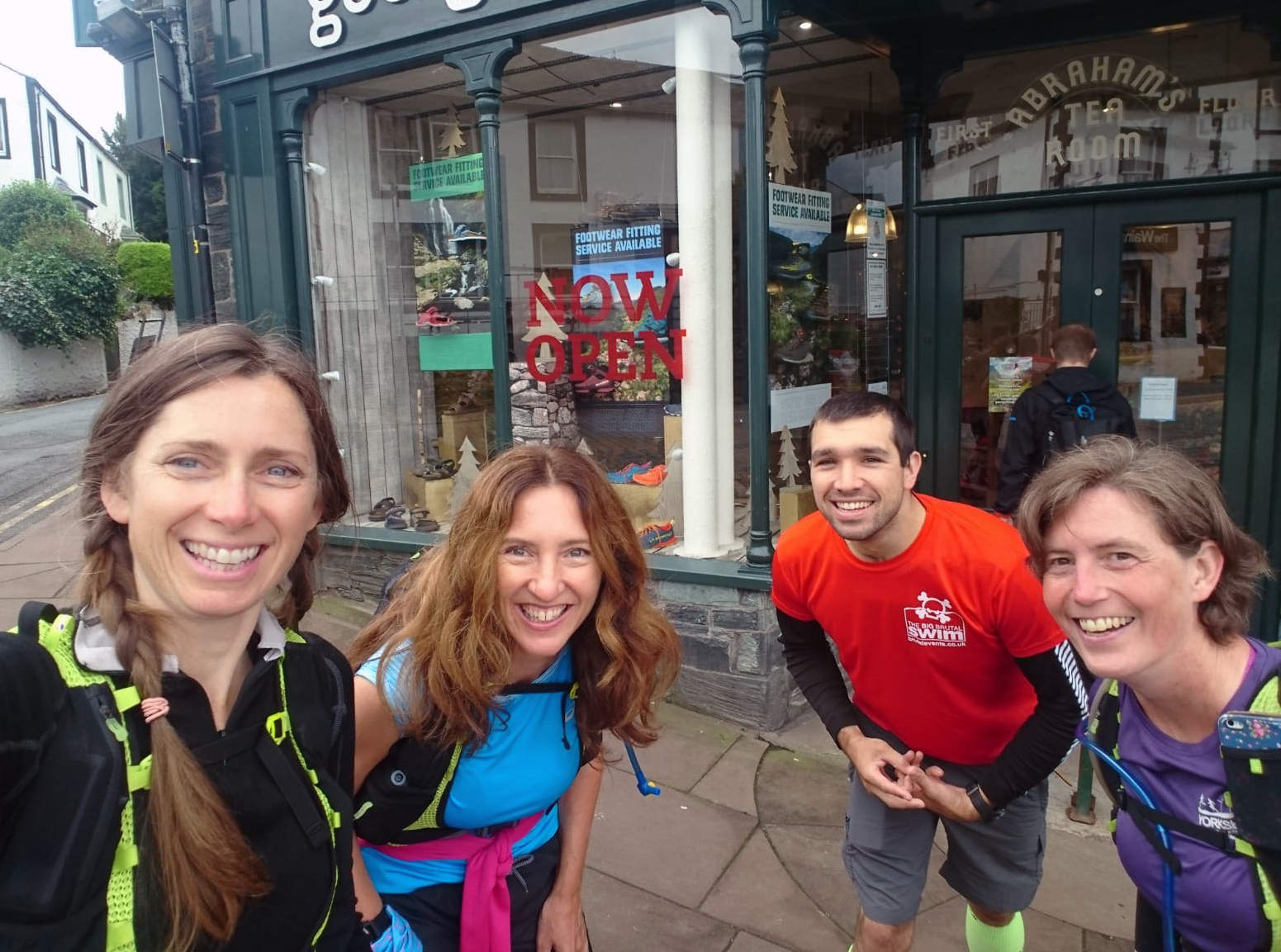 The CV crew were blessed with perfect conditions throughout the day and rewarded with fantastic Lakeland vistas. Stella summed up the challenge:

‘We were making good progress when we dropped down from Robinson into Buttermere but that all changed on the next leg! High Stile and the kamikaze Red Pike scree ski to Buttermere village put us back somewhat. By then it was already 4pm and we were only halfway round! So we denied ourselves a brew and picked up the pace…

A long slog, but easy terrain, got us up Whiteless Pike in good time. Great runnable terrain from here until we realised a vertical cliff was apparently the route up to Eel crag, the next obligatory peak on the round. Being fun fell runners, this didn’t look much fun! So, we took a long way round which still ended up a near vertical scree-fest. Having ticked that one off we easily jogged the beautiful ridge over Sail to Causey Pike. 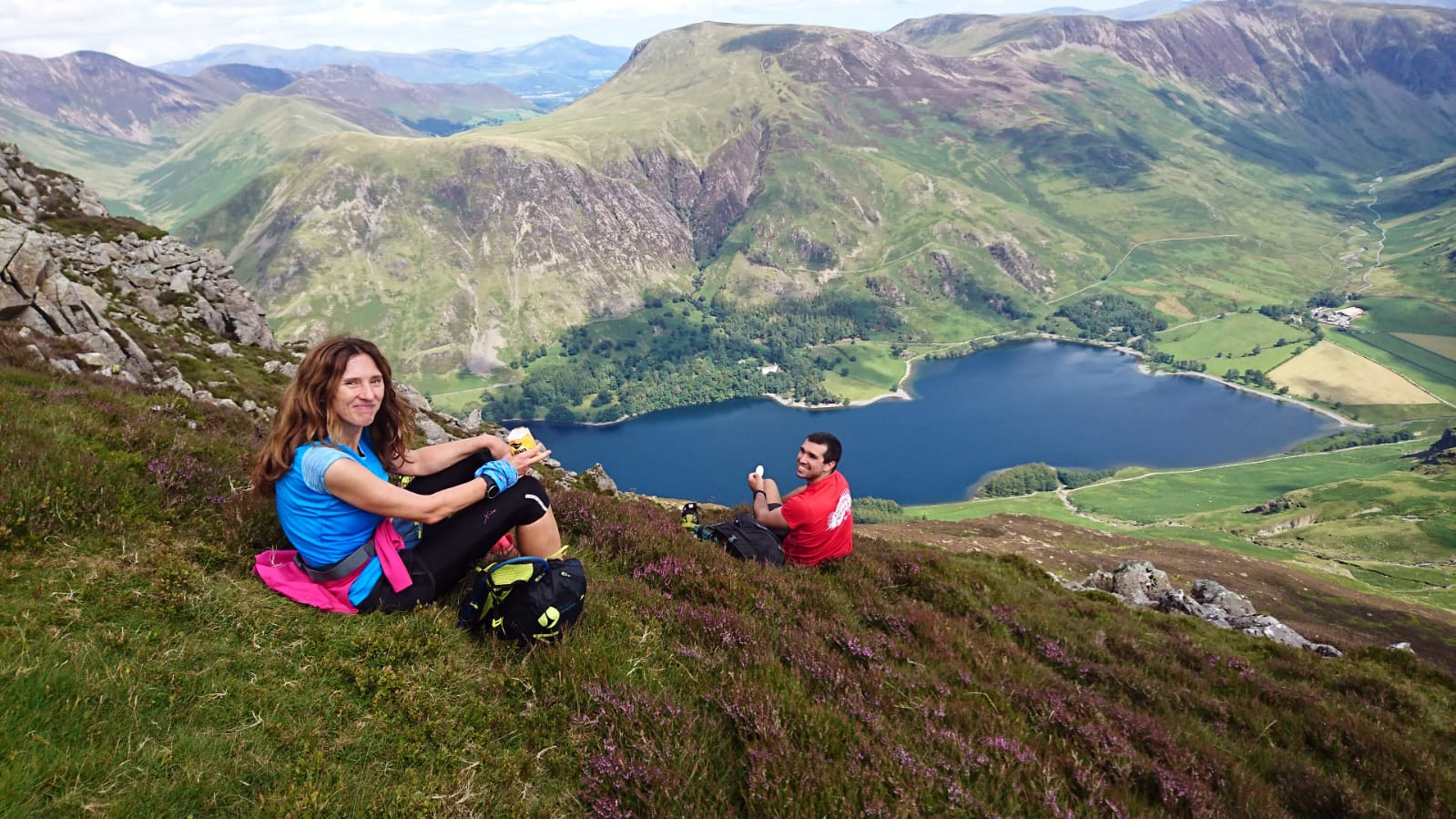 Above:  Di Wright and Jack on Abraham’s Tea Round

Then from Rowling End, another down and straight up to Barrow, the final peak and a lovely easy descent to Braithwaite heralded the last enjoyable part of the route. Dusk and a slog along the main road eventually brought us to Keswick for last orders and chips’

The girls deliberately slowed their pace to coincide their finish with the send-off of club mate, and fell running legend Dougie Zinis, who was attempting the pinnacle of challenges – the double Bob Graham Round. Di showed the CVFR club spirit:

‘We offered to pace Dougie after we had finished our chips, but as he was on a tight schedule, he politely declined’

Sadly during his second night out on the Fells, within his scheduled target, Dougie tore his quad and had to retire. He had completed 31 peaks (15 of them twice), 31,500 ft of climb and c. 65 miles. He will of course be back for round 2. CVFR are looking forward to it.

Over on the East Coast another local legend, Kevin Hoult displayed his elite ultra running skills taking on the epic Cleveland Way. Kevin describes his adventure: “I set off from Helmsley at 7pm and was lucky to have great weather throughout the night under the stars across the North Yorks Moors and with dawn at the stunning Roseberry Topping. The weather warmed up during the day as the route then followed the coast from Saltburn to Filey visiting picturesque villages and resorts along the way. I had to work hard at the end to finish the 109 mile route in under 24hrs and was very happy to get to the end marker stone in 23hrs and 40mins to be met by my wife and daughter who had supported me along the way.

A great day out with stunning scenery on a varied route, highly recommend it, you might be able to savour it more over a few days!” It might take more than a few days for us mere mortals. 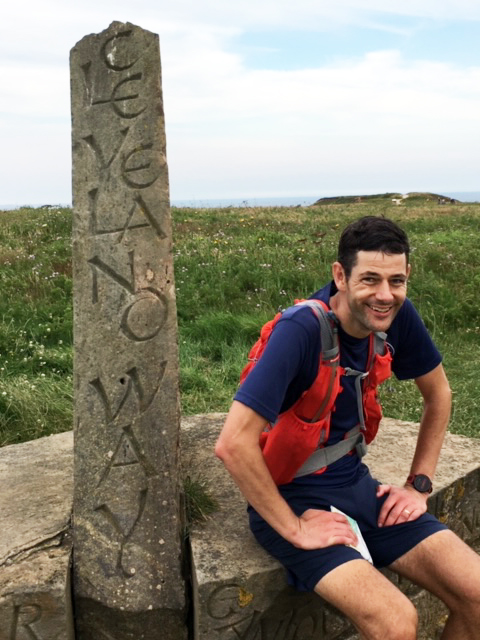 With thanks to Gill Dickson and Kevin Hoult for info and photos.