The fell running world quietens down towards the end of the year.  The championships and relays have all finished and there are only a handful of races before the New Year.  However there are still opportunities for long runs and navigation practice in long distance orienteering competitions known as score events. 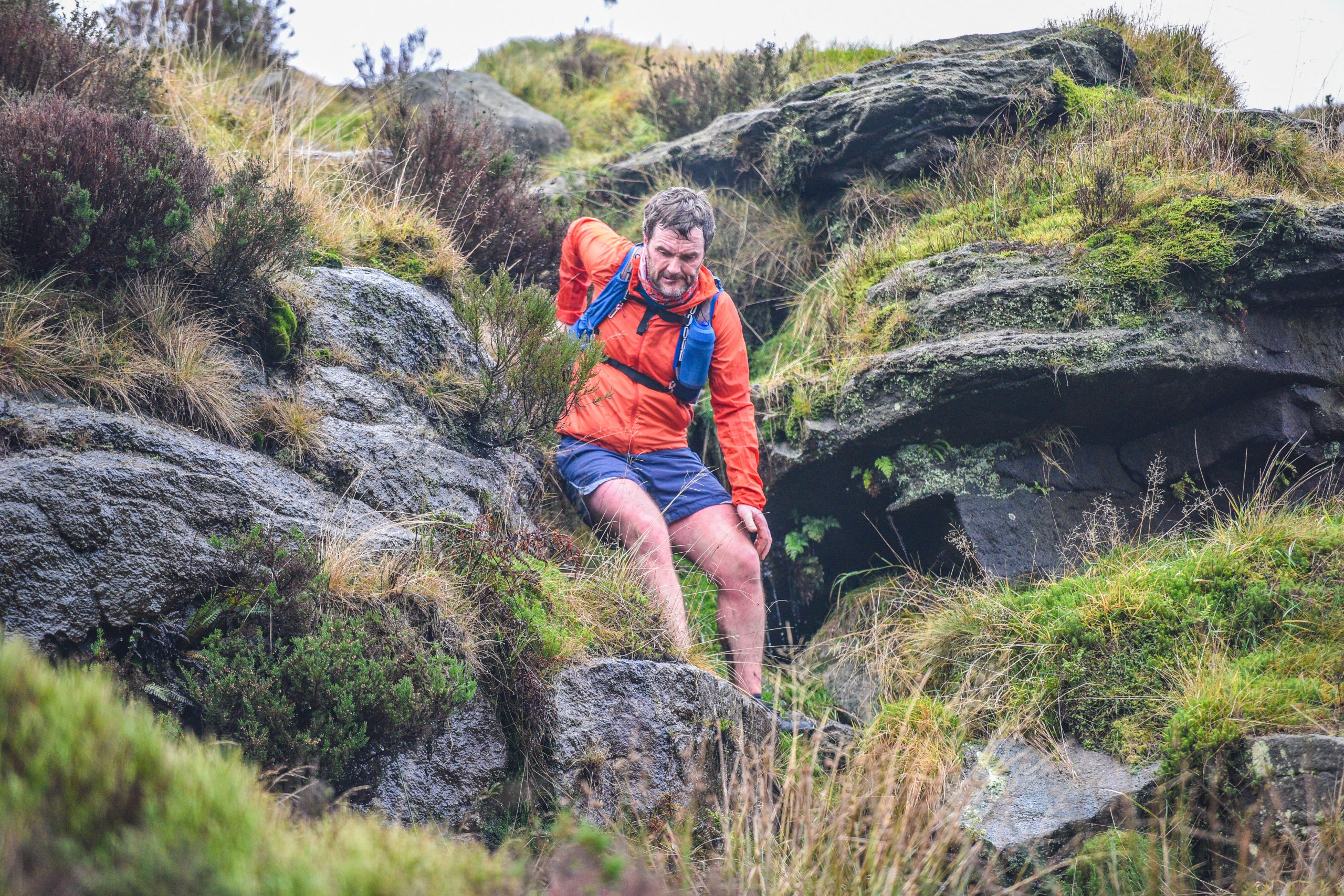 Simon Fisher on a tricky decent in the Chew Valley, Saddleworth courtesy of Granddayou

The last weekend of November saw four Calder Valley Runners head over to Saddleworth for the 4th and final race in the Kong Mini-Mountain Marathon series.  With the controls ranging across the featureless moors south and east of Dovestones, there was plenty of route choice and accurate navigation was essential.

Tim Brooks was first Calder runner in 31st place overall with 471 point narrowly pipping Rob Rawlinson in 33rd with 460.  Although Rob was back within the four hour time limit, Tim pushed to six minutes over time to get an extra 20 points with a 9 point penalty.  This result also gave Brooks second place in the V40 series.  Neil Talbot of Ambleside gained 758 points to take today’s win.

Simon Fisher got 297 points in 131st place after struggling to find a couple of 40 point controls.  Prizes for the longest run went to Jim Mosley who covered nearly 19 miles going for the big points around the Crowden Valley.  Unfortunately the terrain and miles of tussocks caught him out.  He lost all of his 510 point by returning 1 hour and 38 minutes late.

The 1st December was the second race of four in the Peak Raid 3 series of 3 hour score events.  Run from Great Longstone in Derbyshire, the controls were across the fields and limestone valleys of the Peak District, including Cressbrook Dale and Monsal Dale.

8 Calder runners headed south.  Iain Powell had a superb run coming in 7th place and second V40 with 395 points.  Ben Frechette also had a cracking run in 8th place with the same points as Powell but 38 seconds behind.  The competition is fierce.  Philip Vokes  of Loughborough was first with 490 points.

Jim Mosley will have been much happier with this week’s result, 29th and nearly 4 minutes inside the 3 hour limit. Perfectly cooked.  Linda Hales represented the Calder women with 220 points and 3rd V60 woman.