The record turnout of 214 runners for this weekend’s Vocation Mytholmroyd Fell Race proves just how popular this local fixture has become. Well, that and the free ‘Heart & Soul’ beer for all finishers, courtesy of the generous local sponsors, Vocation Brewery.

CVFR’s Harley and Phil Beecroft pulled off another fantastic race, ably supported by an army of friendly marshals. At just under 6 miles, this is a great winter race in typically tough Pennine terrain, at just under with both lung busting climbs (1640 feet) and tricky descents. It is, however, well flagged so a good introduction for those new to the fell running scene. 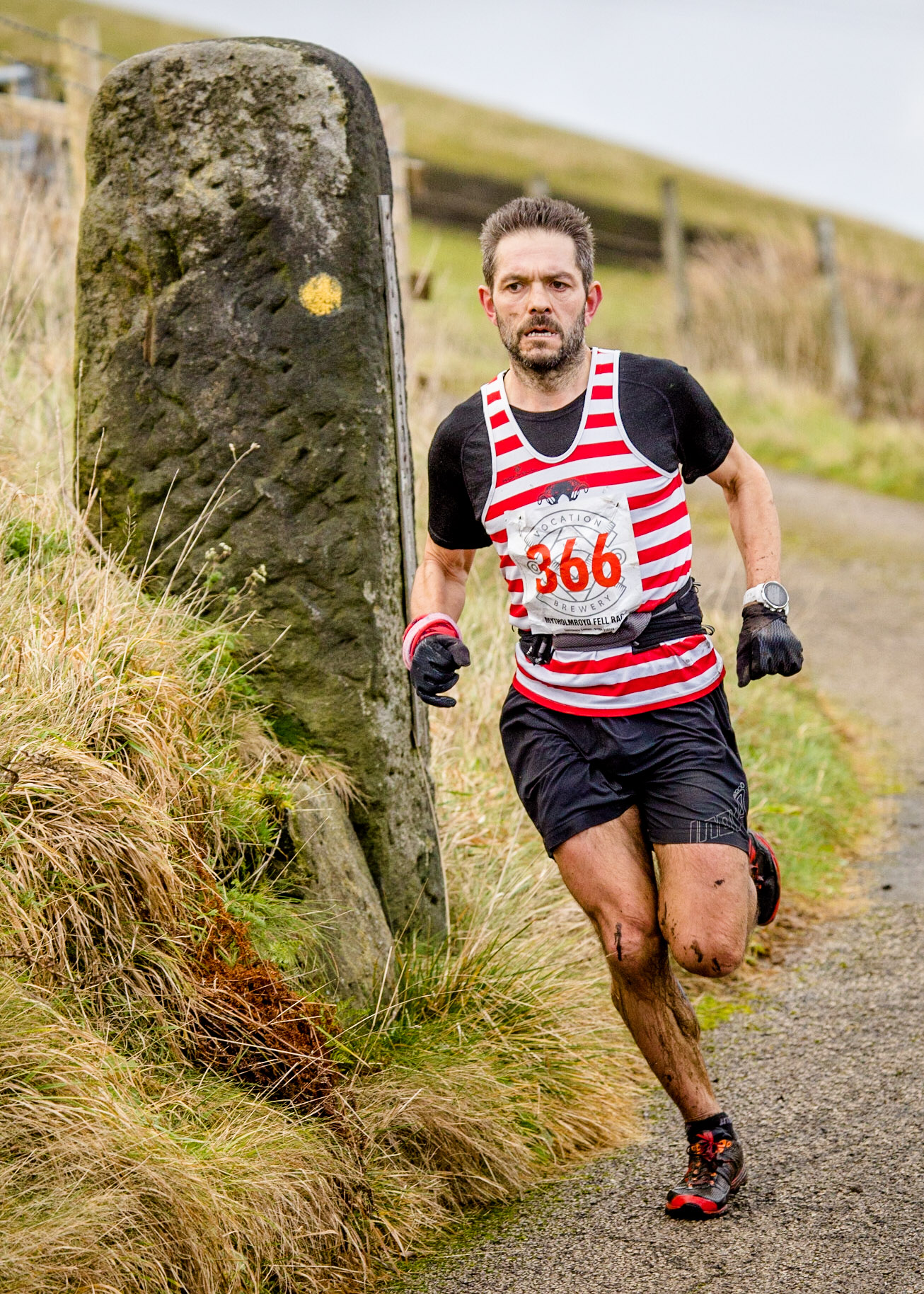 Gray was made to work hard for the win though, with Royton’s Rob James finishing just one second behind and Ian Holmes (Bingley) third place within 30 seconds. 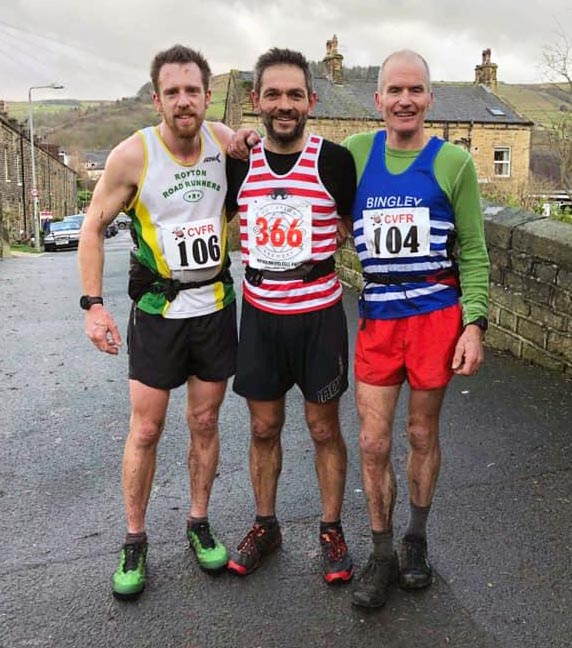 James, Gray and Holmes. The top 3. 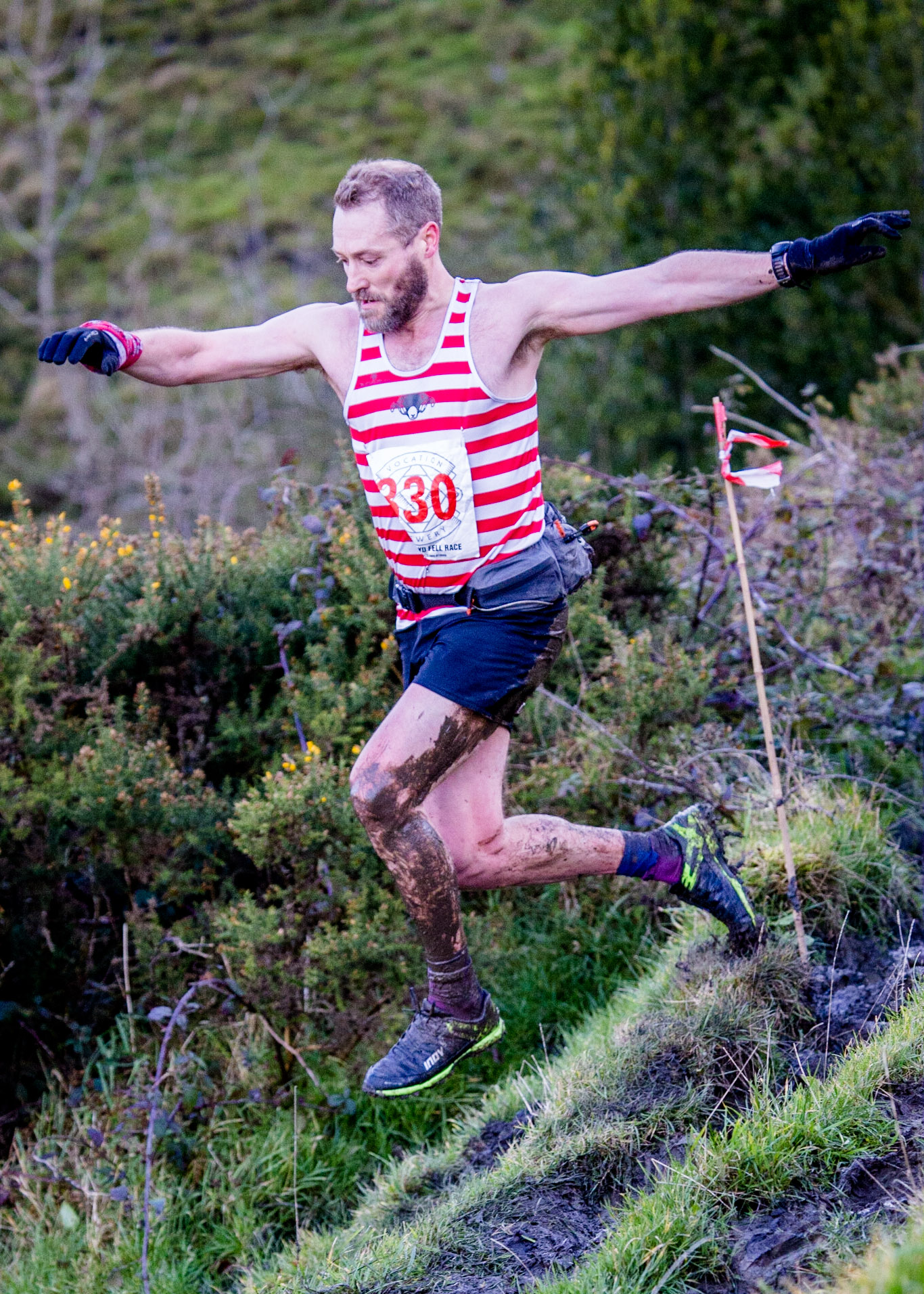 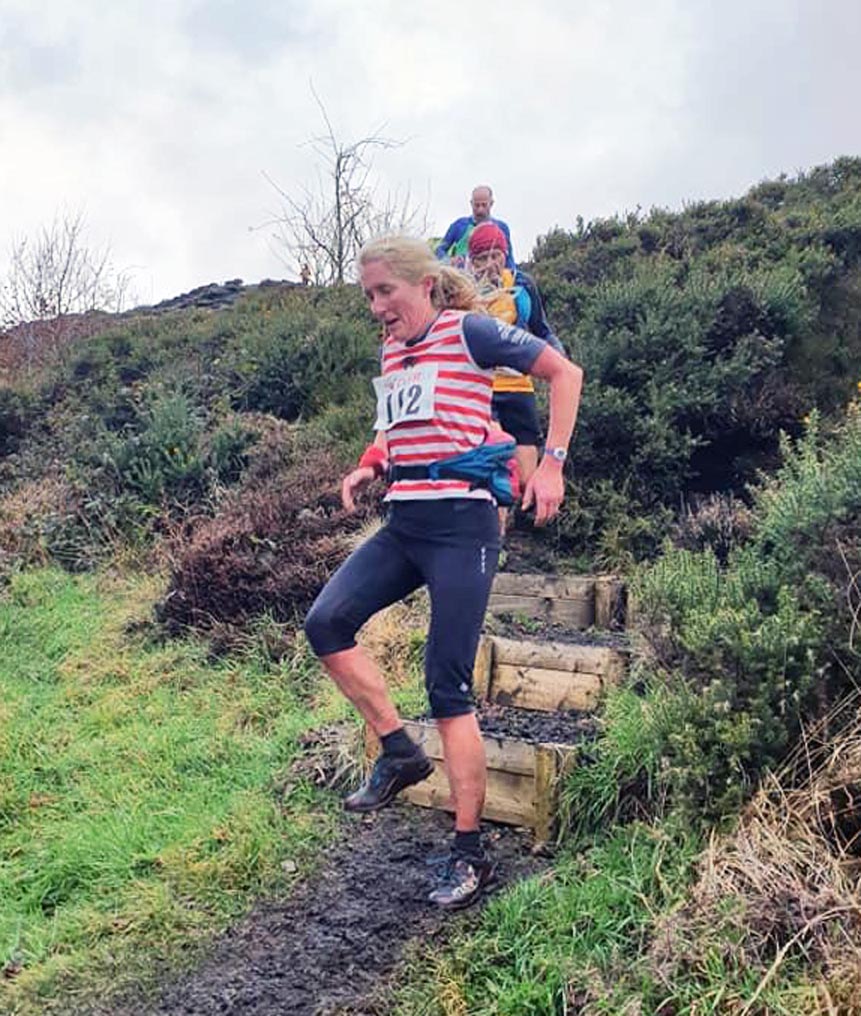 Harley Beecroft, race organiser reflected on a great day: “The rain held off for the race, but it was super wet underfoot and anyone who came back not muddy was very lucky. Lots of bloody knees weirdly! We also had a good turnout from Leeds university orienteering & fell group. Wins in all age categories (inc u21 & u23) which is amazing.” 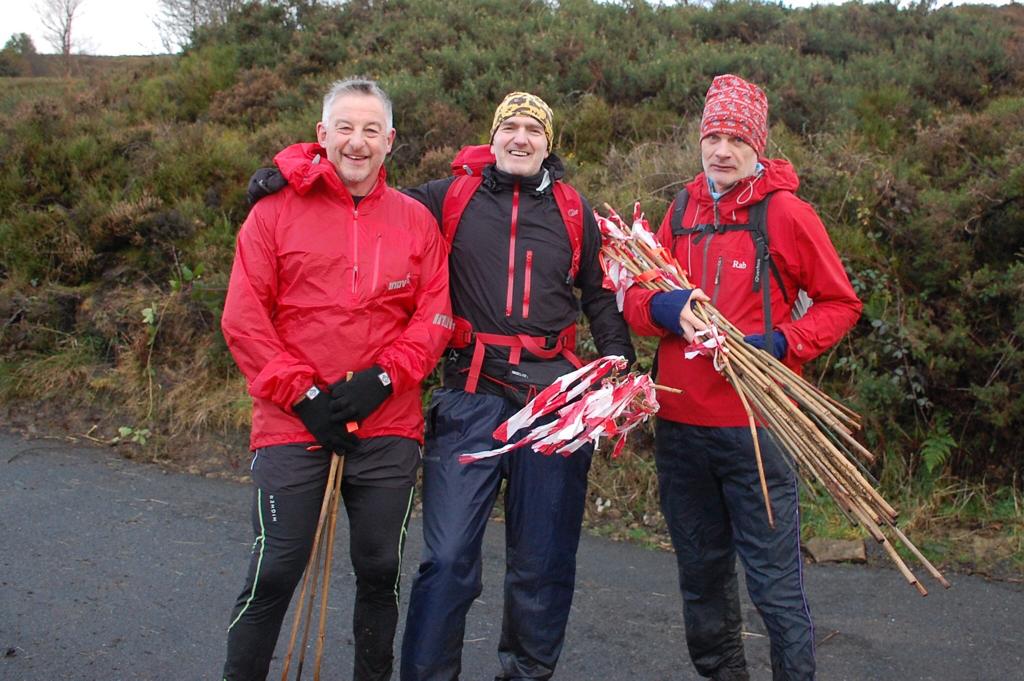 Some of the support crew

Calder’s Ben ‘El Capitano’ Mounsey has been putting in some fantastic winning performances in Spain. This week was no exception with Mounsey finishing 2nd in the tough Alicante Gata De Gorges Trail Race (16km/750m climb) in a time of 1.19:19. This was just one minute behind Pol D’Olesa (1.18:18). Ben said: “Another race, another 2nd place! Time for some rest now – I’m tired after running 70 miles and climbing over 20,000ft in 7 days!” 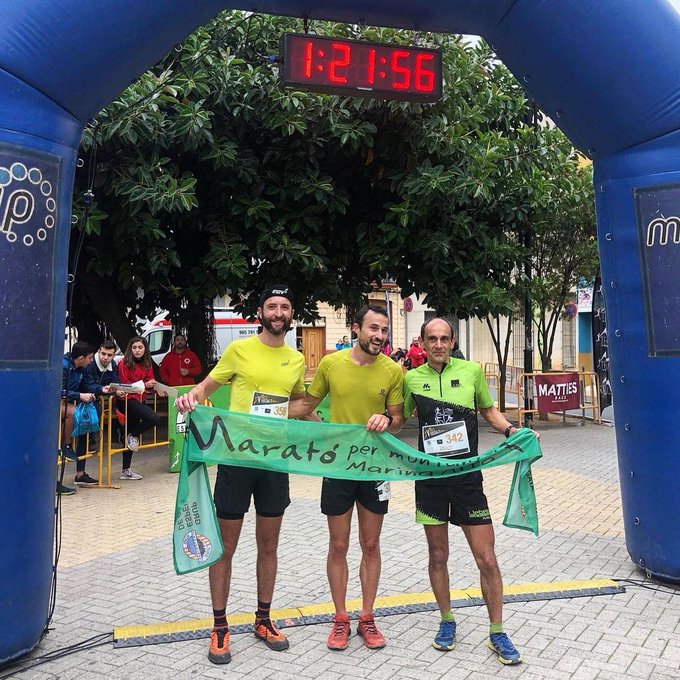