Calder Valley Fell Runners paid tribute to Bill Johnson, who stepped down as Chairperson after 13 years at the helm. Bill’s contribution to the club, which has gone from strength to strength under his stewardship, was recognised at the club AGM this month. 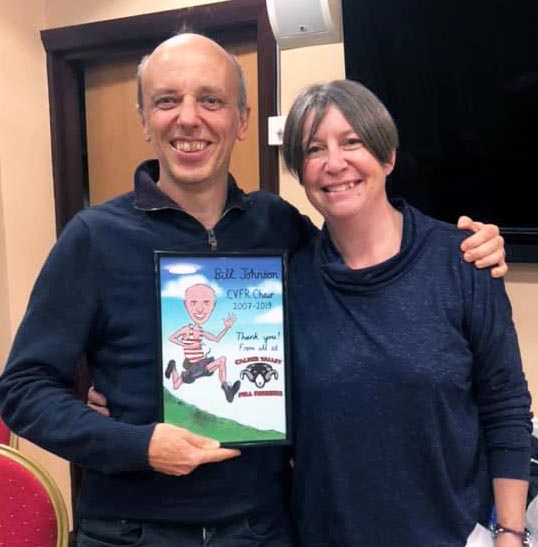 “His leadership has been inspiring to all members and helped the club establish itself as a well regarded club in the fell running world. Bill’s ambition  and organisational skills have enabled the club to host prestigious national events in the fell running calendar. Bill has completed many challenges as an individual runner and as a member of club teams. Calder Valley Fell Runners are indebted to Bill for his enormous contribution to the club and he has been made an honorary member.”

Calder Valley will still benefit from Bill’s expertise as organiser of the Castle Carr Fell Race. Some club members have questioned how such a lovely man could conceive of such a beast of a race!