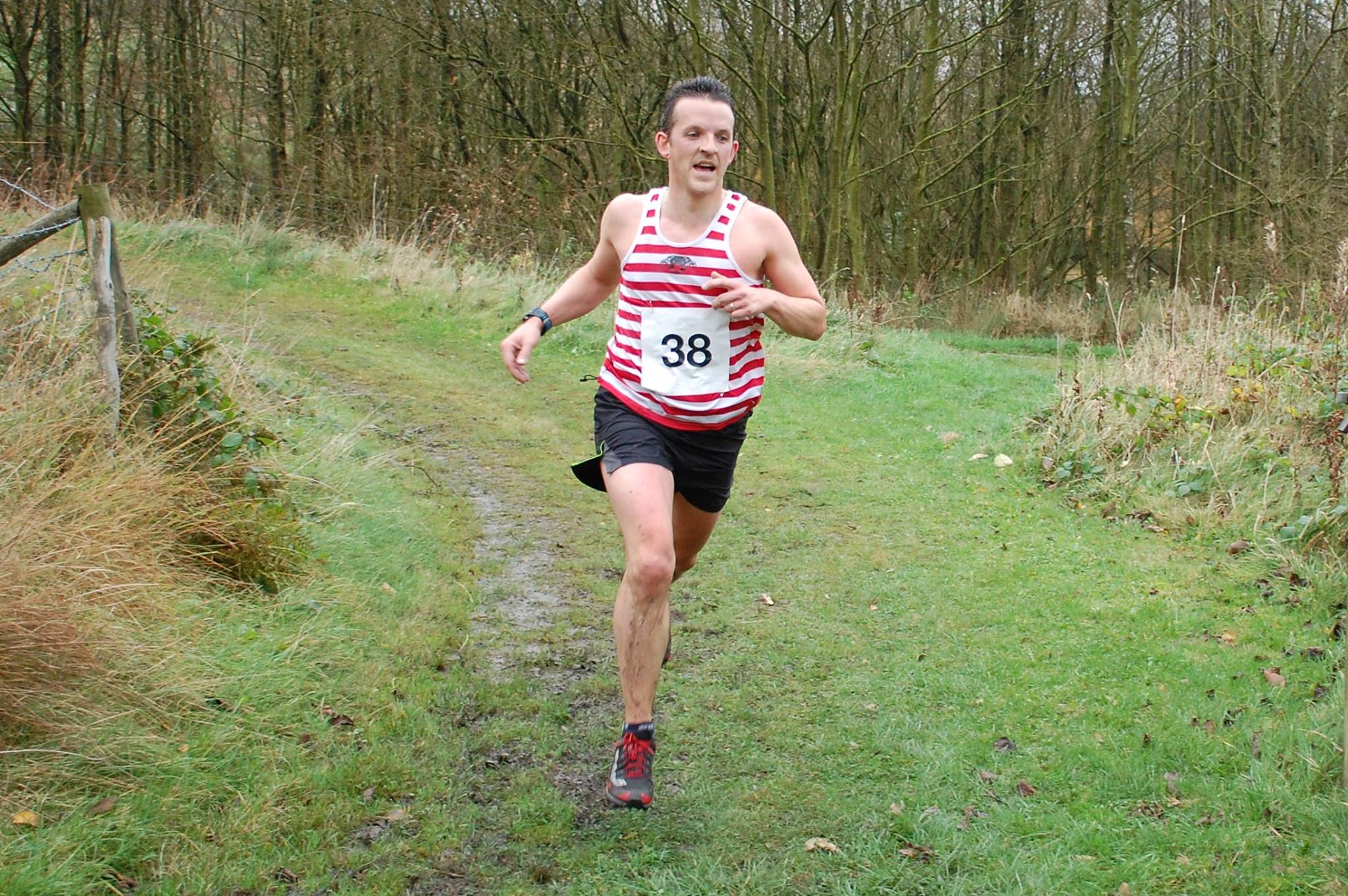 Race you to the Summit

For over 50 years a race has been run from Summit on the Todmorden – Littleborough Road to the White House on Blackstone Edge and back. This year the 4 mile race was won by Chris Holdsworth of Clayton Le Moors in 28:21 and Annabel Mason of Leeds in 35:12.  Mark O’Connor was 4th and first man back for Calder in 32:40 and Ruth Thompson Davies was first Calder woman back in 59:44. 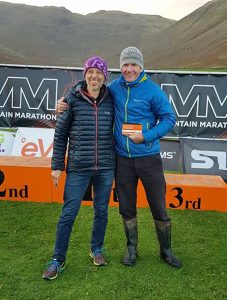 A two day event held, this year, in Great Langdale, involves pairs of runners navigating a course across the hills carrying all their equipment including camping gear for an overnight stop.  Runners can be out for over eight hours a day and are only shown the course once they have started.  Always held at the end of October the OMM is known for its interesting weather. This year navigation was made hard by mist and strong winds on the Saturday. One of the portable toilets at the overnight camp was blown over, it’s not known if anyone was in it at the time.As usual there were some great results from Calder Valley’s best navigators.  Jackie Scarf and her sister Debbie Ryde were 1st women in the medium score category and Phil Scarf and Bill Johnson were 1st vets and 6th overall in the long score.  Helen Buchan and Paul Taylor were second mixed vets in the B class. 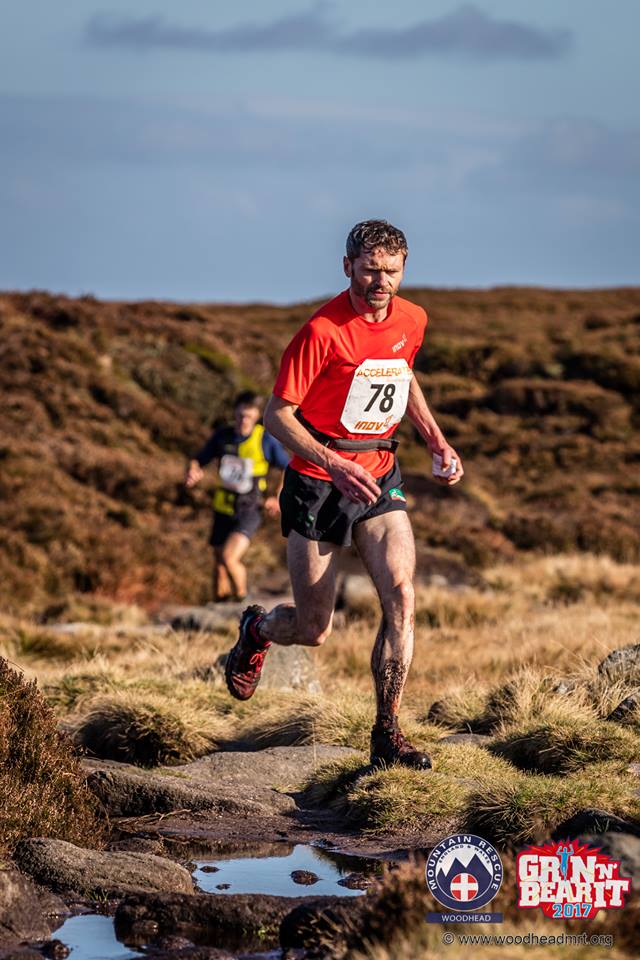 A 25km race across the Peak District Moors south of Langsett Barn, the Grin ‘n Bear It was won by the elf like Gavin Mulholland of Calder Valley in 2 hours 7 minutes and 55 seconds – no further details at present.Gav’s said “Grin n bear it, the boggiest 26k fell race on the planet and was reclassified this year with a new less boggy section following a river valley and an extra climb. Yes. 27.5k and 700m had it enter the long B class. I ran it last year but was well gapped by Karl “legend Gray” and Andy “super” Swift but this year I was back on it. Expectation was high in the week leading up as The Legend’s wife Helen was traumatised at the possible loss of the rather unique petrified bog oak trophy, designed by race organizer Supremo Simon Rippon. Despite changes and kit checks etc this guy was the coolest in the Langsett Bunk Barn during registration.Swifty and Gray were out with injuries so I sailed the cvfr flag. It’s a fast start on forest trails and then it’s a steady climb up to cutgate in the Dark Peak District. I set an early lead but an unknown runner, Seb Batchelor came cruising by and continued to do so. I did spot he was a top junior athlete on power of 10 with 9.27 for 3k pace so no surprise. After cutgate there was a great descent at last quarries to the next check point before the river section. I could see Seb as a distant dot but I also had an eye on the guys closing in from behind.I took a rough line up to Swales Head and had them on my heels but on the way up to Ladycross Despite summer conditions above ground my hands got colder and colder as the race unfolded. I was able to push on though as it is less technical as you turn west for home, and I had kept some fuel in the tank after last years experience. I got my lines right, for once and came home in 2.07.55 which was a nice surprise considering the new additions. I was shocked to find out I had won the race. Seb had overshot in the valley so lost the lead. I was oblivious to this. I remember asking marshals at Salters Brook how far he was in front. They looked at me funny and said “don’t you worry about him” and shoved 2 jelly babies in my gob ;). So didn’t realise I was leading until the end. In 2nd was Peter Davies Dark Peak FR and Seb still managed 3rd after some disqualifications of other runners for a few who missed a check points. Bread, beer and honey for me, and the ugly trophy for the Grays as I knew they wanted to keep it really. Result