The Bronte Way Fell Race is a one way race from Wycoller to Haworth following the footpath of the same name. It was the last race in the 2017 Calder Valley Club Championship for which 13 members turned out.

A fast race mainly over firm tracks, it still packs over 1100ft of climb in 7 ½ miles. Martin Howard was first back for Calder, and first under 23, in 16th place shortly followed by Iain Illstone in 20th place. Lindsay Oldfield was first woman back for Calder and second overall behind Annie Roberts of Todmorden. The race was won by Joe Dale of Victoria Park Harriers with the evergreen Ian Holmes in 2nd.

273 runners completed the race which meant that some of the flour arrows used to waymark the route ended up trampled into the mud. This led to a few people going ‘off course’ but all were accounted for at the finish. 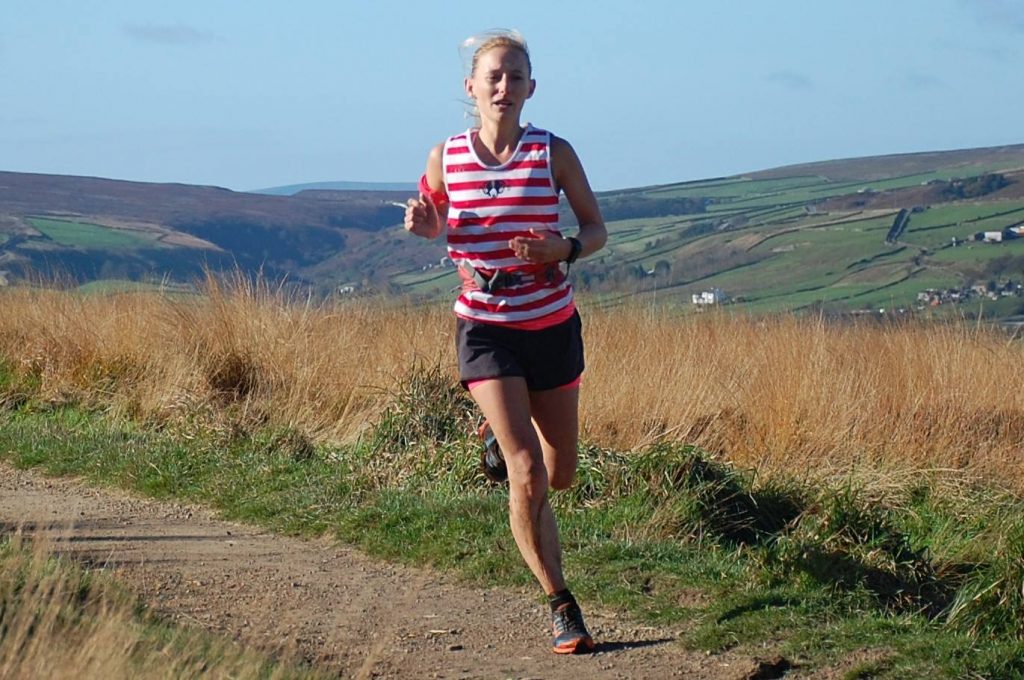 This final race in the Club Championships means that Lindsey Oldfield has stormed the women’s titles winning the Women’s title just one point off a perfect score of 600, as well as the Short Queen and Medium Queen. Short (up to 10km) Medium (10km to 20km) and Long (over 20km) are the three length categories in fell races.

The Club Champion was Rob Allen, closely chased by Iain Illstone and Dougie Zinnis. However Rob’s prowess at the medium and longer distances gave him a lead of 11 points in the final results. Paul Haigh took the Long King title while James Cook was both Short and Medium King.

The Handicap Championship is scored based on previous results so a good improvement in running is essential to win this title. Paul Haigh added this to his Long King title again chased by Iain Illstone and Dougie Zinnis. Toby Sydes won the Vets Championship and Rod Sutcliffe took the vet 50 title.

Calder’s Championship consists of five races at each length with a runner’s best two results to count. The Short, Medium and Long titles are the total score for each length.