Last Saturday, 47 Calder Valley runners of all ages joined the start line for the Shepherds Skyline fell race, hosted by Todmorden Harriers. It’s always a popular race but this year numbers exceeded expectations with 320 seniors and 92 juniors registering for the mud fest. 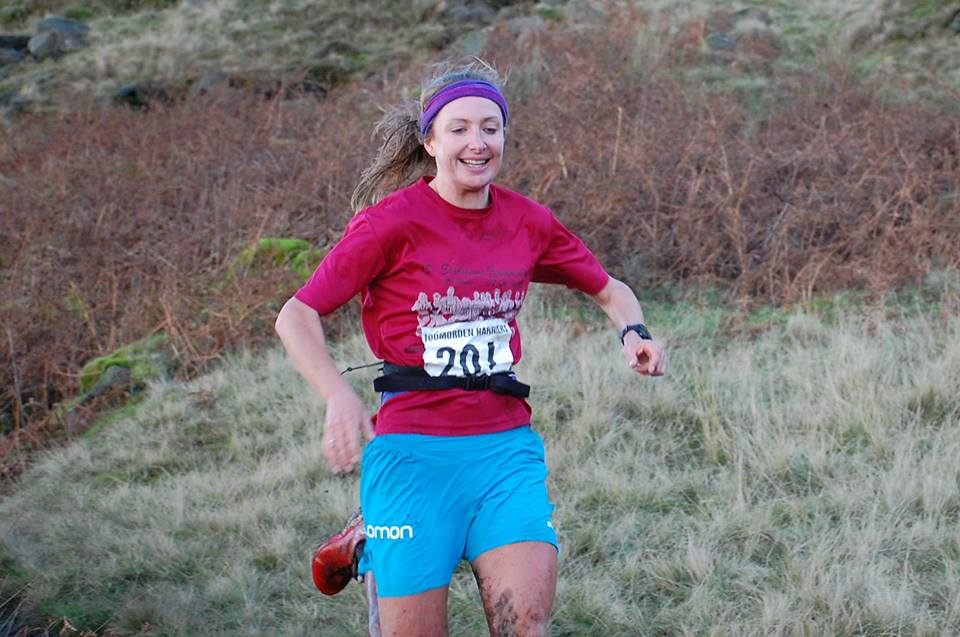 The Senior’s race is a fast, muddy course – with a steep descent off Stoodley Pike for the kamikaze descenders, immediately followed by a stiff climb back up the hill to keep the stout-legged fell runners on their toes. This 6 mile route takes in 1148ft of climbing whilst offering stunning views across the valley from the ridge line. The junior routes opts for a shorter version, albeit as muddy, on the nearby hillside. 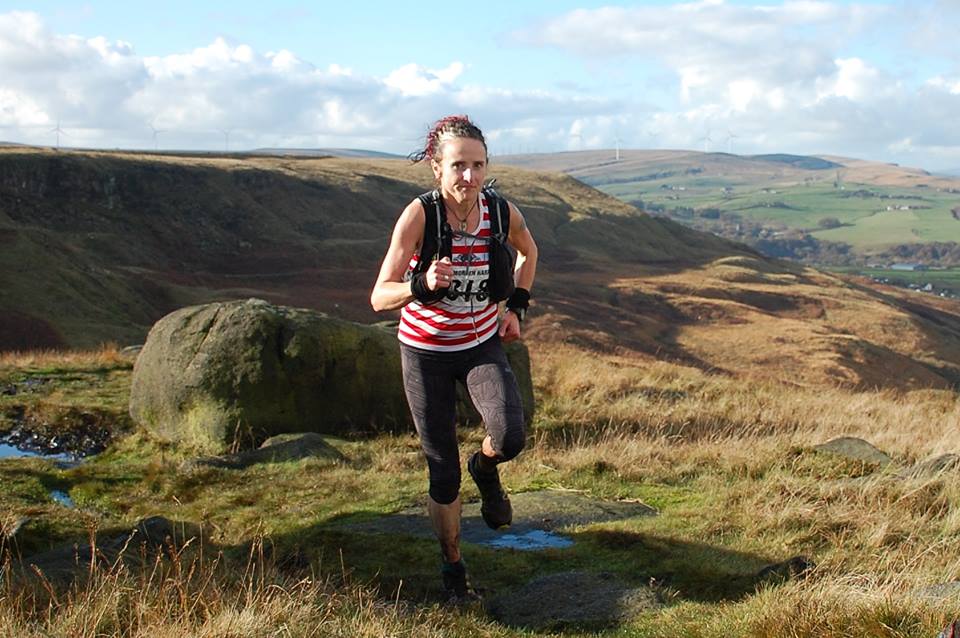 “It was a cold start and the 3 pints I’d had to drink the night before were agitating my pre-race nerves. All my body was screaming why do you even need to do this? But then the sun came out and after some number herding we were off. All race nerves were drowned out by adrenalin and heavy breathing up that first hill. I mostly enjoyed the race, especially the support from the die hard CVFR groupies en route. The second hill was a killer but then came the final descent; a fast paced trip and stumble back down to the pub. Hurrah!” 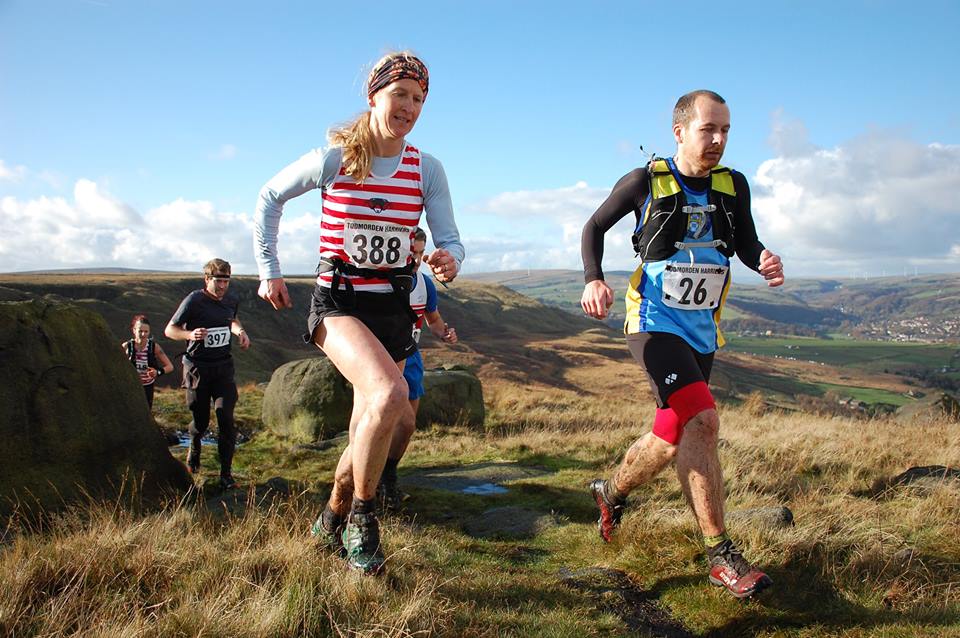 Tom Owens of Shettleston Harriers was first back in 44:20. First CV male home was Iain Illstone, just behind Holly Page in 49:01.

In the Juniors, with almost 100 runners, 23 mini stripes also put in an impressive performance with CV juniors all coming in the top 5 for the U9s. It was won by the club’s Sam Annison, followed 4 seconds later by Clara McKee, first girl. Harry Cliff was third, newcomer Eddie Chrisanthou came fourth and Leo Hackett 5th. Further prizes were picked up by CV in the U11 with Charlie Pickins second and Thomas McKee third. In the U13, CV’s Patrick Casey secured 4th place.

CV Junior achievements go far with the club’s William Hall recently crowded U13s Champion at the BOFRA (British Open Fell Runners Association) Annual Awards ceremony in Barnoldswick last Saturday. Will won the under 12 age group and James Duffy came fourth (though would probably got third had the Wasdale race not been cancelled due to flooding). They were presented with their trophies by fell running legend Victoria Wilkinson. Said proud dad, Stephen Hall:

“A great night was had by all, celebrating success for all the adults and youngsters that had committed to an excellent race series.”