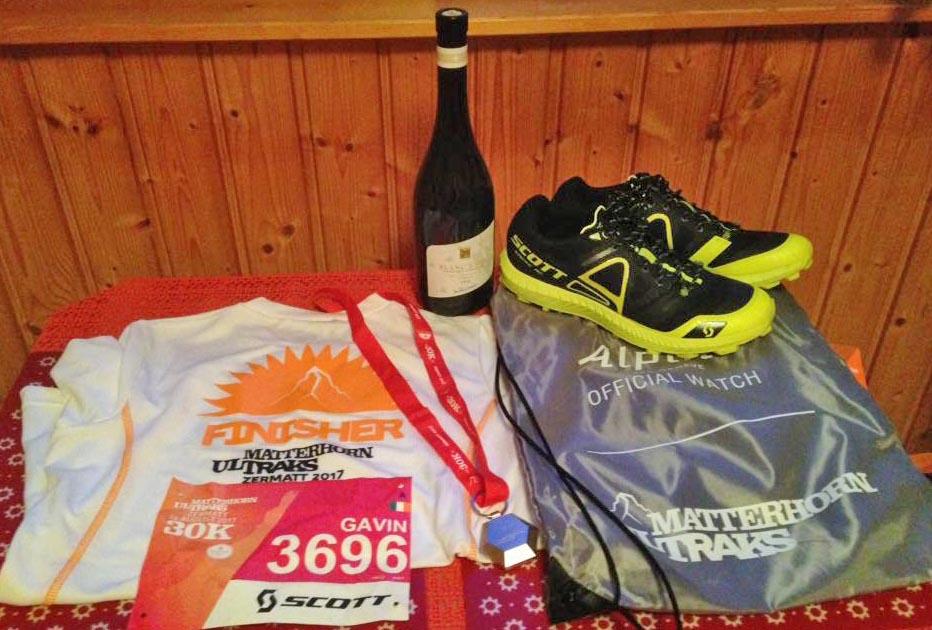 After years of Ben Mounsey and co racing in Europe, when one time cvfr Johny Helliwell (I have allergies to racing) asked me I took him up the offer to go and do this Matterhorn race.

There are 3 choices offered by ultraks, 16k, 32k and 46k. I know my limits so we registered for the 32k in a very commercial but impressive arena with most leading brands enticing you for sales.

After 2 sleepless nights I was ready to put this beast to bed 🙂 Race day we hopped on the train to Zermatt (the start) to save all energies. 8.40am and anxiety levels spiked as I tried to block out the mcs/comperes as they revved up the crowds and then it was blast off.

I had imagined a Hebden 22 as a very rough guide but this course had 2000m of climb and start height of 1600m, 10 times my home height, we knew this would be a weakness. A few extra days to acclimatise in future.

With no “Bullet Ben” start, I set the pace for the first mile, and then Wenker (Swiss, Scott) trotted past along with eventual 2nd place, making the first climb look easy. It was, except I had no oxygen but Johny set a good pace and we reached the summit at Sunnega 2260m. Plenty at the feed station but I couldn’t get any food down which was a concern.

Me, Baptiste and Johny worked together contouring on fantastic trails and up the 2nd climb (not as brutal as the first) but still 600m uphill called Riffelalp. We hit a tricky section and Baptiste took off but I chased and closed it, leaving Johny with his own mental ghosts to endure the 2nd half.

I found I could only drink dilute coke and didn’t even try to eat but I felt okay on the final killer ascent 800m to 2583m though I didn’t really take in the views too often. On the top I waited for Baptiste, but the voice of grandmaster Gray, like Obe Wan Kanobi, told me to go, we shook and I flew down to the reservoir that provides power to the whole town, expecting Zermatt to appear.

Instead I got a 4K sign and my fake duracells were spent. Tiny ups became Trooper Lanes and my cadence became erratic. I tried to crouch at a mountain stream and aborted as the change in movement ignited cramp.

I got over the line in 3hrs 4mins in 3rd and Johny came in only 5 mins after in 5th. I gave the trademark kiss to the mcs/comperes, got photographed in the top 3. Then dropped to the ground and crawled off for shade and food.

Unfortunately I started hyperventilating though in my head I didn’t panic. Emergency aid was given and eventually I came back to life in plenty of time for me to wreak havoc at the awards kissing all the top 10, the organisers and pretty ladies. Some great prizes too. 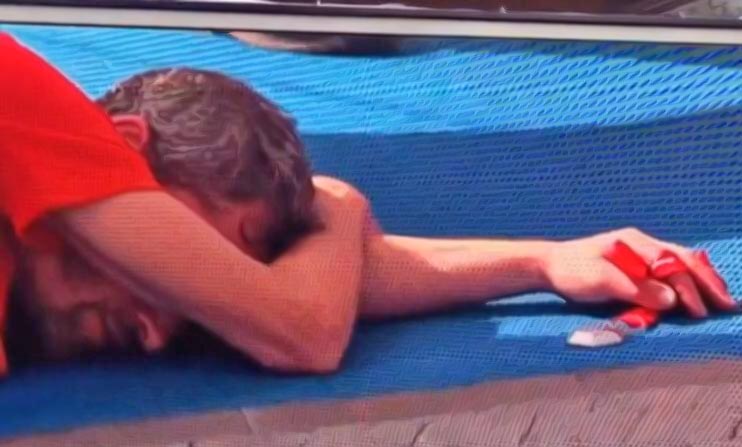 A few hours later after a wash and feed, all part of the courtesy, and the mcs spotted me and thanked me for making everyone laugh. Now I must’ve underestimated my rechargeable as I drank the complimentary cocktail and boogied until 4am.

A wonderful day and I would urge fell runners to consider a race of this stature. The Earl himself may do battle with the 46 in future!