The Matterhorn Ultraks is a hugely competitive international race. Part of the Skyrace series – so-called because the races take place at high altitudes with large amounts of climbing – the it is a 20-mile race with over 2,000 metres of climbing, including one of Switzerland’s highest mountains. 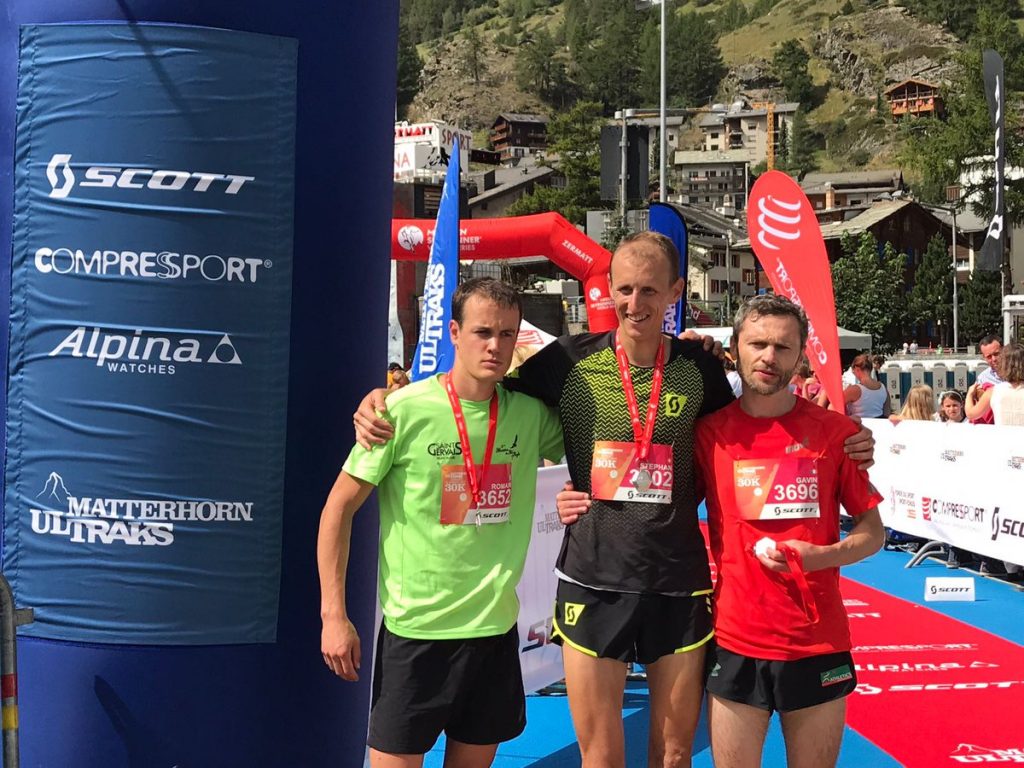 Alongside a host of international sponsored trail running athletes was Calder Valley’s Gavin Mulholland. He has had an excellent season running already this year, and his performance in Switzerland topped it off. Over a tough three hours, starting off in wet, misty conditions and ending in the blazing sunshine, Gavin came an excellent 3rd place and first veteran in a very high calibre field of almost 500 runners. His running partner Johny Helliwell was just a little behind in fifth place.

“I set the pace for the first mile, and then Wenk (the eventual race winner) trotted past, making the first climb look easy. It was, except I had no oxygen. Me, Baptiste (4th place in the end) and Johny worked together contouring on fantastic trails and up the second climb. We hit a tricky section and Baptiste took off but I chased and closed it, leaving Johny with his own mental ghosts to endure the second half. I found I could only drink diluted coke and didn’t even try to eat but I felt okay on the final killer ascent.
“I then flew down to the reservoir that provides power to the whole town, expecting the finish to appear. Instead I got a 4K to go sign and my fake Duracells were spent. Tiny ups felt huge and my cadence became erratic. I tried to crouch at a mountain stream and aborted as the change in movement ignited cramp. I got over the line in 3.04 in 3rd and Johny came in only 5 mins after in 5th.” 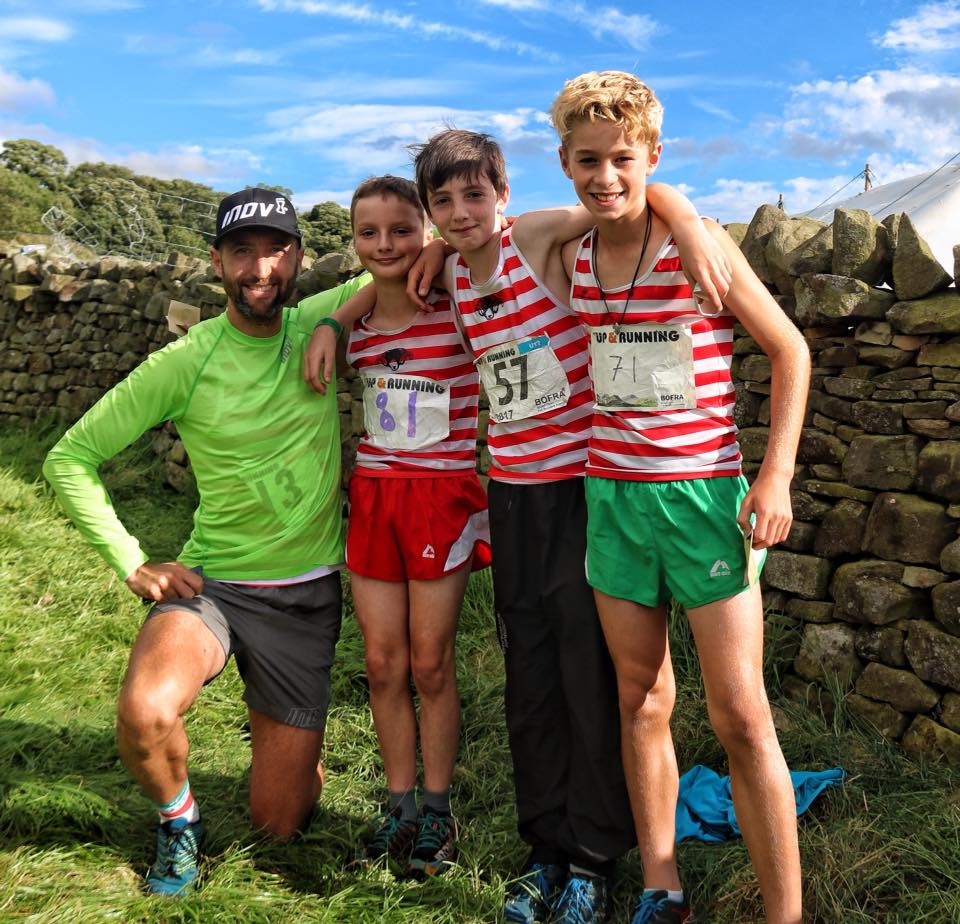 Up in the Lake District, three Calder Valley runners competed in one of the classics in the fell running diary, the Grasmere Guides. In true fell running fashion, the race is just 1.6miles long but includes 900 feet of climbing, making it a lung-busting slog up and hair-raising dash down again. Math Roberts had an excellent run in a very competitive field, finishing in seventh place in 14: 21, with Darren Kay, getting over an injury, not far behind in twelfth 14: 56. Paul Gilbert finished in 87th.
Calder Valley had a series of great results in some other fast and furious races too. At the Reeth Show, Ben Mounsey took first place in a short, steep up and down fell race, with Mark Taylor in fifth place overall, and first V45. In the under-12s race it was a clean sweep for Calder Valley, with Will Hall, Patrick Casey and James Duffy in 1st, 2nd and 3rd respectively.
James Duffy was also at the Malham Show, and took an excellent first place in the under-12s race, topping another successful weekend of running for him.