A classic grassy course over some of the best parts of the Howgill Fells, Sedbergh Hills is bit of a tough race, covering 14 miles with over 6000ft of climbing. The route takes in the hills of Arant Haw, Winder and the highest point in the Howgills, The Calf. Calder Valley’s Richard Pattinson (V50) had a storming race coming in 4th place and first vet in 2 hours 28 minutes and 44 seconds, just eight minutes behind the winner, Garry Greenhow of Ambleside. First woman was Zoe Harding of Edinburgh University Hare and Hounds in 2 hrs 43mins 48 secs.
Calder’s Dougie Zinnis had a good race coming 43rd in 3hours 2 minutes, Gareth Clarke was 60th in 3 hours 11 minutes and Toby Sydes was 105th in 3 hours 34 minutes.

One of the oldest fell races in the calendar, the Burnsall Classic, was held last Saturday. Two Calder valley members took part in the fast and furious race that climbs 900ft in just three quarters of a mile before returning down the same route. Darren Kay was first v40 in 16:39 and an excellent 7th place overall. Blair Garrett was 76th in 23:17. 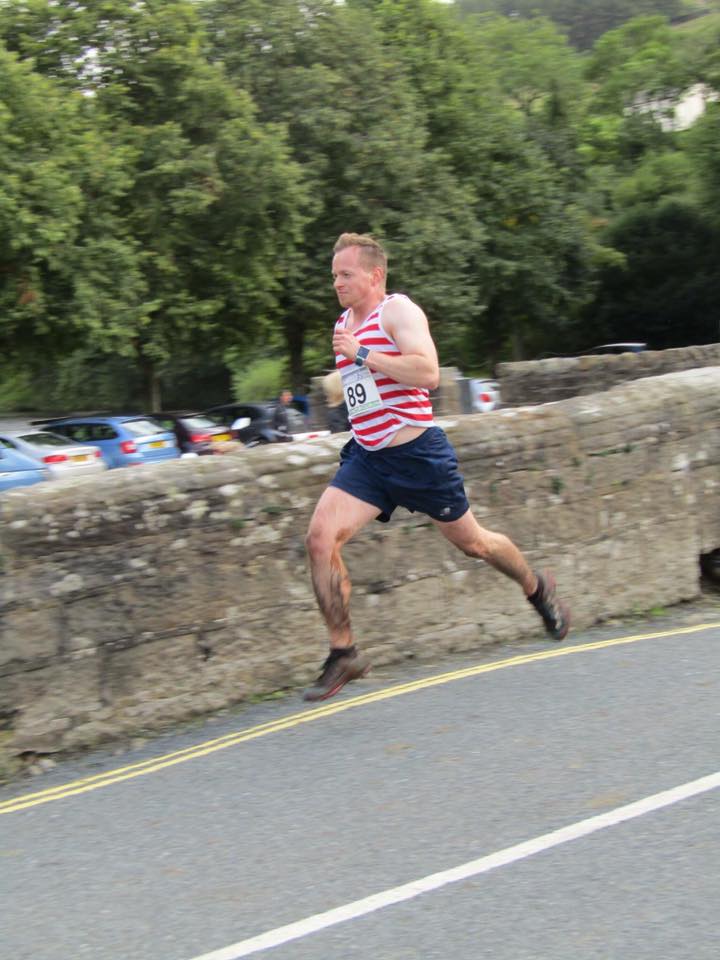 Victoria Wilkinson won the women’s race in 16:54 and 9th place overall. The men’s race was won for the second time by Sam Tosh of Rossendale in 14:28
Pendle 3 Peaks
A newer race, Pendle 3 Peaks is a 10 mile race climbing nearly 3000ft run out of Barley at the foot of Pendle Hill. Calder’s Calvin Ferguson finished in 1:54:40 in 43rd place and new member Bryan Searby was 83rd in 2:15:08.

At the Rossendale Harrier’s Golf Ball race which is 5 miles and 900’ feet from Rawtenstall Calder’s team captain Shaun Godsman had an excellent run to place 2nd overall and 1st v40 in a time of 40.42. Shaun is getting back to fitness after a long lay off with a bad back injury. 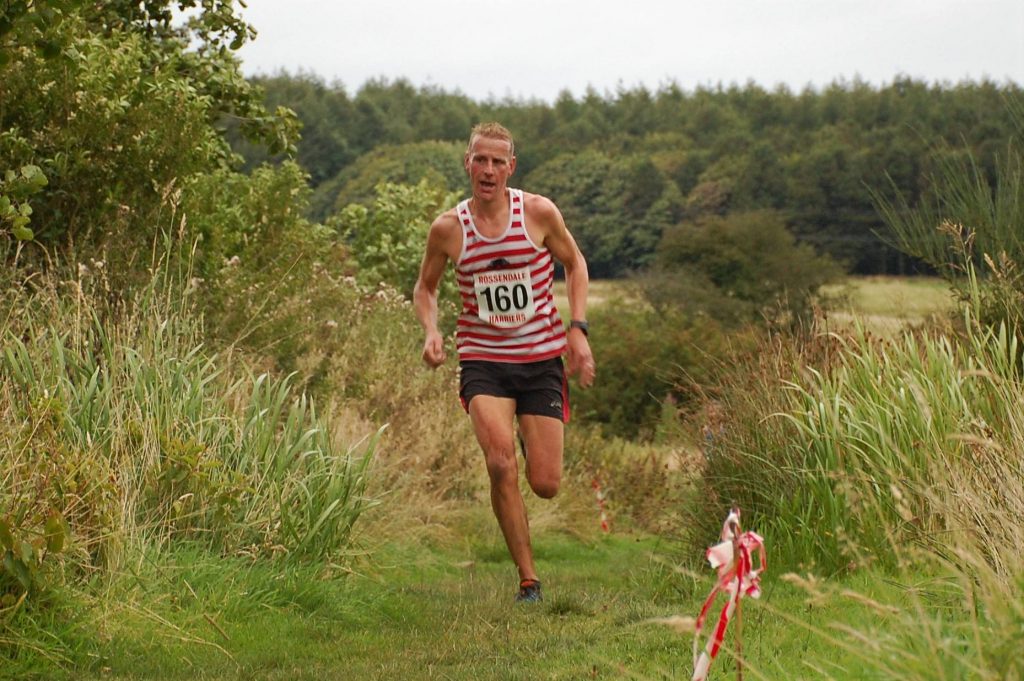 The race was won by an under 23 runner Callum Davidson from the host club in a time of 38.21. Carole Fryer who seems to be going from strength to strength placed 1st LV50 in 55.50. Just 45 seconds in front of Carole was Calder’s Anthony Costello who ran well.