The mighty Wasdale fell race was held last Saturday. The race is a counter in this year’s fiercely contested English Fell Running Championship as well as Calder Valley Fell Runners Club Championship. So there were a good few red and white hoops on the start line with the 273 strong field.

Considered to be possibly the toughest fell race in the calendar, Wasdale packs over 9,000 feet of climb into its 21 mile route and includes England’s highest peak. Starting at the northern end of Wastwater, the route heads over the hill that stands over the famous screes, Whin Rigg, before crossing the valley to head up Seatallen, Pillar, skirting Kirkfell, and climbing over Great Gable before heading up Scafell Pike. The race then finishes with a leg pulping 3,000 foot drop down Lingmell. 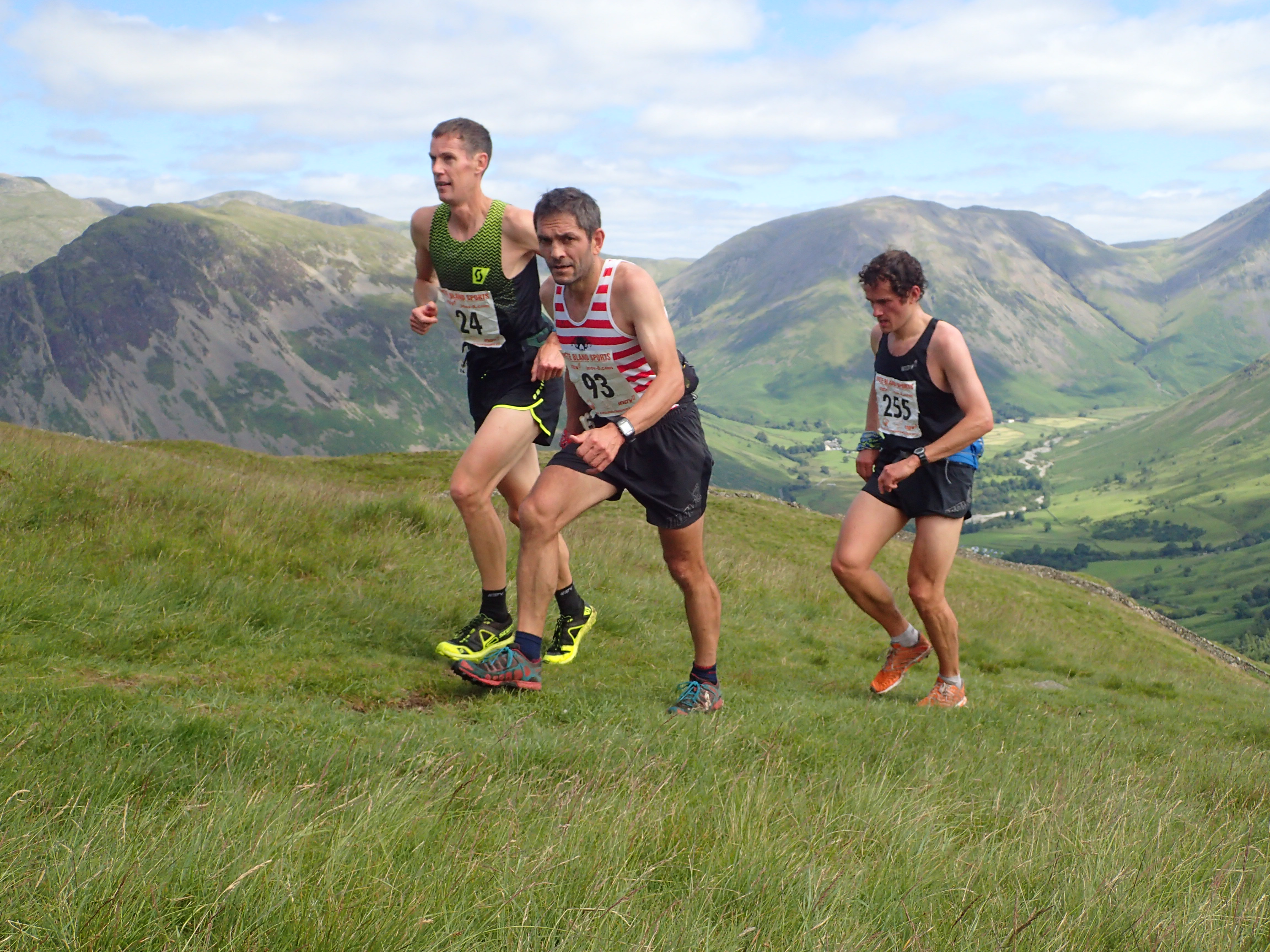 Calder’s Karl Gray played a sensible race keeping pace with Bingley’s Rob Jebb over much of the route. They were neck and neck at Beck Head in 6th and 7th place, before the climb up Great Gable, sharing foot and water offered by spectators. Karl then pulled though the front runners finishing in a spectacular 2nd place taking 3 hours 50 minutes and 5 seconds. Not bad for a 47 year old and one of his best results ever! The race was won by a Carl Bell of Keswick who was over 9 minutes clear of Gray in the fastest time since Andy Styan in 1990. Andy Swift was second Calder runner in 27th place, shortly followed by Ian Symington in 32nd.

The women’s race was much tighter. Anna Lupton of Black Combe was first woman in 4 hours 41 minutes and 26 seconds, closely followed by Nicola Jackson of Preston only 2 seconds later. Helen Buchan was first woman back for Calder, followed by Jackie Scarf. 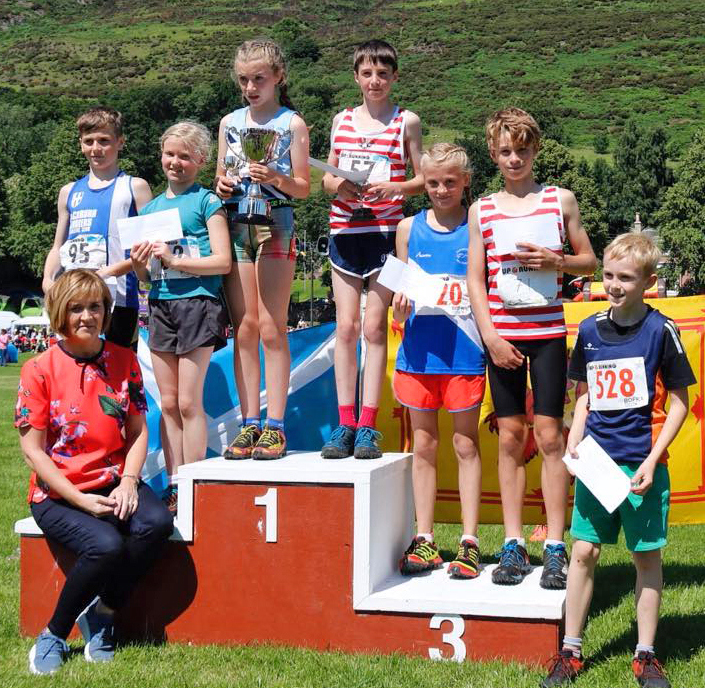 Will & James on the podium @ Alva

Calder Valley Juniors, Will Hall was 1st and James Duffy 3rd at the Alva Games held near Sterling, Scotland as part of the British Open Fell Runners Association. They are both doing really well in the BOFRA under 13 champs (Will 1st and James 4th). Will is on course for winning both the FRA English championship and BOFRA championship this year. In the senior race an injured Ben Mounsey kept his senior title hopes alive by placing a fantastic second place behind Wharfedales Ted Mason who’s won this race on numerous occasions. Mounsey, who is an excellent descender, had to take it steadier than he would have like to protect an already painful knee.