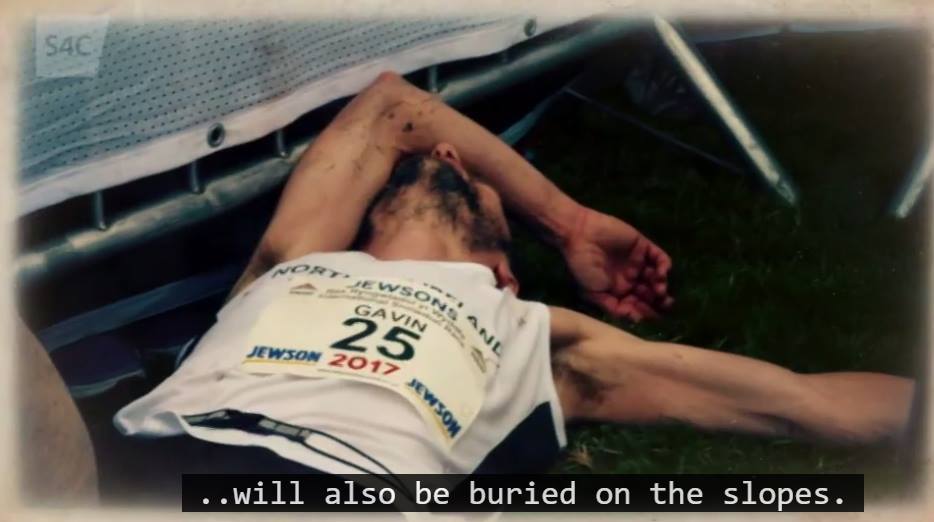 Top effort – Gav Mulholland – over and out after Snowdon

The main event in the Calder Valley Fell Runners calendar this week for many in the team was the Snowdon Mountain Race – or Ras-yr-Wyddfa in Welsh. This 10 mile race is a straight up and straight down affair, starting in Llanberis and climbing 3,300 ft to the top of Snowdon and then back down the way you came. The weather was pretty grim with wet conditions under foot and very misty. Alex Whittem led the red ‘n’ whites for the first phase, with Gav Mulholland, Math Roberts and Jason Williams close behind. The Northern Irish vet then took over, with Math, Jason and Alex not far behind. Gav was 12th to the summit and ended up in 11th place overall in a time of 01:12:59. Representing Northern Ireland for this race he was the first runner back for his country. Math had a great run in his Welsh vest to take 16th place and only just under a minute behind his team mate. Alex Whittem was next back for the club in 26th place in 1:16:34 with 35th place for Jason in just over 1 hour 18 minutes. 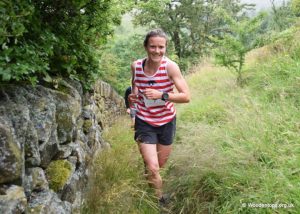 Helen Roberts on her way to 2nd lady

Also on Saturday was the Oxenhope fell race, held as part of the village gala. This year the 3.3 mile race attracted a record number of entries, with 58 runners taking part. The race takes runners around the beautiful scenery of Oxenhope and Leeming reservoir. Three runners from CV entered, with Rob Allen finishing 4th overall and 2nd lady for Helen Roberts only a few seconds off taking top spot. 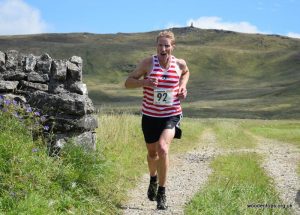 On Sunday there was another race in the BOFRA Championship counter at Cracoe, Yorkshire Dales. This was another short and testing race at 2.6 miles in total with 900 ft of ascent. Only one senior CV men entered, Mark Taylor, finishing 8th overall. In the juniors U12 event, Will Hall had a cracking race, finishing 2nd overall; James Duffy was not too far behind in 6th place too.

Finally, Jon Smith, Iain Powell and Gail Tombs entered the Kentmere Horseshoe race in the South Lakes, finishing 39th, 145th and 307th respectively out of 346 runners. This popular race, run in very hot conditions this year, takes the runners on a 12 mile outing from Kentmere up to High Street and back down.