New club signing Andy Swift made his second attempt at the Bob Graham, one of the toughest challenges in fell running – to run 66 miles over 42 peaks in the Lake District in under 24 hours. It’s an arduous challenge and a true test of endurance and navigation.

Andy is in good shape and has recorded some excellent results in the fell running championship races to date, but the Bob Graham is a different beast altogether. Having attempted the round before, there was a lot at stake. Thankfully he didn’t disappoint, completing the epic run in 19 hours and 12 minutes, a fantastic result, particularly because he ran it in terrible conditions. As he put it: 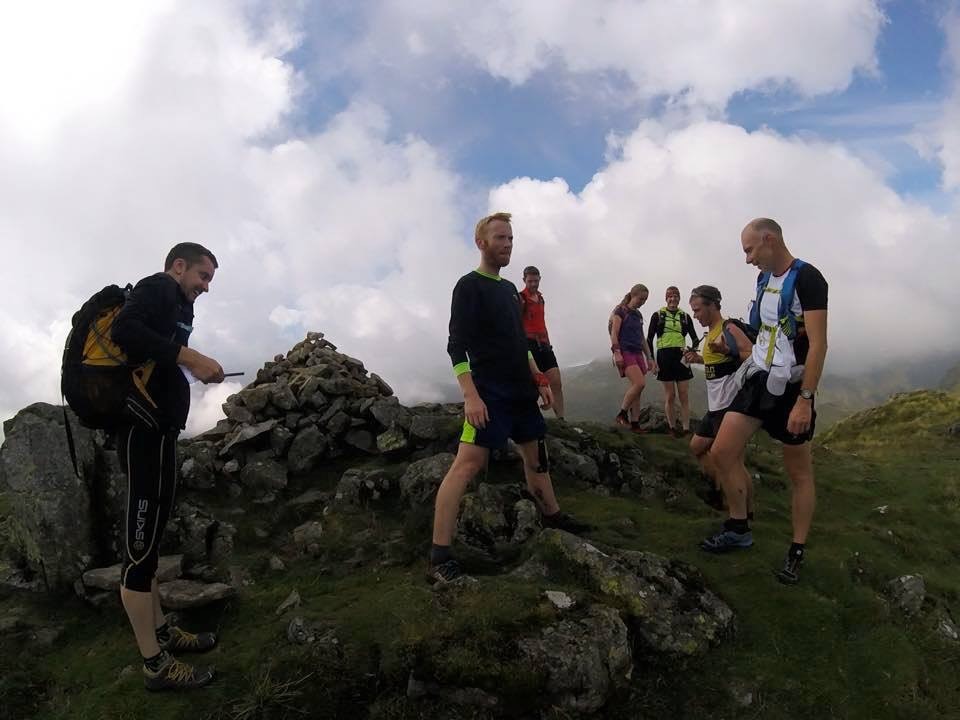 “At 2am I set off into the night hoping to finally conquer the Bob Graham Round. After last year’s ill fated attempt I knew all too well that this wasn’t to be taken lightly!

“We hit the summit of Skiddaw in conditions which I can only describe as like running in a washing machine! Zero visibility, torrential rain, and 50mph winds just for good measure. That set the tone for the whole morning and early afternoon; rain, low visibility, wet rocks, and bogs.

“Despite this I felt strong, arriving in Threlkeld 10 mins down on schedule, and then 15 mins up by Dunmail. Some rough running and the dreaded bad patch, coupled with sharp pains in the ankles, shins and knees meant I arrived in Wasdale an hour down! A longer than planned 20 min stop to recover meant I was just about on for 20 hours as we headed up Yewbarrow. Frustratingly, apart from the horrendous pains shooting through my legs I felt really strong, and despite not being able to descend at much more than walking pace I was making my way up the hills with ease. By Honister I was comfortably on for sub 20 hours. Not wanting to waste time I quickly changed into my club vest and started my run to the finish. I was determined to finish as fast as I could manage so really went for it.”

“I set off aiming for sub 18 hours, but with conditions as they were I’m over the moon.”

Another elite Calder valley runner was also out in the Lakes this weekend. Ben Mounsey took part in the very different Lingmell Dash, a 4.5 mile race up to the summit of Lingmell and back. Ben won the race, despite have just one hour’s sleep after supporting Andy Swift on the night shift of his Bob Graham round.

Over in Wales, Catherine Holdon ran the Snowdon Trail Half Marathon. Involving a climb up Snowdon and running through the scree and rock of old slate mines, this is not your average half marathon route! She finished the race in an excellent 2 hours 30 minutes, just missing out on first FV40, 8thwoman overall and 51st out 512 runners.

Closer to home saw 146 competitors take part in Widdop Fell Race, one of the peak summer races organised by Calder Valley Fell Runners. It takes the runners from the Pack Horse Inn around some of the remote moorland of Widdopreservoir and rough ground on Heptonstall Moor and back through some heavily overgrown ferns. At 7 miles, it’s one of the longer mid week evening races and always gets a good turnout.

There was a battle at the front of the field, with Sam Watson of Wharfdale Harriers just beating Calder Valley’s Gav Mullholland by twenty 22 seconds and 10 seconds later Todmorden harriers’ Andrew Worster. Jo Buckley of Calder Valley took the women’s prize, beating the next runner by a comfortable 5 minutes.
Calder Valley also took the team prizes – Jo Buckley, Jackie Scarf and Stella Christanthou for the women, Gav Mulholland, Oliver White and Romans Sustovs for the men.

It was a pretty much a clean sweep across the age categories for Calder Valley’s juniors at Widdop too. Clara McKee and Sam Annison won the under-9s. Charlie Pickens took the under-11s. Will Hall won the under-13s. 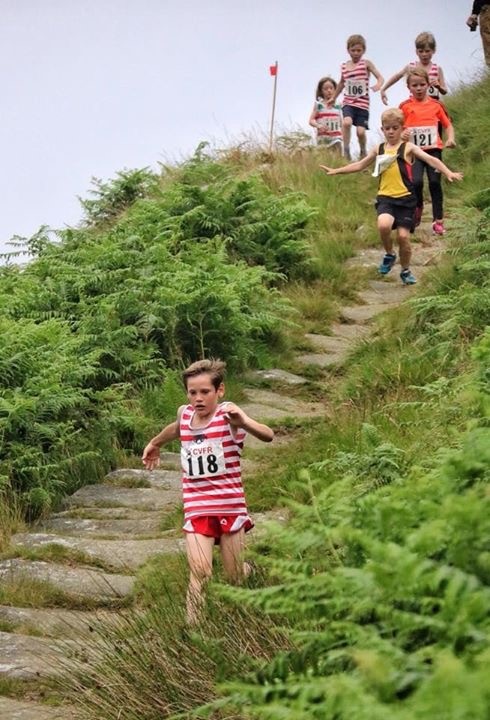