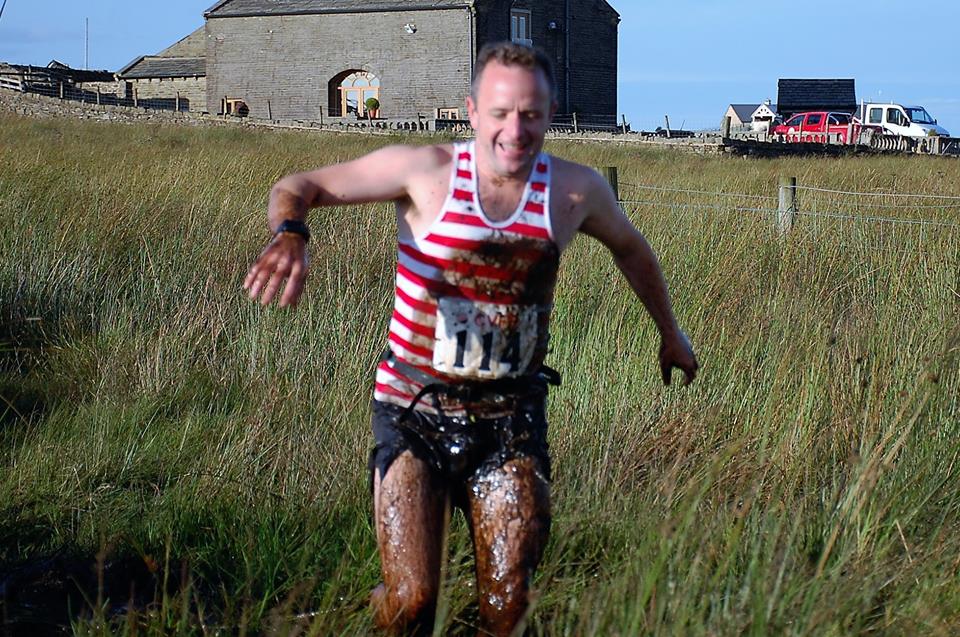 Rather than the usual mass start, the handicap race has staggered start times, with each runner allocated a starting time based on their performance in recent races. In theory, everyone should finish together but this is seldom the case with all runners putting in extra effort to beat their club mates. Thirty two determined CV members started from Overden windmills carpark to complete the 6.6 mile route across the moor to High Brown Knoll and back, encountering the infamous bogs and tussocks as they went. Mike Wardle was first over the finishing line with Stella Chrisanthou the first lady and LV40. Said Stella:

“It was lots of fun and I got heaps of encouragement on the way round. I seemed to avoid the monster bog- I think I came off quite lightly compared to others! And I’d like to thank my fellow club mates for guiding me through the cow field- I wasn’t so keen on that bit!!” 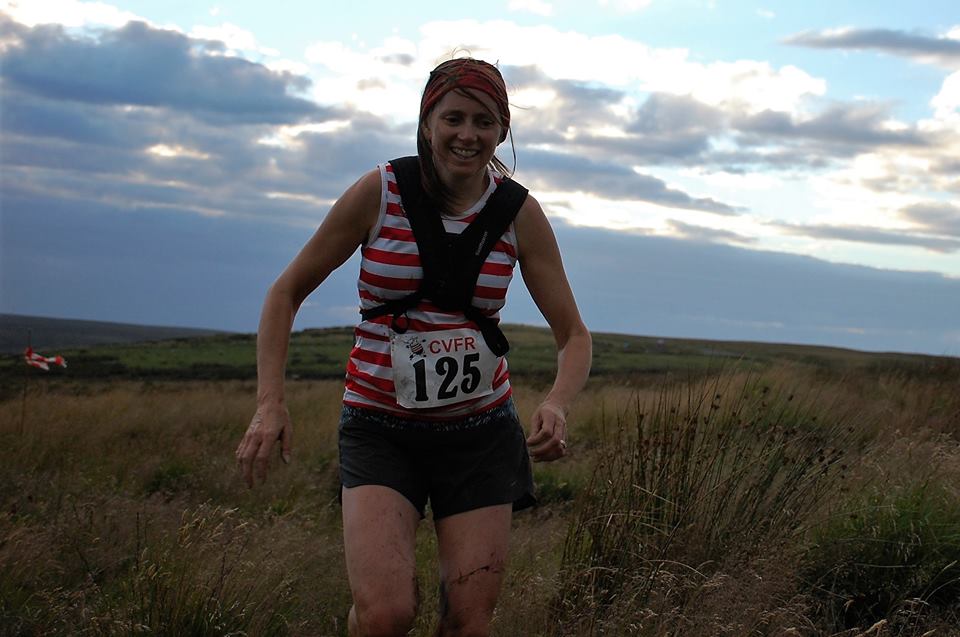 Stella on the CV Summer handicap (courtesy of Mick Fry) 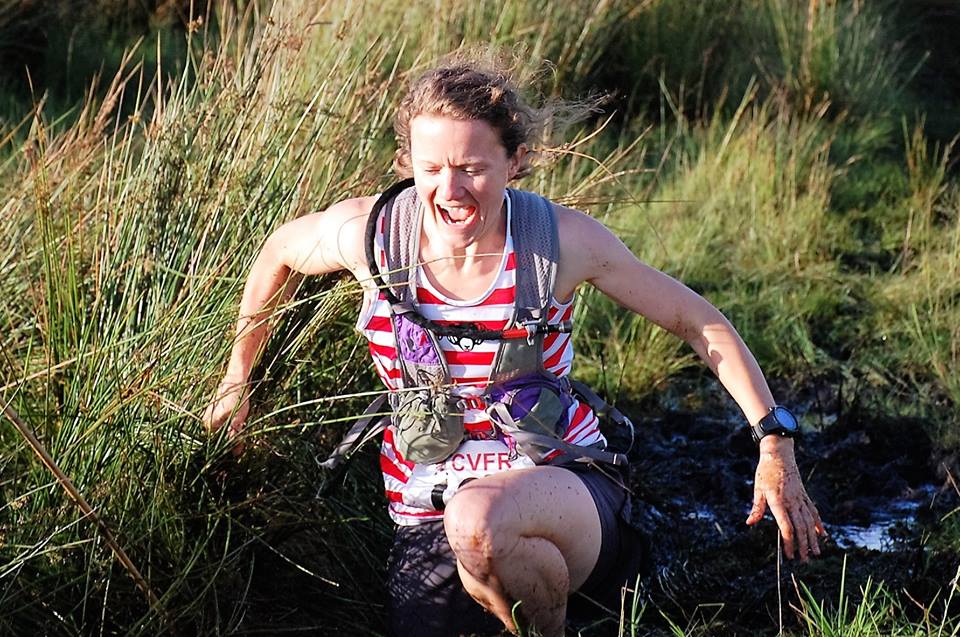 Later that week saw a handful of CVFR taking part in the epic Lakeland 50/100 mile ‘Ultra Tour of the Lake District’, renowned as the UK’s most spectacular long distance trail race. The circular route encompasses the whole of the lakeland fells, includes in the region of 6300m of ascent and consists almost entirely of public bridleways and footpaths. The route starts in Coniston and heads South before completing a clockwise loop which takes in the Dunnerdale fells, Eskdale, Wasdale and Buttermere before arriving in Keswick. From here it heads to Matterdale and continues over to Haweswater before returning via Kentmere, Ambleside and Elterwater to the finish at Coniston. It weaves its way through stunning valleys, coutours picturesque fells and cuts it’s own line through the amazing Lakeland topography. Some may consider that, with 40 hours available to complete this epic route, there is time to stop to admire the view but many competitors choose not to stop or sleep, challenging themselves to compete it in just over 24 hours. . 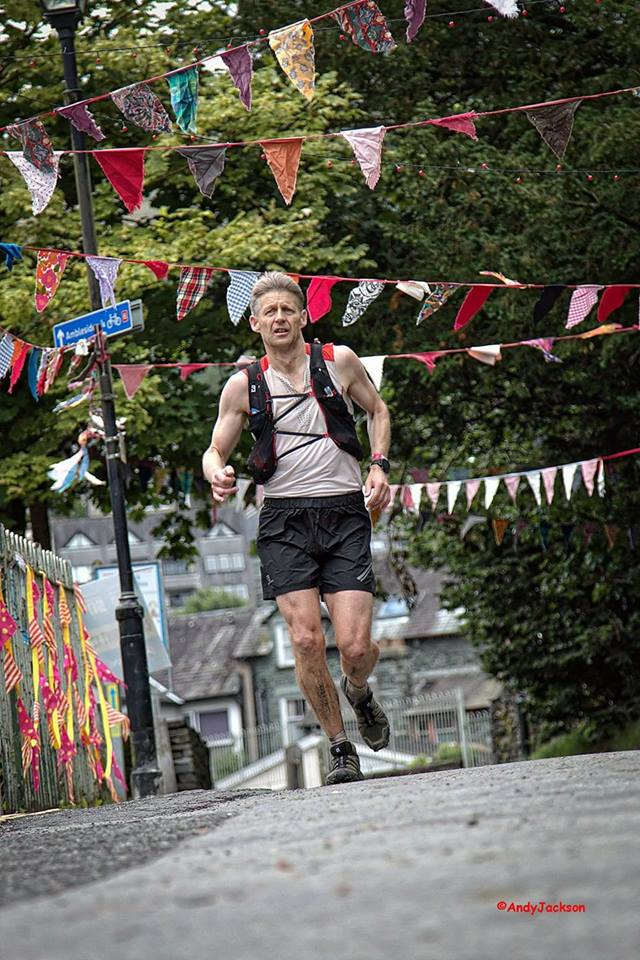 CV’s Ultra legend Simon Bourne is familiar with the route having attempted it previously. Not only did he complete it, he also came in 8th overall. Said Simon:

“I’m delighted to break 24 hours at the Lakeland on my 3rd attempt, having been training all year” 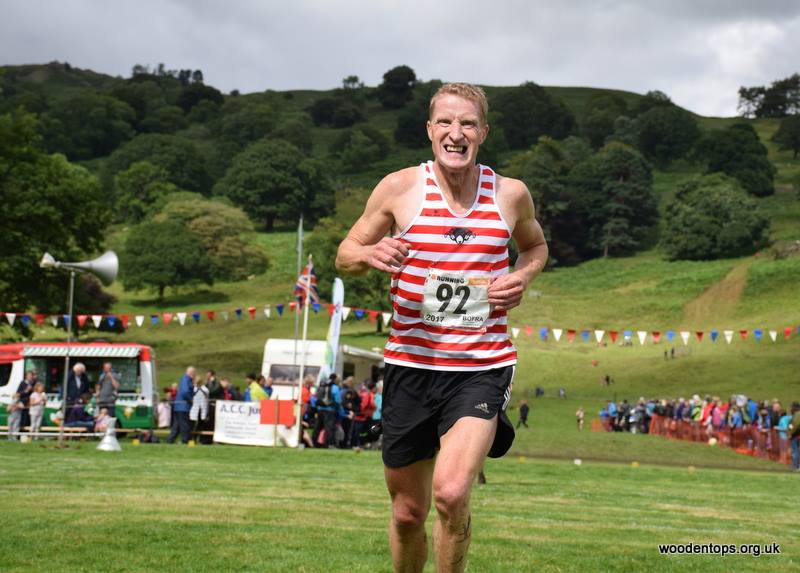 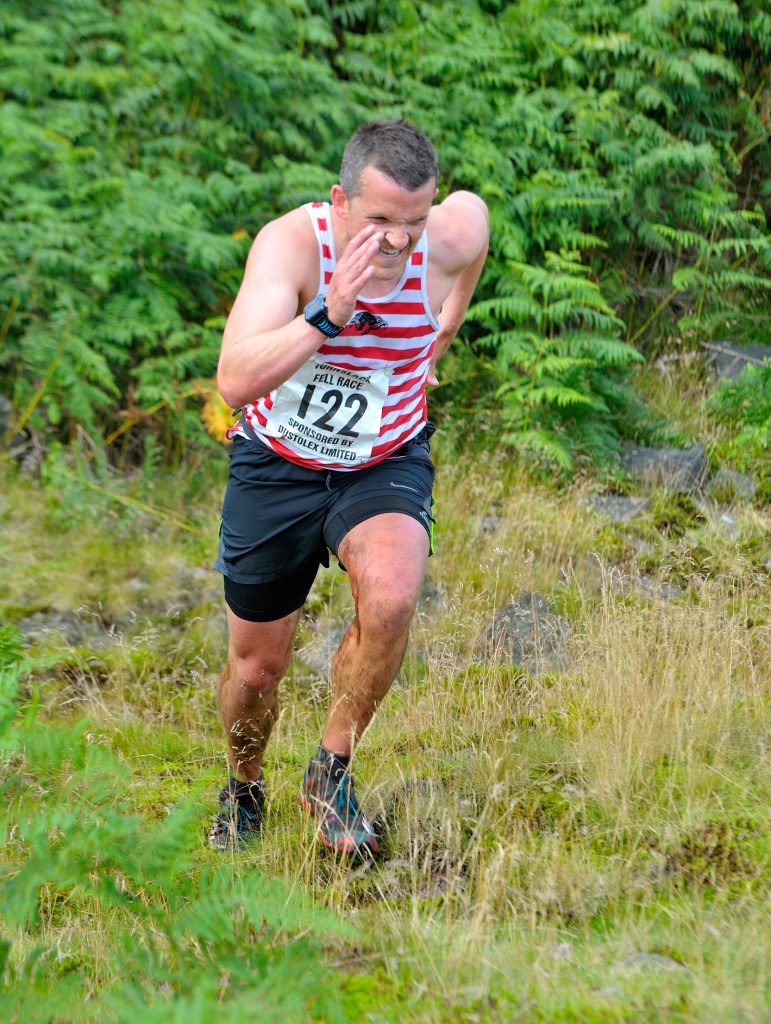