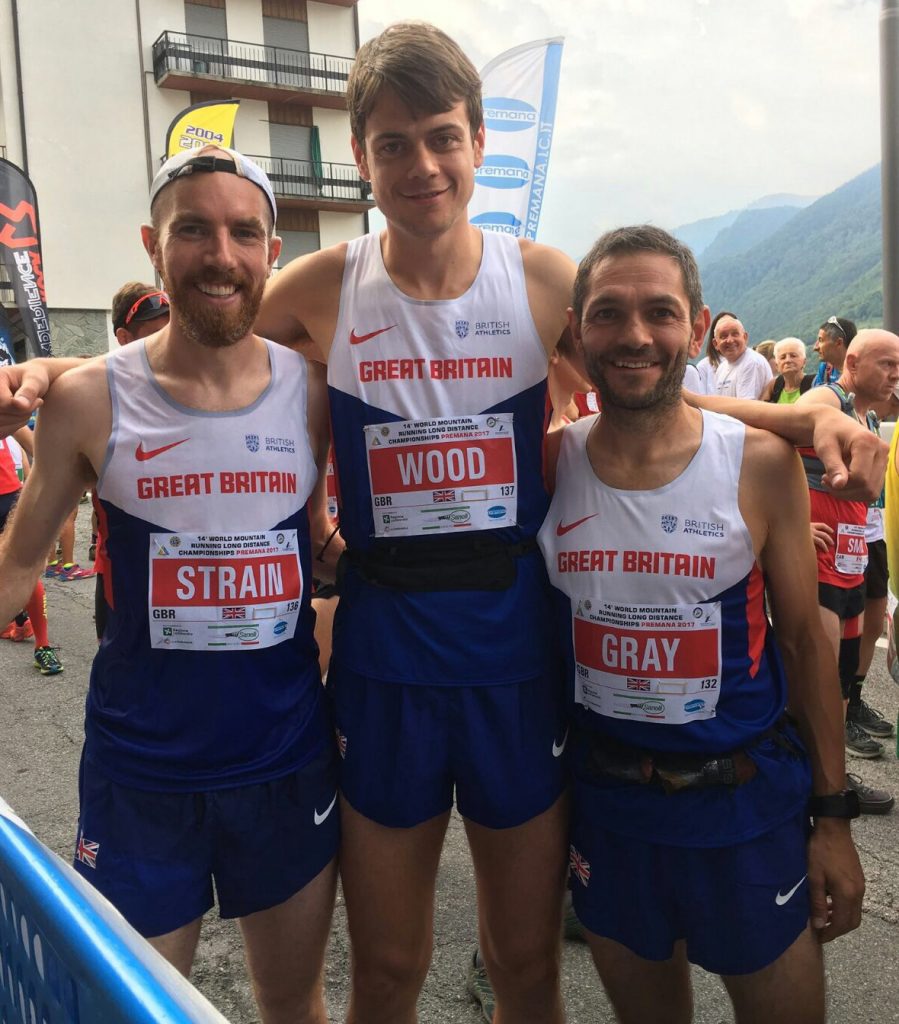 He was the second Great Britain runner to finish but the team was hampered by injuries.  Gray described the challenge as “amazing” and said that the course was really tough with 9500ft of ascent and descent.  A technical course was made even more tricky by thunderstorms and torrential rain.

Gray said: “With a huge amount of spectators on route, it made for a Tour de France style atmosphere from start to finish. “While I don’t think this was my best performance, I still had a good consistent run and was pleased in the end with my 32nd position.”
Gray said the British team had suffered some really bad luck.  One of the had fallen on the first descent and broke her wrist while one of the men had torn his calf muscle a third of the way into the race.  An unhappy day for the team was completed when Victoria Wilkinson narrowly missed out on a medal by dropping from third to fifth place on the last descent.  Gray added: “Overall it was a disappointing GB team performance but what an amazing experience.  “I felt really proud and privileged to represent my country at such a fantastic event.”  Gray was part of the Great Britain team which had taken the silver medals in Slovenia last year. “Earl” Gray clocked a fantastic 4:00.19 to 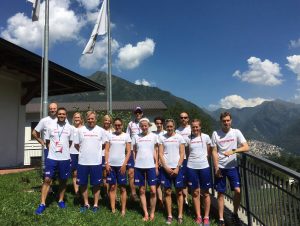 Karl Gray with the GB squad

Last Tuesday, rather than their usual pack run, the red and white strips were out in force at the Crow Hill Reverse race, a fundraiser for the Ovarian Cancer Charity. Twenty three CV runners joined the starting line of this 5 miles, 1001 ft of climbing, local race over Midgley Moor all the way to race’s summit, Crow Hill, and back again.

Always popular with CVFR and Todmorden Harriers alike, combined the 2 clubs represented over half of the 78 entries. This year too, the race was in the CVFR championships, generating a healthy dose of inter club competition.

“It was a joy to run Crow Hill Reverse race; a short but steep little number that was much more fun on the way back down to the finish and the pub” 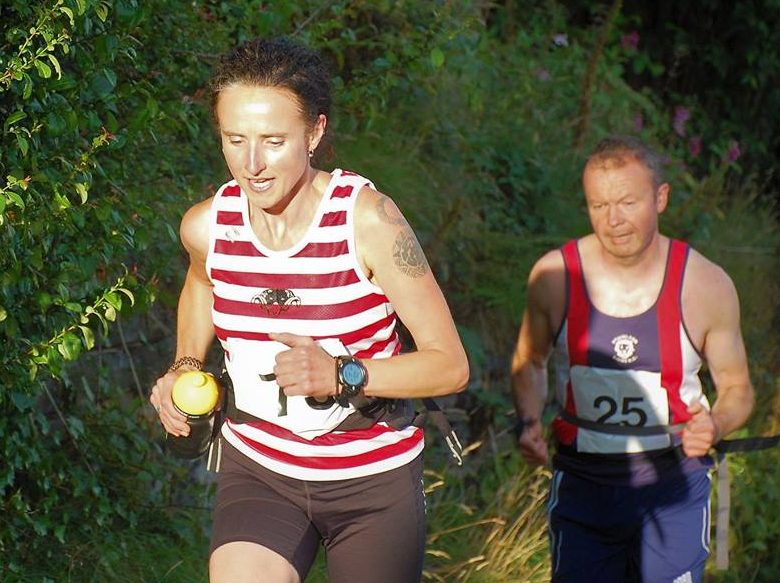 So taking account of the most recent Club Championship races (Crow Hill Reverse and Old Crown Round), James Cooke and Lindsey Oldfield are currently first and second respectively in the CV Club Championships. Although both have completed all 6 race counters, there are a number of other runners who can still complete a full 6 counters, and who could all be in with a chance, depending on who turns up to the last 4 races in the Championships. 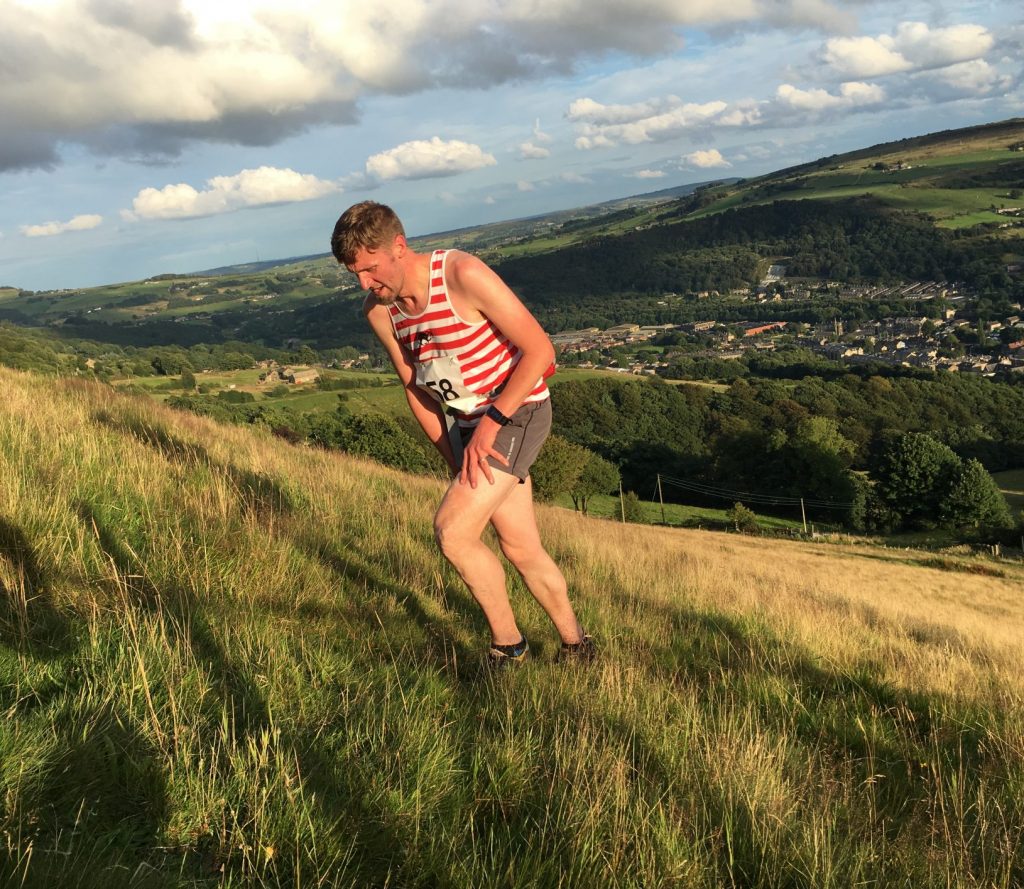 In the Vets Table Toby Sydes is holding top spot, with 2 more races needed to make it count, though a number of club mates threaten his position so all could yet change. Jackie Scarf currently stands as the likely contender for the Lady Vets prize.

The next race in the BOFRA (British Open Fell Running Association) at Farleton Knott just south of Kendal in the Lakes District is a challenging race of just 4.5miles but with 1500’ of ascent. It rises steadily around Farleton fell to the summit before a breathtaking descent down the scree at Holmepark Fell. Once the runners land at the bottom, they start the long climb back up to the summit before retracing their way back through the bracken to the fast downhill finish.

An inform Mark Taylor placed 6th overall and 1st V45 and has come first in his age category in all the BOFRA races that’s he managed to do so far this season. 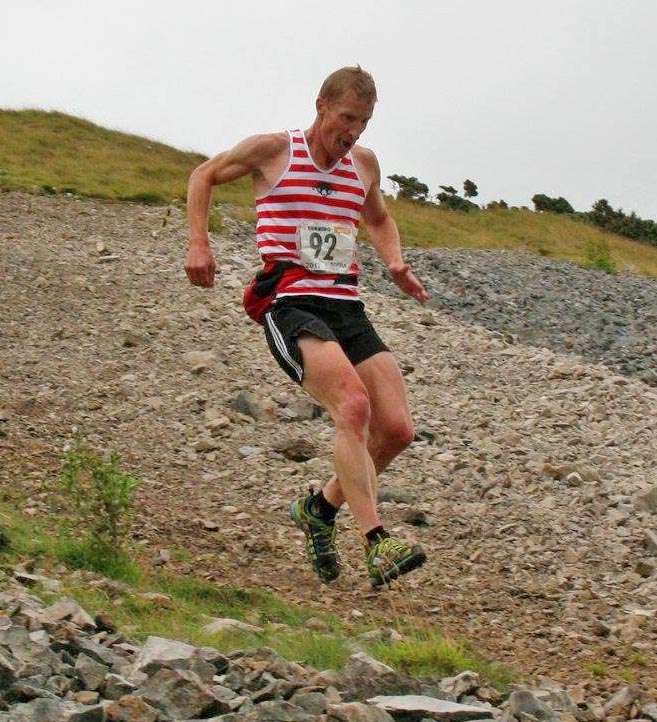 A great run by Dave Hammond saw him take a fine 21st place and 2nd V50. In the junior race William Hall showed how dominant he’s been in his age category by taking top spot. He’s now leading the under 12s and looks to be on course for yet another title this season to add to his U13s English Junior Champs. 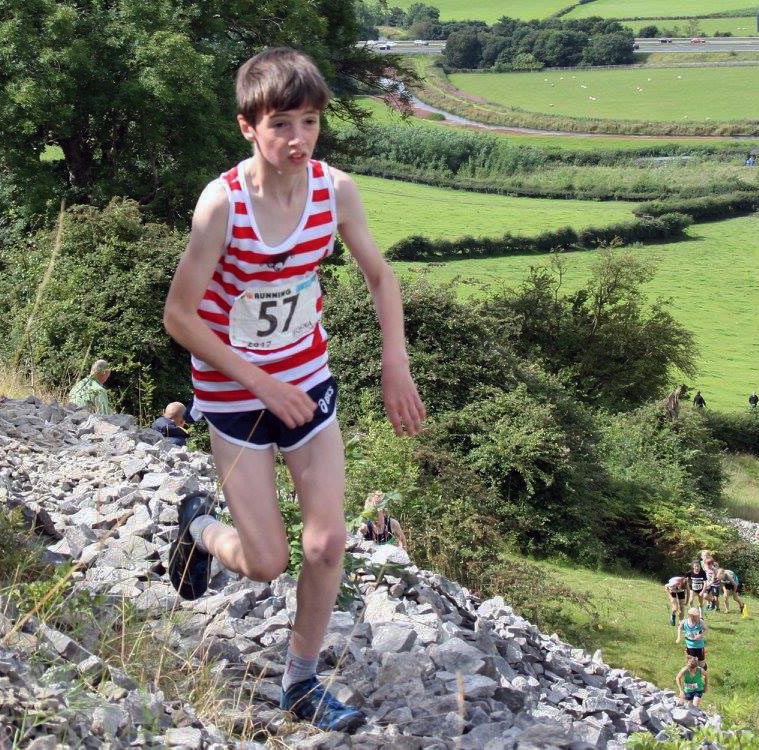