Calder Valley Fell Runners had another week of quality running, with some fantastic results in local short and long distance races. 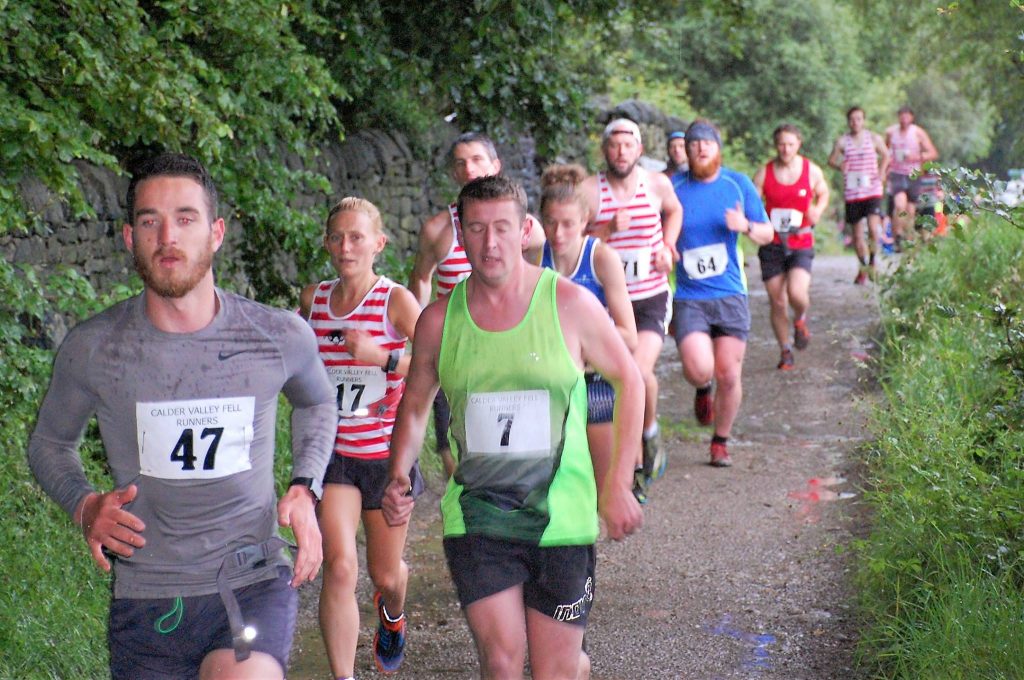 One of the valley’s classic mid-week fell races, Cragg Vale is a short and fast route, taking runners from the Hinchcliffe Arms up to Erringden moor through the bogs of Sunderland pastures and back down again in just four miles. For the first time this year it was run in reverse, meaning the final section is run through the tricky, thin woodland track that leads runners home.

An impressive 37 of the 83 runners were from Calder Valley. Among them was Paul Gilbert, who had an excellent race, taking several places in the last 100 metres of the race, to finish 17th. He said: “It was a great turnout for the club from the elite level down to newer members that recently started on the back to the fells courses in Spring. Andy Worster of Todmorden Harriers had a great start, leading Ben Mounsey and Alex Whittem up the initial steep climb on the tarmac.” Ben, one of the fastest runners in the sport, went on to win the race in just over 28 minutes, with a single second separating Alex and Andy in second and third respectively.

Calder Valley’s women also ran well, with Lindsey Oldfield having a strong run as second woman back in 36 minutes behind Bingley Harriers under 18 Emily Field.

Paul added: “There were lots of tussles for places throughout the race. Rob Allen, Mark O’Connor and Iain Illstone all had a great race with Rob leading them up the hill and Mark leading them down.”

A few days later, over in Heptsonstall, another large turnout of Calder Valley runners put in great runs at the Heptonstall Festival Fell race, a tough 6 mile that drops down to Hardcastle Craggs, climbs to High Brown Knoll and then turns and heads furiously back down and up to the village again. There were 89 runners in total, with some excellent runners travelling to this event – encouraged perhaps by the reward of beer and music at the festival afterwards! 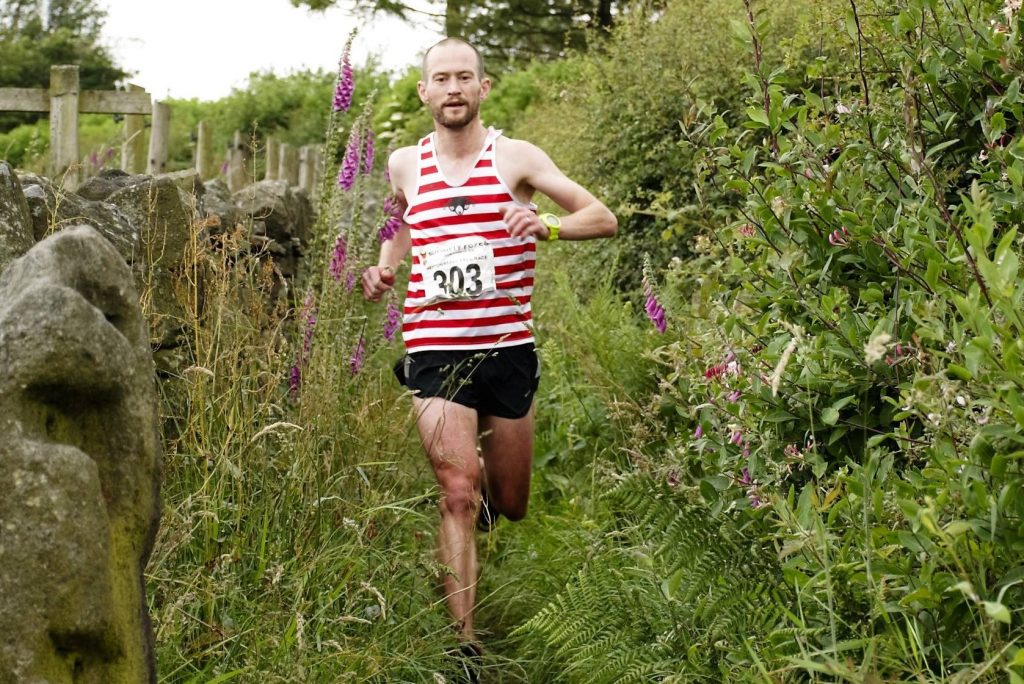 The overall winner was Christopher Holdsworth of Clayton-le-Moors and the first lady Pudsey & Bramley’s Rachel Pilling. First back for Calder Valley was ultra-distance supremo Ian Symington, who finished in 10th place in 55 minutes, despite the race being about 30 miles shorter than his usual. He was closely followed by a clutch of Calder Valley runners: Mark Wharton and Simon Bourne battled much of the way round, finishing in 14th and 15th respectively, just 7 seconds between them. Martin Howard was 19th and Paul Haigh 20th.

“It was perfect running conditions for the race” said Ian Symington, in typically modest fashion. “I started off like an idiot and effectively ruined my race by getting carried away and chasing my usual Tuesday night downhill rival Martin to the bottom of the first hill. Thirty seconds up the first climb it was clear I had overcooked it with the fast Toddies swiftly disappearing into the distance. Though I managed to get a personal best, I spent the rest of the race just trying to keep moving, aware that there were a few club members behind who would welcome the chance to give me a good kicking.”

At the other end of the scale, Calder Valley’s Jonathan Emberton took an excellent third place in the Vet category and fourth overall in the Pillar class of the Saunders Lakeland Mountain Marathon – a very prestigious solo event that took place over two days with more than 10 hours of tough running and orienteering over the fells of Enerdale.