The start of the week saw an amazing result for Calder Valley’s Phil Scarf and Alistair Morris in the 3 Peaks Yacht race, the original adventure race. This unique event combines sailing, running and a little cycling and is reputed to be one of the toughest long distance events in the world. Teams of four or five per yacht sail from Barmouth to Fort William, with two of the crew climbing Snowdon, Scafell Pike and Ben Nevis, the highest mountains of Wales, England and Scotland en route, clocking up the equivalent of three marathons in 3 or 4 days. Competitors start in Barmouth sailing to fort William stopping at Caernarfon and Whitehaven for runners to ascend the 3 Peaks.

It draws competitors from all sporting backgrounds & with sailing experience from off-shore cruising to round-the-world races. A very pleased Alistair said:

“This involves 60 miles of running and 30 cycling with 500 miles of sailing. Engines are not allowed so teams take to rowing when no wind or against the strong tides. Boats sail through difficult waters such as the Menai straits and around the mulls of Kintyre

Other boats had problems such as a man overboard in the rough waters of Bardsy Sound and others ran aground on sandbanks.

We ended up rowing on and off for most the 24 hour journey from Mull of Kintyre to Oban. We competed in 4 days 11 hours in the end.”
Meanwhile, while the CVFR gang were hitting the hills at the Tebay fell race the week before for the joint championship counter, Calder Valley’s Jason Williams was chasing a dream of winning the trail half marathon at Trail marathon Wales in the beautiful Coed y Brenin forest. And he certainly fulfilled that dream, as the overall winner with 01:32:33.

Said Jason:
“ Always a tough race with lots of changes in terrain and a fair amount of elevation change. After taking the lead at after the first mile I slowly opened up a gap and didn’t look back.” 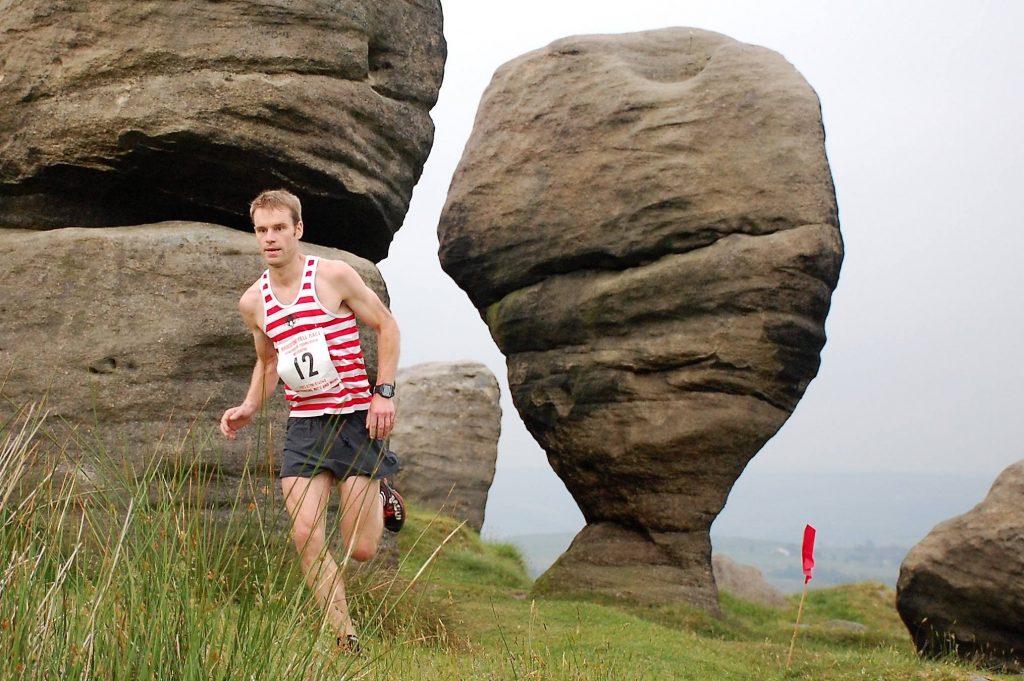 And CV continued to clock up more wins throughout the week with Alex Whittem the overall winner and Lindsey Oldfield, first lady at the Bridestones race last Tuesday. A short, steep route of 4.7 miles and 1230ft, Alex completed in 34:29 and Lindsay in 43:53. Alex was joined by team mates Mark O’Conner and Iain Powell to take the Men’s Team prize with all three coming in the top 4 places. Then the following evening, CV’s Carole Fryer took the LV50 prize in the Sabden race. Carole was jovial about her win of a bottle of win, particularly given that the second prize was a pint of milk! 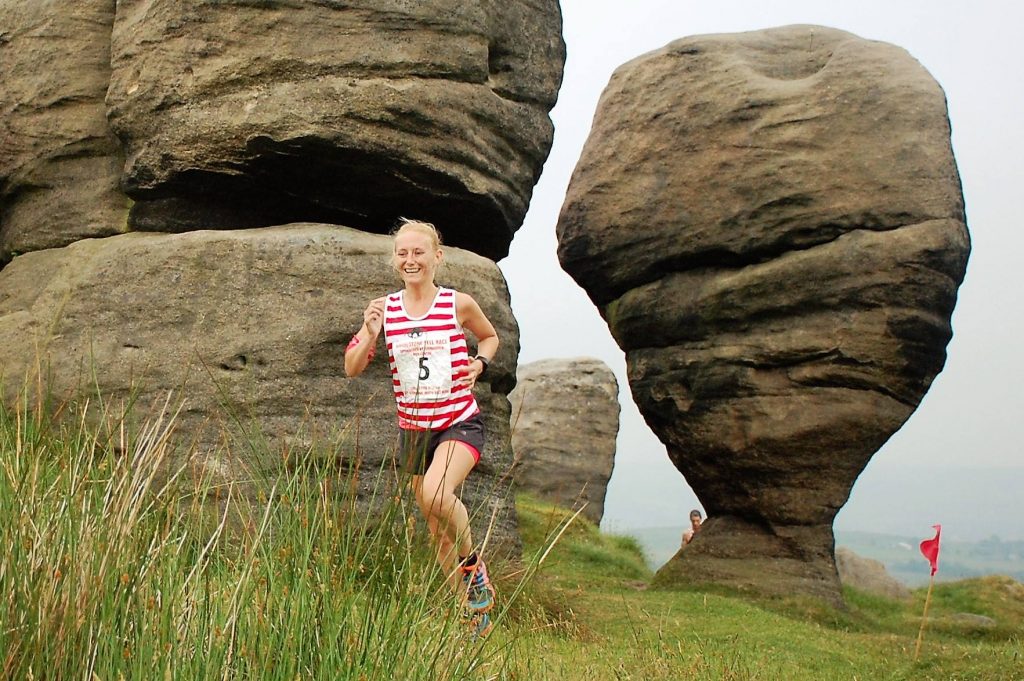 But the week’s prizes didn’t stop there. CV’s English U13 champion, William Hall, expanded his prize collection as U12 winner at the Kirkby Gala Fell Race.
Then to round up the week, 5 CV ladies clocked up 135 miles between them in the 6 Derbyshire Dales Challenge. Sheer determination, team effort, laughter and plenty of cake aided completion of the undulating 27 mile trail which they ran together in an impressive 5 hours. They finished in the top third, despite their late arrival at the start line due to a navigational mishap. Said Gill Dickson:

“The event started at Biggin but unbeknown to us, there are 2 Biggins within 16 miles of each other in the Peak District. We were in Biggin for the 8am start- just not the right Biggin! So by the time we eventually got to the start line, we were already a good 1 hour behind everyone else. But despite this, we still managed to finish in the top third.

These Challenge events allow you to do just that- challenge yourself but not in a race setting. None of us had done anything like a marathon before but we wanted to know if we were capable of that sort of distance for some fell marathon races later this year. And after Saturday, I think we are!

For me, this event summed up what fell running is all about- fabulous views, fresh air, lots of delicious cake and great friends to help and encourage you round. We couldn’t have done it without each other. And we’re certainly up for more long distance running- we didn’t want to stop at 27 miles!”