In a busy weekend of fell running, Calder Valley members were to the fore at various events across England & Wales.

Main event was Sunday’s Calderdale Way Relay. A highlight of the calendar and expertly staged as usual by Halifax Harriers, the race comprises pairs of runners completing the 6 legs of the picturesque trail. Defending champions Calder Valley A were in no mood to relinquish their crown and led from start to finish, despite a slightly below strength team. Ben Mounsey and Gav Mulholland yet again got proceedings off to a flyer and built a comfortable lead across Norland Moor, handing over to Darren Kay and Cannonball John Lloyd. These two put in a solid leg from Cragg Vale over to Todmorden, handing over to new pairing of Richard Pattinson and Royd Rocket Mark O’Connor. These two ran one of the legs of the day, a heroic run within a whisker of the course record, and one that left O’Connor visibly spent at the handover. Veteran maestro Karl Gray and new signing Math Roberts breezed round leg 4 over Midgley moor in the fastest time of the day and Joe Washington and James Logue continued the procession with an outstanding leg 5 between Wainstalls & Shelf. Joe Crossfield and Matt Pierson completed the job with a comfortable leg 6 between Shelf and West Vale to bring Calder home in 5hrs and 53 minutes, with minutes or so ahead of second place Barlick A fell runners. 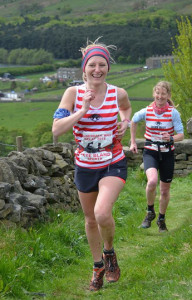 Calder Ladies were also in prime form, finishing second to a very strong Holmfirth Ladies A. Helen Buchan was the lioness once more as she ran two legs, legs 1 & 3, leading by example as club captain and set the tone for outstanding runs from Jackie Scarf, Karen Forster & Rachel Johnston who ran a brilliant leg 2, Molly Traviss who pulled Helen along on leg 3, Gayle Sugden and Jo Buckley who flew round leg 4 in a fine fastest leg time. Anne Johnson and Lindsey Oldfield were the fastest ladies round leg 5, a full 3 minutes quicker than their Holmfirth rivals, and the closing leg was smartly dusted off by Rachel Crossland and Bryony Baron, to give the ladies a finishing time of 7:57:23, just 6 minutes or so behind Holmfirth.

Calder men B can be happy with their 17th place overall, but it could have been so much better if Steve Smithies and Ian Wood not gone on safari on closing leg 6, getting themselves in a right old muddle navigation wise and losing a costly seven places in the process – a schoolboy error for runners of their calibre. This undid some excellent work by Adam Breaks & Andy Thorpe (leg 1), Lee Shimwell & Jon Smith (leg 2), Tristan Sheard & Toby Cotterill (leg 3), Rob Rawlinson & Ben Frechette (leg 5) and Giles Simon and Richard Sunderland(leg 6) and cost a low-teens finish overall. 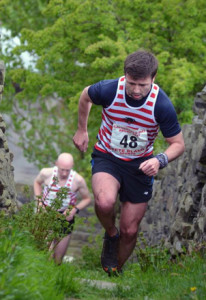 Calder Men C can also take heart from a solid 45th place overall, with last minute replacement Nathan Kennaugh carding an excellent first leg with new member Craig Hall. Blair Garrett and Darren Sugden gained a superb 12 places and handed over to Richard Kellet and Brian Shelmerdine who ran a steady leg 3. The baton was picked up by old hands Dave Beels and Andy Clarke who kept the hammer down over Midgley Moor, hovering up eleven places in the process, and the flying fireman Jake Ackroyd and Jim Mosley picked up four places on leg five. It was left to Dave Webb and Phil Beecroft to consolidate matters with an excellent run with a total time of 8:00:58. 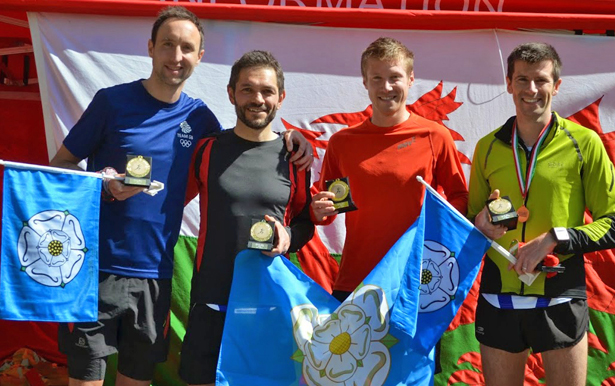 On Saturday, several Calder elite runners were picked for Yorkshire it he inter counties race held at Betwys-y-Coed in north Wales. Fantastic weather and a challenging course around trails in nearby forestry with a 12km route with 488m of climbing, it was fast and furious. The race was won by Scotland’s in form Andrew Douglas, who led from start to finish. Tom Adams was first Yorkshireman in 3rd place and just 30 secs behind was Calder Valley’s main man Ben Mounsey in 7th place. Despite struggling with a hamstring strain over the last 2 weeks Ben destroyed himself for the Yorkshire team and was so close to a to a top 3 finish. Despite missing out on an individual medal it’s a result which gave Ben a great chance of gaining England selection as two of the guys in front were Scottish. 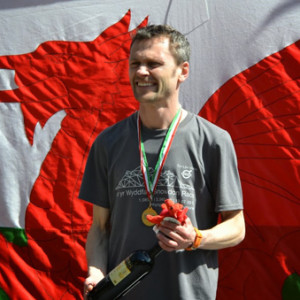 Calder’s Gav Mulholland finished in 11th place after yet another fantastic run. He was 1st V40 overall and 1st back for the Northern Ireland team. Karl Gray was 3rd V40 and finished 16th for Yorkshire. Calder country member Jason Williams also finished 35th for Leicestershire.

Also in the juniors with his Yorkshire team mate Jack Denton had a great run to finish 4th for in the U18 race to take gold.

In the Lake District, the ultra distance runners were tackling the famous Old Counties Tops pairs race, a 36 mile beast that takes in the main peaks that formed the boundaries of the Old County boundaries prior to 1974, such as Westmorland and Lancaster North of the Sands. Despite not being at their best, Calder’s Kevin Hoult and Martin Huddleston were 2nd in their category (V80 – its a combined age!) and as a result won the coveted OCT Mugs that go to the top 2 in each category. Elsewhere, Ian Symington and Ed Bailey, and Bill Johnson and John Minta also carded creditable runs in what was some typically inclement Lakeland weather.