‘One Week, One Trophy’ 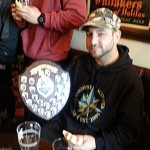 With a handicap adjusted start time any runner can win this event and if the handicaps are accurate the finish times should be very similar. Twenty five runners set off on a breezy day for the annual Winter Handicap from Stubbs Field, Mytholmroyd on Sunday 27th Jan. Most of the snow had melted so it was a boggy run round, with no records being broken. Apparently it was so windy at Stoodley Pike one runner was blown off her feet.

New club member, Nicky Bolton was the first runner back, nearly a minute clear of James Kershaw in second. Sarah Noot was the fastest woman in 55.04. However she had been omitted from the overall results as her handicap time was only an estimate. She was however eligible for the fastest woman award.

Jackie Scarf quickly pointed out the mistake when called up for the prize! Shaun Godsman was the fastest man by over four minutes in 39.53.

Apologies to Toby Cotterill who was set off four mins early and so was first back – but when his time was adjusted actually came in 11th – sorry Toby. Nicky Bolton in a top sportman’s gesture shared his prize with Toby. Well done to Rebecca Yorke for reaching the Pike first and commiserations to Graham Davey who was in the lead off Erringden Moor but took the wrong exit and descended via the trees on Daisy Bank.

Every one was back within 9 mins of each other due to Bill’s excellent handicap system, including 12 of the 25 runners back within a minute of each other. Thanks to Tim Brooks for all his hard working in organising this for the club

Thanks to Mick, here a few piccies taken from Stoodley Pike. 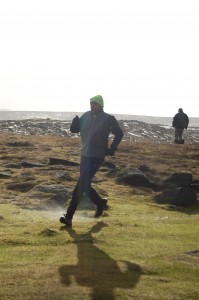 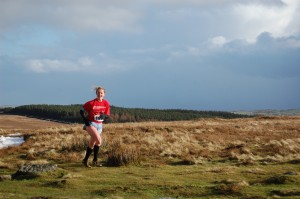 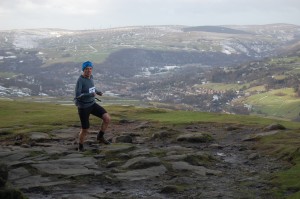 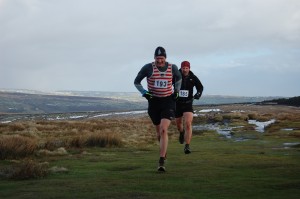 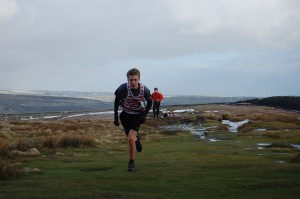 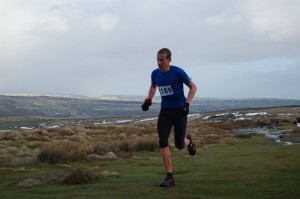