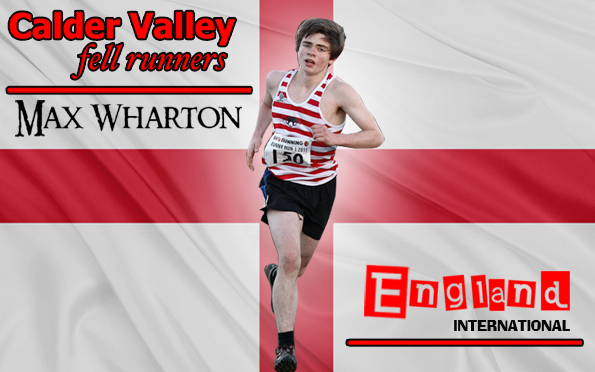 In the Junior Home Internationals at Llanberis, North Wales on Saturday Calder Valley’s Max Wharton won an under 16s Gold Medal. Max, in his first appearance in an England vest, was the first counter for the team closely followed his good friend Brad Travis in 3rd and with team mate James Hall placing 4th the lads easily won the gold. The race was won by Killian Mooney of Ireland who was only seconds in front of Wharton by the finish line. Congratulations and well done to all the lads.