The Hebden Bridge Fell Race was the latest race in the Calder Valley Fell Runners’ club championship.  Ably organised by Nick Barber and the Todmorden Harriers, this race is a local favourite amongst Calder Valley runners with 21 members competing.  A Thursday summer evening 6 mile blast up to Stoodley Pike and back, taking in rocky woodland paths, steep heather covered banks and boggy moorland. 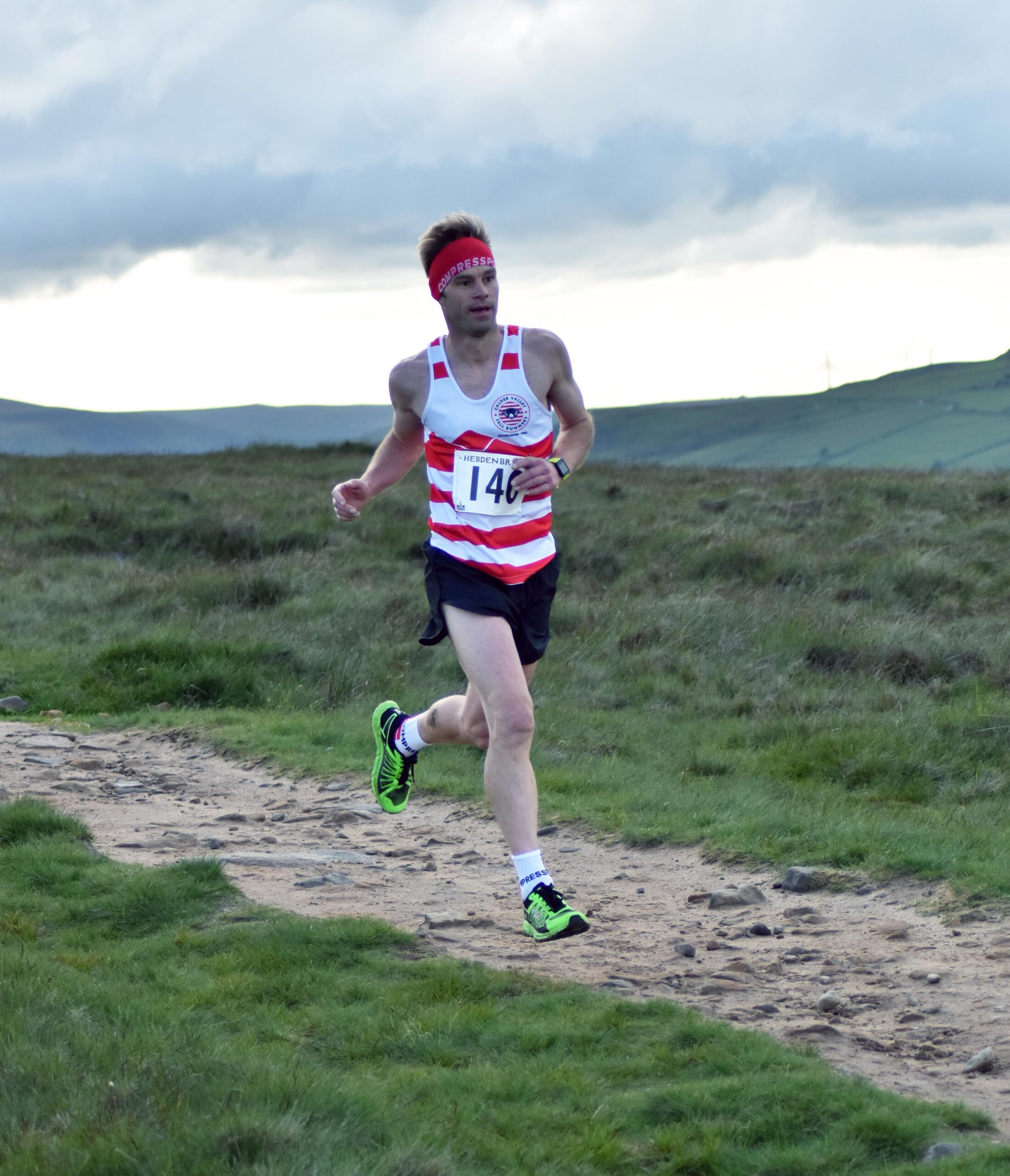 Airborne Alex on his way to a fine 2nd place

Alex Whittem was first back for CVRF in 2nd place overall in a time of 47 minutes and 26 seconds, behind an emphatic win by Samuel Lungo of Pudsey and Bramley  in 46:07.  Lungo also won the Blackstone Edge race a week earlier. Calder’s Stephen Hall was well placed to take third place on the return but he missed the sharp right hand turn in Crow Nest Wood and ended up at the wrong end of Fairfield.  He needed a sprint along Palace House Road to get to the finish in 13th place a second ahead of Chris Norman.  So Ethan Hassel of Wharfedale was third. 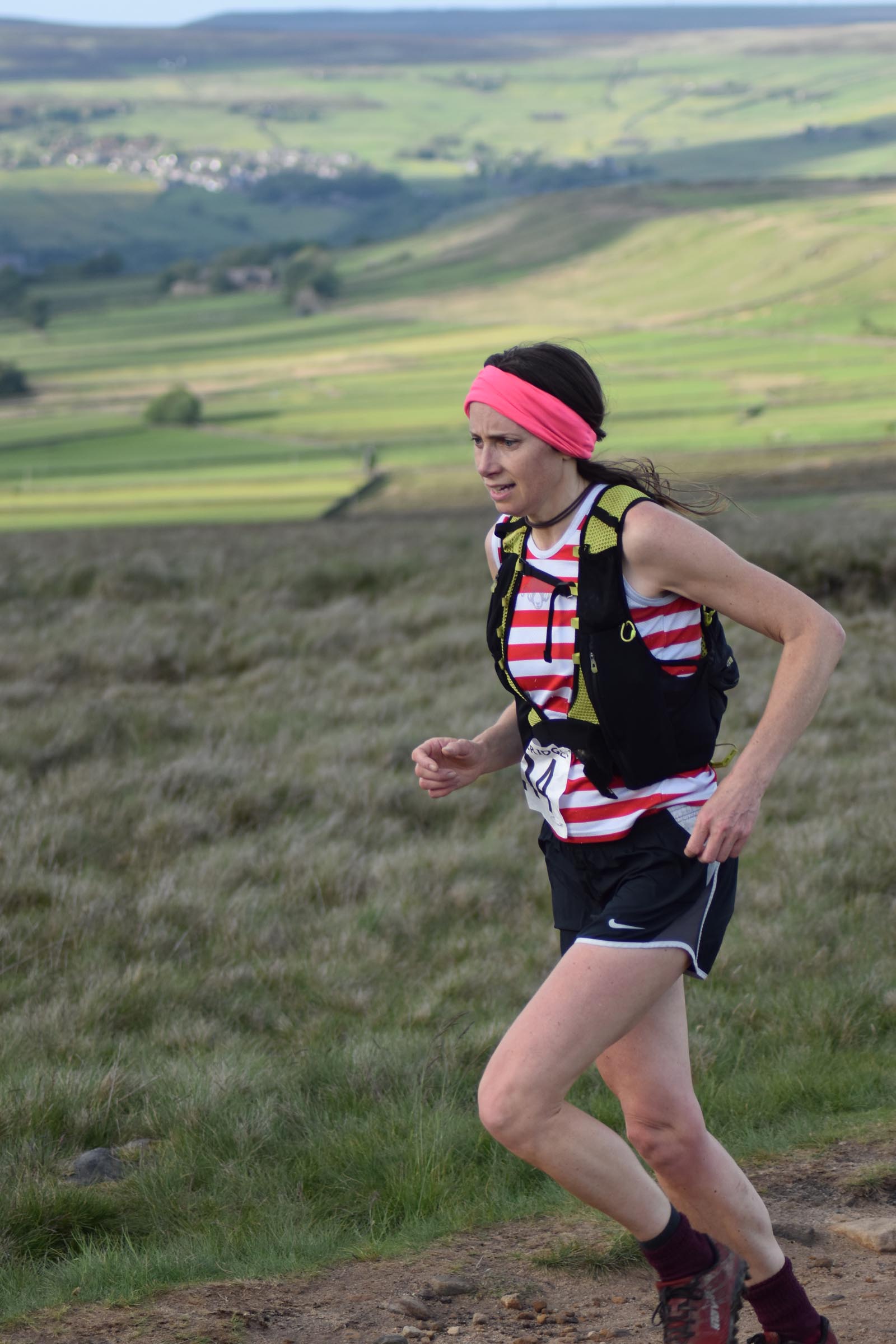 In the women’s race CVFR’s Natasha Butterfield was 1st FV40 and 3rd overall just 17 seconds behind Janine MacGregor of Todmorden.  Rachel Pilling made it a double for Pudsey and Bramley winning the women’s race in 56:35.  Stella Chrisanthou was second CVRF woman back and Tamsin Cooke third.

The next CVFR Championship race is the Austwick Amble on the 2nd June.

The Welsh 1000m Race is one of the most historic and challenging fell races in North Wales and in the UK.  The route takes in all 5 of the 1000m Peaks in Snowdonia including Yr Wyddfa, Garnedd Ugain, Glydr Fawr, Carnedd Dafydd and Carnedd Llewelyn.Starting at sea level near at Abergwyngregyn, near the shore of Conwy Bay. Runners climb to the summits of Carnedd Llewelyn and Carnedd Dafydd before a fantastic descent to Ogwen Valley. The climb to Glyder Fawr is rewarded by flying down to Pen-y-Pass Youth Hostel, then up again to the summit of Garnedd Ugain to finish on Yr Wyddfa at 1,085m.  The three challenging climbs cover approximately 32km with a total ascent of 2,800m.Calder Valley’s Welsh representative Gavin Roberts broke the previous course record by over 7 minutes completing the long course in 3 hours 57mintes and 4 seconds.  However he was pushed into second place by a superb run by Eyri Harriers’ Gareth Hughes who won in 3 hours 51 minutes and 17 seconds. 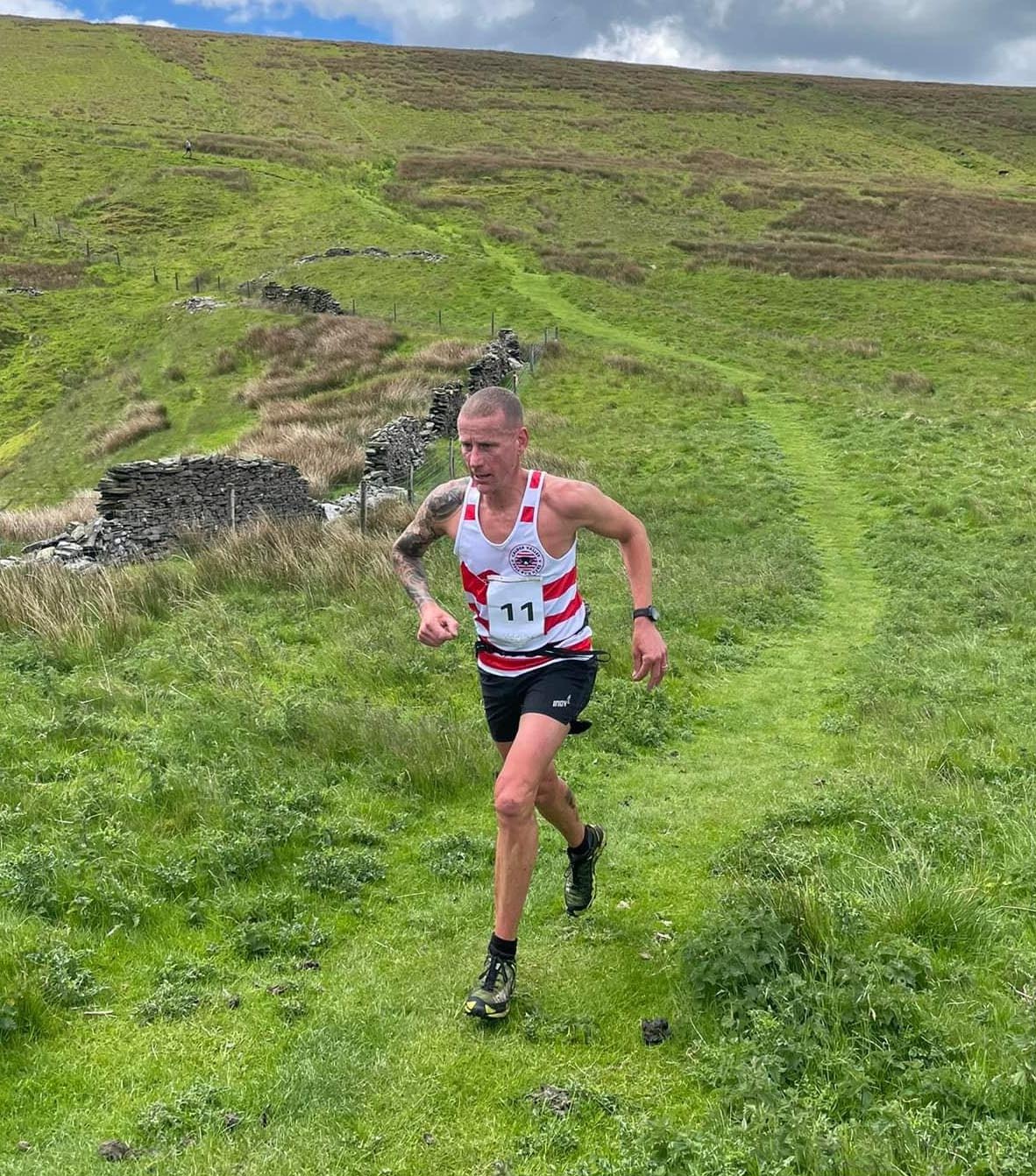 Last Saturday saw the second running of the Shepherd’s Crook fell race organised by local fell running evergreen Ken Taylor. Described as a proper fell race with 99% of the route on moorland.   It is also held in conjunction with a sheep dog trial. Starting at the Bacup Road the race fast moorland running for about a mile over Thievely Pike followed by a descent to come back up a steep climb then couple miles runnable moorland track before descending down to valley bottom at Cliviger before climbing back up the old Thievley Pike routes. The first three runners, including CVRF’s men’s captain, Shaun Godsman, stayed together for most for of the route.  However 17 year old Samuel Smyth of Bury AC pushed to the end getting the better of the older runners.  Godsman was second in 1:03:36, 24 seconds behind Smyth.

A classic one mile, short but steep Lake District race saw Calder’s Steve Smithies get 22nd and 2nd V50 in 18 minutes and 47 seconds last Sunday.  Won in 14:16 by Findlay Grant of Dark Peak the route has a classic sheer descent down a scree filled gully. 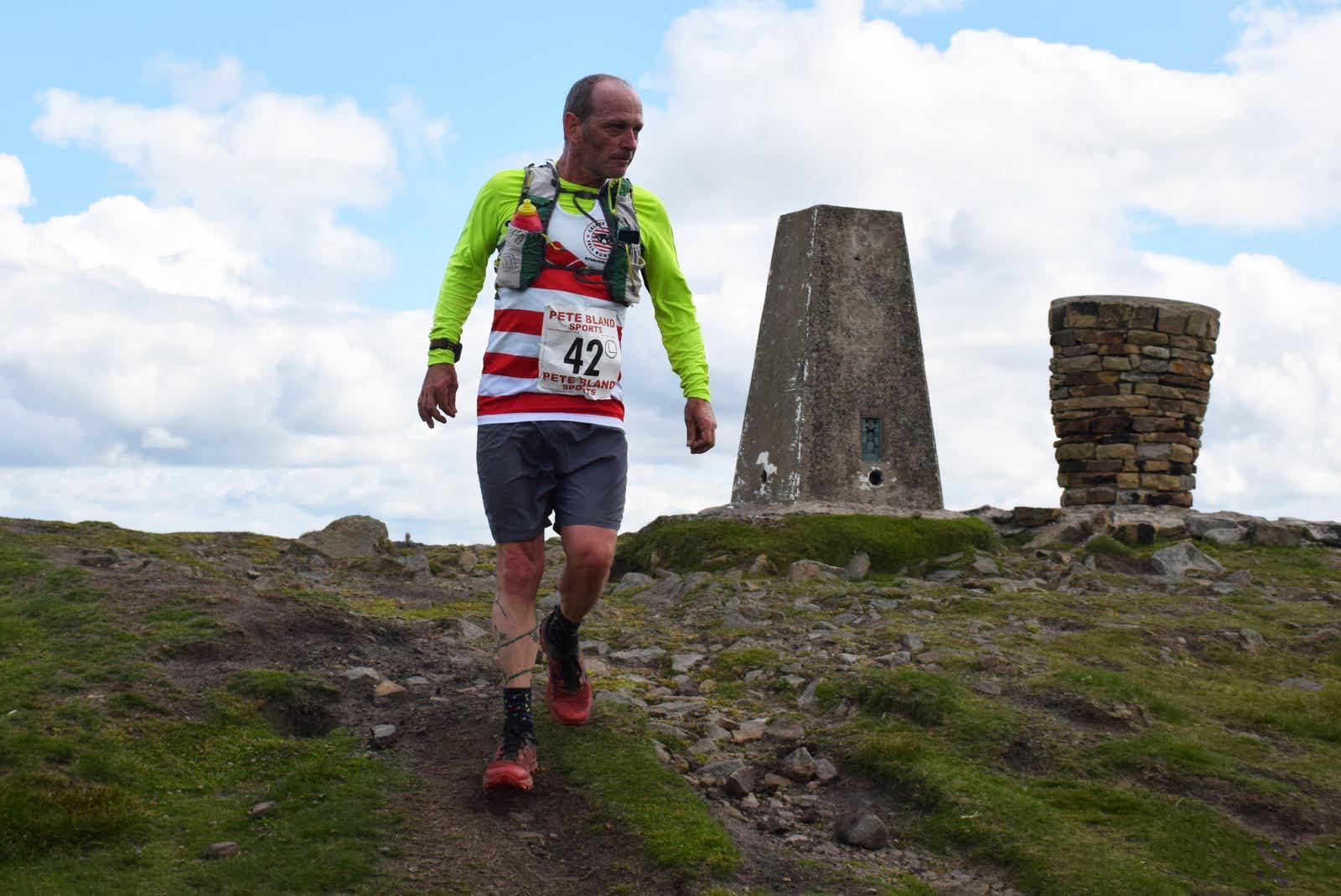 Steve starting one of the descents

This race from the village of the same name in North Yorkshire starts through Lathe Wood, on a very steep grassy track heading up to the Pennine Way.  Continuing on towards Pinhaw trig point and on to Lothersdale, before returning on the Lothersdale fell race route revisiting the trig point and back to the village.  Three CVFR took part last Saturday, 34th was  Anthony Costello 1:24:28, 39th Stephen Morran in 1.25.47 and 47th was Peter Haywood in 1.30.46.  The route is 15km long route with 535m elevation.