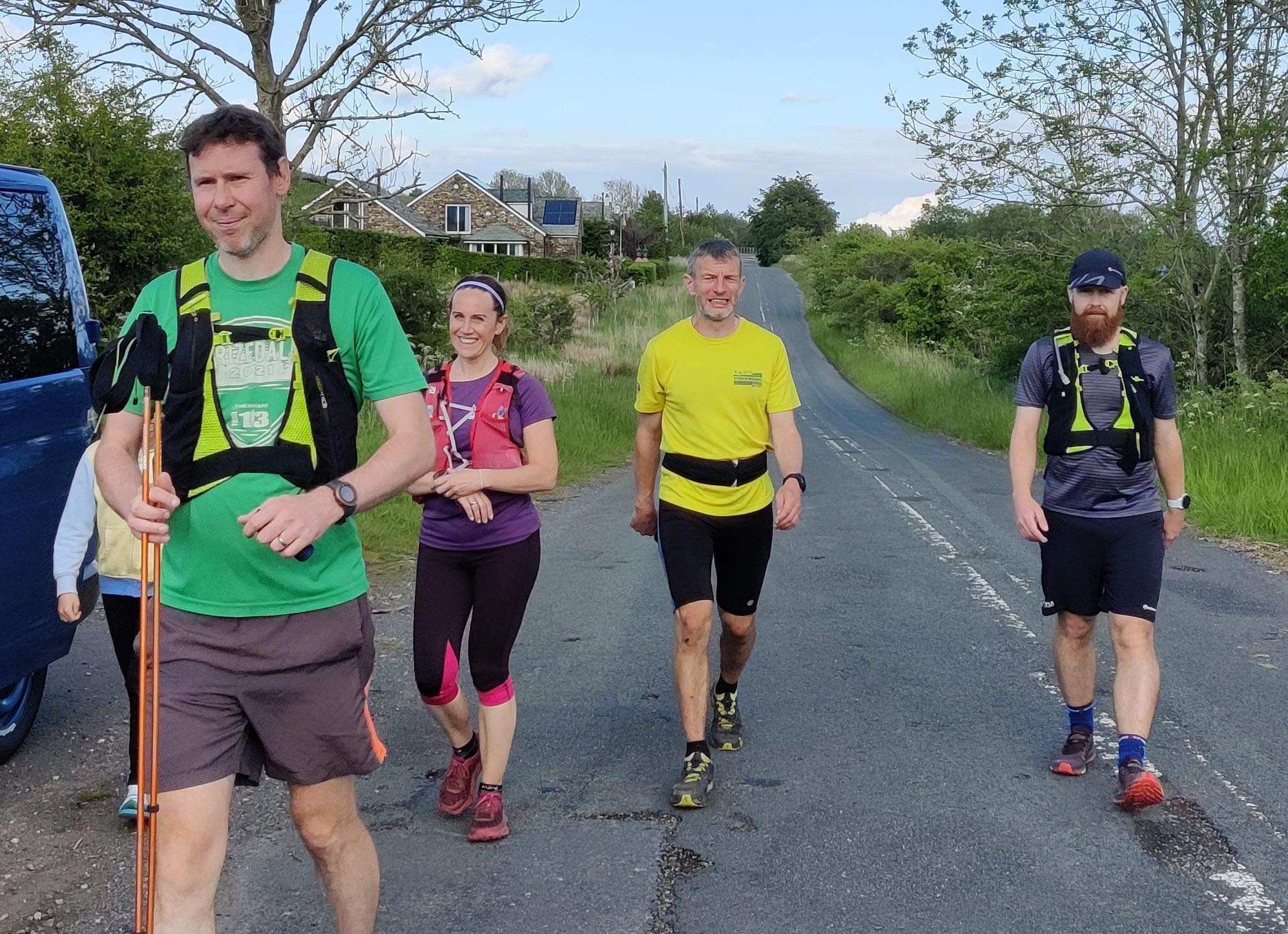 Dougie and support setting off from Troutbeck

Dougie Zinis, ultra-runner extraordinaire, took on Wainwrights Round as a break from cutting hair in Brighouse, to see if he could do it and, most importantly, to raise funds for a charity close to his heart – Northcare Charity. As a stroke survivor himself, Dougie took up running to improve his health and has spent his days since then, running further and better. Now in his 40’s, he is a brilliant example of someone who has turned their life chances around through improved diet, exercise and, most importantly, running.

Having come an honourable joint 2nd place in this year’s winter Spine event, Dougie has pushed himself further with the third fastest attempt at the Wainwright’s Round. The Round has been completed 14 times to date and Dougie is right up there with running royalty.

The Round takes in 214 Wainwright peaks in the Lake District, covers 318 miles and includes 118,000 feet of climbing and the same again in descent – equal to scaling and then descending Mt Everest 4 times in just over 6 days. This is a truly gruelling project. Dougie set off from Keswick on Sunday 29th May along with a well organised support team – some running with him on the fells to provide much needed encouragement and a key contingent providing ‘road’ support meeting up with the running group at key points for food, hot drinks, a change of clothes and an occasional nap. This has quickly become known as Dougie’s ‘Feet’ in club circles and along with running and road support, Carolyn and Lee Shimwell provided physio and medical support to help keep Dougie in good enough shape to finish the event 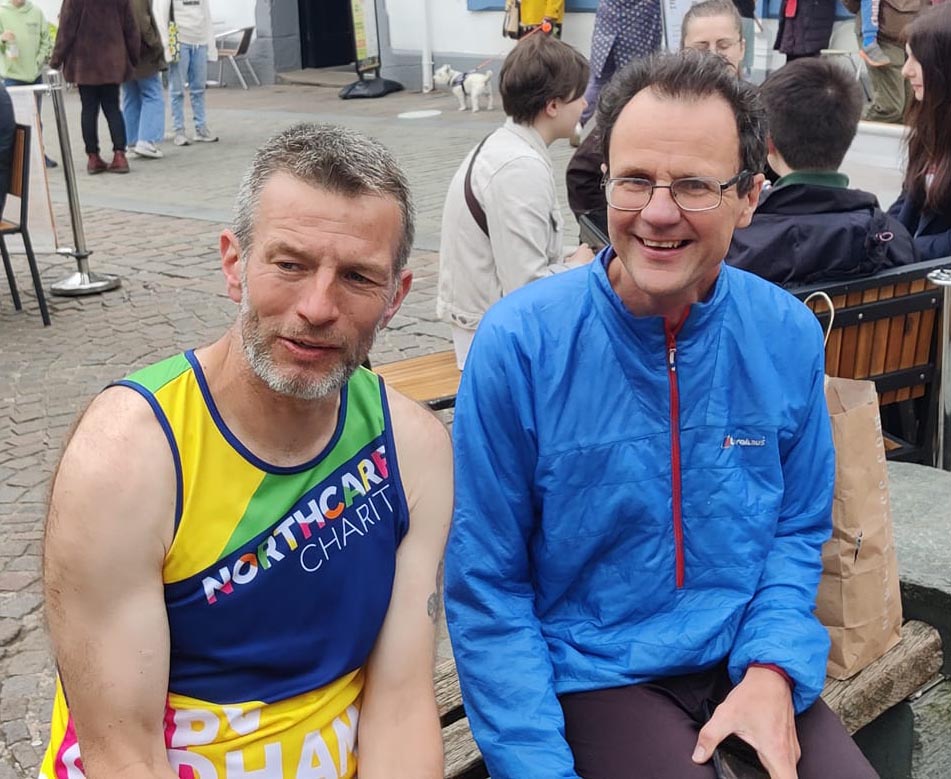 Six days, three and half hours later Dougie jogged back into Keswick having completed the epic round with only the legendary Sabrina Verjee and John Kelly ahead of him on the leader board. As well as camaraderie, adventure and a real sense of achievement, Dougie has raised £3,234 to date to support Northcare Charity.