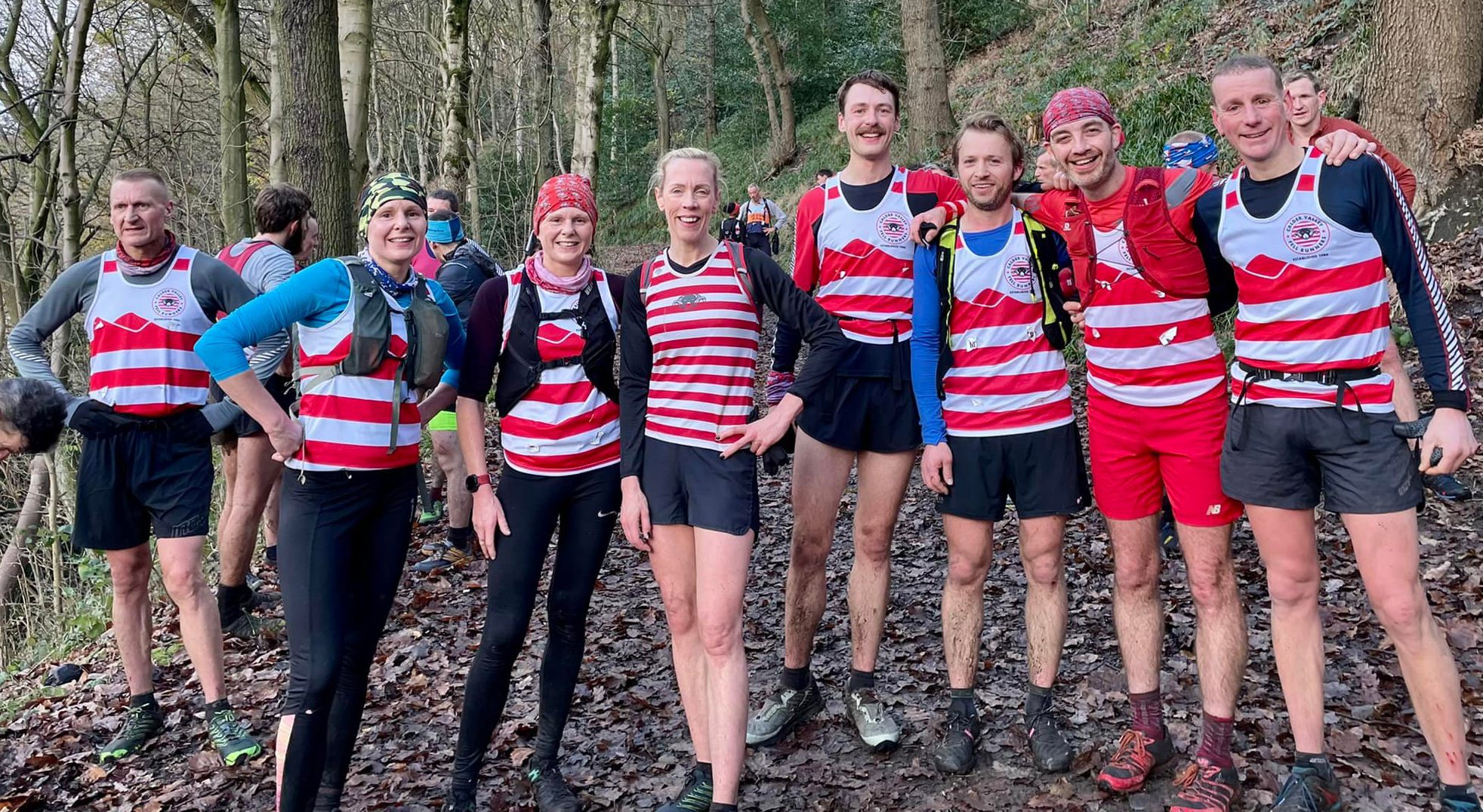 The Vocation Mytholmroyd Fell Race was held last Sunday, organised by CVFR’s Phill Beecroft and assisted by many marshals on the day.  A popular race, all 200 places were booked before race day.  Also, as Vocation Brewery sponsor the race, all runners were offered a free pint at the finish line along with tea and cake.  Calder Valley men’s captain, Shaun Godsman particularly appreciated the carrot cake made by Phill’s mum.

The race starts at the bottom of Redacre Woods.  A steep climb up to Hill House Farm and on onto Crow Hill via Churn Milk Joan is followed by a steep descent into Luddenden Dean.   Road runners have an advantage over the next mile or so as the race follows the level track along the valley to the Lower Gate House.  However climbing legs are needed as the route ascends back upto the moor via ‘The Steps’.  At an average incline of 25% and over 400 foot of climbing, the fastest runners can do this section in under 4 and a half minutes.  The race then crosses Dimmin Dale, skirts the edge of the moor to Hebden Bridge Golf Club before descending back down to the finish at Mythomroyd.  All in about 6.2 miles and 1600 foot of climb. 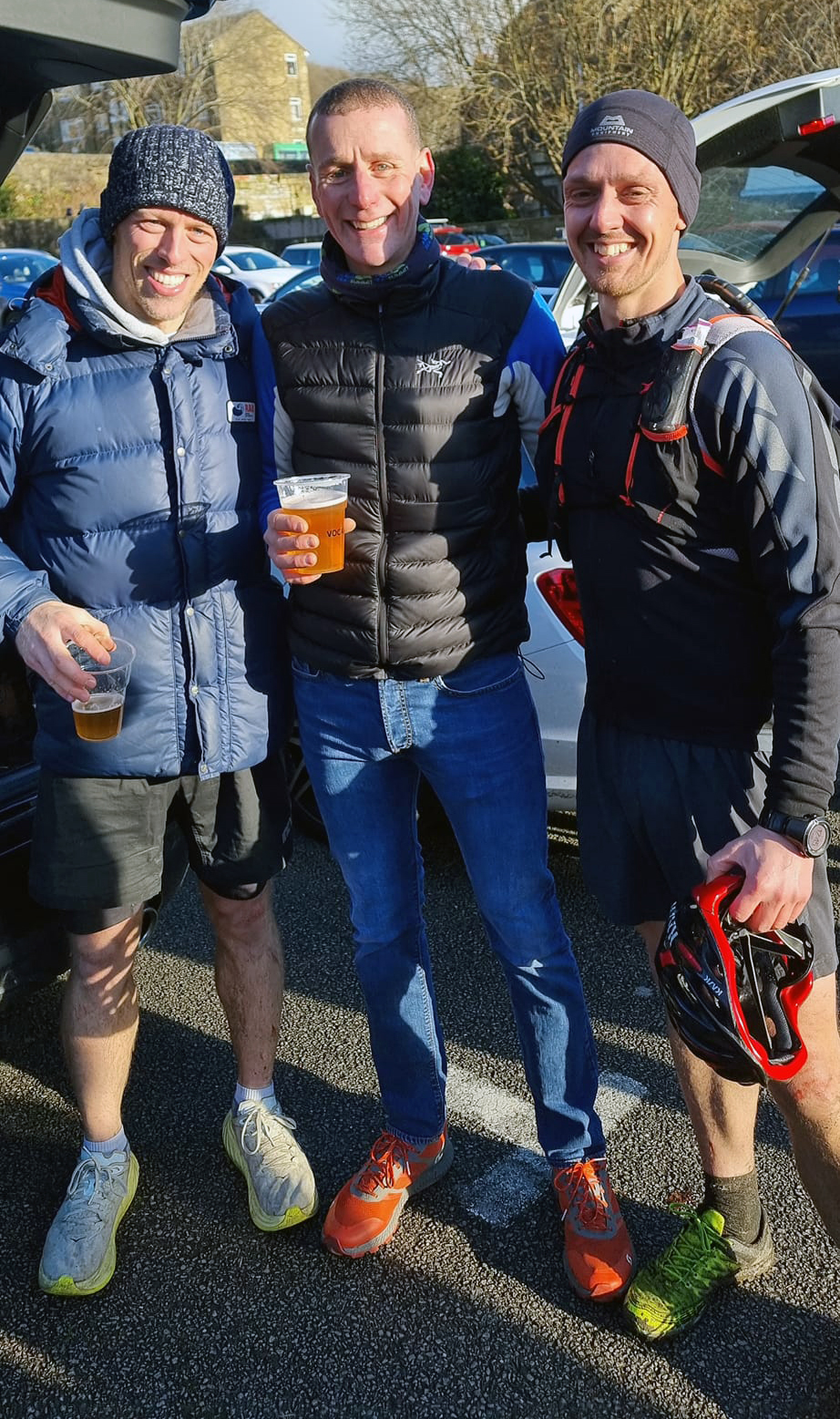 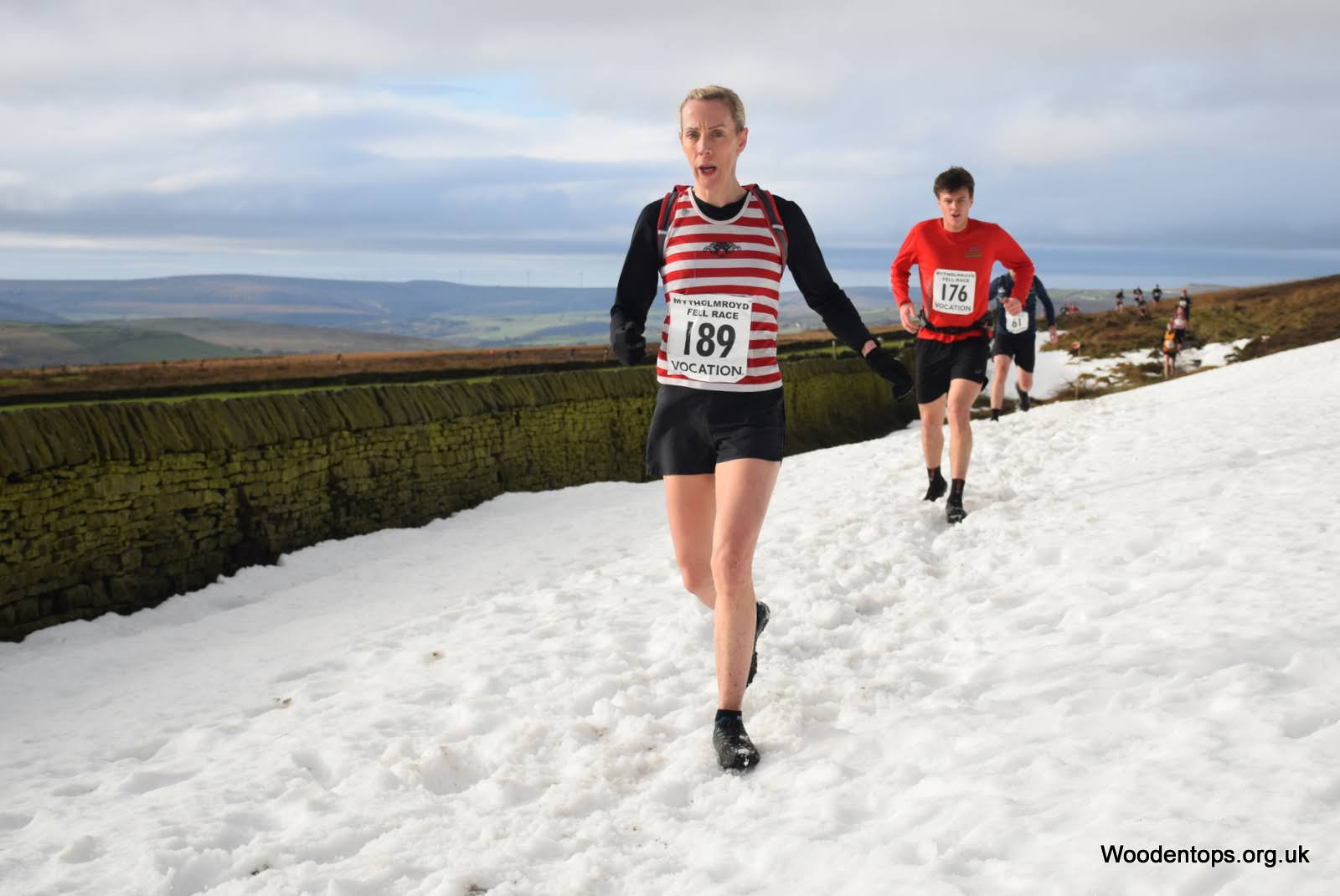 Gayle giving her all after a long lay off

Helen Smith of Ribble Valley won the women’s race in 51:33. However Calder’s women also won the team prize with Natasha Butterfield 4th, Gayle Sugden 5th and Susannah Richardson 6th.  Gayle has also had a long break from fell racing but has obviously lost none of her ability.