Last weekend should have been a bumper one for our runners but Storm Arwen swept in to spoil the party and force cancellations. However, we do have some triumphs to report.

But first, back to 14 November when James Logue came 2nd – a brilliant run – in the Anglesey Trail Half Marathon at Newborough Forest. Many congratulations to James, and thanks to Gail Tombs for reporting his success, as James is apparently too modest to do so!

On the evening of 27 November (yes, in the dark!) Layla Wray won (yes, won!) the 13.5 mile Peak District Tough Trails Starlit Race, an unflagged course on the fells above Settle, with 2346 feet of climbing. Layla says, ‘In the second half of the race, Storm Arwen made an appearance – snow and wind blasting me sideways, and a spooked cow bolting’. Layla’s time of 2hours 19 minutes beat all-comers, including the men, a sterling performance! 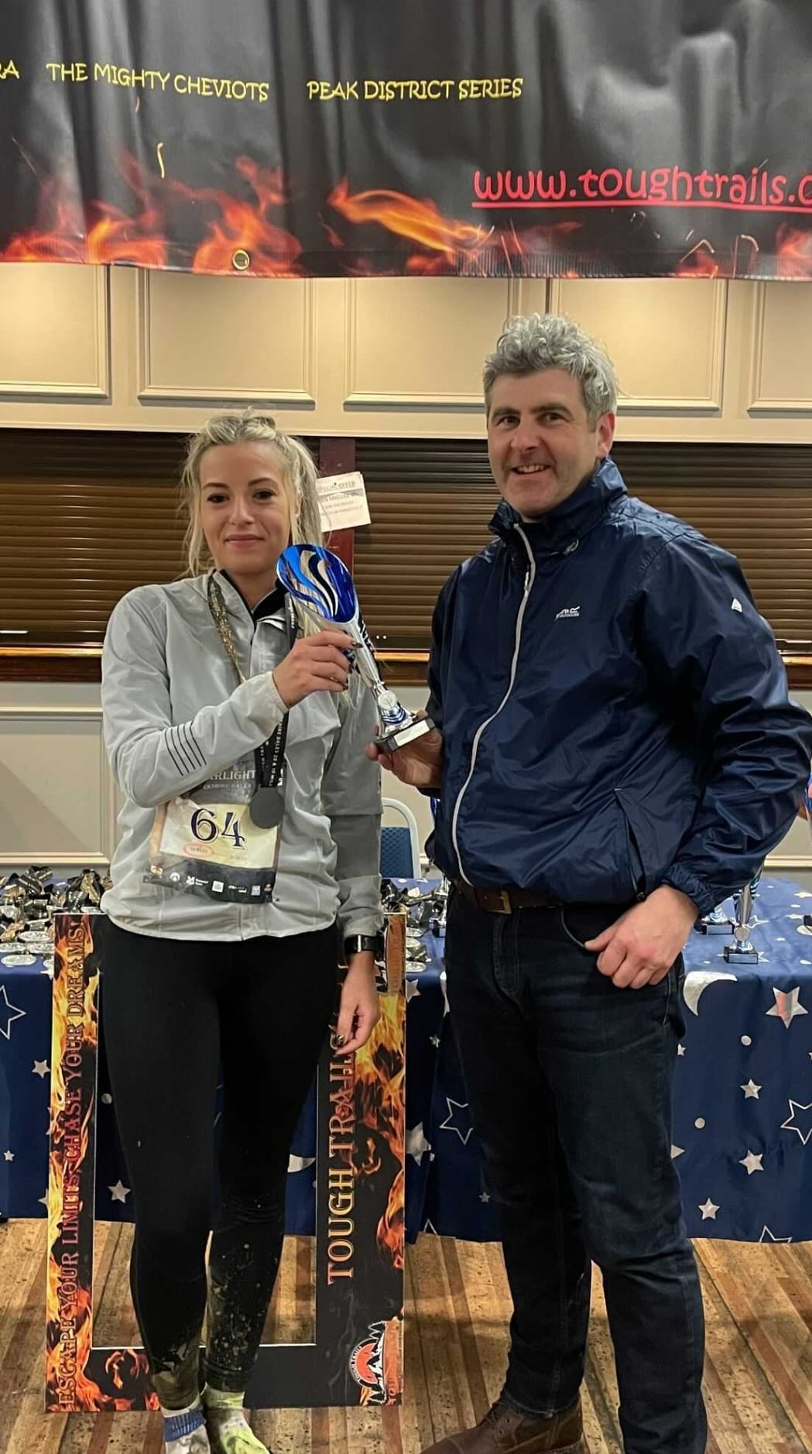 On 27 November, Jason Wilf Williams ran in the Betws-y-coed Trail Challenge – a tough 10k, particularly in the severe weather conditions. Jason says the race starts with a half mile of rough track at 13.3% gradient and, with the cold air, that really tested the lungs and legs. Jason took 2nd place overall with a time of 42.48 minutes, and 1st place in the Veterans 40 age group category. Great stuff, Jason!

Sunday was supposed to see many runners competing in the Lee Mills relays, but the organizers cancelled this event due to impassable snowdrifts. However, CVFR members have been out and about, braving the weather, on their training runs, in preparation for the Mytholmroyd race scheduled for 5 December. More news on this event next week!