The ever popular Shepherd’s Skyline was run last Saturday from the Shepherds Rest at Lumbutts.  A fast 7 mile run to Stoodley Pike and back along the paths of Langfield Common in the wind and rain that you would expect in November.  It was a solid win for Calder Valley Fell Runner’s Andrew Worster who was nearly 2 minutes ahead of 2nd place Matthew Athersmith of Wharfedale.  Worster, who won bronze in this years’ FRA English Championships, had to show his turn of speed after the race as he had to head up to Penrith to collect his FRA medals that evening. CVFR ladies placed second team behind Wharfedale Harriers. 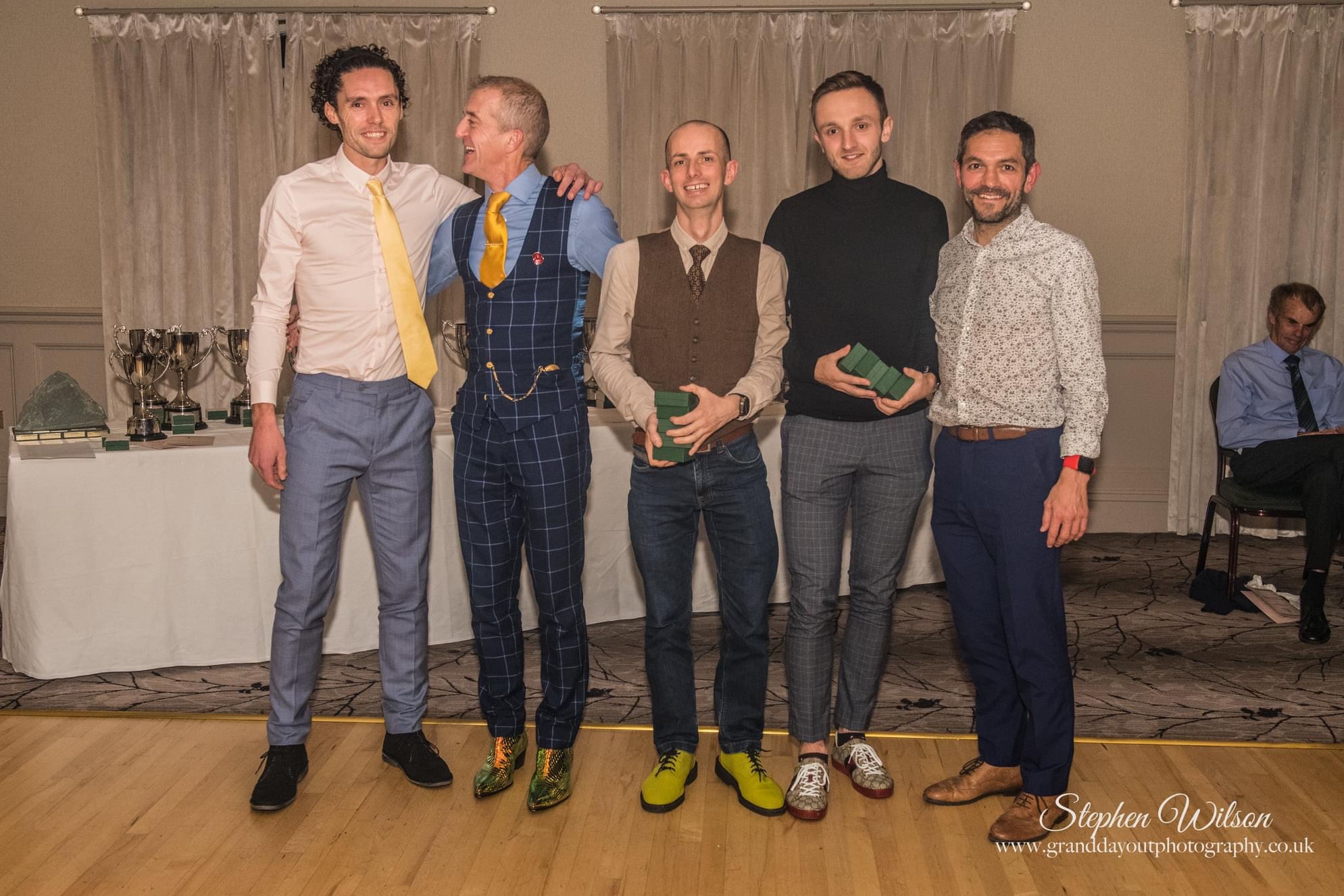 Sunday saw the first running of a classic fell race in the making. The 13-and-a-half-mile Soyland Moor race visits the worse and best that Calderdale has to offer. Starting with a steep tarmac uphill from the Hinchcliffe Arms pub towards the delightful bogs of Sunderland Pasture, onwards to Stoodley Pike.  By this point most of the climbing is done, racers then head over the moor along the level tracks of Pennine Way.  Runners cross the Cragg Vale Road on to the moor heading towards Great Manshead Hill before following footpaths back to the Hinchliffe Arms. 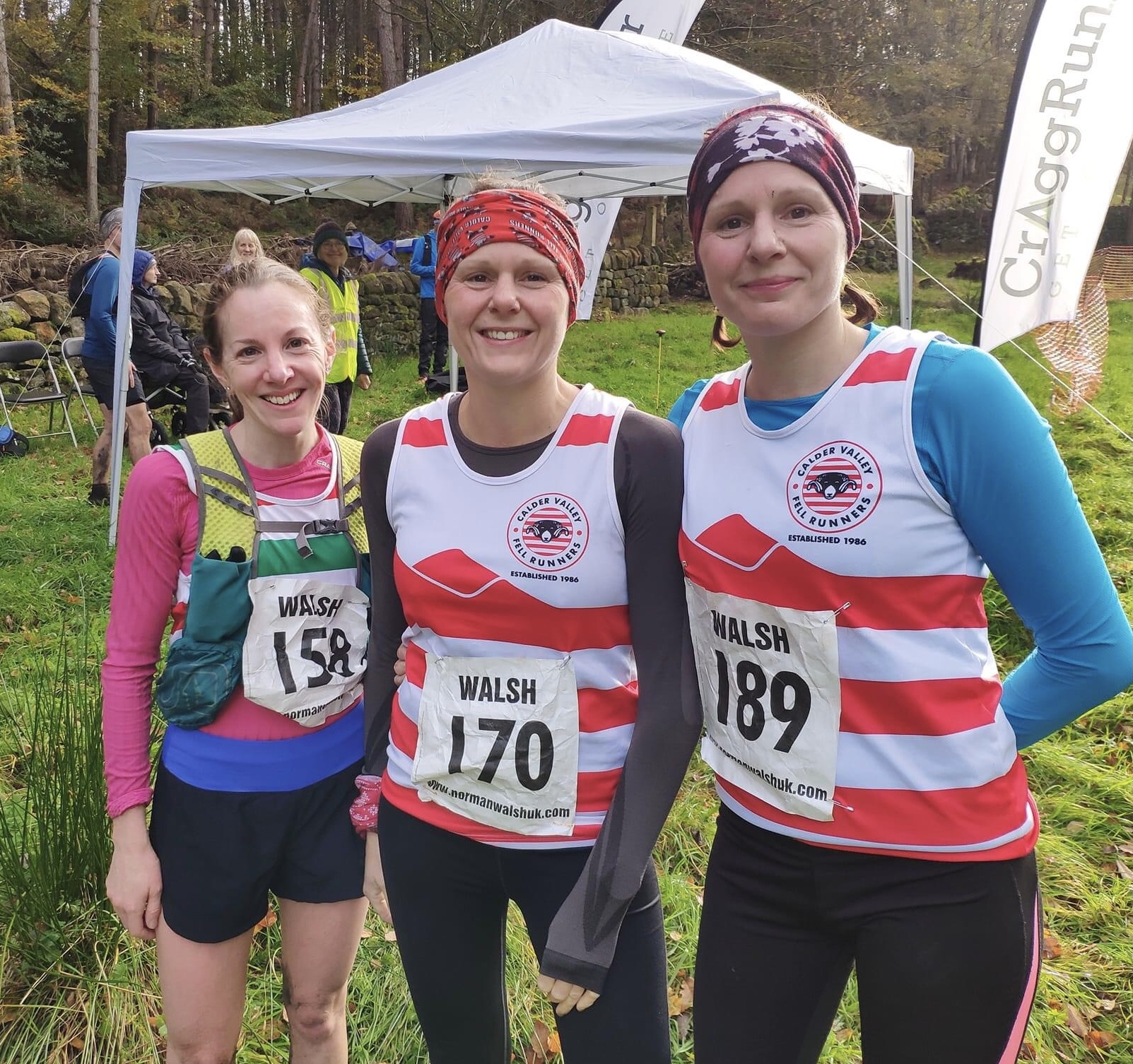 Calder Valley Fell Runners were out in force, winning both the mens’ and womens’ individual races and the men’s team prize.  Fell running’s answer to Venus and Serena Williams, Natasha Butterfield and Susannah Richardson scored a family one-two in the women’s race.  Setting her stall out on Tuesday night training, Natasha said she was looking forward to the race as it was on her regular training ground, and she hoped to set the inaugural women’s record.  Natasha beat her sister by just under 3 minutes in 1:53:06 and 13th place overall. 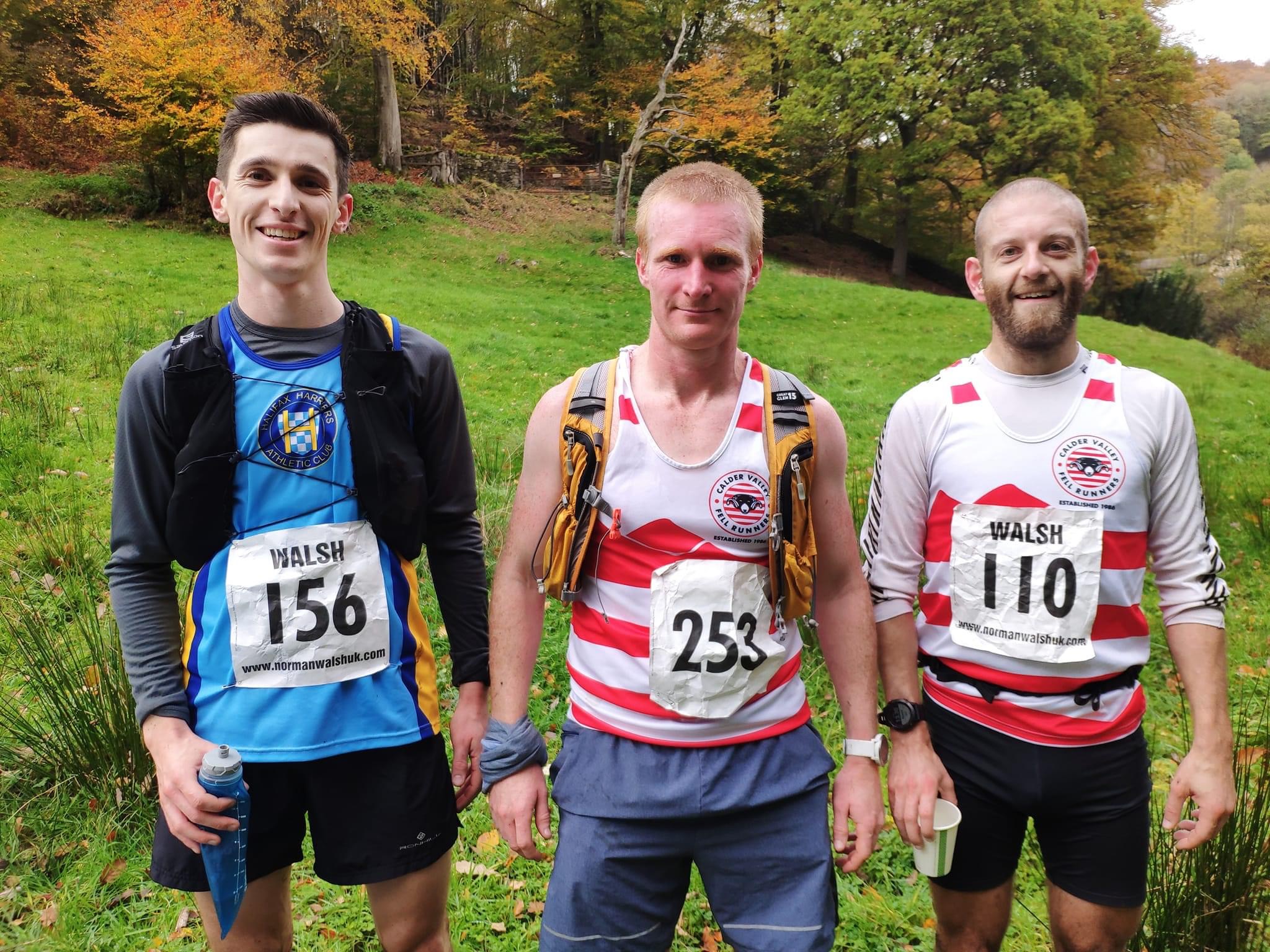