The big event for Calder Valley this weekend was undoubtably the Wadsworth Half Trog on Sunday 14th November. A tough yomp aver 15km of open moorland, a mad descent to Castle Carr reservoirs followed by an even tougher climb out of that particular valley back to the moors with the blessing of a long, straight run along one of Midgley Moor’s drainage channels before setting off again through the tussocks and bogs that are always a feature of the race. Leg sapping stuff. 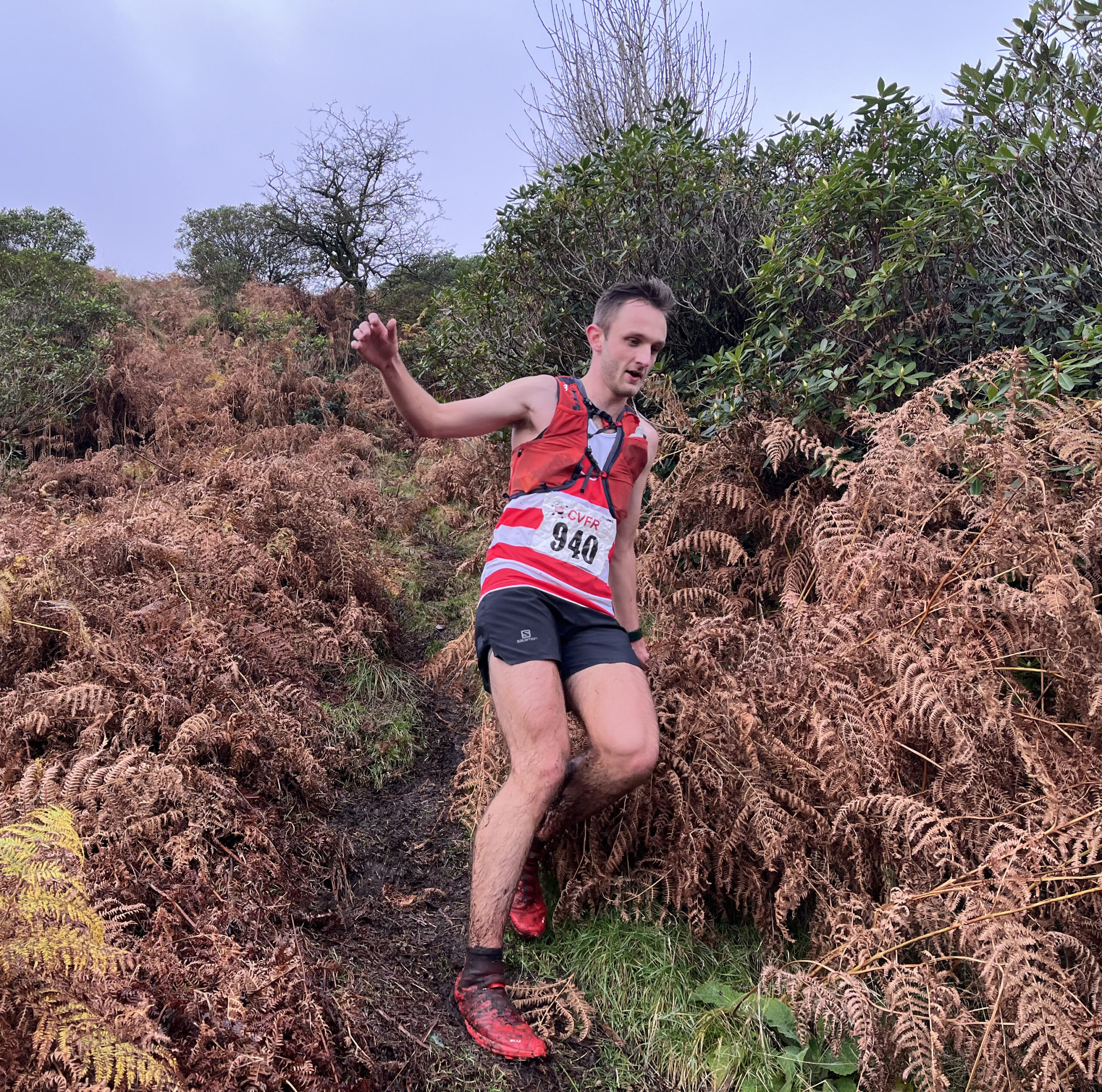 The Half Trog is more than a warm up to the beast that is the Wadsworth Trog in February. It is less of an endurance and more of a sprint and this is clearly the approach taken by Calder Valley’s Martin Howard, winner of this event for the second time. From the off, up Popples Lane towards Bogs Eggs Edge, Martin led the field of 98 men and women – 1:09:41s later, he raced back down the lane to the finish line just above the Hare & Hounds pub. Agonisingly close to Karl Gray’s record, he will be looking to improve on that time by at least 13 seconds next year to get his name into the record books. 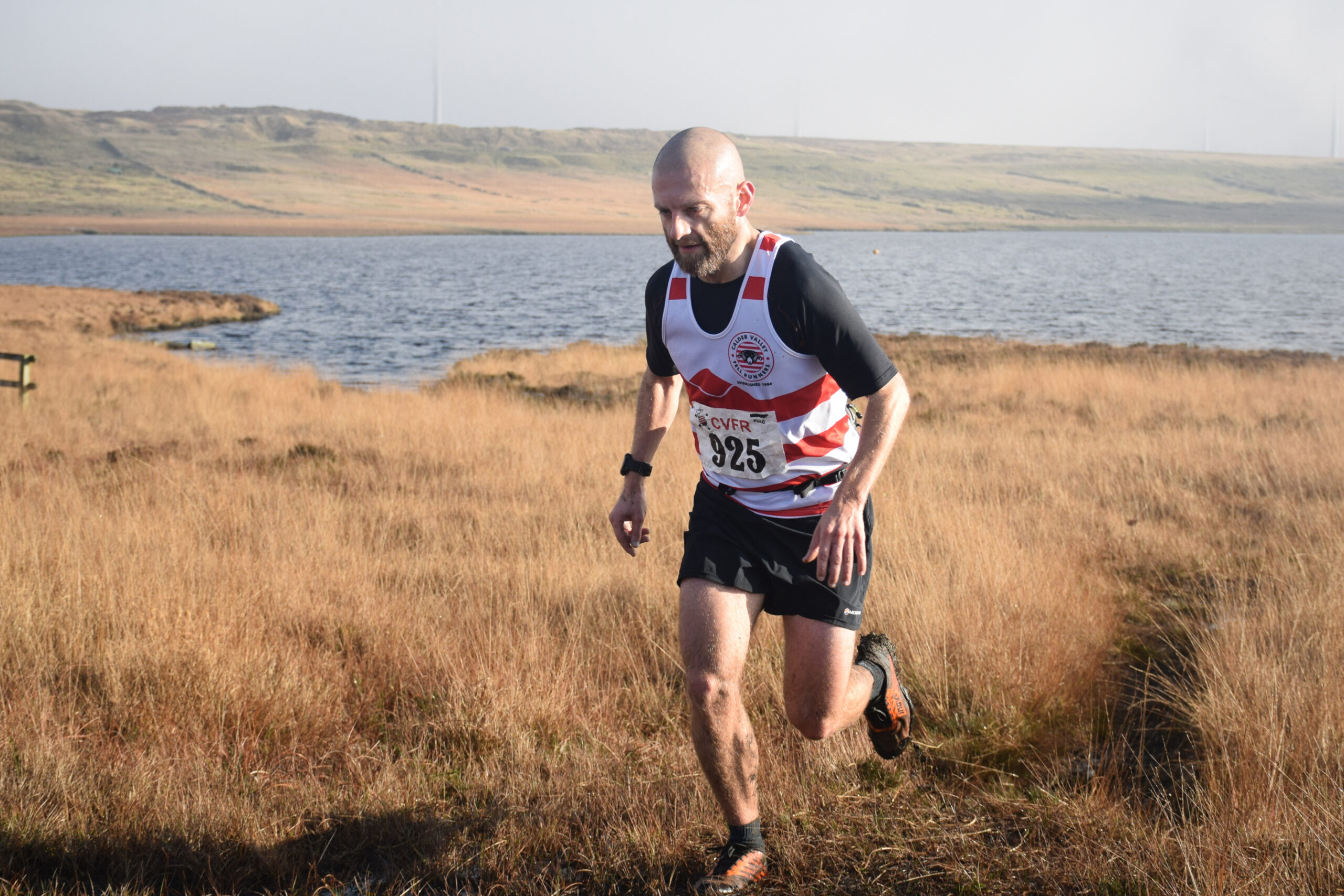 Andy Ford skipping across the bogs

Sunday was a great day for fell racing. Starting out clear and bright with a crispness in the air that stops runners over-heating and with vistas across the moors and valleys of the Upper Calder Valley. Sun soon gave way to mist making for a moody atmosphere as runners navigated the far reaches of the moor past the Winny Stone, then passing High Brown Knoll for a second time before dropping down to Dimmin Dale and Ferney Lee. Then up to Crow Hill and over to Sheep Stones Edge before a tough descent to the finish.

The race organisers understand how demanding this race can be and ensure that steady runners have the opportunity to compete without being left too far behind for the ‘sweep’ and marshals to pick up. An early start (half an hour ahead of the main field) means that runners of all abilities feel welcome at this race and true to form, 20 hardy souls set off at 11am knowing full well that they were targets for the chasing pack aiming to track them down and overtake them. By 11.30am the chase was on as the main pack set off.

Of the early group, credit goes to Tom Smith (Bowland, M55), Mike Wardle (CVFR, M60) and Eddie Lezniak (Achille Ratti, M60) who all kept their noses ahead of a fair few of the chasing pack. And a shout out to Brian Horsley, one of founder members, who placed 2nd V70 behind Ken Taylor of Rossendale Harriers and to the evergreen Aileen Baldwin of Stainland Lions, an F70 runner, who finished 5th woman (of 19) and 70th overall. 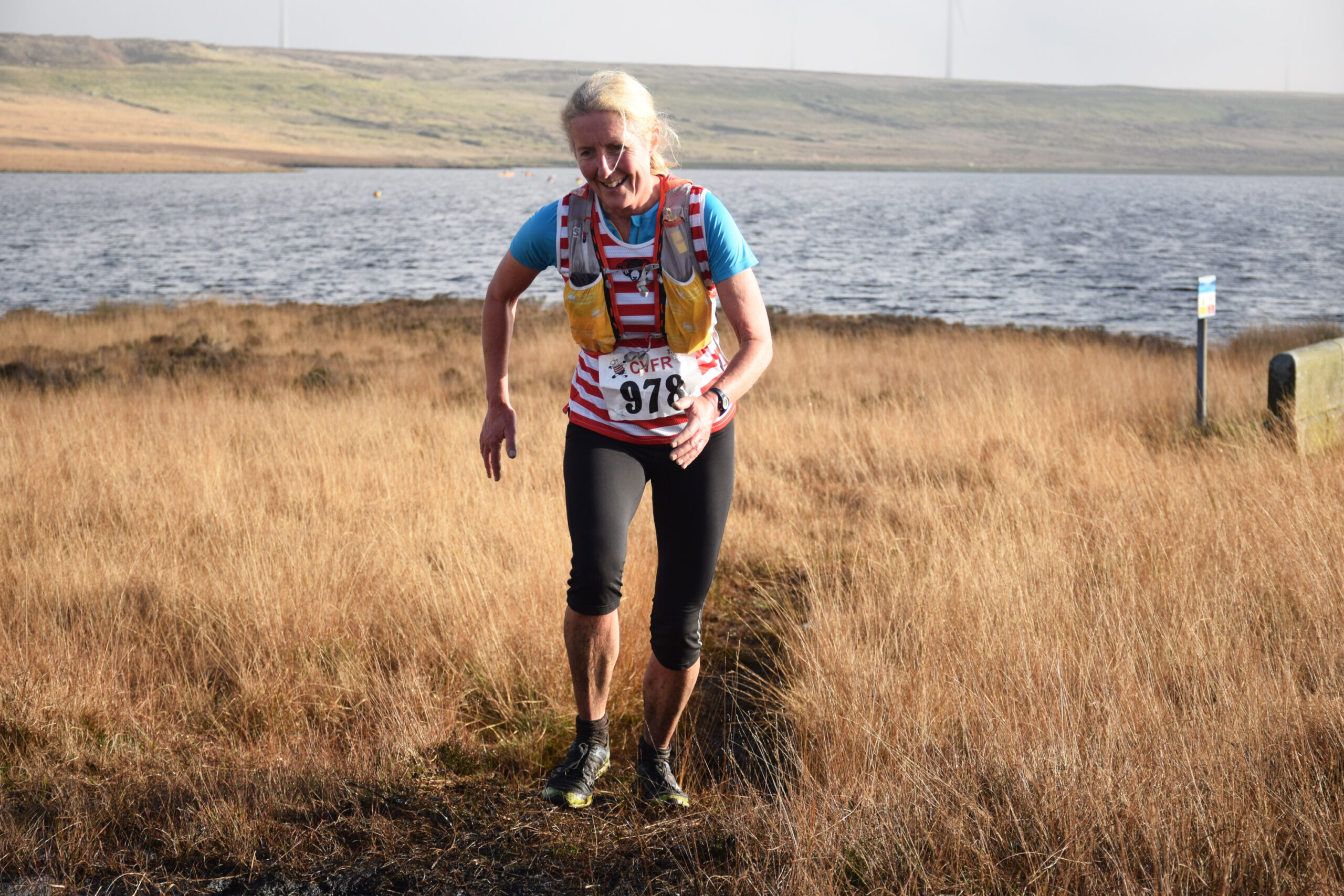 There were some great individual successes at the head of the field with Calder Valley’s Andy Ford (4th) and Mark O’Connor (8th) combining with Howard’s winning position to bring home the Men’s Team prize ahead of Todmorden and Bingley Harriers. Jackie Scarf, who taught many of us how best to run through a bog on the moors, came home in 2nd position for the women and with Claire Hanson (3rd) and Rebecca Alathoor (11th) claimed the coveted Women’s Team prize from Todmorden Harriers. 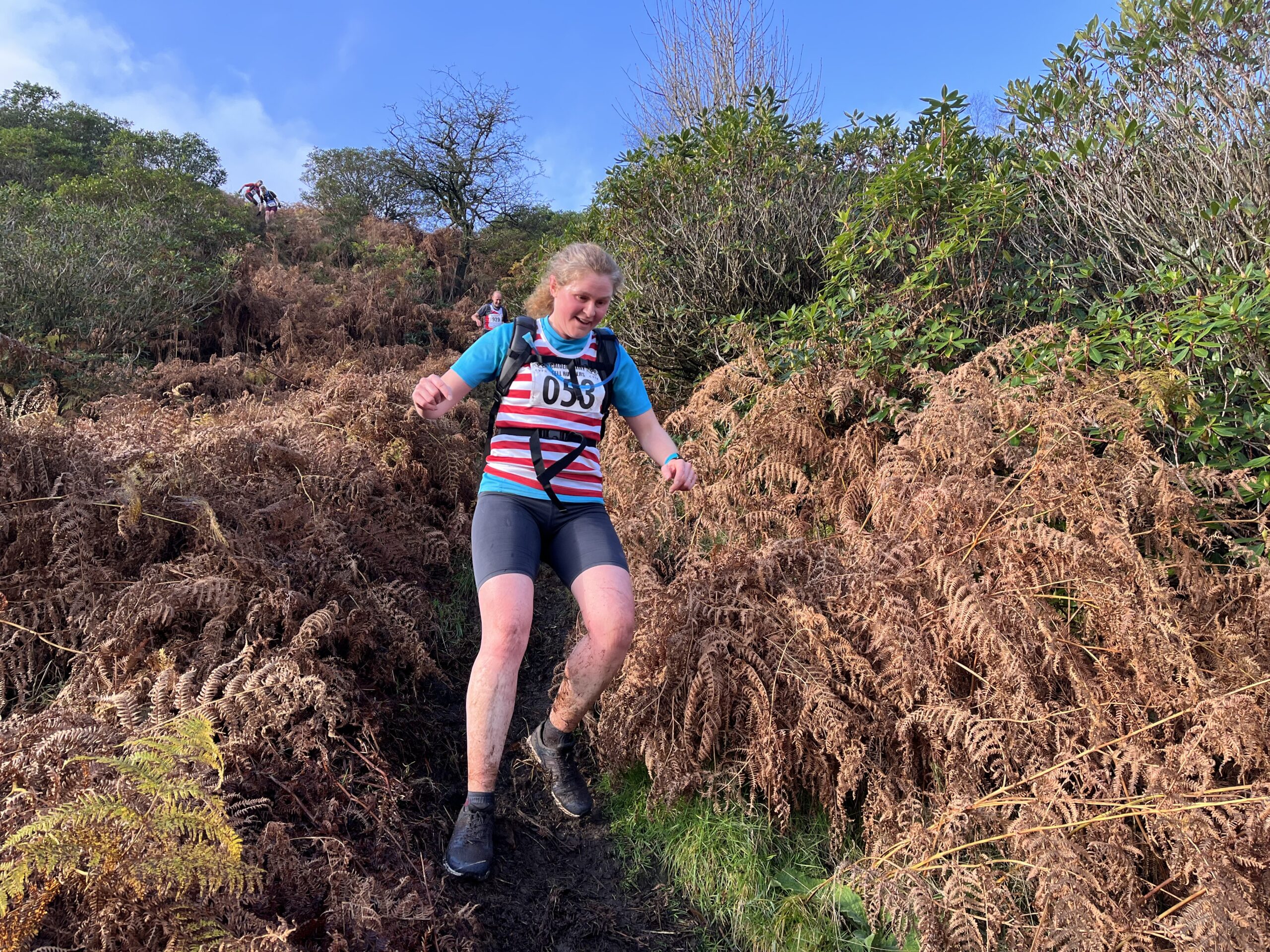 Fell racing across open moorland in late autumn takes a lot of organising – combining a competitive course with the welfare of runners means plenty of support at the start, finish and at points around the course. Race Organiser Phill Beecroft delivered a great event and couldn’t have done it without twenty five willing volunteers helping on registration, marshalling, race timing and first aid. An not forgetting, the invaluable work of the Woodentops photography team.

And finally, a family first for the Half Trog with Martin Howard winning the event and his dad, Bob, providing the important safety ‘sweep’ role bringing up the rear of the race.

And in other news, CVFR had runners out further afield over the weekend.

With Dunnerdale taking place on the Saturday, and hoping his Half Trog record might be safe for another year, Karl Gray headed to Broughton Mills to compete in this popular Lakeland race. In a field of 293 runners, Gray took 12th position overall and 1st MV50 in a time of 42:50s in this AS category event run over 8km with a hefty 550m of climbing.

Over in the Dales, it was the turn of another of the club’s growing band of vets – Steve Smithies –  to put on a great show in CVFR colours in Littondale. The Litton Birks Loop is run over 7.7km with 372m of elevation. Steve posted a good time of 41:41s claiming 6th place overall and 1st MV50. Layla Hirst also ran well in taking 29th place and 7th lady overall as she builds her fitness after injury.