The highlight of this week’s club news has to be Dougie Zinis not only finishing the Montane Spine Challenger in extremely challenging weather conditions – but crossing the line first. 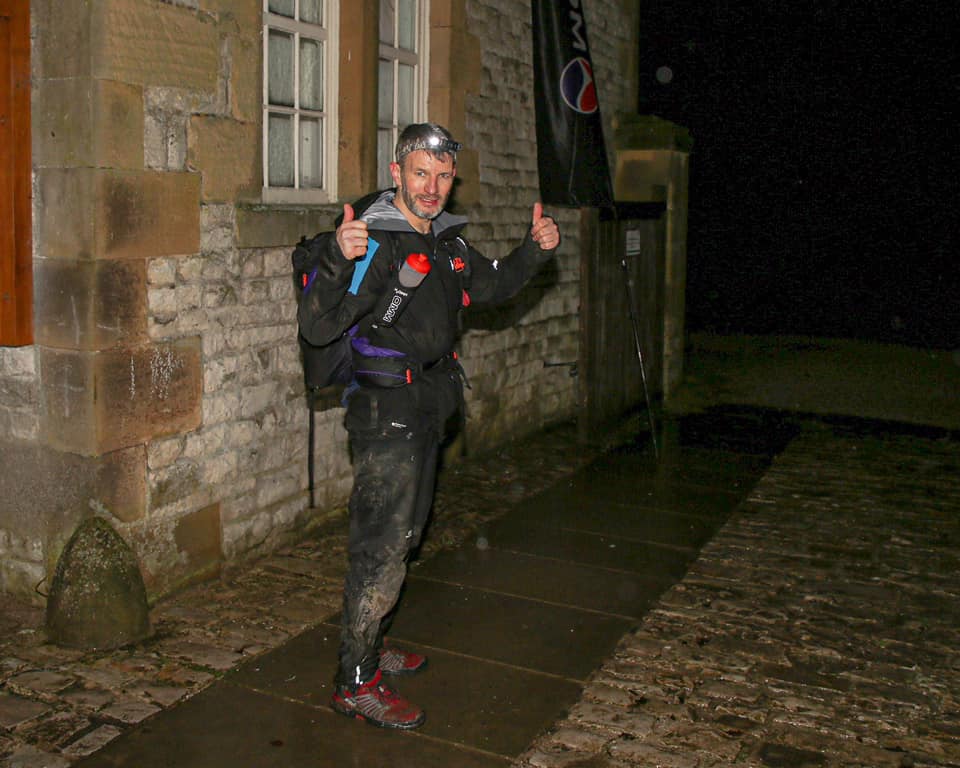 Still looking strong at the half way point

This race, which involves running non-stop between Edale and Hardraw – a particularly challenging and technical section of the Pennine Way – is both physically and psychologically demanding. In a test of courage and resolve, participants had up to 60 hours between Saturday 11th& Monday 13th January to run the 108-mile race without stopping. Despite an early tussle over the gale force winds of the peak district, Zinis still managed to come out of the Hebden Hey check point on top & finished the race in an amazing 29 hours & 32 seconds – less than half the time allowed! Zinis described ‘swapping the wind for torrential rain in the Yorkshire Dales’ & how all the flooded rivers made going slow’ but he pushed on regardless & was ‘absolutely delighted to finish first’. 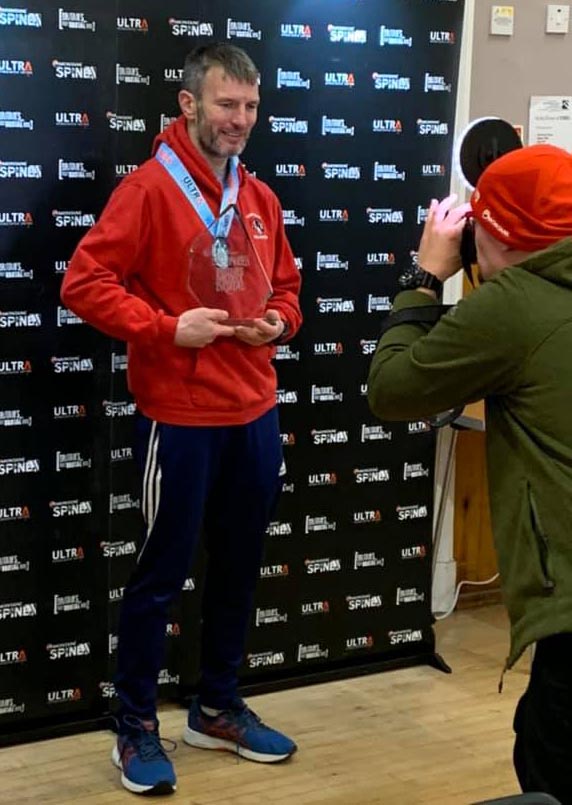 A smile with that well earned medal 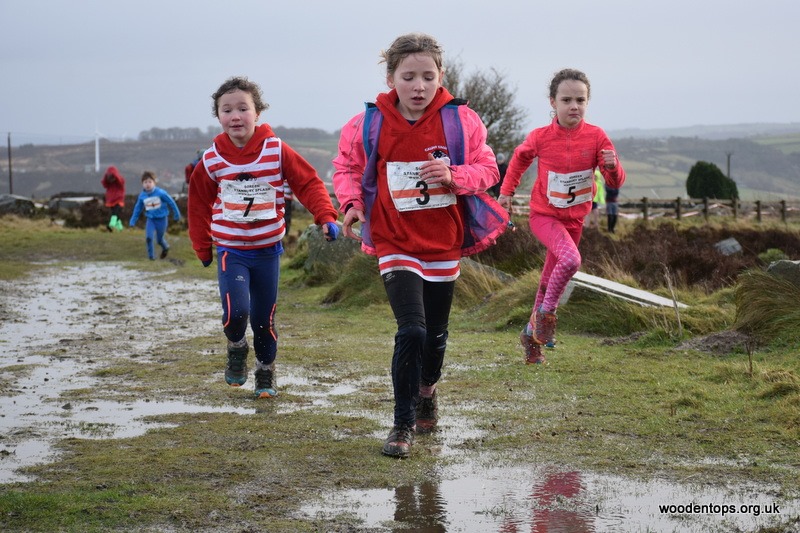 Ishbel and Lottie battling it out in the U9s 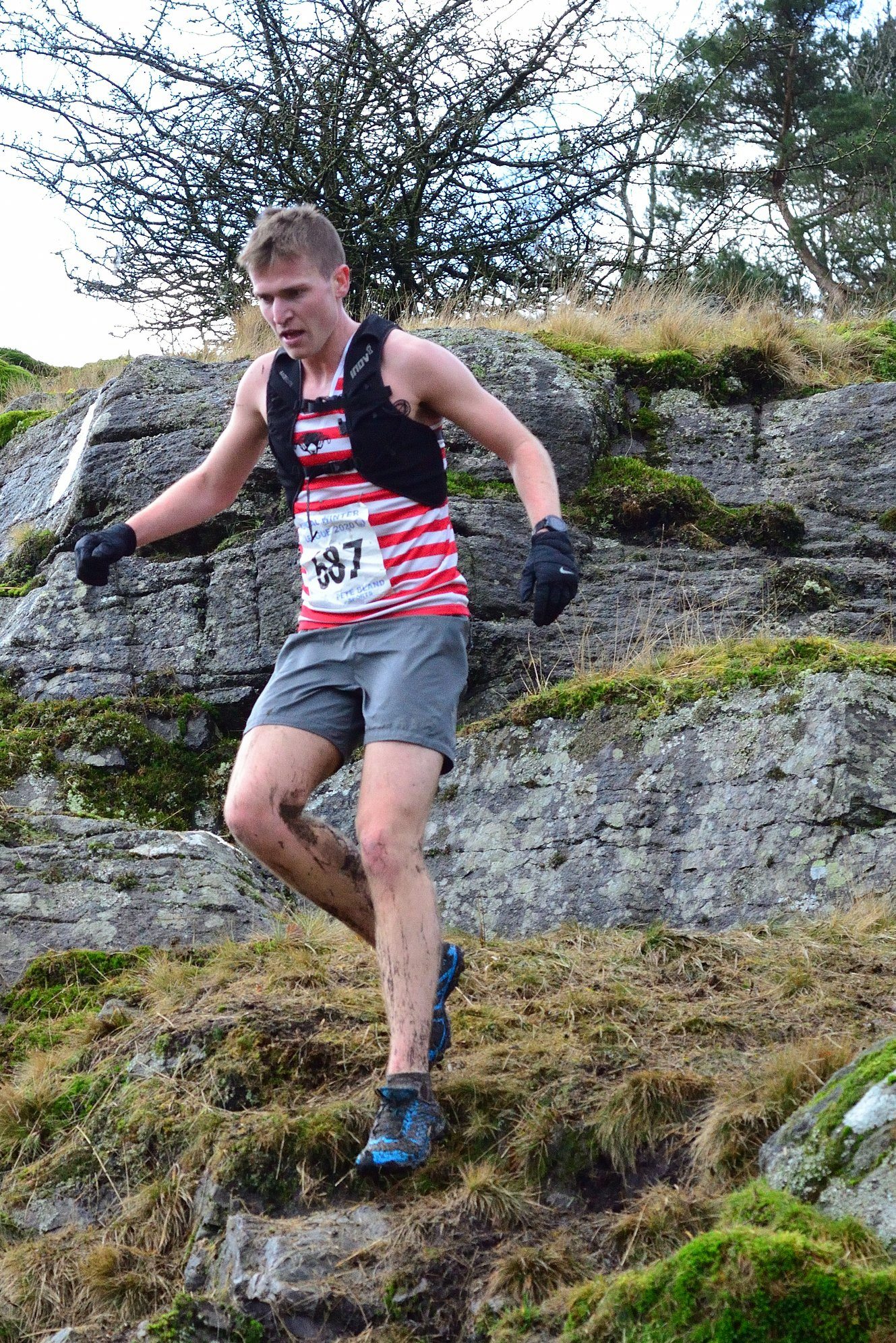 There were also excellent results for the red & white hooped junior runners at Wharfedale Harriers’ Stanberry Splash quarry races. All the junior races start in the quarry, with a mad dash along the bottom before scrambling up the end – with the younger runners doing a loop to finish & the older runners going out onto the moors & back. Harry Cliff, competing for the first time in the U11 category, came an impressive 3rd, with fellow Calder Valley U11, Ted Parker also running well to finish 6th. In the girls’ races, Charlotte Cliff finished both 5th overall & 5thgirl in the U9 age category, closely followed by Ishabel Symington in 6th place. Emilia Wright also ran a strong race in a competitive field to finish 4thU17 girl. 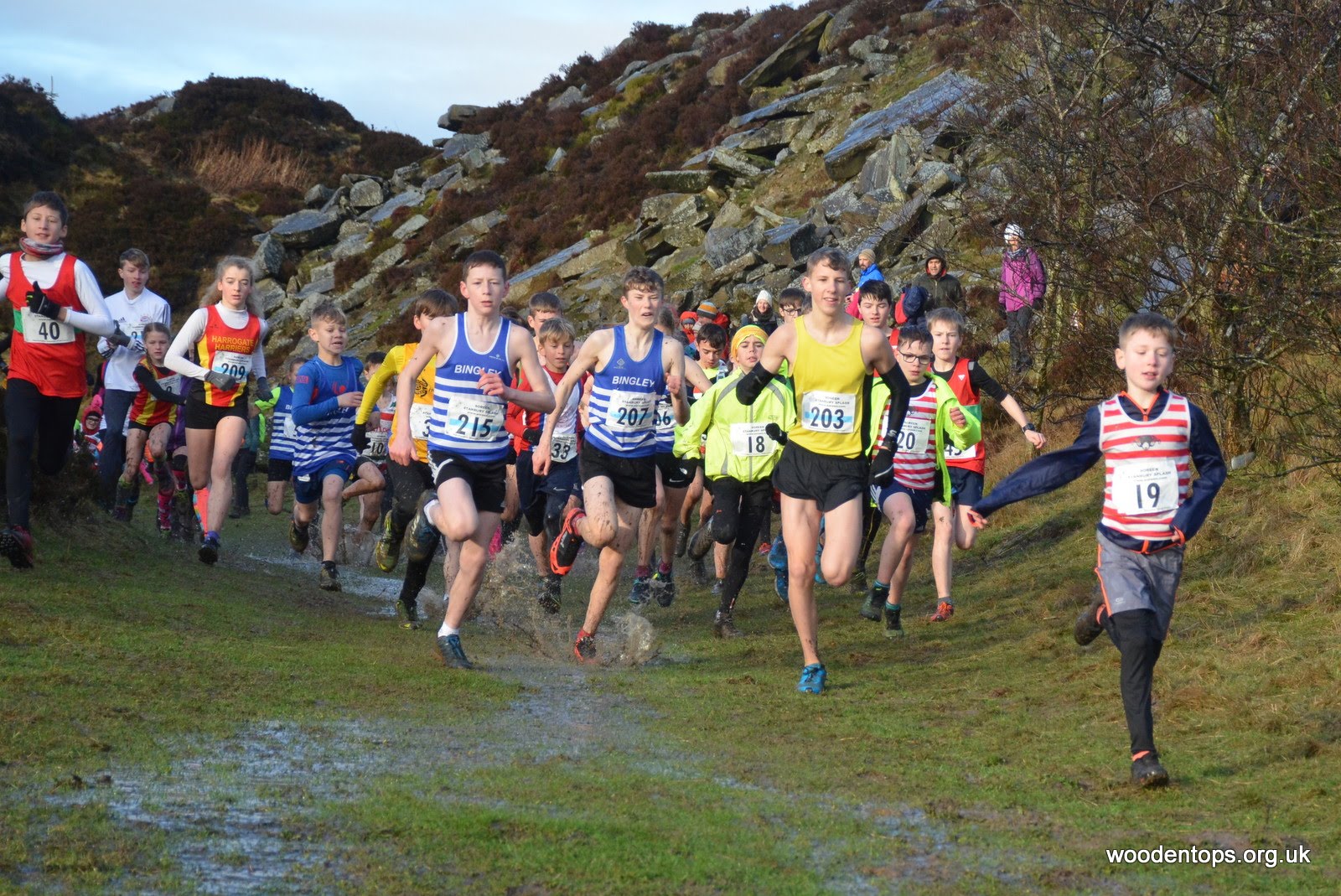 In the main race – a 6.7 mile route, starting from Penistone Hill Country Park and circuiting the upper reaches of Ponden Clough and Stanbury Moor – CVFR’s Matt Ray ran strongly to finish in just shy of an hour in 18th place in the men’s open category (44thoverall). Jonathan Moon also ran well to finish a minute & half after Ray in 22nd place in the men’s open category (56thoverall)

Away from the fells, at the 5km Centre Vale Park Run in Todmorden, Ben Cliff ran a very fast race to finish an excellent 10thoverall & first in the in the Vet40 age category. However, he was pipped to the post by two seconds by nine-year old Clara McKee, who not only finished 9th overall, but beat all the women over the line to win the ladies’ race outright, running an astonishing three sub-6:45 minute miles to finish a full 2 minutes 20 seconds ahead of the second placed female runner! Calder Valley’s Tom Owen & Tom McKee also ran good races to finish 14th & 19th overall & second & third in the 11-14 boys’ category.