This Winter Score – expertly organised by club members Jackie & Phil Scarf – saw 80+ runners using their navigation skills, to race around the local environs looking to punch their cards at as many of the 17 controls as possible & then get back to the base at Cragg Vale Church before the cut off time of 90 minutes, to avoid incurring heavy time penalties. James Logue won the event – managing to make it an astounding 15 of the 17 controls. There was also particularly impressive running from the juniors, with Joe & Paul Hobbs running in the pairs race, & securing 12 controls. Thanks goes to Little Valley Brewery for prizes, The Secret Cafe for delicious ‘at cost’ pies & Cragg Vale Church (a great venue). It was a pleasure to raise £660 for charity. 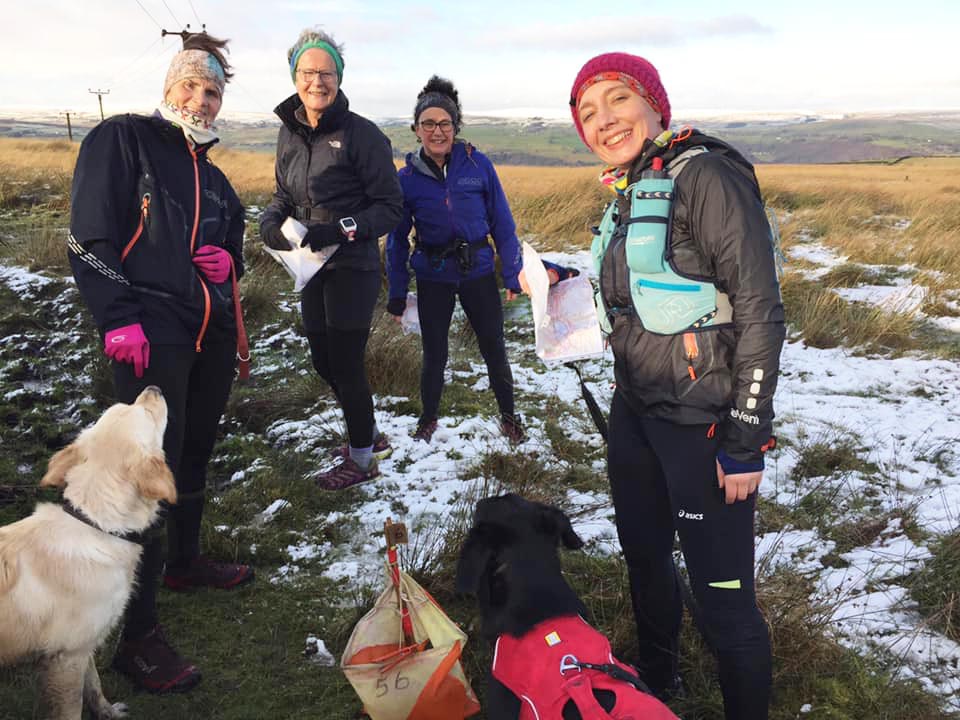 Wharfedale Harrier’s Stoop race starts from the quarry bottom on Penistone above Haworth, head up to the Stoop standing stone, via Harbour Lodge & then drop back down again through some serious bogs & back to the start via track & road. The light covering of snow added to the fun/ hindrance of having to race wearing Santa hats.

This year, with many of the club’s juniors & senior runners opting to take part in the winter score, Jo Buckley & Mark Wharton were the sole CVFR runners to take on the snowy 4.9-mile Christmas run, complete with 700 feet of climb & a santa hat & curly wurly for each entrant. Whilst official results have yet to be published, of the 190 to finish the race, Buckley placed a strong 9th lady & 3rdin the LV40 category & Wharton 45th overall & 5th MV50.

The Junior Stoop races took place in the snow-covered quarry, with nine stoic Calder Valley juniors braving the elements to race, & all of them did their club proud.

In the U9s race, there was another sterling performance from Harry Cliff, who brought home the field for the second year running and third time overall in as many races. His younger sister, Charlotte, in her first time running the Stoop came in an impressive third girl.

In the main race, the red & white hooped juniors fielded seven of the 55 runners. For the U15 boys, Euan Logue – the sole CVFR runner in his age category – ran a strong race to finish second U15 (6th overall). The U13s races were hotly contested – flying the flag for the red & white hoops U13 girls, Fearne Hanson finished 4th & Alice Ritchie 9th. For the U13 boys, George McFie ran a storming race to finish third overall and second in his age category. 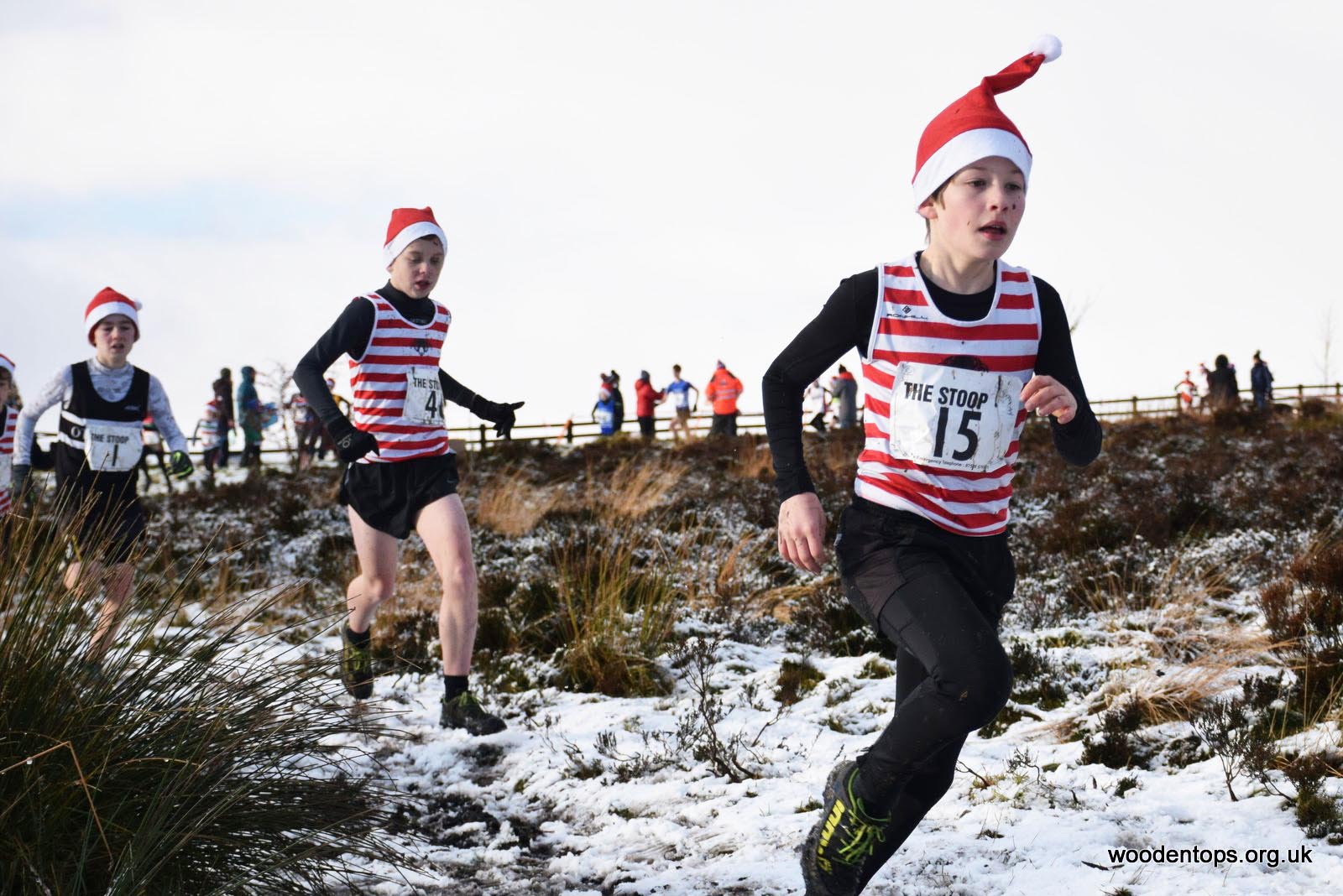 Fellow U13 Thomas McKee persevered to come in in a commendable 8th (19th overall), despite sustaining a nasty knock to his knee during the race. His younger sister Clara, who passed him 2/3rds of the way through, wanted to stop to help him, but he bravely pushed her to racing, & she went on to storm home again – finishing first U11 girl & an amazing 9th overall. Fellow U13 runner, David Ritchie also ran well, placing 5th U11 boy. Given that when asked for a few words about the race, the consensus among the junior runners was ‘cold’, the prize winners were suitably awarded with new pairs of Christmas socks as well as sweet treats!