The torrential downpours did not deter the hardened CV fell runners this weekend, splashing their way to victory and revealing some healthy inter club rivalryas the club champs season comes to a close.

First up was the local 4.6 mile Thieveley Pike Fell race in Cliviger which follows much of  the Mary Towneley Loop and which saw CV’s young Martin Howard taking the U23 prize.

Also on the Saturday, a dozen CV runners made their way to Snowdonia for the Peris race. Peris Half (8.5 mikes, 4500 ft) and Full Peris(18.5 miles and 8500ft) both counted for club champs points this year so many runners had to choose the course wisely depending on which other events they had done earlier in the year.

The race starts out with a long climb through the quarries to the first 3000 footer on the course, ElidirFawr. With the clag down and poor visibility on the tops, runners were keen not to lose sight of the local navigators. But it wasn’t long into the race when runners had to rely on their own navigational skills to get round as the nearby runners disappeared into the fog.  Said a proud Andy Wright, who secured 3rd prize in the half:

‘The final summit for the half runners was GlyderFawr (1001 metres with a 300m ferocious ascent from Llyn y Cwn). I recall paddling here to cool off last year, but today there was no time for such luxuries.  I knew the race was still in contention despite not seeing anyone else from the half, so ran up what should have been a walk to the summit.  From here it is a fairly vague line back down to the finish at Pen Y Pas.

As we dropped below the cloud the car park came into sight and I was able to view the first full course runner in front of me, along with the rather welcome sight of Phil Wells in the distance ahead of me.

I did not realise it at this stage, but most of the Eryri runners in front of me had taken a wrong turn down towards Nant Peris, so I did not realise how far up the field I was right now, but I did know that this descent was where I could make up some time.

I switched off the safety guard and flung myself down the hillside in the general direction of the car park.  The lines proved exciting at times as I went through the boulder fields but I successfully made it past team mate Phil Wells about 500 metres from the end to learn to my surprise that I was 3rd overall.

Having spent some time in Wales for recces and races of UTS50 earlier in the year I think I had an idea of what the day had held in store, so I knew what to expect and felt my training for this race had gone well, but to get my first podium in a Welsh mountain race was a very proud moment’

Eryri Harriers hosted the event and provided excellent live tracking at race HQ along with great post race food.  Some very welcoming hosts, who seemed genuinely happy to have so many red and white vests out on their race.

Other achievements in the half included Phil Wells who was 2nd MV40 and Rob Rawlinson, 3rd MV40. 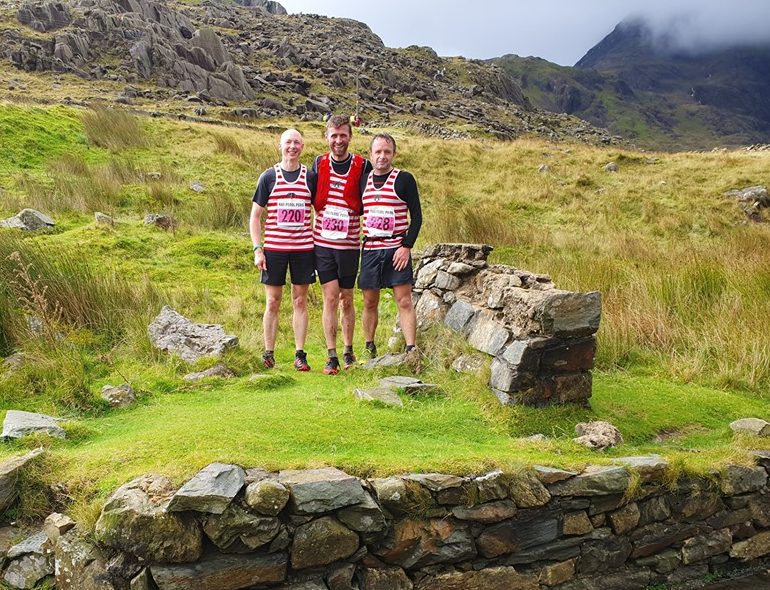 In the Full Peris, a gruelling 18.5 miles of over 8500ft of climbing, CV’s Jonny Croston was 9th and Dougie Zinnis 13th. Not content with completing 18.5miles, James Cooke ran an extra lap round Llanberis after unwittingly following an old route map he’d recently purchased on-line.

On the Sunday, Holly Page, taking a rest from her international travels, and Carole Fryer flew the CV flag and scooped up 1st lady and VF50 at the Rombalds Romp fell race over on Ilkley Moor. Conditions were grim but both were still smiling as they practically swam round the 8 mile course. 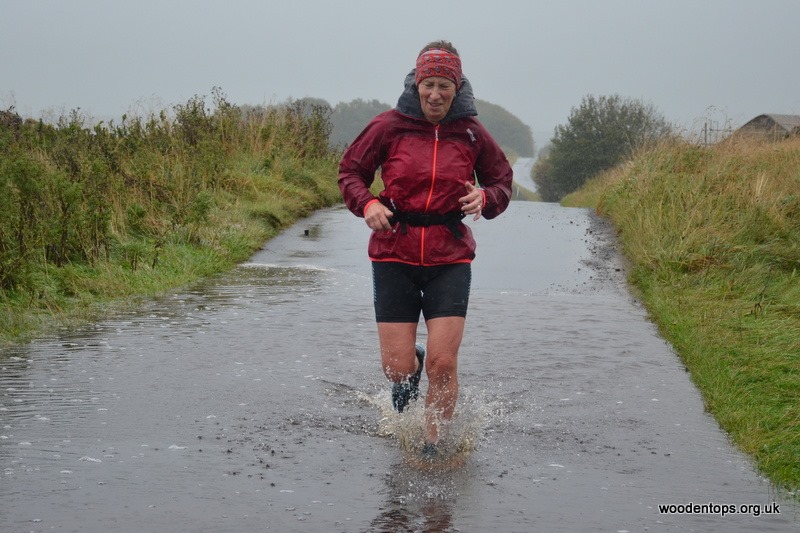 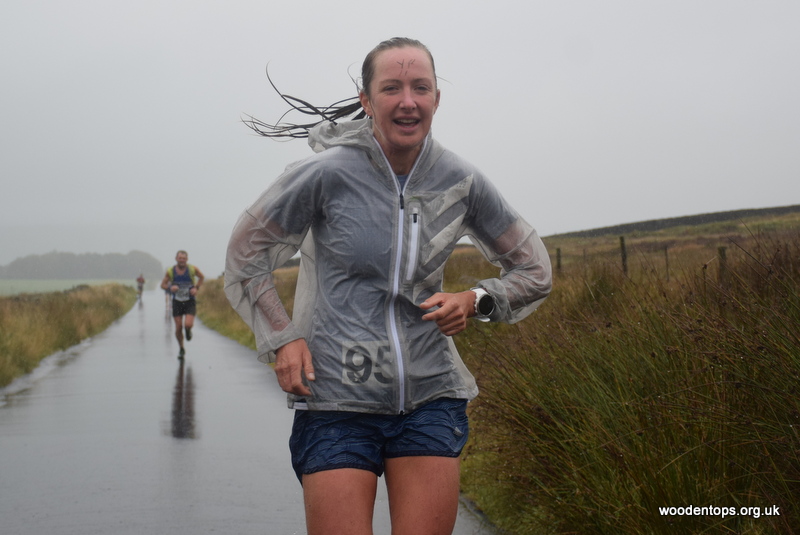 ‘Over the moon to win the World Masters and to stand on the podium and hear the national anthem! It was a deceptively tough race, fast with some technical, steep climbs and the heat was sapping- not something a pasty Yorkshireman is used to! Has a bad patch on second of three laps but came back strongly on third.

Delighted to see Ben cross the line shortly after me and win a silver- good day for CVFR! Great event; the Italians know how to put on a race with great atmosphere and support!’

‘I came here with little expectation, after missing all of the racing season through illness. I’ve been nowhere near top form and this was a course that definitely did not suit me – fast and furious with lots of flat road sections. Plus it was at least 33 degrees in the heat of the midday sun. But I gave it my all and it paid off! I’m absolutely over the moon to finally make the podium after 4 years of failed attempts.

But despite my own personal success, the day really belonged to my good friend Adam Osborne, who ran the race of his life to take gold in the V40 category. We’ve been friends a long time, been part of international teams together in the past and now we’re even Calder Valley club mates. So I was so happy for him to stand at the top of the podium and see him back at his best. One of the nicest and most modest guys you’ll ever meet’ 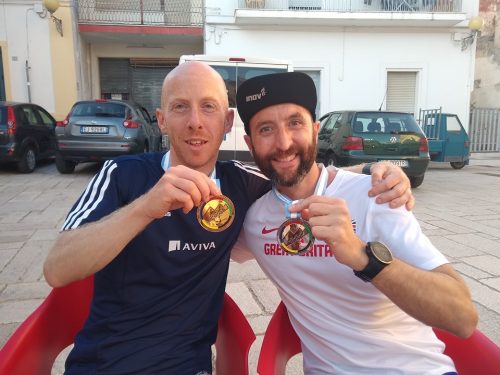 Gold and silver for CVFR’s Osborne and Mounsey