A handful of the club’s more serious runners were focused on Sunday’s Illam Park Fell Race – a challenging Category A fell race in beautiful White Peak countryside (with all profits going to local charities). This race was also the final counter for the English Championship and saw 150 of the country’s best fell runners taking on the 7.2-km route, with its 450m of ascent.

CVFR’s Daren Kay and Gavin Mullhound were the first red & white hoops home – crossing the line only three seconds apart (in 38:40 and 38:43 respectively) to finish 1st and 2nd M45 (23rd and 24th overall). Third M45 home was another red & white runner – Karl Grey – finishing just behind his team mates in 38:59 (26th overall). There were also strong runs from Alex Whittam (30th overall, 21st in the men’s senior age category), Martin Howard (35th overall and 3rd under 23) and Mark Burton (51st overall, 7th M45). With this result, Calder Valley’s Martin Howard crowned off a fantastic season by securing an impressive 3rd place in the men’s U23s in the English Championships. 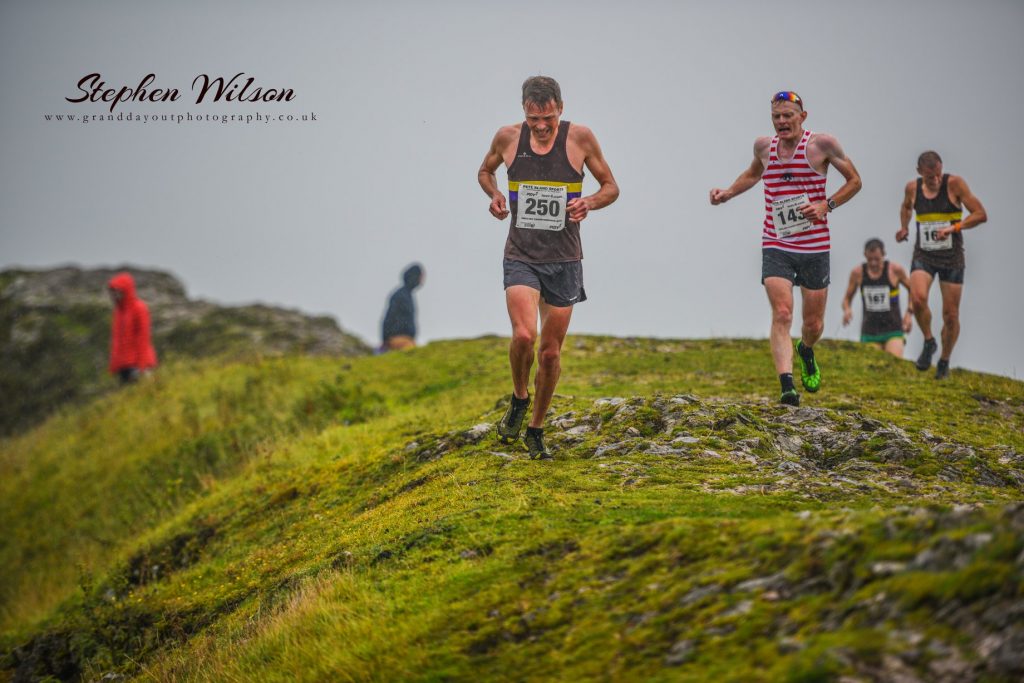 This Sunday was also the date for the Utterly Butterly fell race at Marsden – an unusual fell race with a scenic route that takes in five reservoirs in five miles (with 850ft of ascent).

In the ladies’ race, Carole Fryer ran a brilliant race to finish 8th overall & first in the FV50 category in 44:54. Fryer described as how this unusual fell race  – comprising of one third track, one third paved footpaths and one third grassy/gravelly footpaths  – is particularly ‘good for those new to fell running’, and typically quite ‘runable after the initial climb’. However, in the somewhat inclement conditions on Sunday, it was not as sstraight forward as in previous years – not least given the number of flagstones, which are notoriously slippery when wet. Nonetheless, Fryer reports that she is convinced it is all ‘well worth it for the tea & gorgeous cake at the presentation’.

This weekend also marked Stuart Russell’s Bob Graham Round attempt – a 66-mile, 27,000-ft circuit of 42 of the highest peaks in the English Lake District, which needs to be completed within 24 hours to qualify as a success. Russell finished his successful round in an impressive 23h13, commenting how he ‘got lucky’ with the weather – setting off on Friday night at 10pm in beautiful conditions, although winds did pick up later. 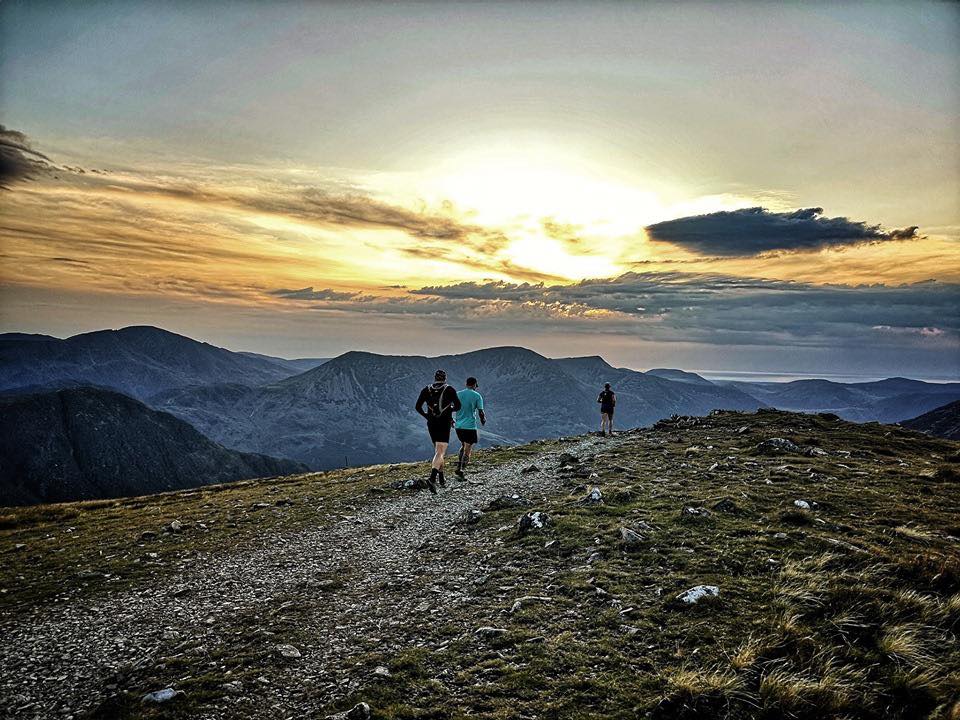 By mile 60 & the final summit, Russell was reduced, rather unsurprisingly, to observing to his support team (John Allan, Helen & Kirsty) that the challenge was “just really hard!” However, having been ‘force fed with the secret weapon of mango’ in leg 4, he could keep going – and so credits his success to his support team, who kept him going throughout to become the 4th CVFR club member to successful finish the incredibly tough BG challenge this year. 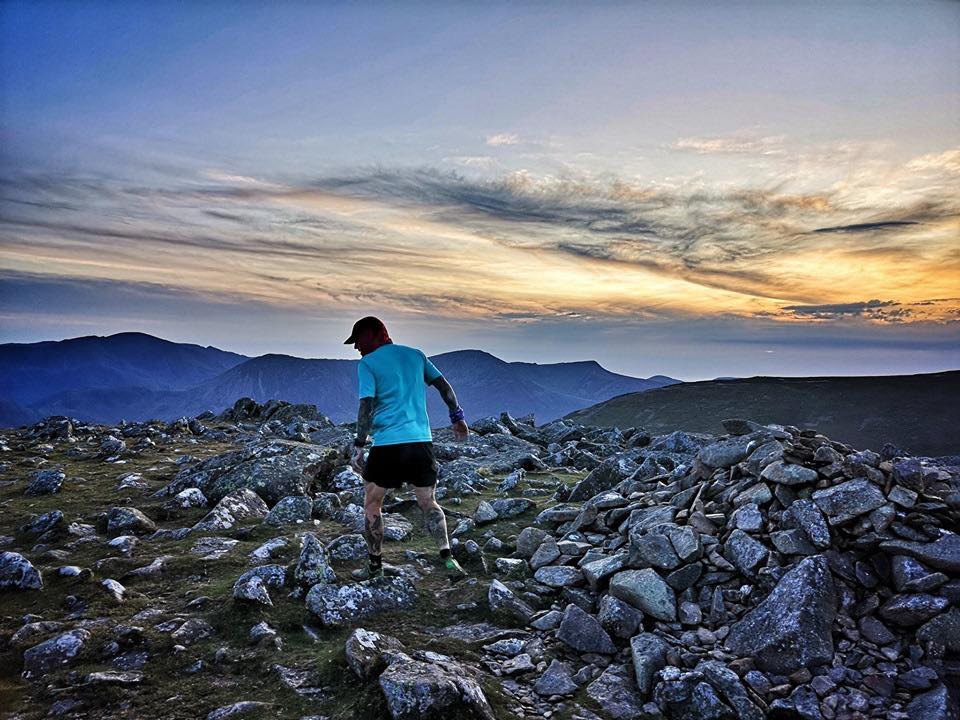 Further afield Scotland hosted events which saw two of CVFR’s elite runners back running again. Ben Mounsey raced in Kinlochleven at the Salomon Skyline Scotland races, taking 1st place in the 3 Mealls Trail Race. Mounsey described how this ‘very tough’ technical 18-km trail race, with its over 700m of total ascent and a high point of 560m in an astounding 1:35:08 – was a real challenge. 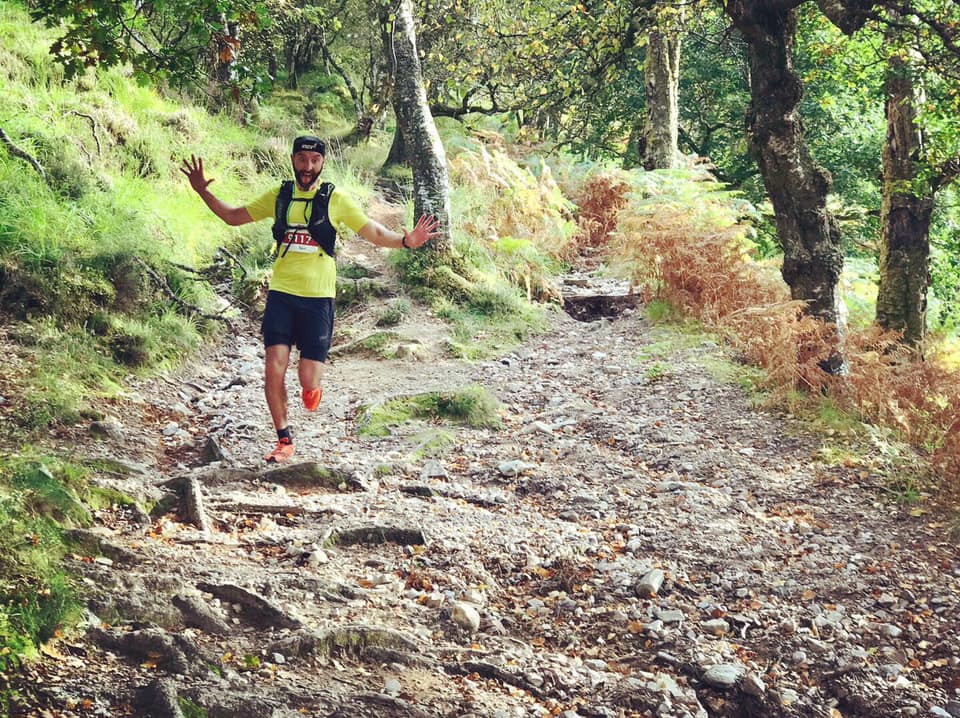 Nonetheless, it was one he more than rose to, finishing over ten minutes before the rest of field of the 150 athletes. Mounsey is now on his way to Italy to compete in the World Masters 2019 this coming week. 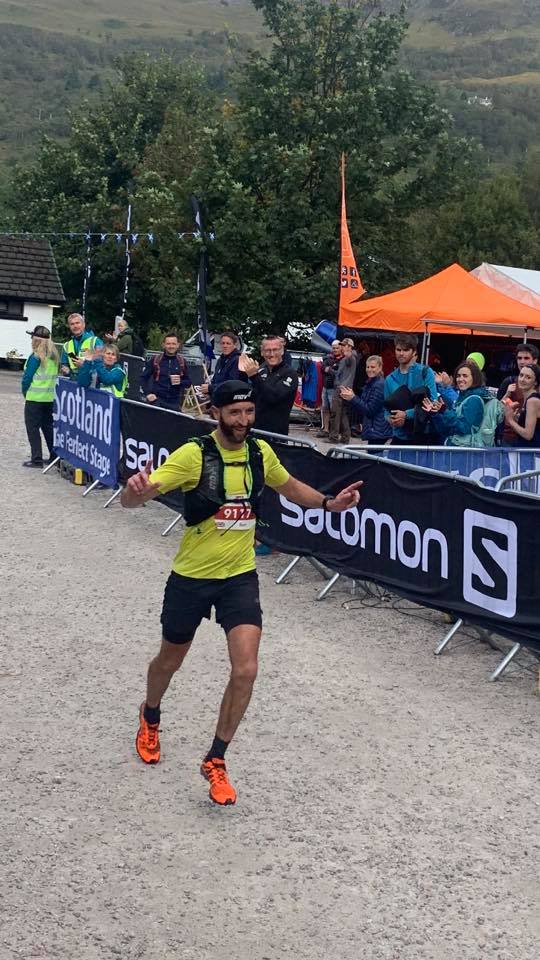 For the elite ladies, this Saturday (21st September) saw Calder Valley’s Holly Page competing at the Ring of Steal Sky Race – the last round of the Golden Trail World Series – a race within the Mamores that takes in a series of majestic Munros (Scottish Mountains over 3,000ft / 914m) and four summits.

Page considered not taking part in this 29km (2,500m of ascent) race at one point, as having been plagued with injuries this season, she thought it would be ‘nigh impossible to qualify for the top 10 and a trip to Nepal’. However, the Scottish hills in the sunshine worked their charm, and Page felt good right at the start. She was in second from the get-go, although the previous week’s longer mountain runs began to take their toll and towards the end – out of gels and water, she was willing herself forward.

On the last downhill, Page was unfortunate to fall in a bog – smashing her leg on a rock so badly she needed several stiches. Nonetheless, she still placed second lady – in a respectable 3:54:18 – and in so doing, qualified for the Grand Final of the Golden Trail World Series. In typical Page style, having tied for 10th place with another runner – and won thanks to the ‘higher position’ rule – she has invited the latter to join her at her guest in the Himalayans. 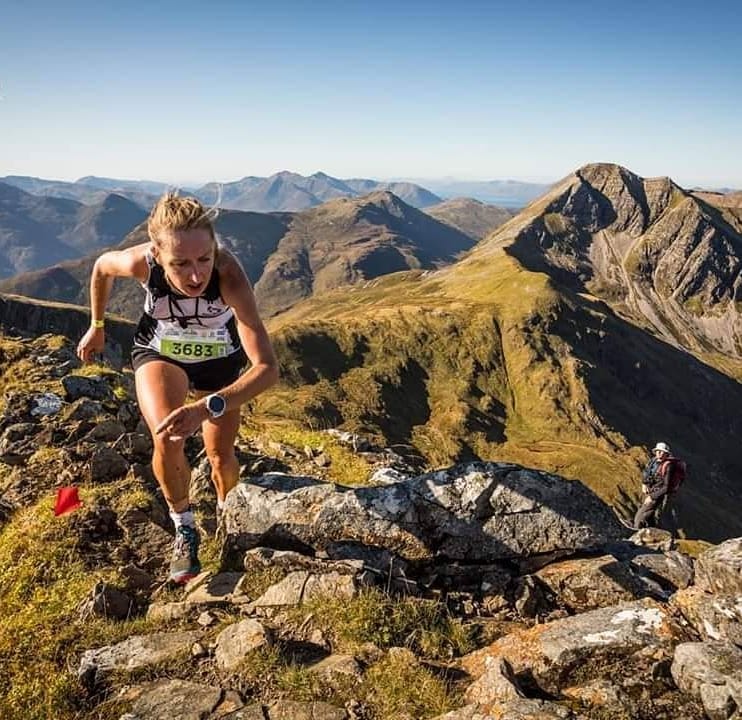 Closer to home, this Saturday, 21st September also saw club chairman, Bill Johnson, take on the Lantern Pike fell race from Hayfield  – the fell race with the oldest record in the country (Ricky Wilde set the record in 1977 and no-one has come close to it since.) Johnson ran exceptionally well in the unseasonal heat in what was his first fell race in 12 months – having recently focused on multi-day events and torn a tendon last January. Despite feeling he ‘probably set off a bit too fast’ & consequently was almost ‘sick with effort’ by the turnaround point, Johnson still finished an impressive 17th out of 107 runners. The race was won by former English champion Lloyd Taggart.

And finally – much close to home – a number of club members took part in the Cragg Vale 15 races on Sunday 22nd – up and down the B6138 – famous for being the longest continuous gradient in England. This year, the traditional races over 10 miles, 10km and 5km were complimented by the new 1-mile dash and whilst results are yet to be published, CVFR’s Elliot Corner ran well in the 10-mile Cragg Challenge to clock in an impressive average speed of 6 minutes 50 seconds over the course. For the juniors, the trio of Lennon Wilson, Fred Slater and Cory Stewart ran exceptionally strongly to all finish the 10km race in sub-27 minutes (considerably faster than the average time for the course in 2018). 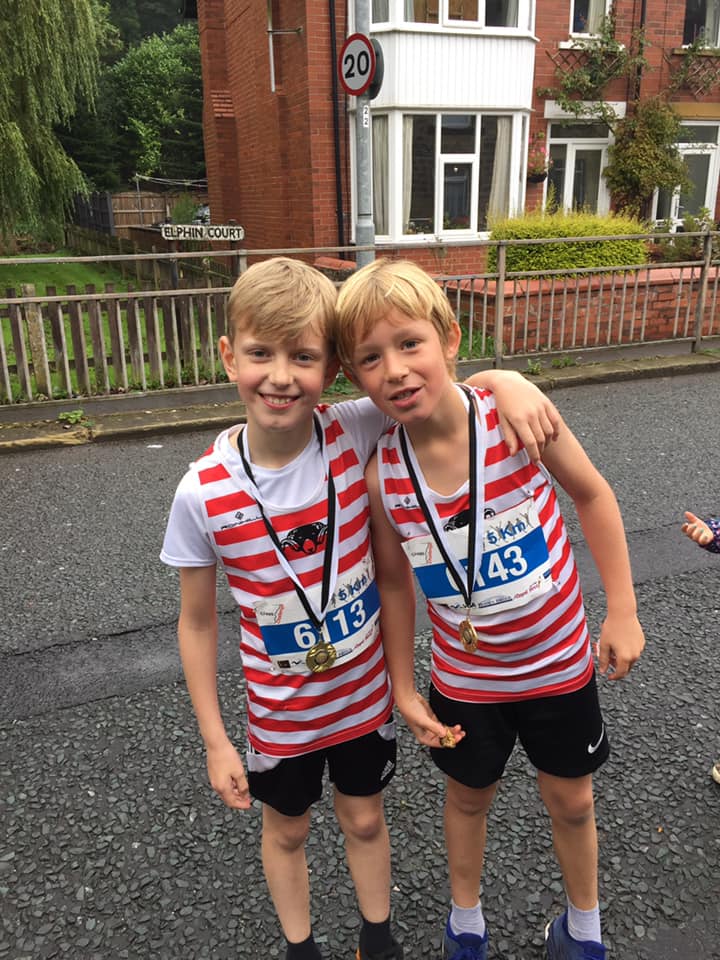