V40 winning team – mugs in hand ready for a cuppa. You’ve got to keep warm at their age. (obviously Sarah Rowell wasn’t part of the team) 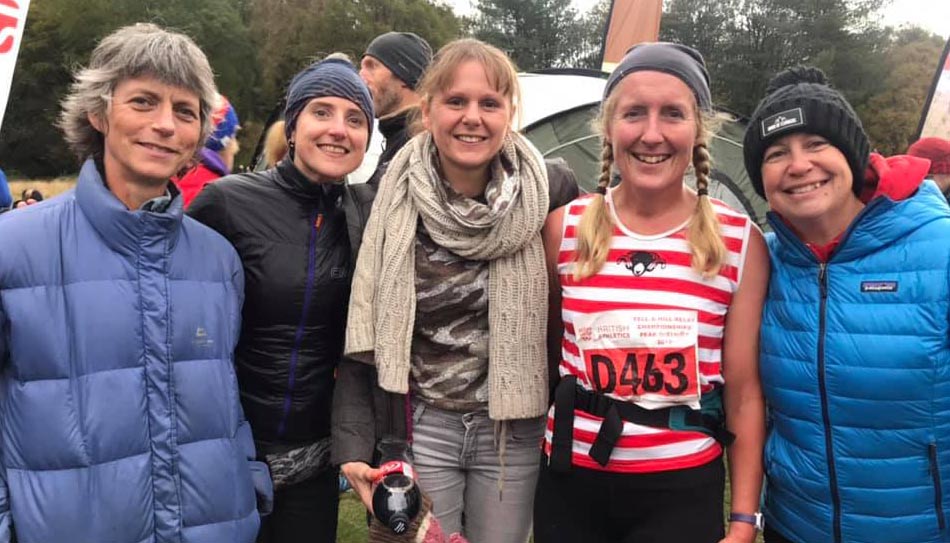 A very happy LV40s team who came oh so close to getting bronze. They even surprised themselves how close they were to medalling!!!

The women’s vet 40 was a much closer contest, with only 2.5 minutes separating the teams finishing 2nd, 3rd & 4th. The ladies red & white hoops were  – Leg 1: Jocasta Fletcher Leg 2:  Catherine Holden/Rachel Johnston Leg 3:  Natasha Butterfield/Jo Buckley & Leg 4: Jackie Scarf –  ran well overall, with fantastic performances in particular from Holden & Johnston on Leg 2 (jumping up 76 places during their leg) followed by Butterfield & Buckley on leg 3 (gaining another 55 places). In the end, the red & white hoops were pipped by only 30 seconds into fourth place in their age category by Helm Hill FV40 team.

Despite this bitter disappointment, it was agreed by all that this had been a great event – superbly organised by Dark Peak & their team of 200+ volunteers, with some tough running but amazing scenery & fantastic company/camaraderie.

Elsewhere, it was also a difficult weekend for CVFR’s international runner, Holly Page, who – despite running ‘conservatively’ in last Sunday’s local fell race, avoiding risks & remaining mindful of the need to stay injury free for skyrunning final this weekend – unfortunately suffered a slightly twisted foot that turned out to be close to a fracture. An MRI confirmed that she would not be able to compete in the Skyrunning SkyMasters at Limone in Italy this past weekend, although Page still went to the race to cheer friends & fellow competitors on. 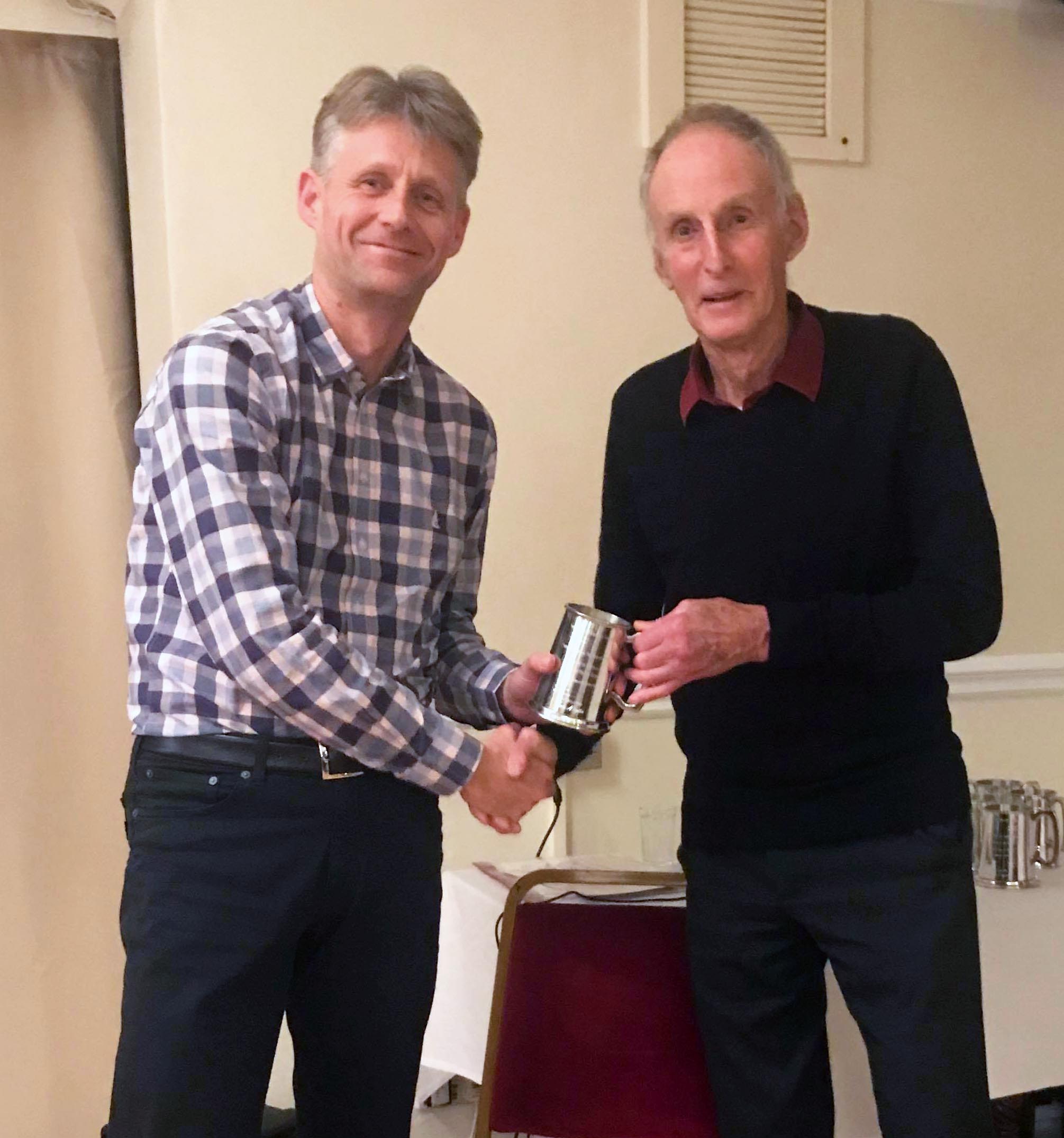 Simon with the legend that is Joss Naylor

Finally, this week also saw an important event for club ultra-runner, Simon Bourne, who was in the Lake District for the annual presentation evening for the Joss Naylor Lakeland Challenge – named for the fell running legend himself who devised this 42-mile route as a charity funding raising challenge for the over 50s  – crossing the Lake District from Pooley Bridge to Wasale, taking in an astounding 30 peaks & an eye-watering 17,000 feet of ascent. Bourne completed this challenge in June, in an impressive 10h & 47 minutes – the fastest time this year & fourth fastest ever. He was delighted to receive his award this weekend from Joss Naylor himself, who is still going strong at 83 years old!