The Half Trog is the little sibling to the 20 mile Trog, held in February. This race is still a serious undertaking, starting at the Hare and Hounds in Old Town and taking in the bogs, and pathless moors of Midgley Moor and High Brown Knoll, dropping down to Upper Dean Reservoir at the top of the Luddenden Valley. Nearly 10 miles in total. 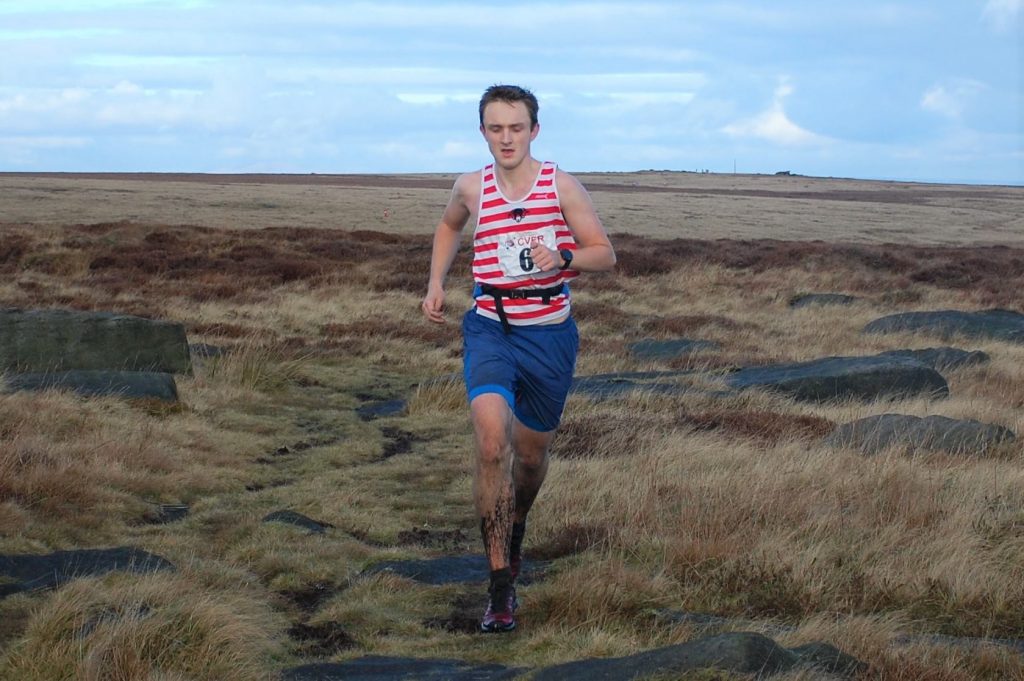 The moors had started to defrost on Sunday after last week’s freeze when 117 runners set off. Calder Valley’s Royd Rocket, Mark O’Connor, took an early lead to the first checkpoint on High Brown Knoll, his local knowledge taking him on a direct line over Tom Tittiman.

Mark said “The race started very steady up to the edge of the moor, we were pretty grouped up with about 15 of us leading the charge heading towards Tom Tittiman and I took the straight-line route over the Heather towards a little trod I’d reccied a few weeks back. I hit the after burners to make sure my route choice worked out and got to High Brown Knoll about a minute ahead of the chasing pack. I knew it was only a matter of time before they caught me. I eased off and settled into a more sustainable pace and managed to finish strong in 6th position behind 5 very good runners.”

Those good runners included Sam Watson of Wharfdale who won in a new record time of 1:11:12, only one second ahead of Daniel Mills of Barlick. If a fast runner takes the shorter lines, surely that record can come down further. Ian Holmes of Bingley was first veteran home in 4th place and 1:14:31. Nicola Jackson of Ribble Valley was 1st woman home in 1:17:35. 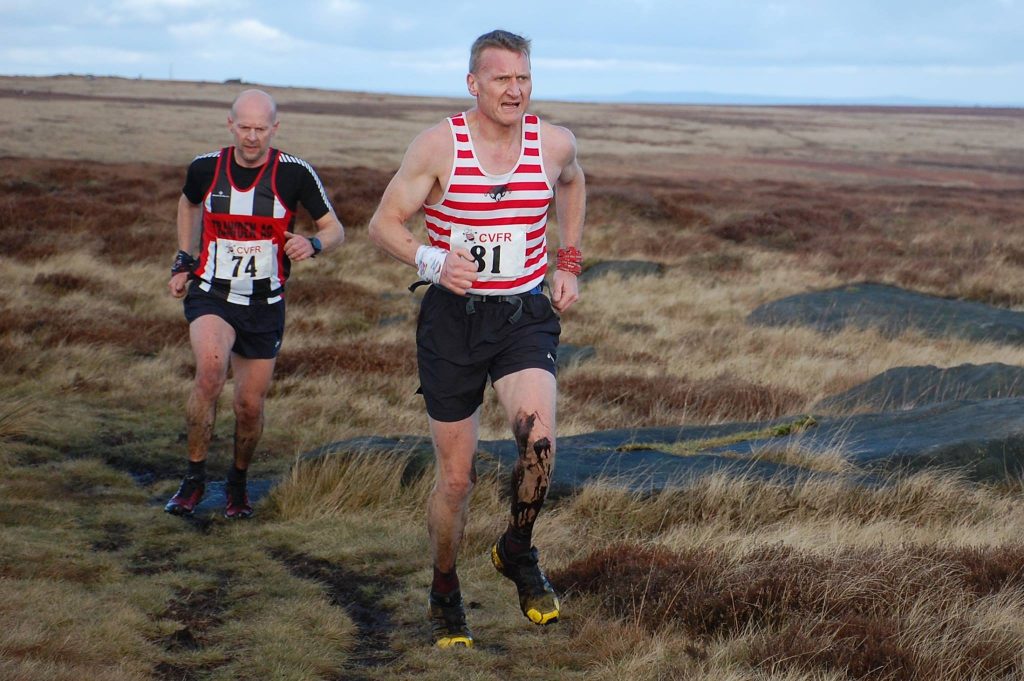 All eyes are now on next Sunday’s local race, the Vocation Mytholmroyd Fell Race.