The Lee Milll Relay has a formidable reputation. Two years ago the gruelling fell race in the moors above Bacup took place in high winds and lashing rain, resulting in some experienced runners suffering from hypothermia and others clinging on to the hillside for safety. 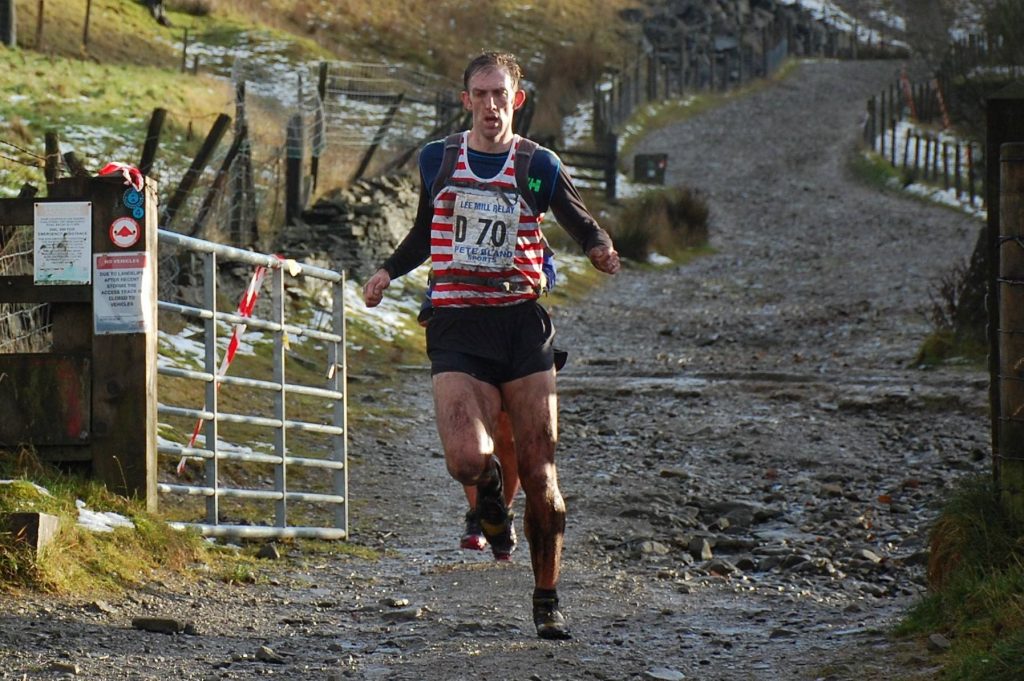 There were fears these conditions would be repeated this year, with snow and blizzards predicted. But, though it was wet and snowy with waist deep bogs in places, the race went ahead. After all, fell runners are used to these kinds of conditions.
With four six-mile legs run over exposed moorland, it’s a tough course, but Calder Valley Fell Runners were undeterred and fielded 12 teams – a total of 48 runners. Rather than putting the fastest runners in one team they focused on some intra-club rivalry by mixing the speediest and slowest to create teams of similar ability, with the fastest handicap team on the day scooping a prize. 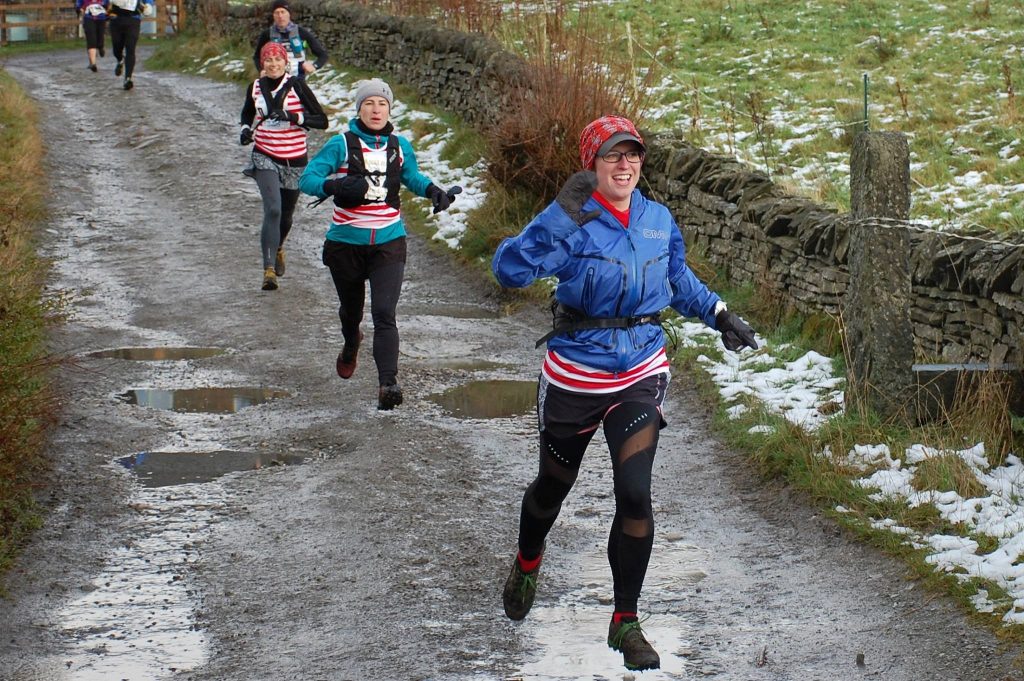 In this hotly contested race, the first team back was CVFR Gryffindor. The team contained a mix of runners, including adventure racer Phil Scarf who had an excellent first run and handed over to 18-year old Martin Howard who recorded one of the fastest runs of the day, showing that his training is paying off. Richard Ingram, who organised the handicap, had a great leg 3 and Iain Glendinning ran the glory leg for the team in style, with the four of them completing the course in just over 4 hours and 9 minutes.
Only a minute behind Gryffindor was CVFR God Squad, captained by Todmorden firefighter and speedy runner, Shaun Godsman. The team of Matt Wray, Anthony Costello, Lindsey Oldfield and Shaun ran brilliantly, with Shaun running the third fastest on leg four in just over 52 minutes.

Outside Calder Valley’s handicap, the club’s Quads of Fury had an excellent run, finishing 10th overall. The four runners were evenly matched, each putting in a run of around an hour to complete the full relay in just over 4 hours and 7 minutes.
Other notable runs included Mark Goldie who made it round the course despite an old injury flaring up part-way round and Mike Clayton who ran the course in a vest and running shorts despite having just returned from a month in Australia.
Overall, the men’s relay was won by White Peak Fell Runners in an impressive 3 hours and 32 minutes, and the women’s by Ribble Valley in an excellent 4 hours and 5 minutes. 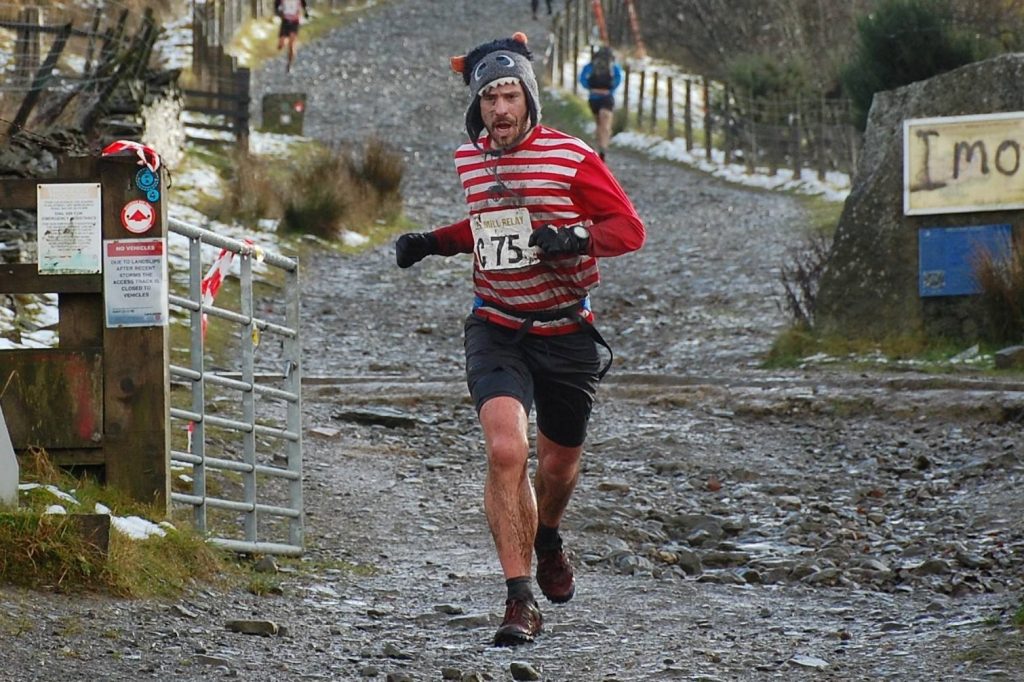