Hades Hill
It was a super result for Calder Valley runners last Thursday at the Hades Hill fell race in Whitworth. As the summer evening races are drawing to a close, Lindsey Oldfield, Gavin Mulholland and Carole Fryer took 1st places respectively for ladies, men and ladies V50. Gavin won the race in a time of 34:02. The nearest competitor finished a full 3.5 minutes behind him. Roman Sustovs also had a great race in 7th. Similarly, Lindsey finished in a time of 43:34 and was a full minute in front of the next female. 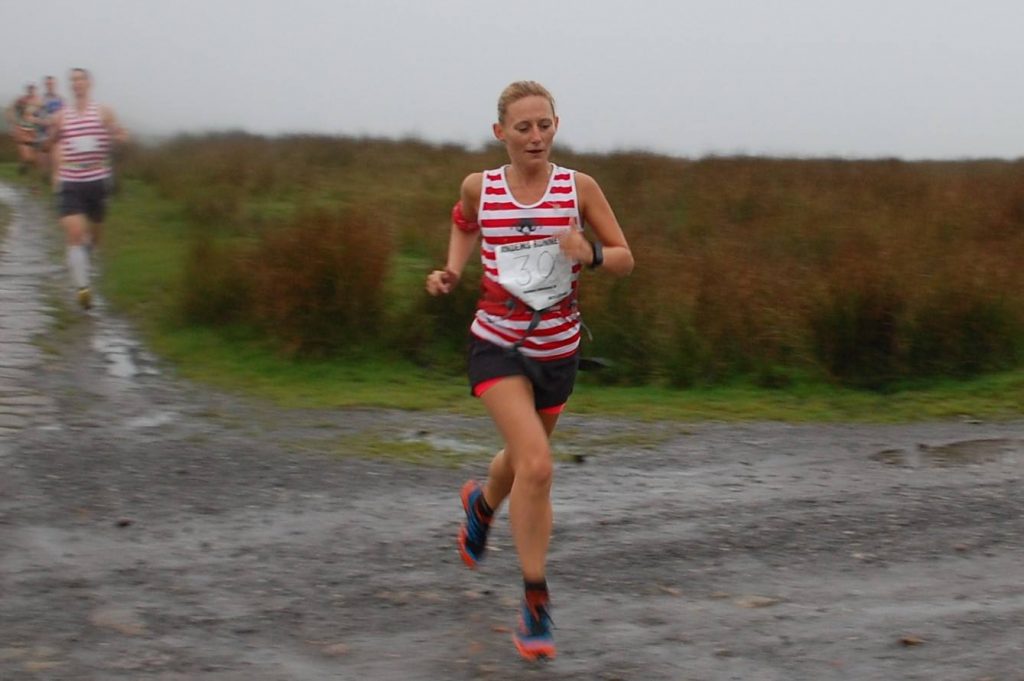 Yorkshireman Off-Road Marathon and Half-Marathon
It was also one of the closing races for the Calder Valley club championships this last Sunday. Although the first place positions are tied up, the 26 mile Yorkshireman off road marathon still provided good battles further down the pack. Taking in a circuit of the Bronte Moors before heading through the countryside between Denholme, Wilsden, Harden and Keighley, the route is considerably harder than a road marathon being on stony footpaths, boggy moors and climbing about 3200ft through the course. 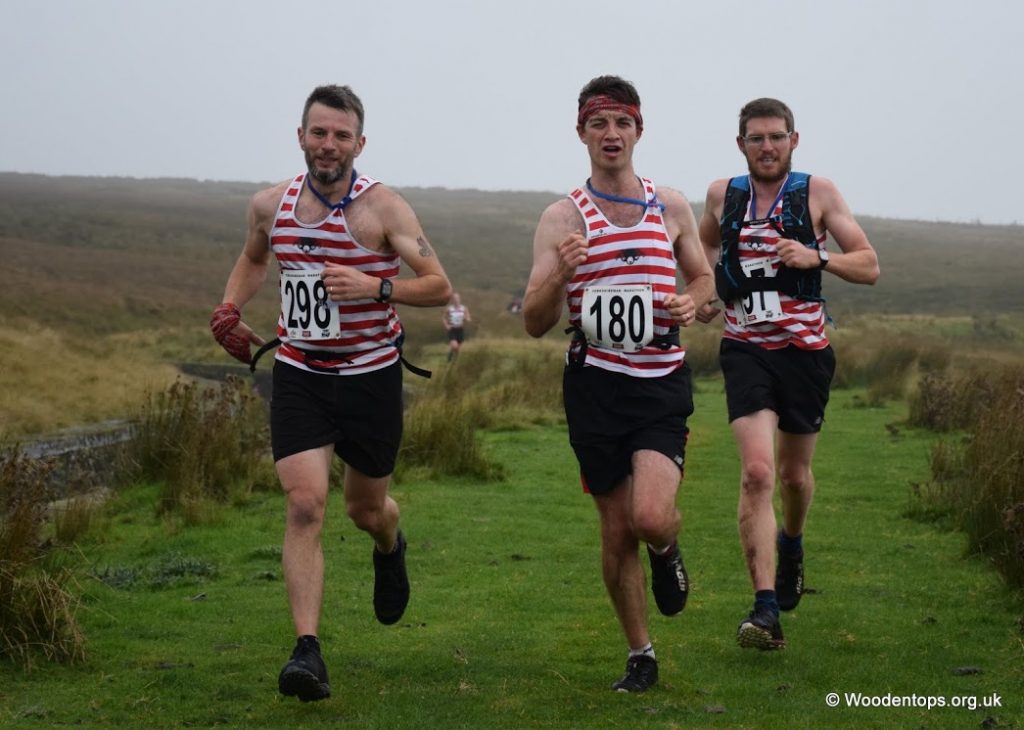 In particular the battle for 2nd place men between Dougie Zinnis and Iain Illstone was exciting. Said Dougie “We set off from Haworth in fairly good weather conditions sticking to a vest. There was a good turn out of CVFR runners. Paul Haigh, Iain and I decided to run together for the first half to pace each other on the climbs. There was good support on the way around (Jocasta Fletcher had a Calder flag shouting support) and the bogs were very wet as expected. After the second trip to Ogden I pushed on from the lads creating a good gap finishing in 3hrs 51mins in 8th place and a happy man.” Iain and Paul went on to finish 12th and 13th respectively with only a second between them. Toby Sydes also had a great race, knocking 15 minutes off his personal best to come in 34th place.  Carolyn Shimwell / Liz Lloyd came 16th in the paired event in 6:09:20
Calders Full Marathon Results
In the half Yorkshireman Dan Marsden, who has struggled with injury this year, was first Calder runner back in an excellent 35th place.  First Calder woman, Ann Holden also had a good race as 7th woman and 49th overall, knocking over 20 minutes of her time from last year. 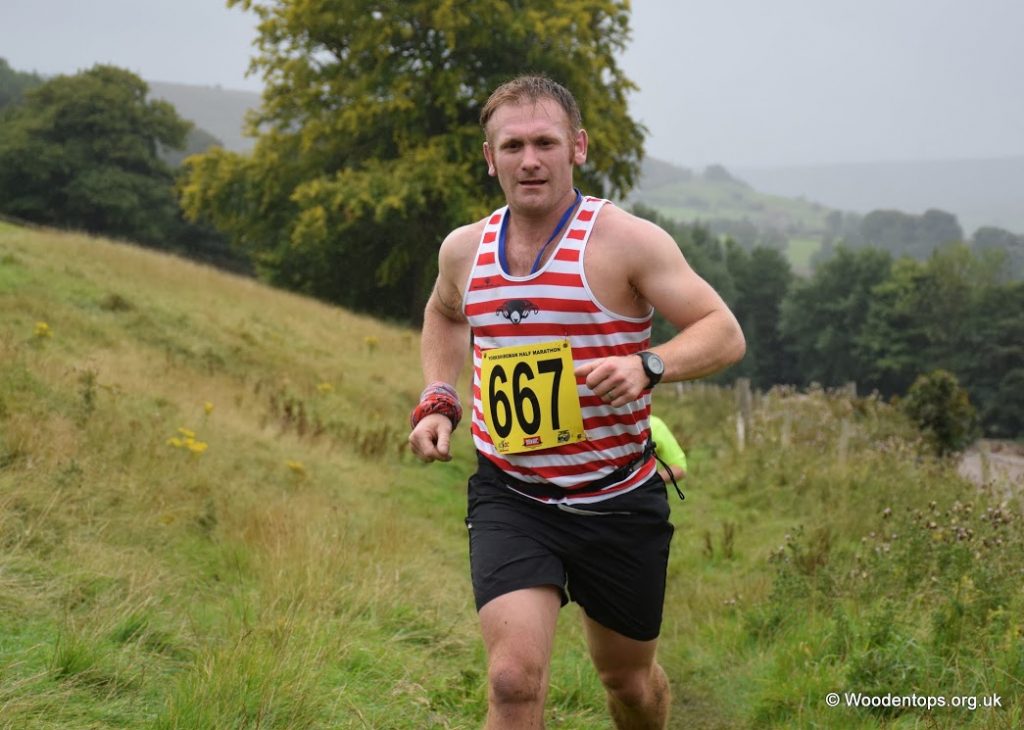