Sunday saw the running of the annual Heptonstall Fell Race. Always thought of as a tough race, organisers were expecting reduced numbers after two days of rain. Sunday was no let-up either with rain and strong winds forecast all day. However a record turnout of 260 runners toed the line for the 15 mile race with nearly a kilometre of climbing. With prizes from local businesses including Slightly Foxed Brewery, Hebden Bridge Picture House, The Bookcase and local authors Andrew Bibby and Chris Goddard and massive support from the villagers, St Thomas Church, local Scouts and Calder Valley Search and Rescue Team, as always, it was a great community event. 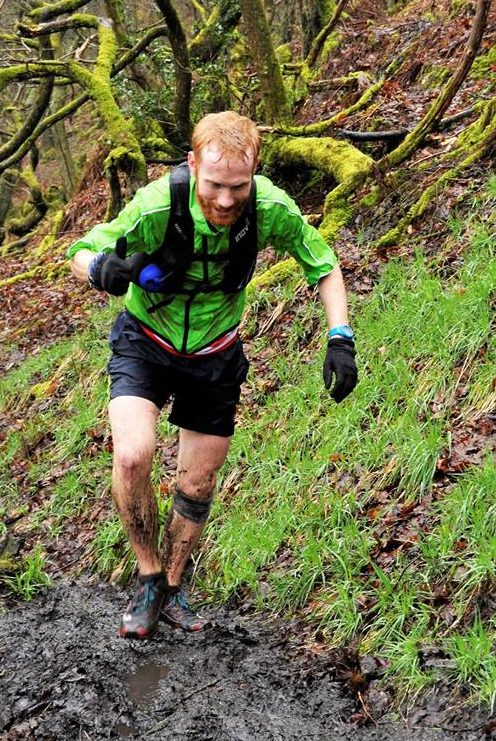 Andy Swift, First back for Calder Valley and 2nd overall.

The forecast didn’t disappoint with wind and rain continuing through the race. This meant the paths were very muddy and it was a testament to the runners’ skills that there were only 10 retirements. However, slides and pirouettes were plentiful. Mytholmroyd Scouts, marshalling the hill top checkpoints of Standing Stone Hill, Greave Height and Turn Hill, faced the toughest conditions. 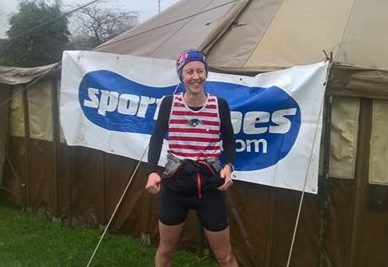 Jo Buckley at the finish

Calder’s Jo Buckley was first woman home in 2:29:36 well clear of second placed Karen Pickles (Pudsey and Bramley), Lindsey Oldfield was third in 2:40:00. There was a close finish for the men with just over a minute separating the first three runners. Andy Swift and Karl Gray, both of Calder Valley Fell Runners, chased Jack Wood (Ilkley) through Crimsworth Dean but Wood held them off to the finish recording a time of 1:57:41. Swift was second and Gray third. Gav Mullholland came slightly adrift from the first three but came in fourth to give Calder an easy team victory. 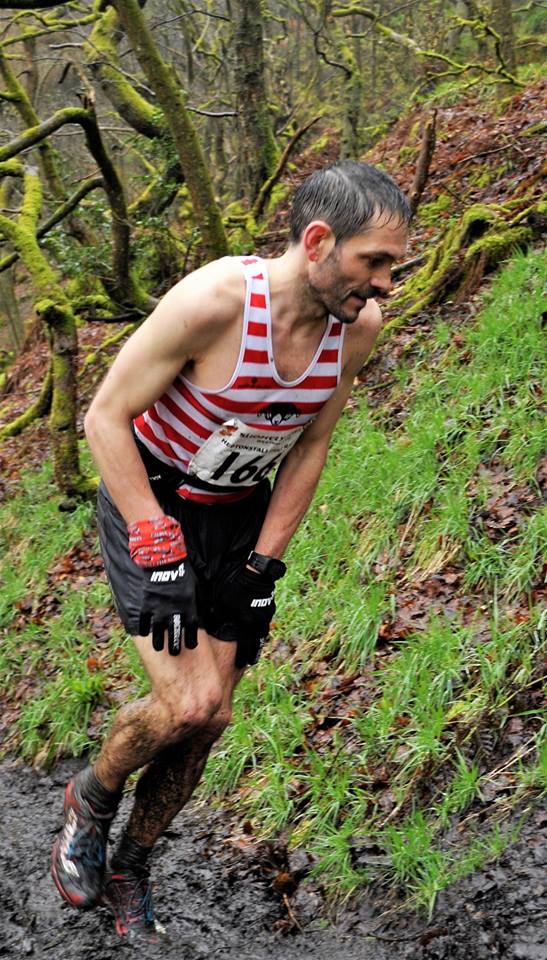 Karl Gray on the final steps still braving the vest!

As the first long race in the Calder Valley Club Championship there was a good turnout of 31 runners from the club. Some close results saw Mark O’Connor just pipping ultra-supremoes Kevin Hoult and Ian Symington. Iain Illstone gained top handicap points finishing just seconds ahead of John Allan and Iain Powell. Gloria Ayuso’s result sees her second in the Women’s Championship behind Oldfield. 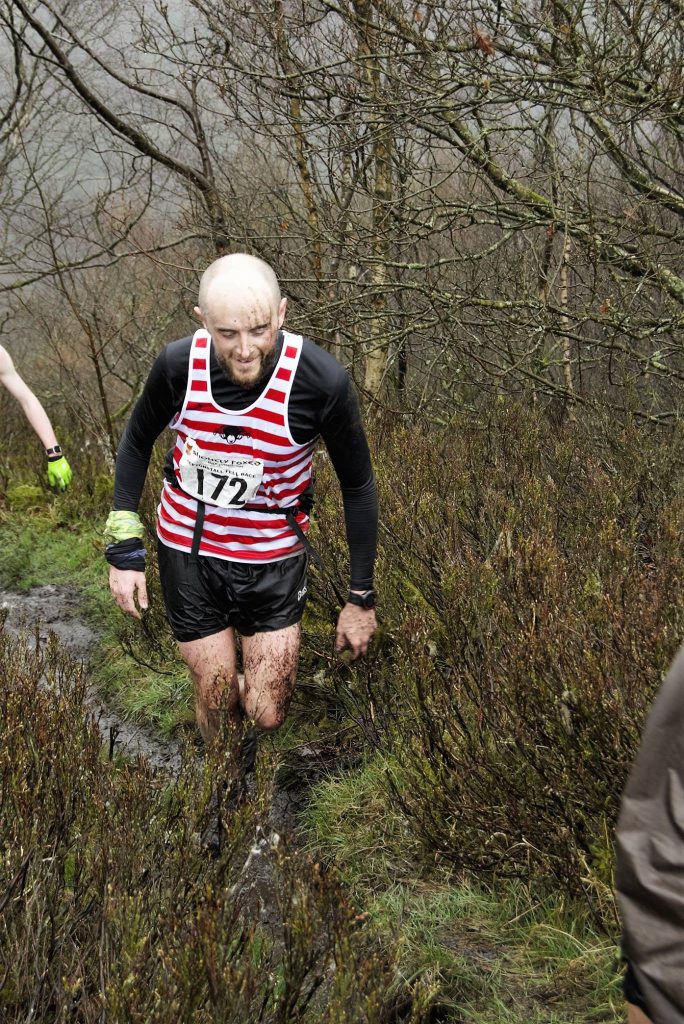