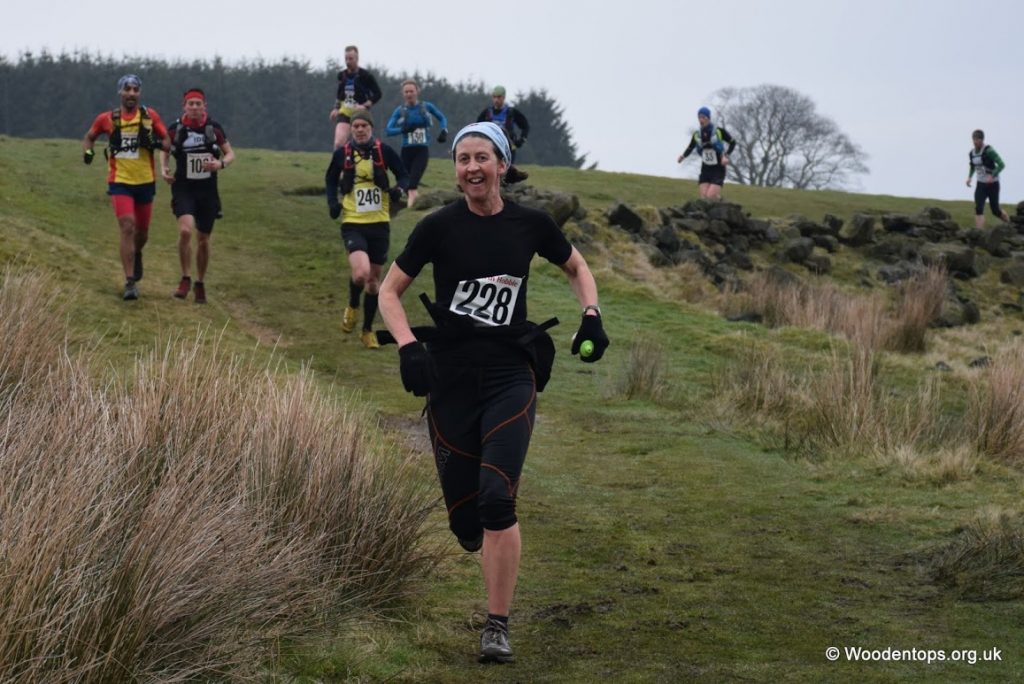 With 32 miles of off road running around the hills of Calderdale, the Howarth Hobble is always a tough race. But it was made all the more competitive this year because it was being used as a trial to decide who would run for Great Britain in the international trail running championships in Italy this summer.

With over 400 people taking part the race was full and, for the front runners at least, the stakes were high. As a local club with some of the UK’s leading fell and ultra runners, there was a strong turnout of runners Calder Valley. 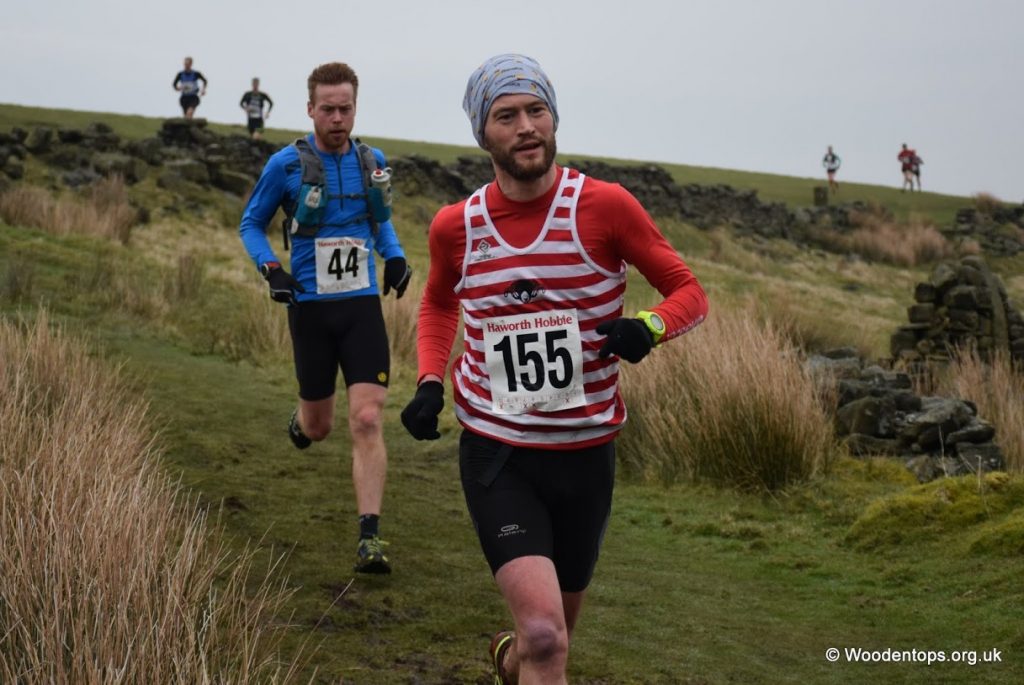 The long race, which includes a mile of ascent, begins in Haworth, takes runners across the moors of Crimsworth Dean and along the Calderdale Way, down into Todmorden before going back up to Stoodley Pike, descending into Hebden, up again to Heptonstall and back along the moors to Haworth.

Because it was a trial for a GB vest, speedy runners were out in force, among them Calder Valley’s Math Roberts, one of the club’s elite runners. He had an excellent run and despite getting lost on the descent into Todmorden was third, finishing in just under 3 hours 56 minutes – only a minute behind the race winner Thomas Payn. Second for Calder Valley was Kevin Hoult in 12th place, and third for the club was Ian Symington just behind in 14th place. Together they took the team prize. To give an indication of the speed of the race this year, all of the first 8 runners beat the previous course record.

Jo Buckley also had an excellent run, finishing as 3rd in the female V40 category and 6th lady overall, completing in 4 hours 53 minutes. Jim Mosley ran the Hobble for charity and, having run the course in 5 hours 35 minutes, raised over £1,000 for Overgate Hospice. 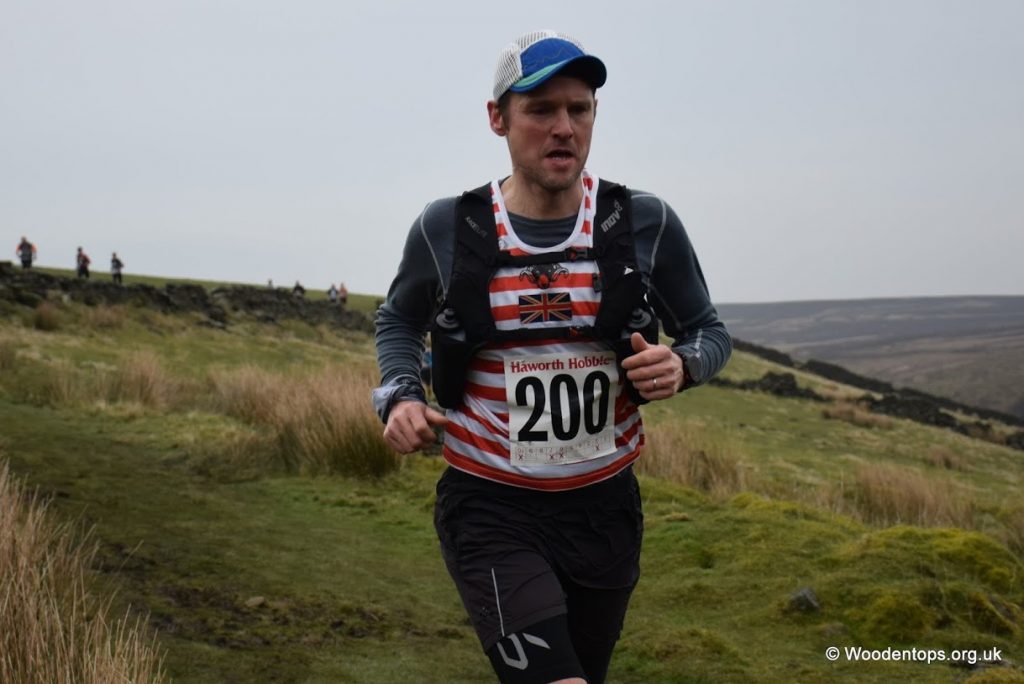 “Beforehand I was a little worried about cramp but more about the issue that’s blighted me in so many races – getting lost! Little did I know that the route was totally unmarked.”

“The first eight miles felt good,” he continued, “but I saw a gap developing up ahead, so I put my foot down and caught the leading group. Inevitably, though, I got lost descending into Todmorden – having been two minutes ahead of the next group, we were now two minutes behind.”

“From Hebden Bridge the real grind kicked in and I slowly moved through the pack, with Gareth Hughes of Mercia the only guy I could not get rid of! Then, as the last descent approached, Kyle Greig had somehow caught us up. So a madcap sprint ensued through streets of Haworth. I led us down a dead end lane, Gareth took advantage by spotting the correct route and he got me by a split second with Kyle a split behind me. Not the desired finish after 32 miles of running! So, very happy with 3hrs 55mins. It was definitely the hardest I’ve pushed myself in any race, particularly that last section from Stoodley summit to finish. Fingers crossed to see whether the two Welsh ‘Exiles’ get a place in the GB squad!” 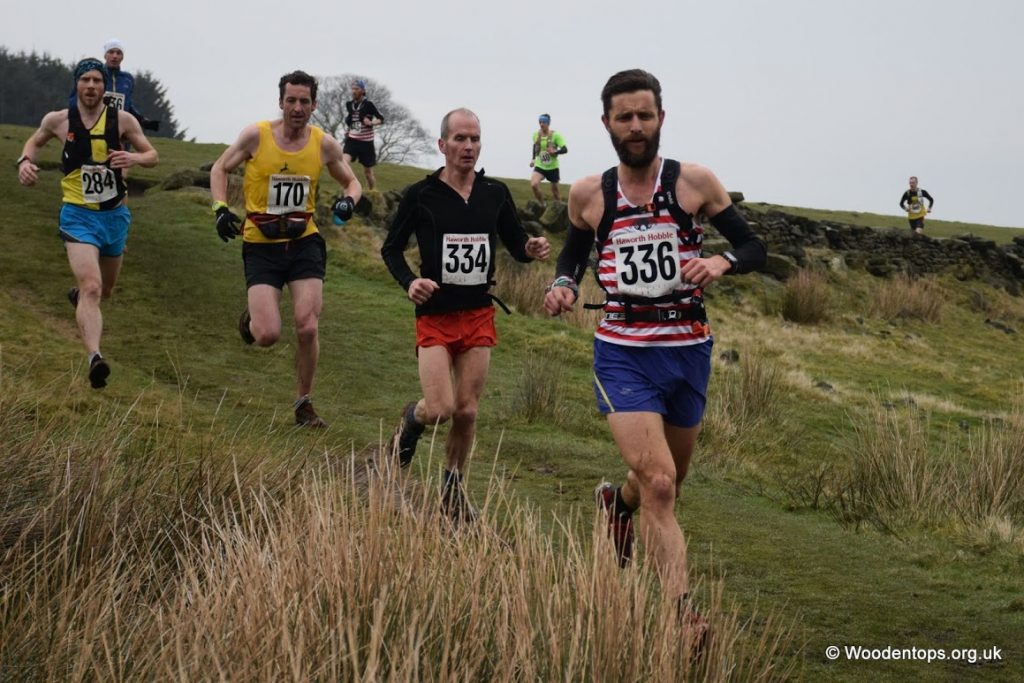 Matthew Roberts – Earning that GB vest at the Howarth Hobble