A contingent from Calder Valley Fell Runners headed over to Skipton to pick up no fewer than ten medals at the Fell Runners Association annual do hosted by local club Bingley Harriers. After an excellent season for the club, the evening was a chance to celebrate.

Though his energies this year have centred on international mountain running, Ben Mounsey took bronze in the English Championships.  This was the first time that any senior man had picked up an individual medal for the local club. Karl Gray, always at the top of the medal table, got bronze as a Vet 40 and joint gold in the Vet 45 category with the legendary Ian Holmes. Gayle Sugden, despite struggling with a back injury this season, took a well earned bronze in the women’s Vet 40 category.

A rapturous applause from his team mates as worthy winner Dick Spendlove took an impressive gold medal in the Vet 70 category. Calder Valley also took silver in the women’s team event. The Vet 40 men, after a slow start due to injury, took team gold. In the British Championships which involves running in England, Wales, Scotland and Northern Ireland the club again showed strength in depth taking various honours. 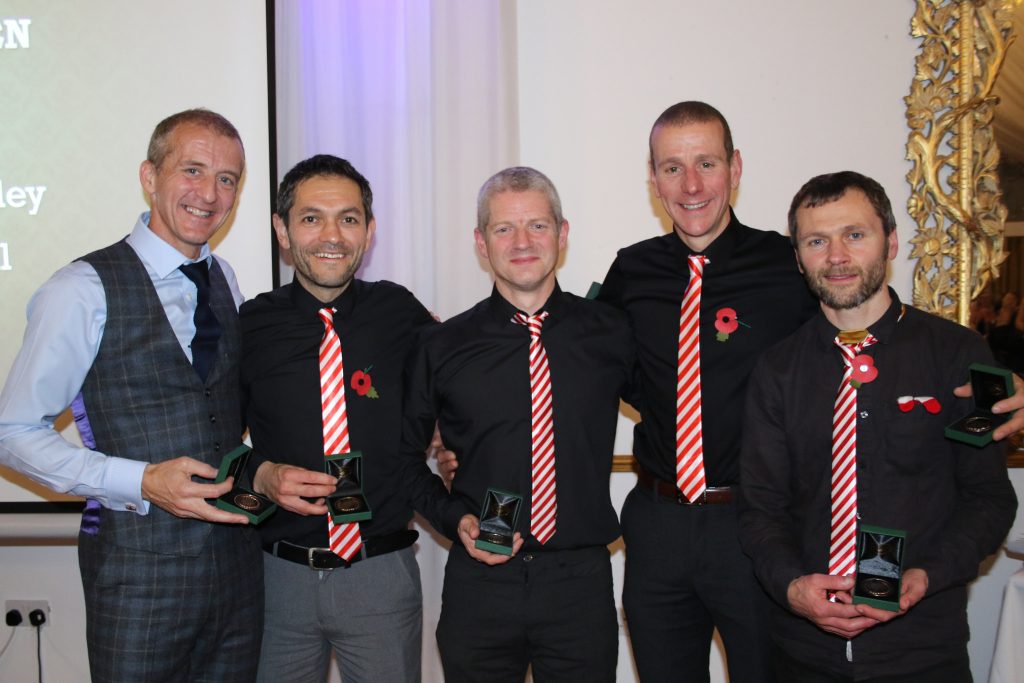 Karl Gray was the only individual medal winner with bronze as a Vet 40. His contribution to the Vet 40s also meant that they came out top taking team gold. The senior men, who were not at full strength for part of the season, managed to take team bronze. It took team work and commitment from different club runners to secure all of the team medals that the club won at both championships.