When the snow came down on Saturday most sensible people were tucked up in front of a fire. Not the fell running community, which took to the hills for the Tour of Pendle, a classic 17 mile fell race with 5,000 feet of climbing. It’s a hard race at the best of times, but with thick snow, blizzards and ice water under foot, this was not the best of times.

More than 400 runners braved the conditions with 20 from Calder Valley Fell Runners turning out, despite the weather, because it was the final long race in the club’s championships series. 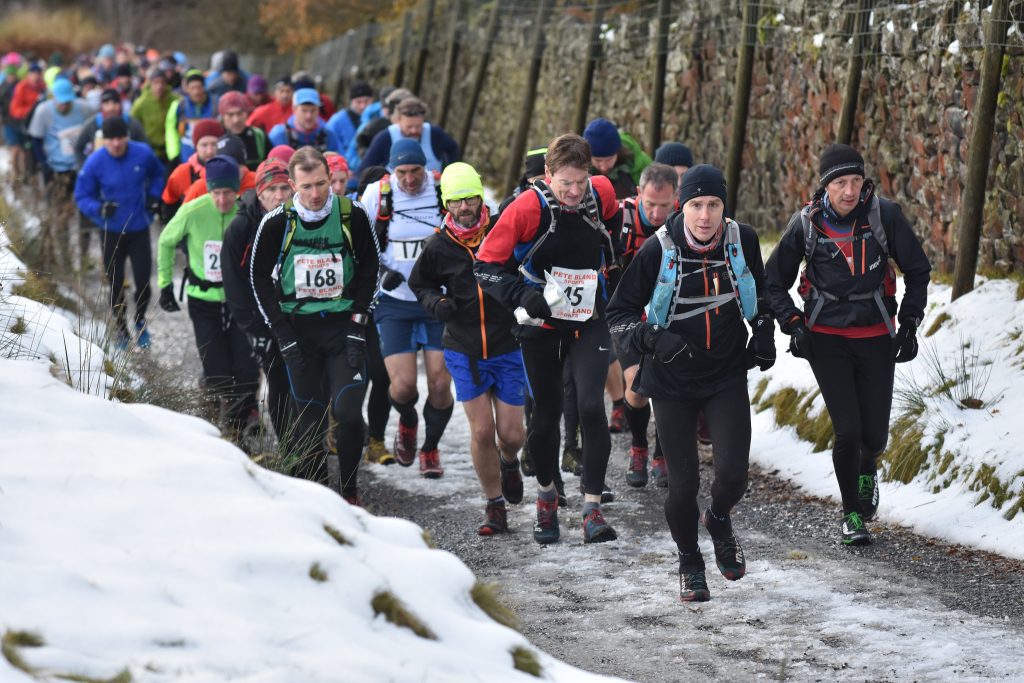 Andrew Meek at the Tour of Pendle

With the route taking competitors up and down Pendle Hill four times, each time steeper than the last, it’s a race requiring endurance and consistent pacing.

Karl Gray, fresh from winning joint first in the English Fell Running Championships V45 category, had an excellent run. He took the conditions in his stride, battling as always with some of the county’s fastest runners all the way around. Gray finished in second place, just 10 seconds behind the winner, Ilkley Harriers’s Jack Wood – and one place down on his win at the Tour of Pendle two years ago.

Tim Ellis of Calder Valley was also looking strong early on in the race and in contention for a win, but was retired from the race before the finish. 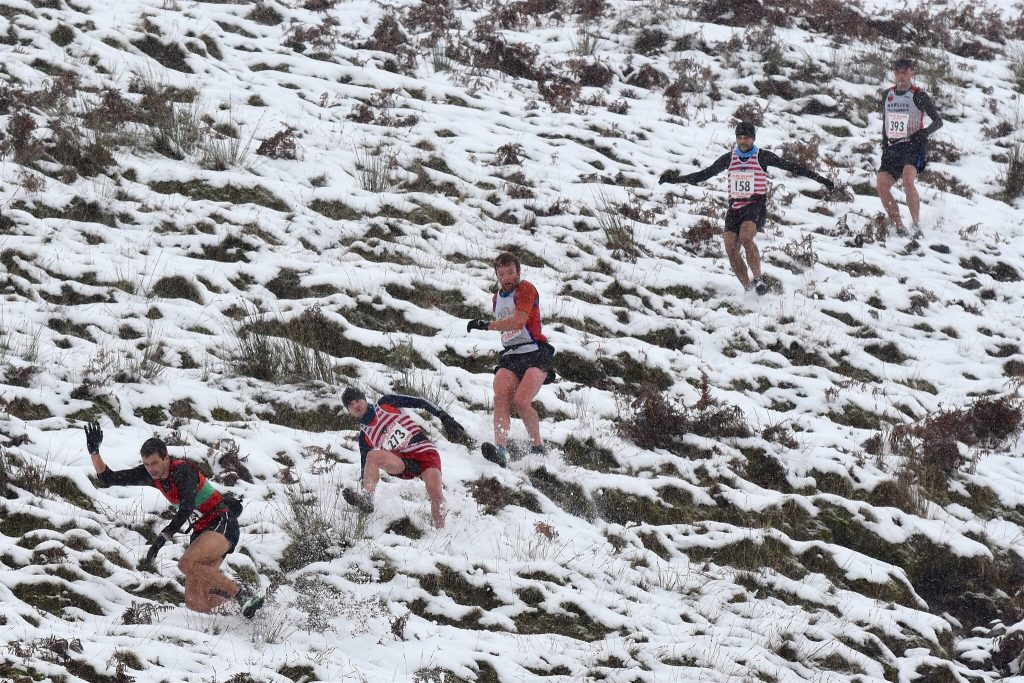 Andy Wright, who was supporting Calder Valley runners on the day, said: “Other than the front runners there wasn’t too much racing for places going on; it was more of a battle against the conditions, everyone competing against the hill and the wind.” 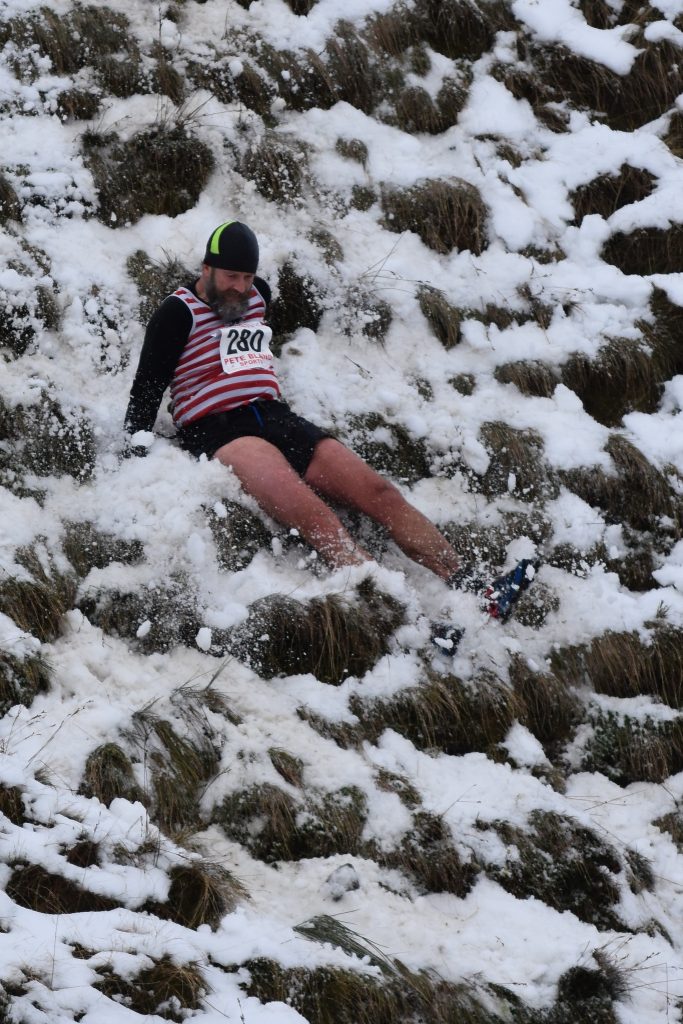 With this the final long race in Calder Valley’s championship there were, nevertheless, a number of notable runs.

Tamsin Cooke, running at times with her husband Jim, kept the pace needed to beat the cut-offs and got the 6th counter she needed to win the club ladies championships. Mark O’Connor ran well across the course, finishing in an impressive 32nd. Ian Powell and Mark Wharton, who have been fighting for the club’s V40 championship win all season, were able to relax with their race positions confirming they will be crowned joint winners.