Always a firm favourite on the local fell running race circuit, this weekend saw Calder Valley Fell Runners organise the Half Trog fell race – the younger sibling to the Full Trog race, which is held earlier on in the year in February. 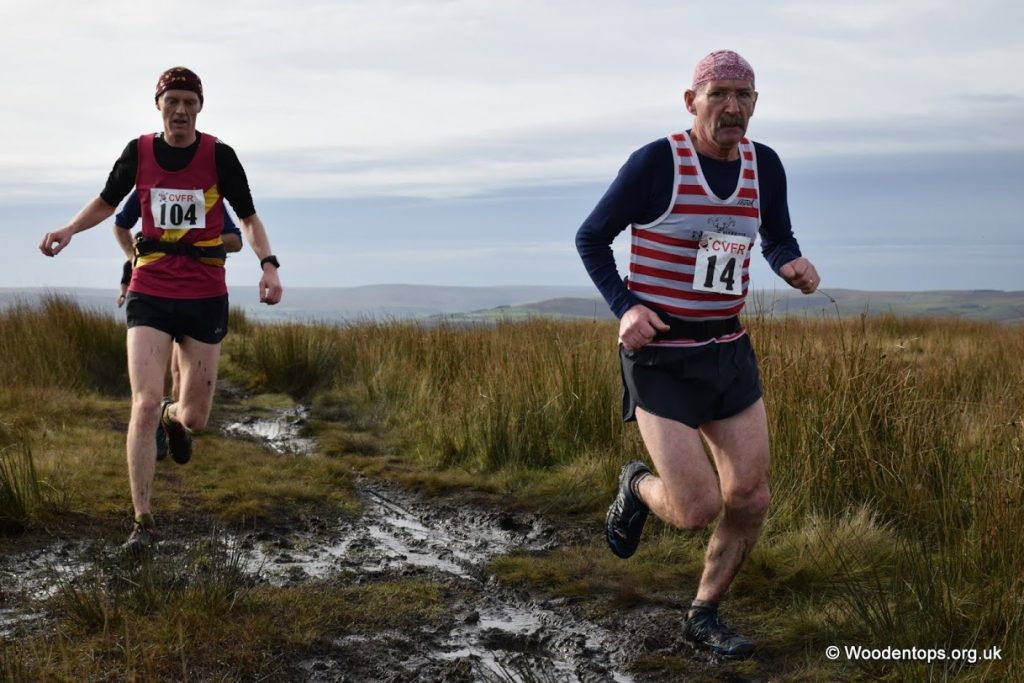 Dave Beel’s in fine form on his come back race after several months out.

A bright sunny day greeted 108 keen fell runners, who set off over Midgley moor to navigate round this classic 9 mile course (1,400 ft of ascent): the going under foot was boggy to wet! James Logue of Calder Valley turned out and was looking to defend his victory from last year. 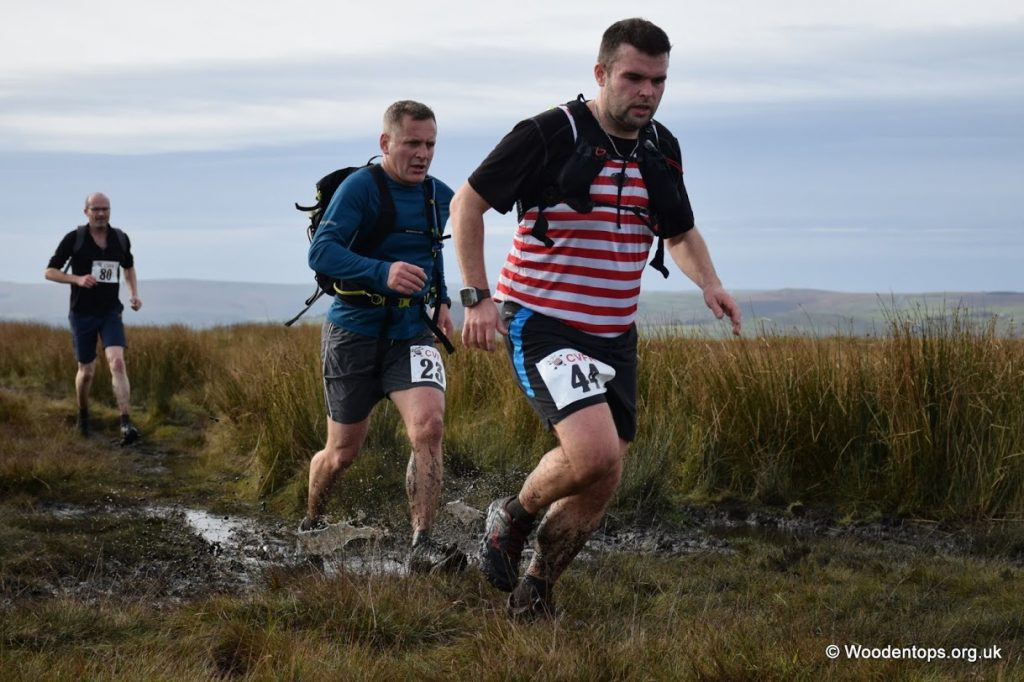 Dan Biggs continues to knock of the minutes at the Half Trog, roll on 2017

A front three soon developed, being led by Logue, closely followed by Sam Watson from Wharfedale Harriers and Mark O’Connor of CVFR. The positions of these three runners then remained constant for nearly the rest of the race. Sadly for Logue, he was not able to defend his title from last year, as Sam Watson left his shoulder on the final sprint down from the moor to the finish in a time of 1:14:03. Logue finished only 9 seconds behind Sam, yet luckily was able to retain the course record and take first Veteran 40.   CVFR did well overall with Mark O’Connor and new club member Rob Allen taking 3rd and 4th place respectively, ensuring Calder Valley took the team prize.

First female back and 5th place overall was Birthday Girl Nicola Jackson of Preston Harriers, in a time of 1:18:44 – taking 15 minutes off the previous female record. Nidd Valley took the female team prize.

A special mention to the Veteran 50 winner Bill Johnson of Calder Valley, who finished in 7th position overall in 1:20:09; not bad considering he had been a very late night reveller at the Fell Runners Dinner the night before! 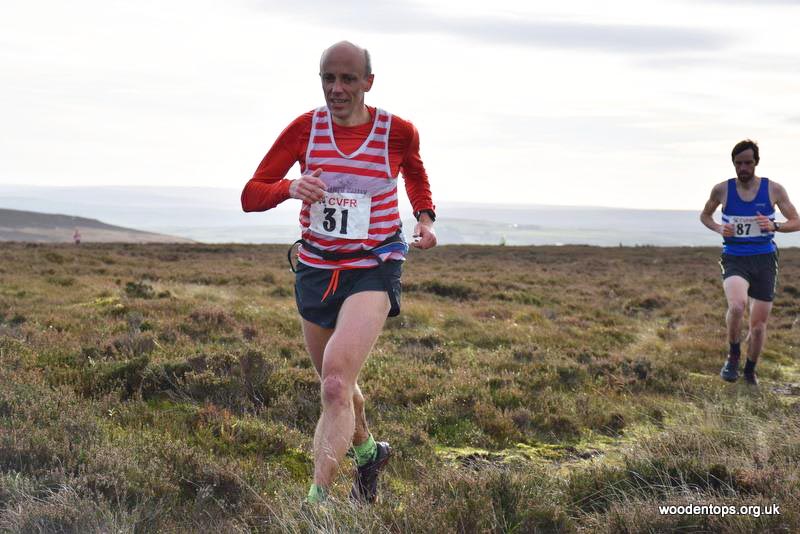 Bill had this to say:

“By the first checkpoint, High Brown Knoll, the leading CVFR runners’ positions were sorted: James, Mark, Rob and me were 1st, 3rd, 4th and 5th. After the turn around near Cock Hill, Lewis Wright and Nichola Jackson came past me, and the first 7 places stayed the same after that. Lewis and Nichola would have gone past Rob towards the end, but Rob’s knowledge of the moors meant he took a better line and stayed ahead of them.”