A handfull of Calder valley’s men headed to fort Williams on Saturday to race the UK’s highest mountain. “The Ben” stands at 4409ft which is scaled in a short but brutally painful 4 miles.  Touch the top and prepare for the death defiying descent with complete quadriceps destruction.  Succeed at this and it will put you in good stead for any future race in the calendar.

Findlay Wild produced another unbelievable win in 1:28:45 with Valley’s Karl Gray finishing in an outstanding 6th position clocking one of the quickest decent times. 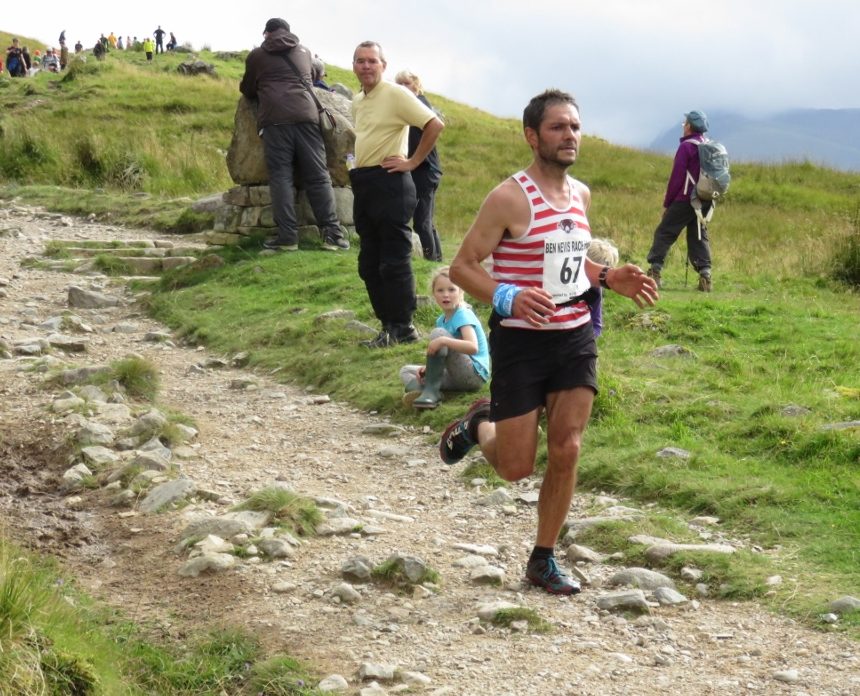 The annual Blackshawhead Fell Race went from the Blackshawhead Fete last Saturday, the wet weather making for a heavy course. A fast route out to Standing Stone Hill is followed by a speedy return along the Pennine Way before the sting in the tail – the climb from Jack Bridge back to the Fete ground.
The race was won by under 18 Watson Peel of Halifax Harriers in 41 minutes and 12 seconds. In second place, Gareth Clarke was first back for Calder Valley, he’s been putting some good training in recently and it’s paid off with this excellent result. Third was evergreen V50 Mark Wharton. Wharton and club mate Mark Goldie who had taken turns leading the race in the early stages.
The women’s race was won by Rebecca Patrick of Todmorden Harriers, with Gloria Ayuso first woman back for Calder in 56 minutes and 1 second. All the marshals got prizes because the weather was so bad.

A new race for the fell running calendar, the Castle Carr Fell Race takes in ground usually out of bounds. Starting at the Hare and Hounds in Old Town, and with thanks to the landowners, the runners were allowed to run through the grounds of the Castle Carr estate, past the famous fountain and the ruins of the old hall. The route then circuits the moor via Whithens Stoop on High Brown Knoll before descending down to Redacre Woods, Mytholmroyd. The real challenge now lies ahead as the route climbs 1000ft in just over one mile back up to Sheeptones trig point, drops halfway down the valley again before heading up to Crow Hill above Midgley. Down into the Luddenden Valley and up to the Rocking Stone, the runners were delighted to then cross Castle Carr again before heading to the finish.
Ben Mounsey took the spoils in this inaugural race. After the race he said “Castle Carr is a proper fell race! Seriously tough. 15 miles with 4000ft of climb and navigation needed for about 12 miles of the route. I fell about 15 times, smashed my knee, ruined my hip, swore lots, hobbled in, lost about 3 minutes with a few poor lines, un-runnable in parts, pretty damn epic and a race only for the toughest and hardiest of them all. It chewed me up and spat me out but the good news is I’m still alive….just! Although now I’m a complete physical wreck.” 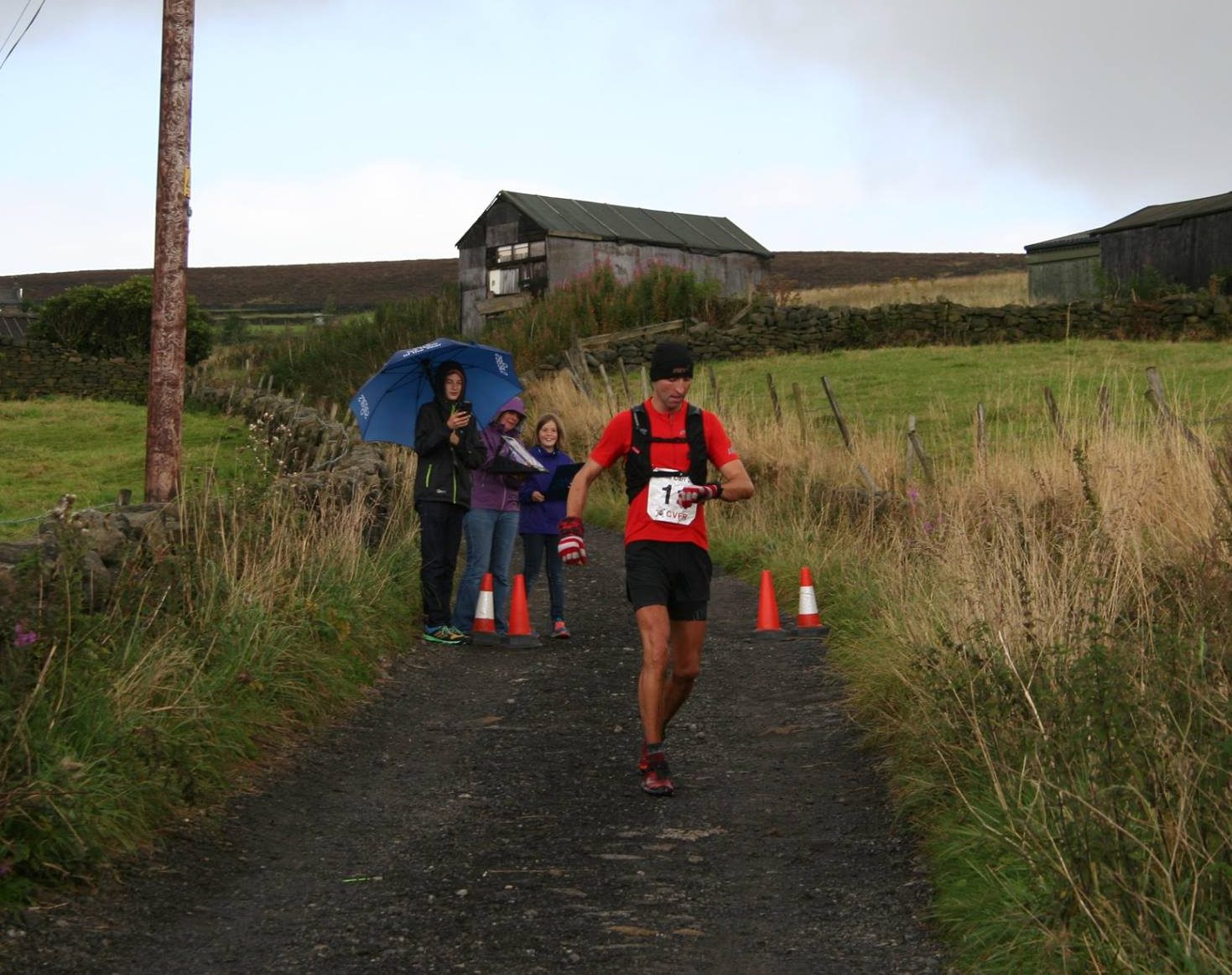 Natalie Murphy of Rossendale Harriers won the womens race in 3 hours 26 minutes and 6 seconds. Helen Buchan was first woman back for Calder.

There was a fierce battle between Kevin Hoult and Mark O’Connor for fourth place with Kevin taking it by 13 seconds.

2 new club members completed the race Douglas Zinis and Emma Smyth. This was Emma’s first fell race. Quite an event to choose as your first, but she was still smiling afterwards.

Route choice was a key part of the day. Those who left their map and compass in their bag might have suffered a bit. Helen Buchan missed the entrance to Castle Carr Estate as she was worried about the cows on the moor – as did all those runners who trustingly followed her – costing them about 20 minutes right at the start. 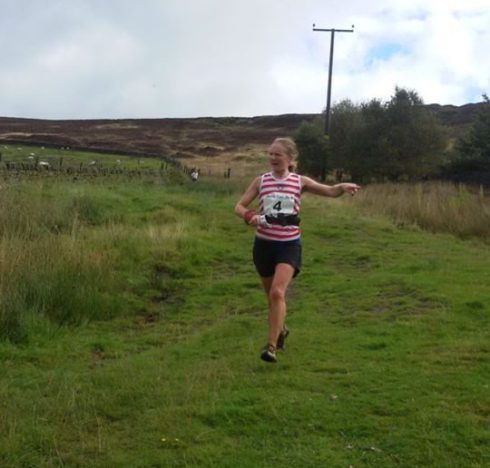 There was a report from the marshall at CP9 that Roman Sustovs had set off in the wrong direction from that checkpoint, looking like he was going for a second lap rather than back through the Estate. However he came in 11th place overall.
The race was organised by Bill Johnson, Calder Valley’s Chairman. After the race and talking to the finishers Bill said “I think I have created a monster”.